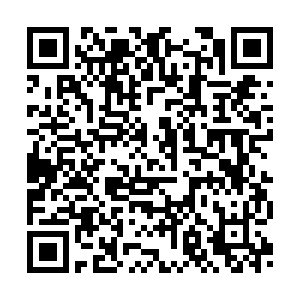 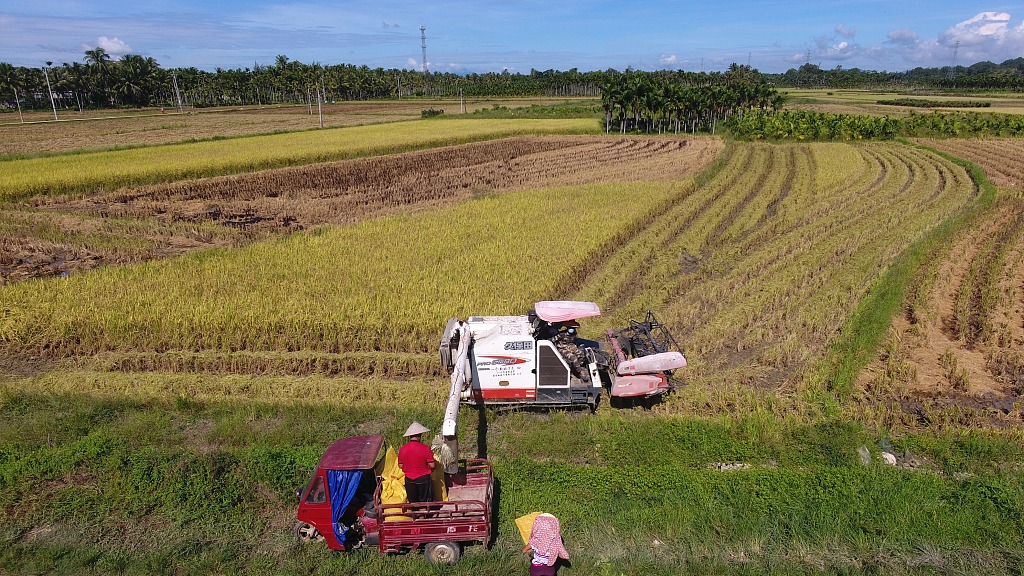 Due to COVID-19 and floods in several southern provinces, concerns over food shortage have arisen among the public. But experts and officials of the agriculture ministry have confirmed that the impact of floods in food supply are limited.

Food supply and demand in China 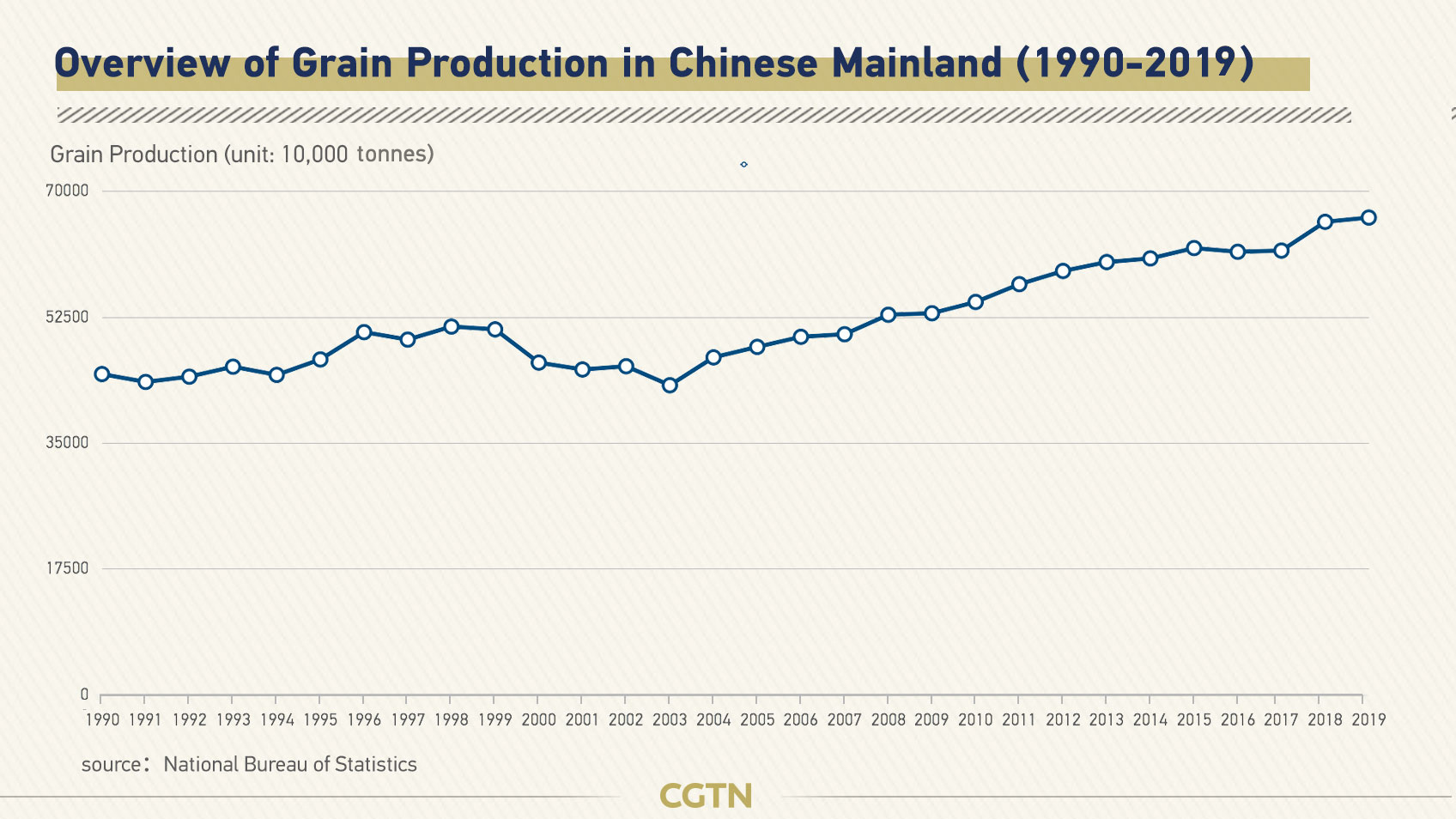 Moreover, the consumption of rice and wheat has been reducing year by year. According to the National Bureau of Statistics, from 2013 to 2018, China's annual per capita crop consumption dropped from 138.9 kilograms to 116.3 kilograms. 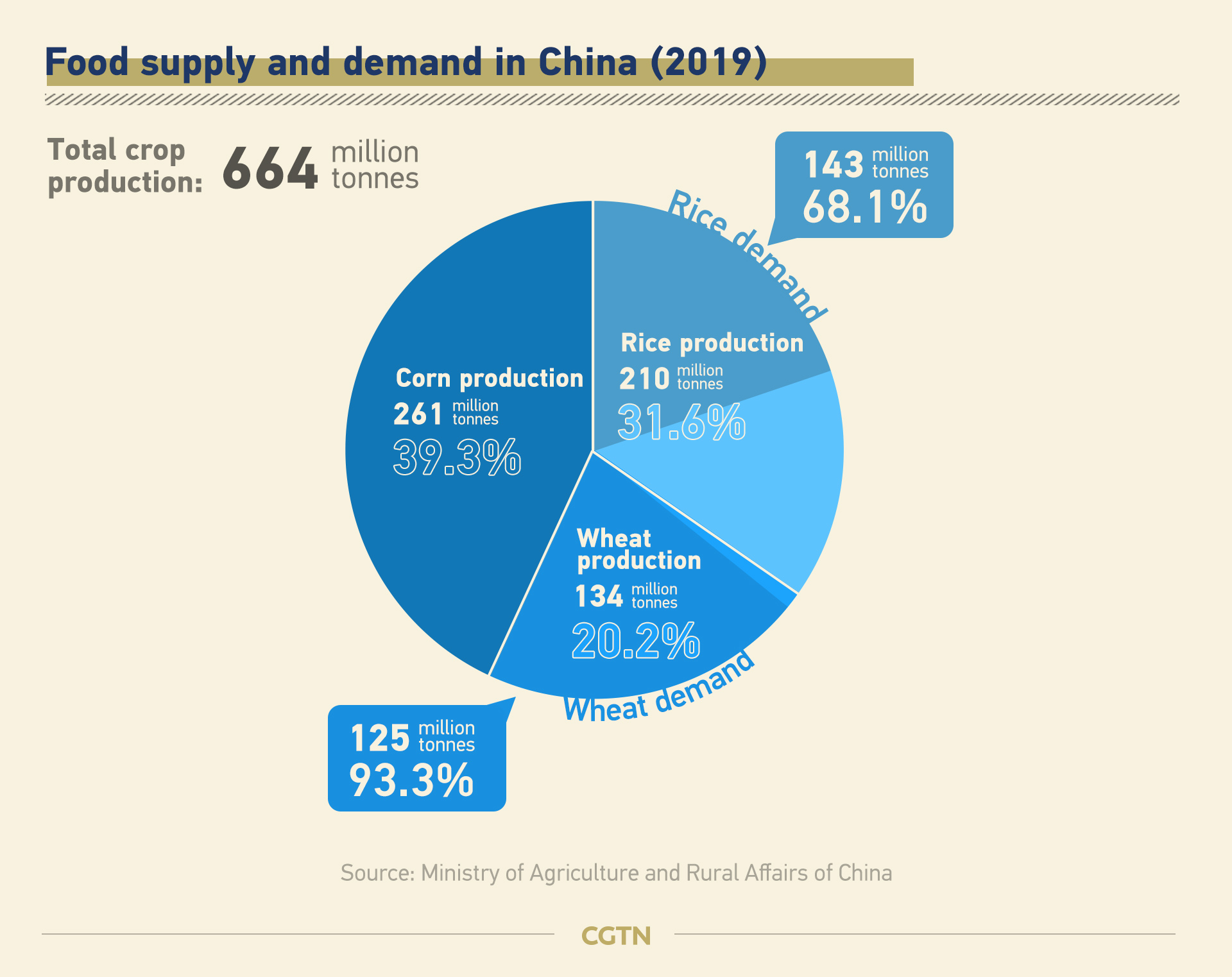 From the trade perspective, most of imported crops by China are feed grains, such as soybeans. Wheat and rice account for only a small part of crop imports. In 2019, soybean imports reached 88.511 million tonnes, accounting for 79.4 percent of total crop imports.

As to the inventory, the total government inventory of rice, wheat, and corn is about 300 million tonnes, which can fully meet domestic consumption, according to official estimates, and there are also crops kept by farmers and businesses as crop inventory in China includes two parts: government inventory and social inventory. 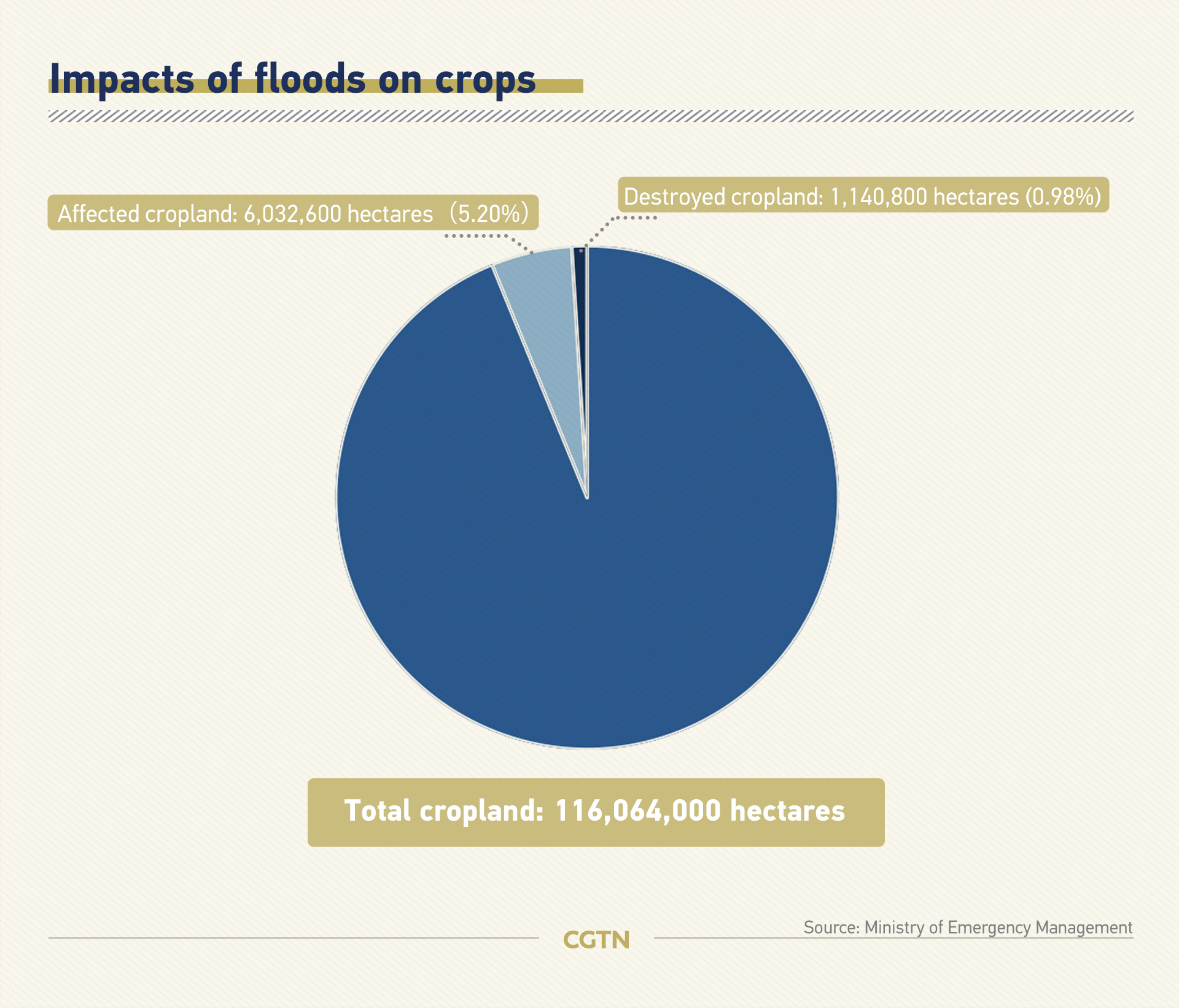 Five percent of cropland in China was affected by floods, and only one percent was destroyed, which experts say will only cause a limited impact on crop production, according to the Ministry of Emergency Management.

Official data shows that floods have damaged 6,032,600 hectares of crops so far, of which 1,140,800 hectares have been destroyed. However, the total area of croplands in 2019 is 116.06 million hectares, which means the affected area only accounts for a very small part of the total.

As for the fall harvest in October and November, which accounts for more than 70 percent of China's total annual grain output, this is rarely impacted by floods, as 60 percent of fall crops are planted in northern China, which has much less rainfall compared with southern provinces. 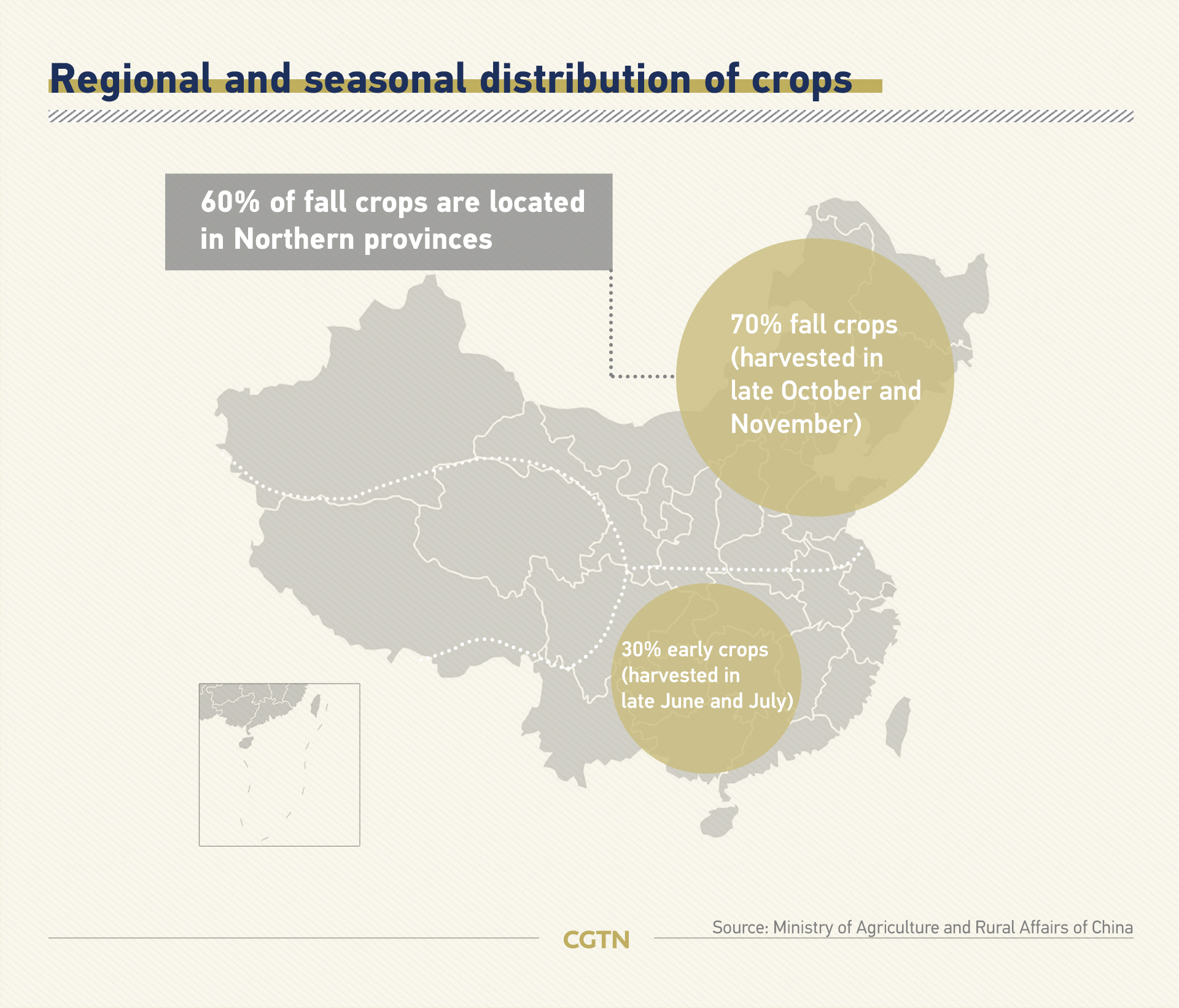 Independent research conducted by Shenwan Hongyuan, a top securities company in China, estimated that the floods in China would reduce crop output by about 11.2 million tonnes in 2020, while it accounts for merely 1.69 percent of the country's total crop output in 2019.

In general, wheat and rice are sufficient to meet residents' demand as China's crop production and inventory are robust, and the current trade channels are unimpeded. However, experts cautioned that with the improvement of people's living standards, meat consumption would continue to increase, and that requires more feed grains in which China counts on imports from other countries, especially the U.S.

Analysts predict that China will import from all sources of soybeans next year due to the current China-U.S. trade tensions and the growing hostility of the U.S. towards China.