Graphics: Why is universal COVID-19 testing good for Hong Kong?
By Hu Yiwei 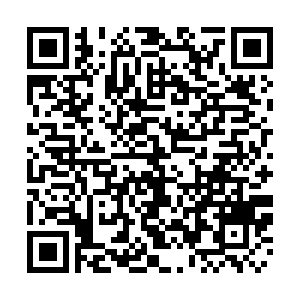 Under the testing scheme dubbed "Universal Community Testing Programme (UCTP)," each of the city's 7.5 million residents will be able to take one free test voluntarily.

Since early July, Hong Kong has seen the worst wave of the COVID-19 outbreak, pushing its total reported cases to 4,811, with 89 deaths as of Monday. The sources of infection of many cases remain unknown, indicating a high risk of community transmission. 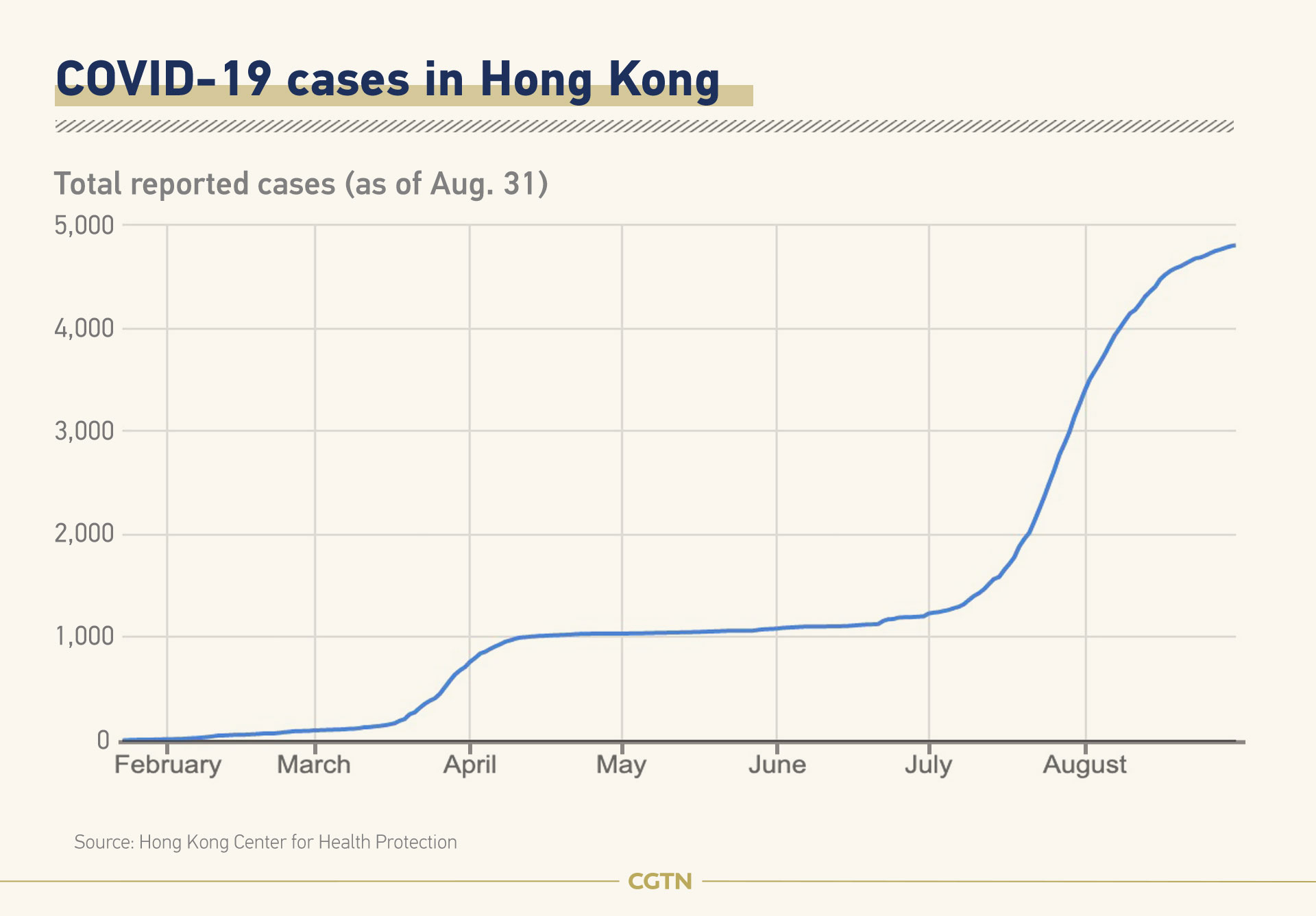 After imposing its strictest-ever social distancing measures, the current wave of the coronavirus pandemic is ebbing with 9 new infections reported Monday. The dropping number of cases does not mean the city is out of the woods – the sources of 30-40 percent of the cases remain unknown.

Experts and officials also warned that Hong Kong could still face a coronavirus rebound in autumn and winter.

The universal testing scheme was launched to "identify as early as possible asymptomatic COVID-19 patients in the community and achieve the target of early identification, early isolation and early treatment to cut the community transmission chain," said a spokesman for the HKSAR government while announcing the program.

Expansive testing has proved to be one of the best ways to cut off the chain of transmission, according to experts. 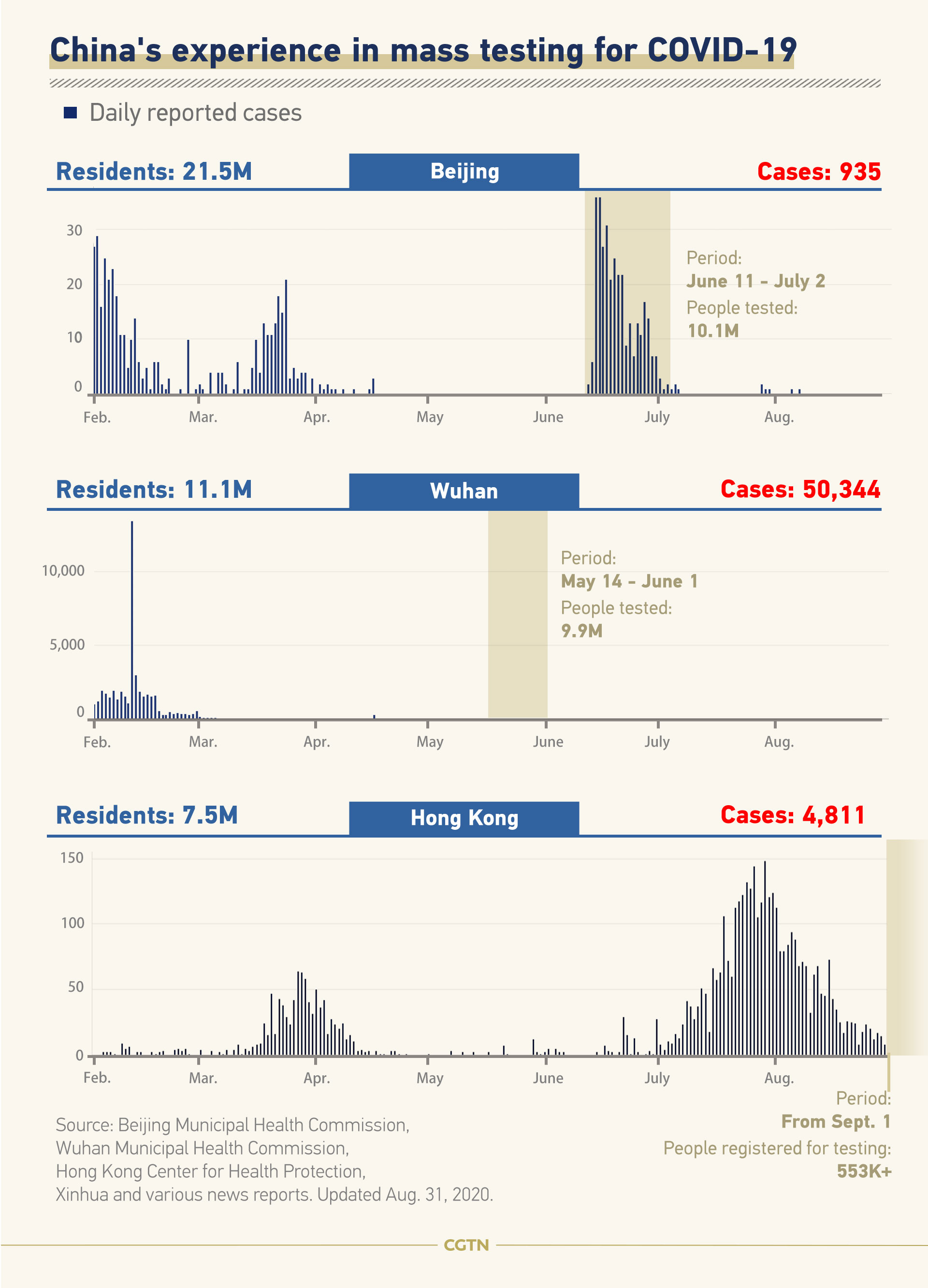 In June, Beijing went through a new wave of coronavirus infections linked to the city's largest wholesale produce market.

The Chinese capital quickly stemmed the outbreak, thanks to the prompt wide-scale testing that helped identify infected patients and cut the transmission chain.

During that period Beijing tested up to 1.08 million people a day for COVID-19.

Universal testing can pave the way for Hong Kong's economic recovery as well. The Asian financial hub had already paid a heavy price in terms of the virus' economic impacts, and all walks of life are eager to reopen as soon as possible. 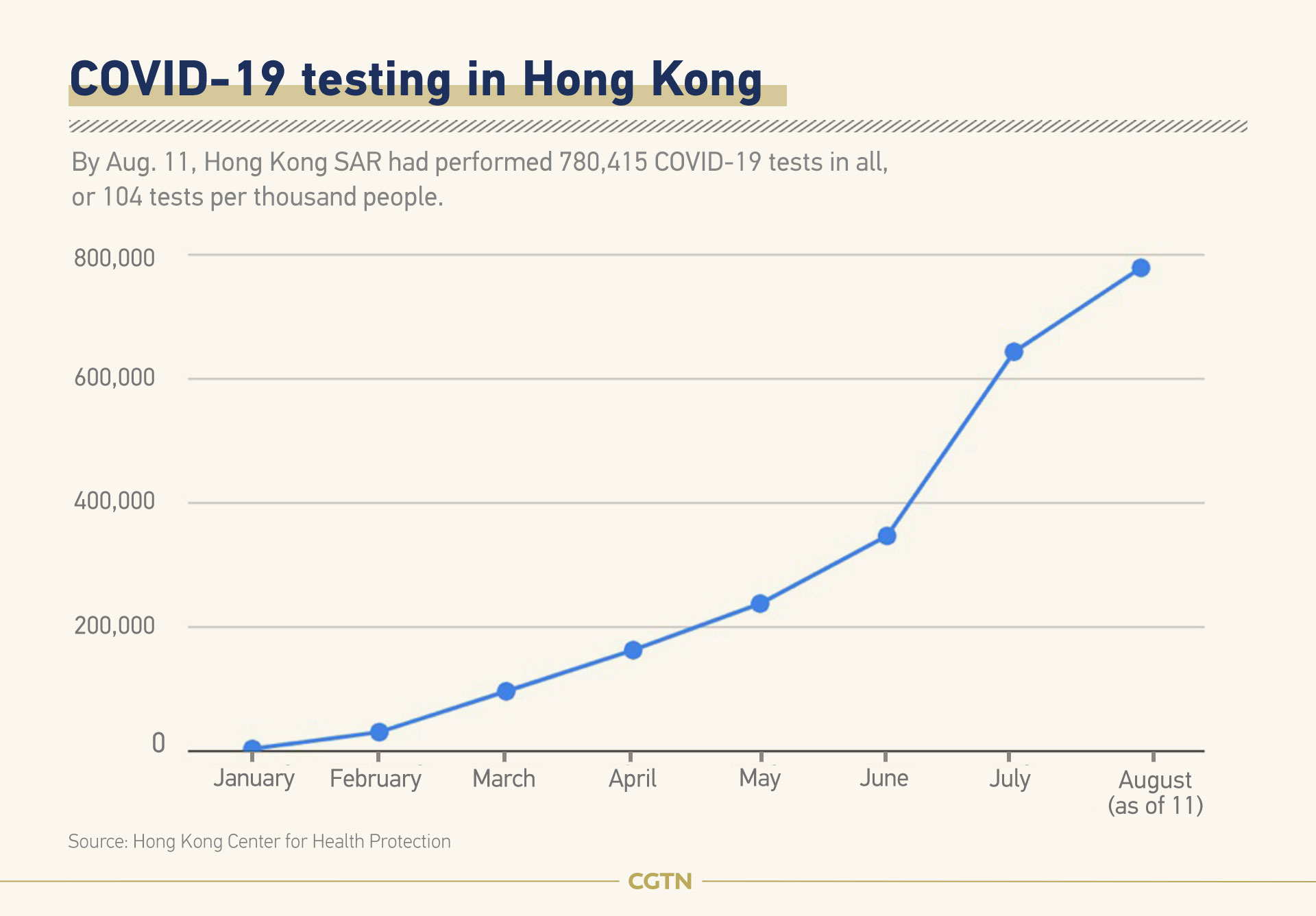 Earlier this month, the video of a massive water party in Wuhan went viral on social media, as crowded party scene remains unthinkable in many parts of the world.

The central Chinese city was the hardest hit by the novel coronavirus in the country. In May, Wuhan launched citywide testing that tested 9.9 million people.

The blanket screening, costing about 900 million yuan (126 million U.S. dollars), found 300 asymptomatic infections, a rate of 0.303 out of 10,000. No new confirmed cases of the disease was reported in the two week testing period.

The outlay was "totally worthwhile" as it reassured Wuhan residents as well as the whole nation, and would help the city bring its social and economic activities back on track, said Hu Yabo, the city's executive deputy mayor.

Hong Kong has eased its strict social distancing rules since last Friday. The risk of a coronavirus rebound could be high if the infected patients, especially those who may be spreading the virus without showing symptoms, are not identified for isolation and early treatment.

More about the plan

As of Monday evening, about 553,000 Hong Kong residents signed up online for the voluntary testing scheme, with 14 testing centers already fully booked for the period between September 1 and 7, according to an announcement released by the government.

To address privacy concerns, officials stressed that all testing will be conducted in Hong Kong. Testing samples will not be transported outside Hong Kong and will be discarded after tests are completed.

The testing scheme would not be possible without the support from the central government, Chief Executive Carrie Lam said earlier.

All the laboratory costs for this mass testing drive, including materials and equipment, is covered by the central government. The HKSAR government is responsible for sample collection, transport and public promotion.

The Chinese mainland has sent over 200 testing personnel to Hong Kong for the program. The National Health Commission said it will coordinate about 600 members in total based on actual needs.

Third wave of COVID-19 in HK: How does 'fighting together' defeat politicization? 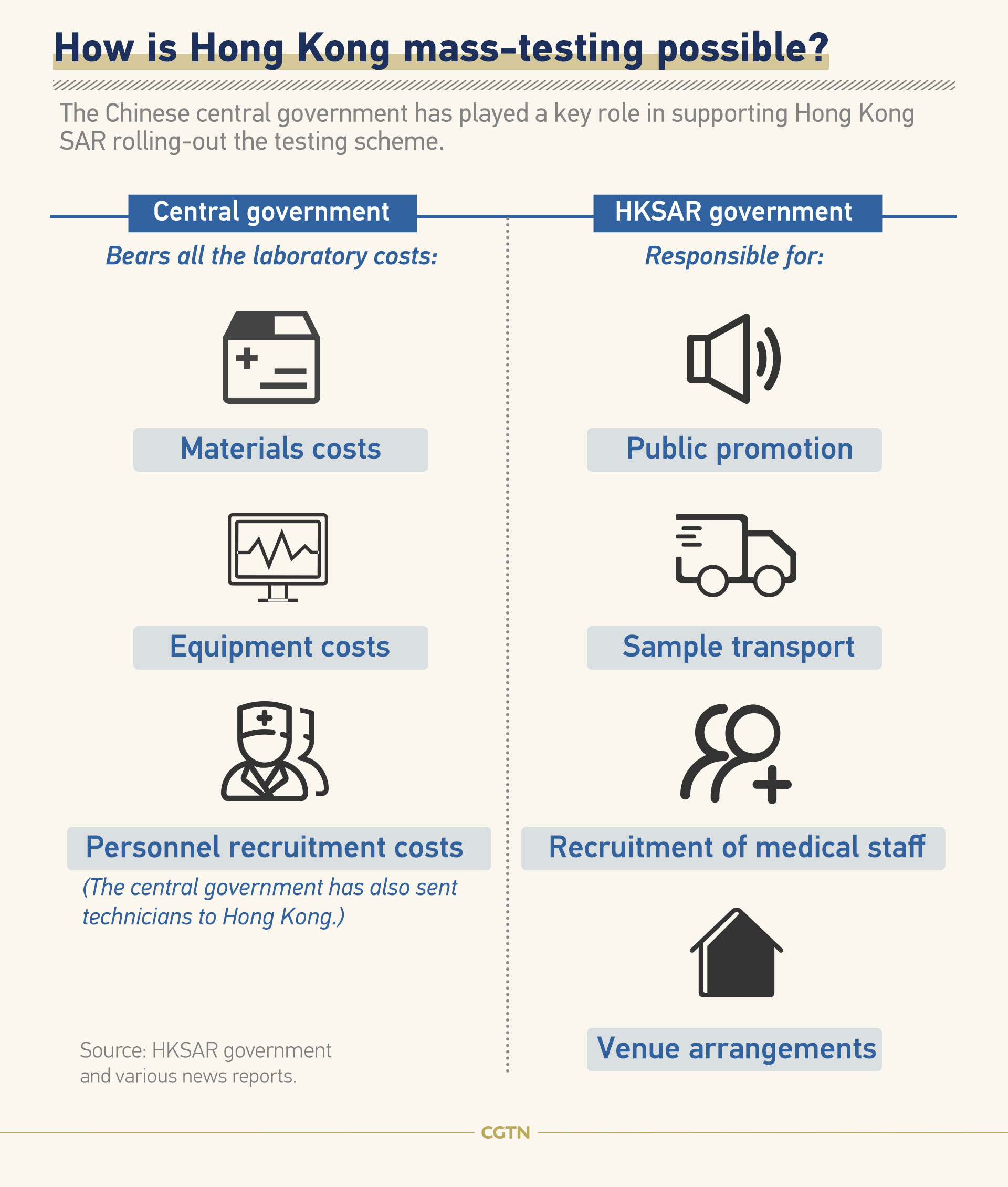