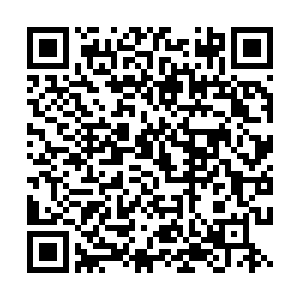 India's ban against Chinese apps not only damages the legitimate rights and interests of Chinese investors and service providers, but also harms the interests of Indian consumers and the investment environment of India as an open economy, said the Chinese Ministry of Commerce (MOFCOM) on Thursday.

The country's ministry of electronics and information technology alleged that the 118 banned mobile applications are "prejudicial to the sovereignty, integrity, defense of India and public order."

The Chinese government has always required Chinese overseas companies to abide by international rules and operate in compliance with laws and regulations, said Gao Feng, a spokesperson for MOFCOM.

"China-India economic and trade cooperation is mutually beneficial and win-win. It is hoped that the two countries will jointly maintain the hard-won cooperation and development situation and create an open and fair business environment for international investors and service providers, including Chinese companies," Gao added.

Baidu: India ban has little impact on its business

A source close to one of the well-known companies on the list told CGTN that the company has been focusing on the Chinese market, and the Indian ban has little impact on its business.

"I don't see the point of why India has targeted so many Chinese apps," said the source under the condition of anonymity.

But for some companies like Tencent Holdings, which owns wildly popular and profitable game PUBG Mobile Lite, the ban could deal a blow to its overseas business.

PUBG Mobile gained 555 million user downloads worldwide by the end of 2019, earning at least 1.3 billion U.S. dollars in revenue for the year, according to estimates from the data firm Sensor Tower. India ranks the top of list for installing the game, taking up 21 percent of all downloads in the year, the data showed.

The move comes over two months after the Indian government banned 59 mobile apps with Chinese background including WeChat in June.

On June 30, China voiced strong concern over India's move and said New Delhi has the responsibility to uphold the legitimate and legal rights of international investors.

"I want to stress that the Chinese government always asks the Chinese businesses to abide by international rules, local laws and regulations in their business cooperation with foreign countries," said Zhao Lijian, spokesperson for the Chinese Foreign Ministry.

"The Indian government has the responsibility to uphold the legitimate and legal rights of the international investors including the Chinese ones," Zhao added.

Andy Mok, a research fellow at the Center for China and Globalization, told CGTN in June that escalating a conflict with China will weaken India geopolitically and increase the risk of triggering a domestic political crisis.

The Chinese Embassy in India in July also urged the Indian government to correct the wrongdoing of banning apps with Chinese background.

Ji Rong, counselor and spokesperson for the embassy, said China has lodged solemn representation to the Indian side and asked the Indian side to correct its wrongdoings.

"Practical cooperation between China and India is mutually beneficial," Ji said. "Deliberate interference in such cooperation will not serve the interests of the Indian side."