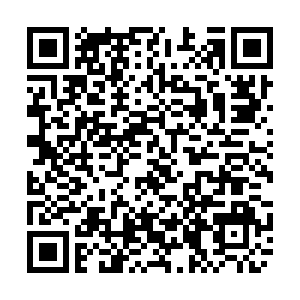 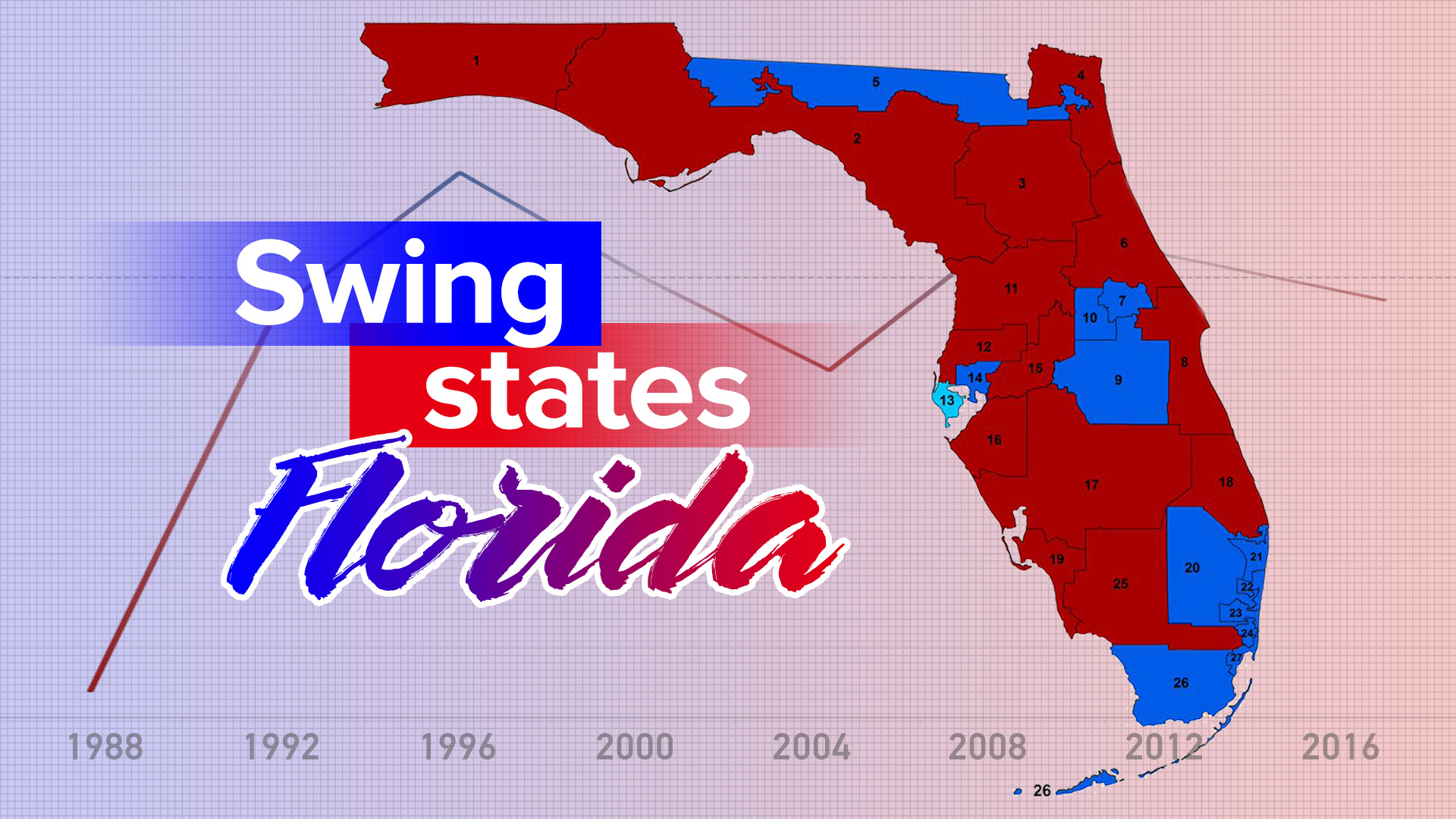 With its 29 electoral college votes and frequent switches from Republican to Democrat, Florida is a coveted battleground state in the 2020 U.S. presidential election.

Why does Florida matter?

Since 1964, all but one of the presidential candidates who secured Florida were also handed the ticket to the White House.

The Sunshine State also famously decided the 2000 election, between Republican George W. Bush and Democrat Al Gore, in a narrow and contested vote. 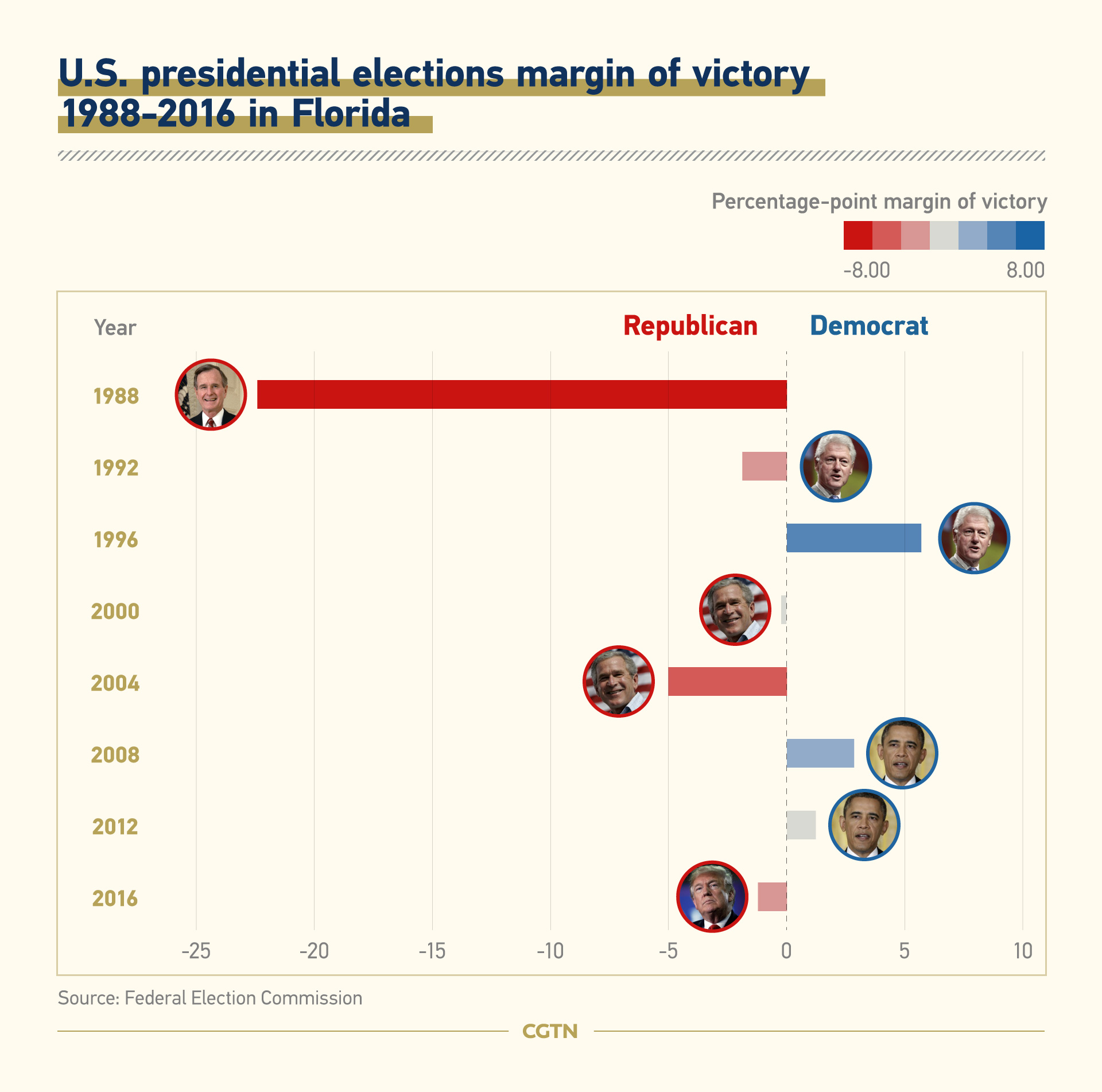 Who are the Florida voters?

As Florida's population increased its number of electoral votes has risen, from 27 to 29 in 2015. It is now the swing state with the most electoral votes, though Texas could soon rival that status as it trends towards the Democrats.

Despite being traded between the two parties in presidential elections, it has been governed by Republicans for the past two decades. The party also holds a strong grip on the state's inner workings. 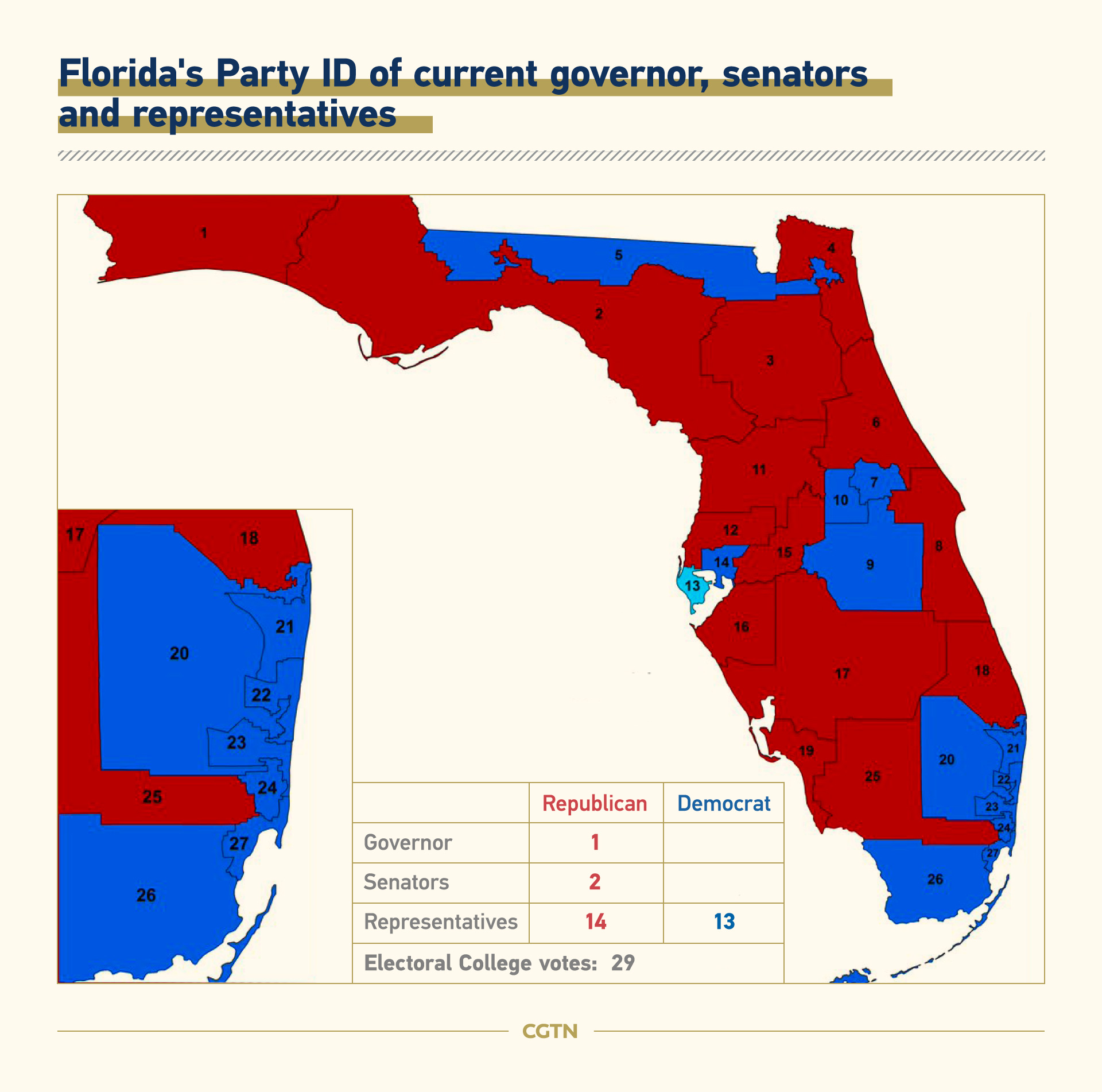 In September 2019, President Donald Trump changed his primary residence from Manhattan, New York to Palm Beach, Florida, making him the first presidential candidate to identifiy Florida as his home state. Trump originally wanted to hold the Republican National Convention in Florida, but later changed the plan after a COVID-19 outbreak.

Florida is known for having a diverse population. In a state of 67 counties and roughly 21 million people, candidates have to pull all they've got to garner support from the different communities.

Democratic nominee Joe Biden has been leading Trump in state polls for nearly two months, but the margin has tightened indicating another close race. Democrats can't be complacent. In 2016, Trump won Florida by just 1.2 percentage points.

There have been assumptions that Hispanic people in Florida are less engaged in general elections, but actual numbers suggest otherwise. In 2016, 18 percent of Florida voters identified as Hispanic, a proportion close to their demographic makeup in the state (22.5 percent). Democrats, who can often count on Hispanics' support in other states, do not fare so well among this diverse community in Florida. 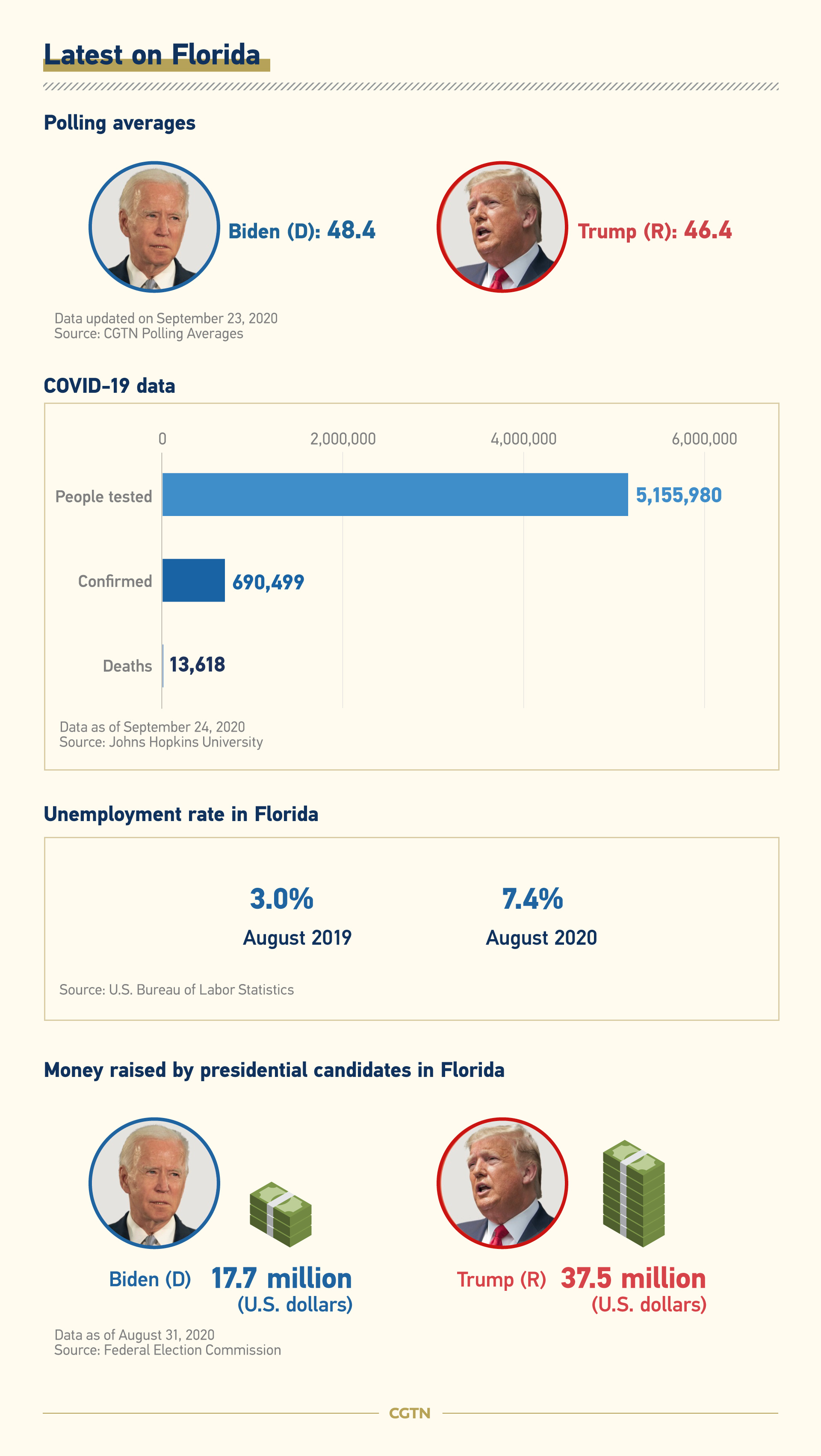 Exit polls from the 2018 midterm elections found Democrats won only 54 percent of the Hispanic vote, an 8 percent decline from the general elections in 2016. Surveys show that older Cuban Americans tend to be Republican-leaning, while younger Cubans, Puerto Ricans and other non-Cuban Hispanics are more likely to vote for the Democrats.

For the 2020 elections, Democrats are doubling down on their efforts to win Hispanic support. They have identified Trump's unpopularity among Hispanics as possible boost to their campaign.

In March, Trump declared that a major disaster exists in Florida, one of the states hit hardest by the coronavirus. An order to provide federal assistance to the state followed that declaration, and federal funding was made available for crisis counseling for coronavirus-affected people across the state.

While Trump's assistance may have shored up the state's response to the pandemic, today's Florida still sees skyrocketing new cases and staggering death tolls. Some have attributed its devastating COVID-19 record to young people's flouting of social distancing measures and the state's premature reopening after lockdown.