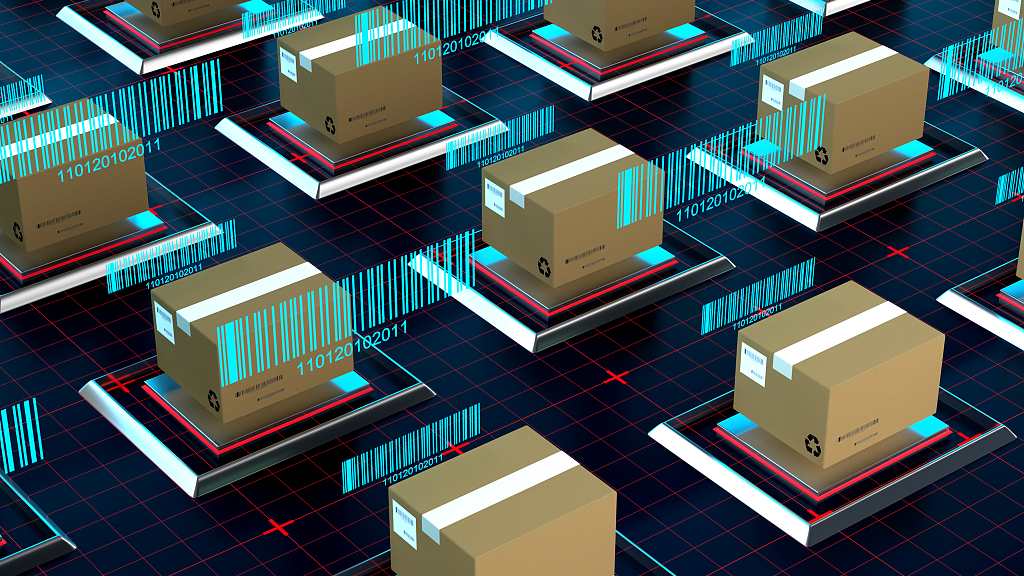 Major industry players in China reviewed how e-commerce helped battle the setbacks of the COVID-19 pandemic at the China E-commerce Convention 2020 on Monday.

During the outbreak, the e-commerce industry has explored some new models such as contact-less distribution, unmanned retail stores, and live-streaming sales, which have played an important role in ensuring supply, supporting resumption of work and production, and stimulating consumer replenishment.

JD Supermarket, an online store of China's e-commerce giant JD.com, for example, during the Spring Festival this year, recorded an increase of 556 percent year on year in its turnover of edible oil; the turnover of rice, noodles and grains has exceeded 20 times year on year; the turnover of instant food has also increased by more than 10 times.

In addition to being helpful domestically, the flourishing e-commerce sector in China also presents possible mitigating measures for the reference of other countries to offset the negative impact of reduced business activities on the economy due to COVID-19-related lockdowns.

E-commerce in the frame of BRI

In the face of the epidemic situation that is now more severe abroad, Chinese e-commerce companies are also assisting some countries and international societies, said Zhu Lian, an official with the Department of Electronic Commerce and Information Technology, Ministry of Commerce.

China launched an online shopping festival in April to prop up domestic consumption and blunt the impacts of the novel coronavirus epidemic on its economy after its growth contracted by 6.8 percent year on year in the first quarter.

"In the first half of the year, we donated and provided relevant epidemic prevention goods to more than 100 countries, and shared our experience in fighting the epidemic and ensuring supply," said Zhu.

During the festival, China invited the ambassadors of partner countries along the Belt and Road Initiative (BRI) to experience live-streaming sales. For example, the Rwandan ambassador promoted Rwandan coffee via live-streaming and he was shocked by the fact that 3,000 bags of coffee were sold out in just one second, Zhu said.

By building bilateral e-commerce cooperation with countries along the BRI, it will not only help those counties to benefit from China's large market but also can diversify goods in the Chinese market to meet the growing demand of consumers.

E-commerce: A new channel for export to domestic sales

Affected by the more severe epidemic situation overseas, the production and exports of export-oriented enterprises in China have not fully recovered yet, said Zhang Xiang, industry general manager of 1688.com, the largest B2B e-commerce platform owned by conglomerate Alibaba Group, adding that the platform has shared its know-how with the small and medium export-enterprises to help them recover production and expand domestic sales.

According to Zhang, 1688.com has mainly taken a series of measures to support those enterprises transform, including providing data empowerment based on the network of Alibaba Group, live-streaming sales model, financial assistance and logistics and warehousing services.

"So far, a total of 360,000 foreign trade factories have successfully moved to 1688.com and started doing business online. We are still continuing to empower the factories at an average rate of over 20,000 per month," Zhang said.

"The entire 1688.com covers 178 industrial chains in 25 consumer and 13 industrial categories in the country. Since the beginning of the work resumption, foreign trade factories on the platform have seen an average volume growth of 30 percent in the domestic market. So far, we have actually achieved a transaction volume of 50 billion yuan in the entire market," he added.