Separation of powers in Hong Kong: Yes or no?
Zhu Zheng 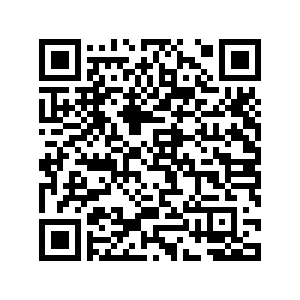 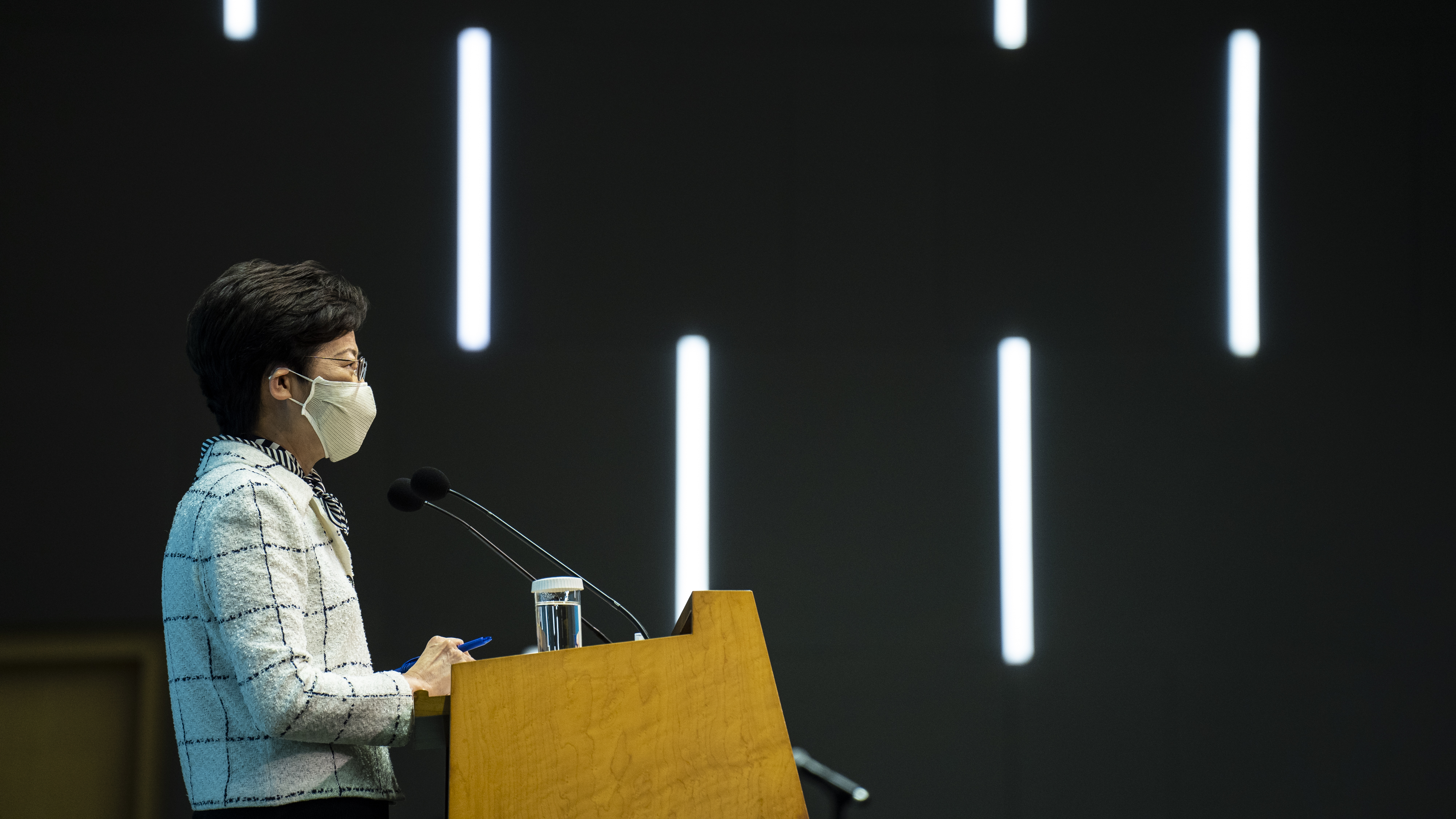 On September 7, a spokesperson for the cabinet-level Hong Kong and Macao Affairs Office said that Hong Kong has no "separation of powers." Instead, the city embraces an executive-led political system where different branches of the government work together.

The statement came after the decision by the city's education authorities to remove references to "separation of powers" from textbooks, and Carrie Lam's support of the move, which kicked up a political row.

Pro-establishment observers claimed that such a stance was clearly penned down by Deng Xiaoping, that Hong Kong would not follow the Western model after its handover, with the power of the executive, legislature and judiciary all granted by the Central Government.

This point was rejected by some from Hong Kong. For example, the Hong Kong Bar Association found fault with the stance, seeing it as a threat to the city's autonomy and fundamental liberties in general and judicial independence in particular.

As a matter of fact, this issue is never new; it always reemerges throughout the years. In 2007, for instance, then Head of the National People's Congress Wu Bangguo said the idea of separation of powers is not befitting for the city. In 2015, Zhang Xiaoming, then head of the liaison office, addressed the subject, which was followed by Wu's successor Zhang Dejiang in 2017. All of the remarks have caused quite a stir in the city.

Clearly, the Central Government's stance has not changed much over the years: all powers in Hong Kong are granted by Beijing and although with a division of work, Hong Kong's political system is executive-led. This is a sovereignty issue and there is no ifs or buts.

At first glance, separation of powers means having three branches of government and each with its own responsibilities, who check and balance each other. Without any doubt, the purpose of this design aims to increase friction among three branches, thereby making state action more difficult and saving the people from autocracy.

The only aim of the doctrine, according to some classical literature, is to protect liberty, and so long as it is possible, liberty should be placed first in the legal and political agenda, since to most Western writers, the state is perceived as the biggest threat to the liberty of the people. 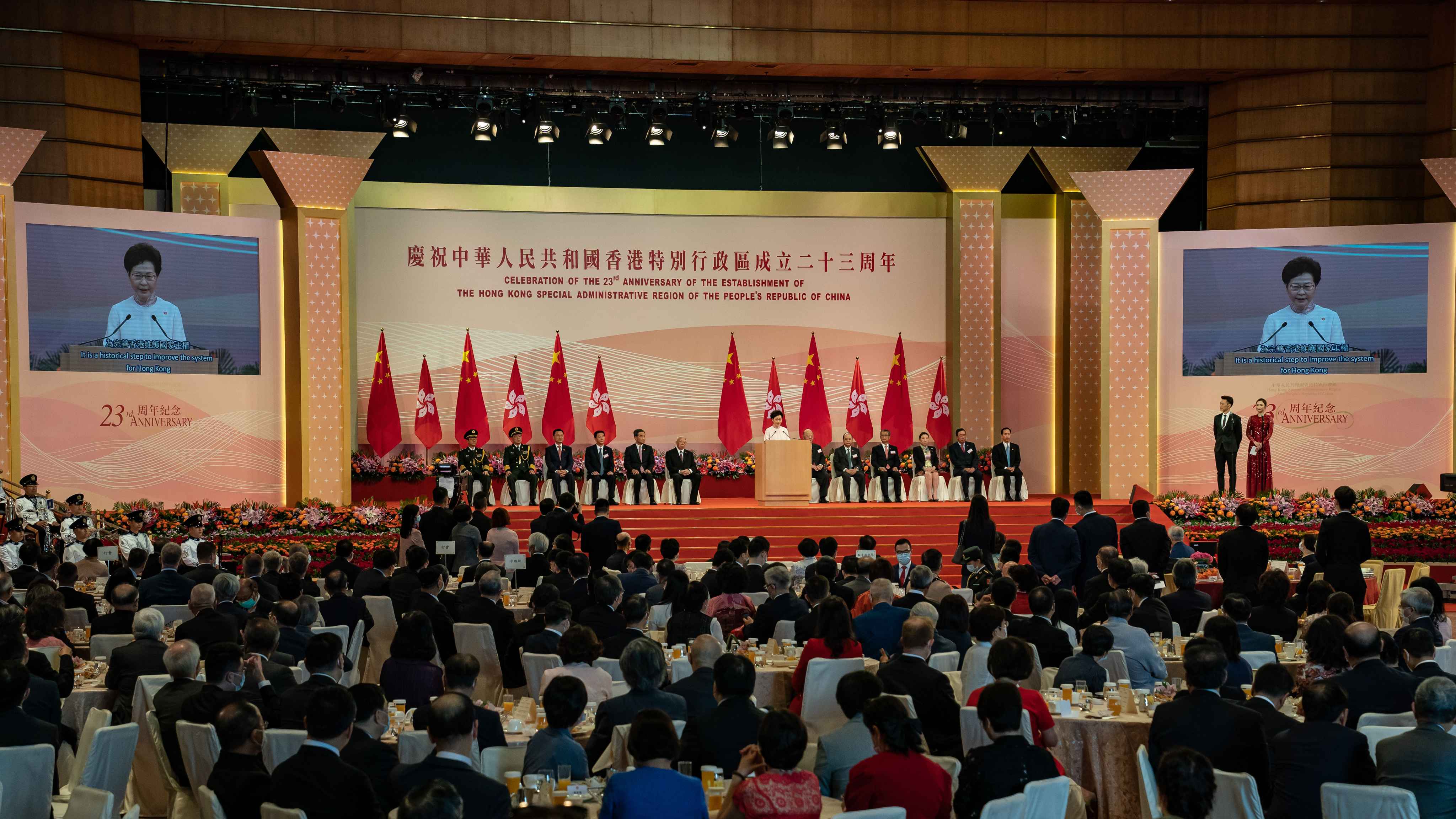 The above reading, nevertheless, merely scrapes the surface, and is most likely to be biased. The evolution of society adds more dimensions to the doctrine: The state is hardly the only threat to liberty; rather, on some occasions the state is the only savior from whom an individual can get help.

In this light, the underlying assumption of separation of powers is subject to a close inspection. There are two myths that we need to address here.

First, assuming liberty and a strong state are inevitably opposed to each other is simply wrong, as there is no such society where the state will never infringe upon liberty, nor is there an overly pessimistic picture where the state always curtails freedom.

Certainly, taking into account human frailty is not a fault. By placing limits on institutions, government will be held accountable and in this way human rights will be protected. However, the state must not be too weak to provide positive protection for citizens; the friction generated by the separation of powers must not be so remarkable that the state is unable to properly function.

Even according to Locke, who proposed the idea before Montesquieu, powers were divided in order to facilitate the purposes of safeguarding citizens; separation of powers is not in order to slow down the running of the state but in order to ensure that it runs well.

Secondly, the division of power acts as a restraint on the power of the state, but it is not possible to completely separate the three branches of the state in reality. There must be a certain overlap of functions and office-holders.

Even in the United States where the political model is often seen as a "pure" separation of powers example, most powers granted under the Constitution are not unilateral for any one branch. Instead, they overlap. For instance, American government not only executes law, but also has the power to create certain laws, and in some cases, the courts in effect make laws instead of merely interpret laws – The division is blurred, and thus the pure separation of powers remains a political imagination exists in law books.

The theoretical and normative exploration above has shone a light on the debate in Hong Kong. It is not appropriate to categorize the political design under the Basic Law as pure separation of powers. After all, the drafters did not intend to follow any western model; they had both liberty and efficiency in their minds when crafting the mini-constitution for the city.