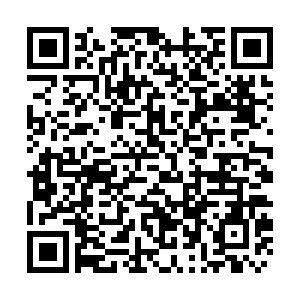 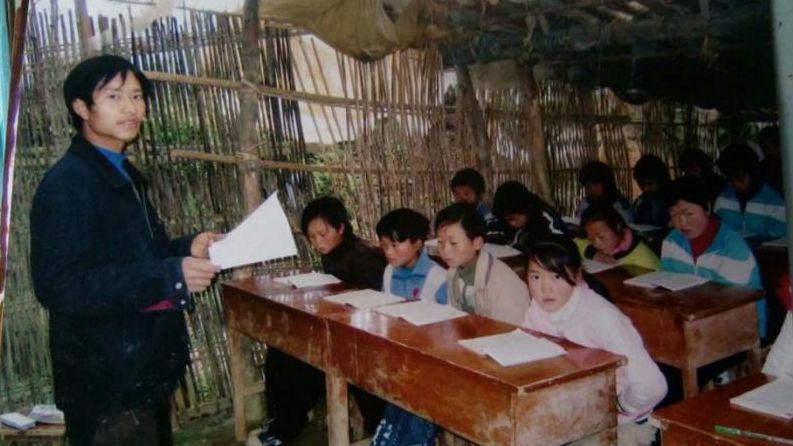 Editor's note: In recent years, as the massive poverty alleviation drive has been pushed forward, schools in China's vast rural hinterland have seen profound improvements both in facilities and staffing. For quite a long time, the country's rural education was supported by many dedicated people in extremely poor conditions. CGTN reporter Yang Jinghao who met one such teacher in a poverty-stricken village in southwest China's Guizhou Province brings this story.

Yang Bingjun, 45, has taught in Xiaozhai Elementary School for more than two decades. He is widely accepted as the founder of this small school located in Dongdi, one of the 20 "extremely impoverished" towns of mountainous Guizhou Province in southwest China.

The 45-year-old man started his career as a teacher shortly after he graduated from middle school in 1995. Such an educational background has made him a top-notch talent in his hometown back then.

"After graduation, I decided to work outside for half a year before continuing schooling, as my family was poor," Yang said. He ventured out to south China's Guangdong Province, one of China's most developed regions.

"One day, I heard some beautiful music nearby. I tracked it down and found it was a child playing the piano. I was so jealous at that moment and felt I was just an illiterate person in the big city. Then I thought, maybe I should do something for the kids in my hometown," Yang told CGTN.

He recalled that almost 90 percent of local people couldn't read a letter at that time, and most of the children were busy with farm work like cattle herding.

"I just wanted to devote my whole life to bringing change to my hometown by creating a place for children to learn," said Yang. 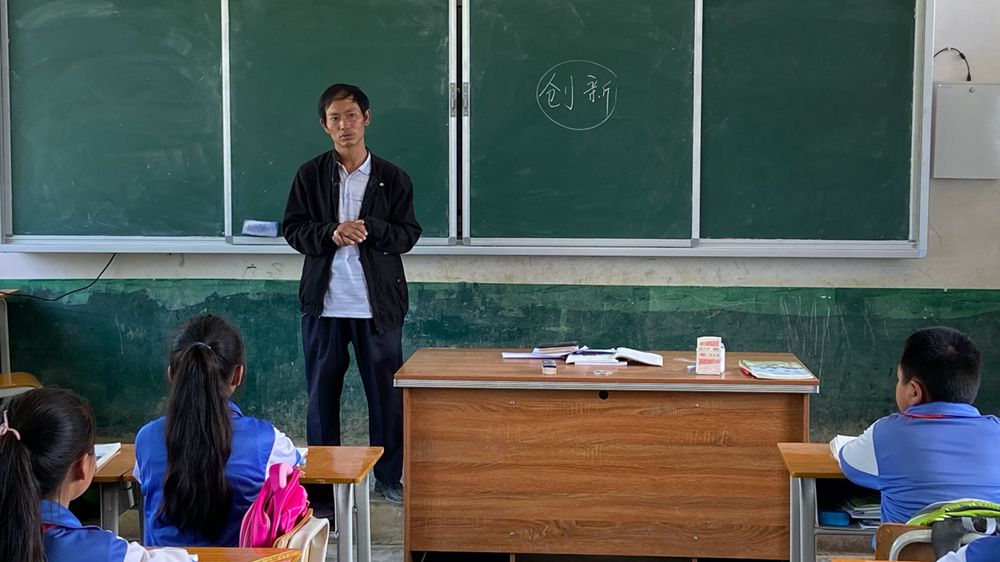 He went back and founded a "school" in 1996 together with another young man. They used a run-down house from a local family as a classroom and tried to make desks and chairs themselves with woods and ropes.

"After school, I had to visit families from door to door, trying to persuade parents to send their children to us," said Yang.

Another problem is the language. Most residents are from the Miao ethnic group and didn't speak Mandarin Chinese, the most widely spoken language in China.

"I taught mainly in Mandarin and used local dialect and Miao language as a backup. When they didn't understand what I said, I would translate it for them," Yang said, further explaining that the students can find more employment opportunities outside if they can easily communicate with others.

Yang was so preoccupied with his education undertaking that he didn't care about his income. "I remember that I got 240 yuan (about 35 U.S. dollars) from the first semester. My basic living was supported by my parents," he recalled.

It was only after more than 10 years that they moved into the current school building. 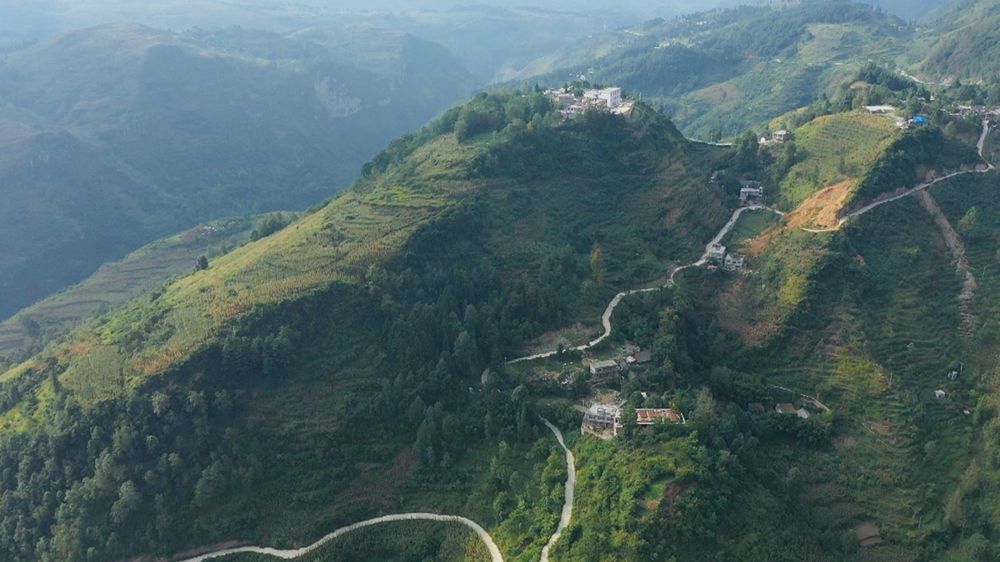 His school is situated on top of a mountain. Zhang Kai/CGTN

His school is situated on top of a mountain. Zhang Kai/CGTN

Over the past few years, as China has pushed forward with its nationwide poverty alleviation drive, the school has gained more support in terms of both hardware and staff.

But what remains unchanged is Yang's status. Due to his lack of formal qualifications, he is still designated only a "substitute teacher". That's a postpaid only about 1,200 yuan a month, only about a fifth of a regular teacher's salary.

Comparatively, even a farmer working for a local factory can earn some 3,000 yuan. The payment will be much higher if it's in a factory in a coastal city. Yang said he once struggled but finally chose to stay where he is.

Once a role model and an education pioneer of his hometown, Yang now also feels pressure from his younger generation's colleagues.

"I think I can still bring something useful to the students. I want to try my best to bring them out into the wider community so they can contribute more to society and find personal fulfillment," he said.

"Substitute teachers" once made up a large portion of China's teaching staff in vast rural areas. Some of them later were transformed into "formal" teachers and can enjoy equal treatment, while many like Yang didn't get such opportunities due to various restrictions such as age, educational background, and some others. 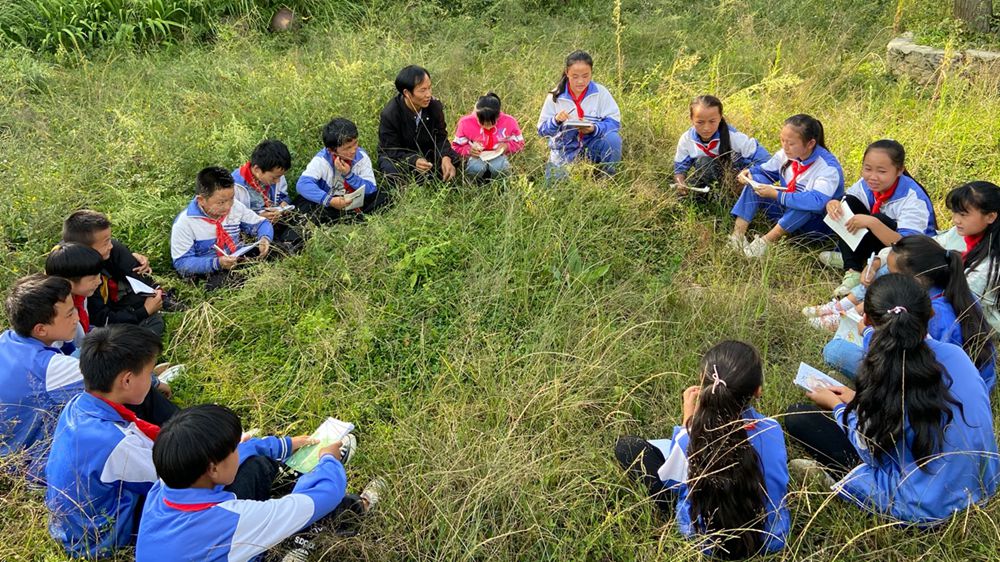 A class in the open air. Yang Jinghao/CGTN

A class in the open air. Yang Jinghao/CGTN

"When I see my students can now pursue higher education, even going to college, I feel I'm still able to achieve something here. That's why I persist," Yang said.

Yang Mao is just a student Yang Bingjun feels proud of. The young man is now a postgraduate at Beijing-based Capital Normal University.

He shared with CGTN that their classroom was just a small shed made of branches, thatches, and thin films by parents and teachers. There were even no roads for vehicles.

"Mr. Yang encouraged us to study hard so that we can walk out of the deep mountains. Looking back, I'm more convinced of what he used to tell us," said Yang Mao.

Yang Bingjun said he would continue to stay in this remote village as long as he is needed. "I hope the children can lead a life different from mine in the future," he said.