What economic headaches will Japan face in a post-Abe era?
By Xu Chuanbo 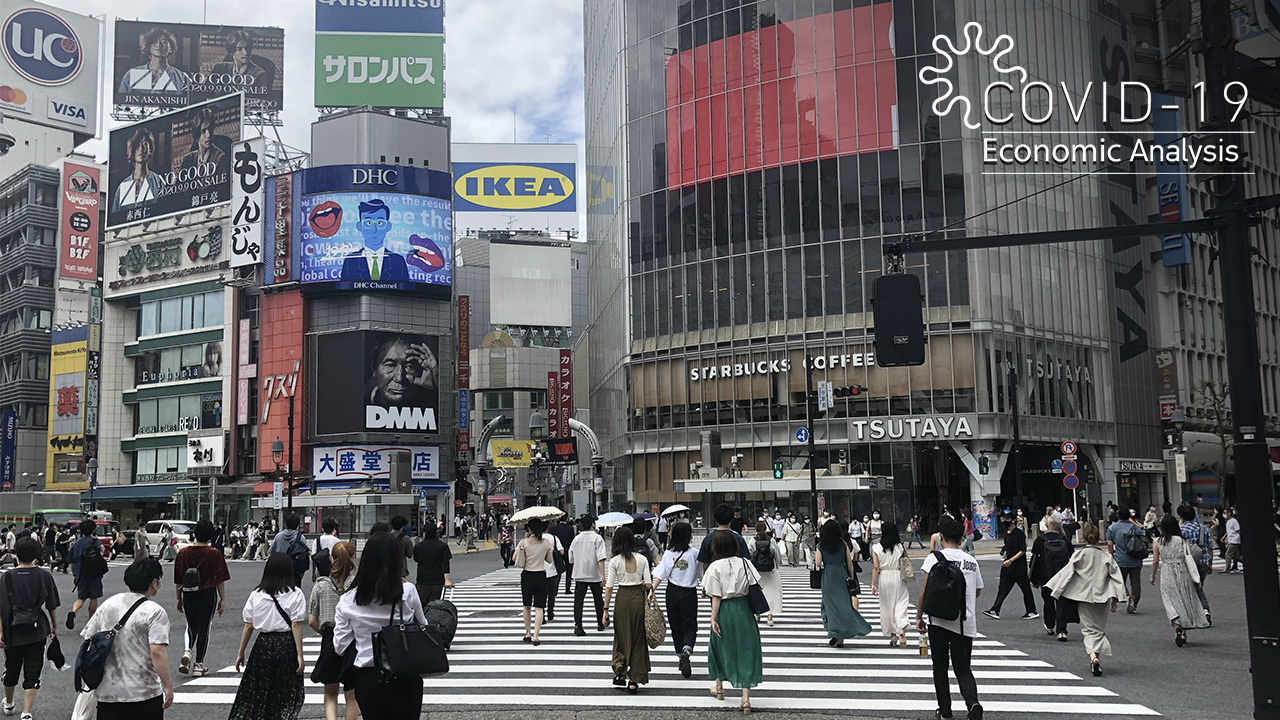 Editor's note: COVID-19 Economic Analysis is a series of articles offering expert's views on developing micro and macroeconomic situations around the globe amid the coronavirus pandemic. Xu Chuanbo is a postdoctoral researcher at the Institute of Areas Studies, Peking University. The article reflects the author's opinions, and not necessarily the views of CGTN.

Japanese Prime Minister Shinzo Abe's sudden departure has left the country with many economic headaches as the coronavirus pandemic has taken a heavy toll on its economy.

At present, the Japanese economy can be described as "not getting rid of the old diseases, but getting new ones."

"Old diseases" mean the slow economic growth and long-term over-issuance of national debt. In recent years, the annual growth rate of Japan's GDP has only been only around 1 percent. At present, Japan's government debt to GDP ratio has reached more than 200 percent.

Compared with "old diseases", "new diseases" of the economy are harder to cope with. The coronavirus outbreak has greatly reduced the achievements of the previous economic policies of the Abe cabinet.

Japan has entered into a recession for the first time since 2015 amid the coronavirus hit. The country's economy contracted an annualized 2.2 percent in January-March, revised data from the Cabinet Office showed. For the April-June period, its GDP shrank a record 27.8 percent as the country's economy has been slammed by efforts to contain the spread of the COVID-19 pandemic, including announcing state emergency.

The country's employment situation is also severe, with unemployment rate climbing to 2.9 percent in May, marking the third consecutive increase.

Meanwhile, the country's external raw material supply and product market will still face big challenges as the pandemic has not subsided, so maintaining a stable domestic economic growth becomes a demanding task. 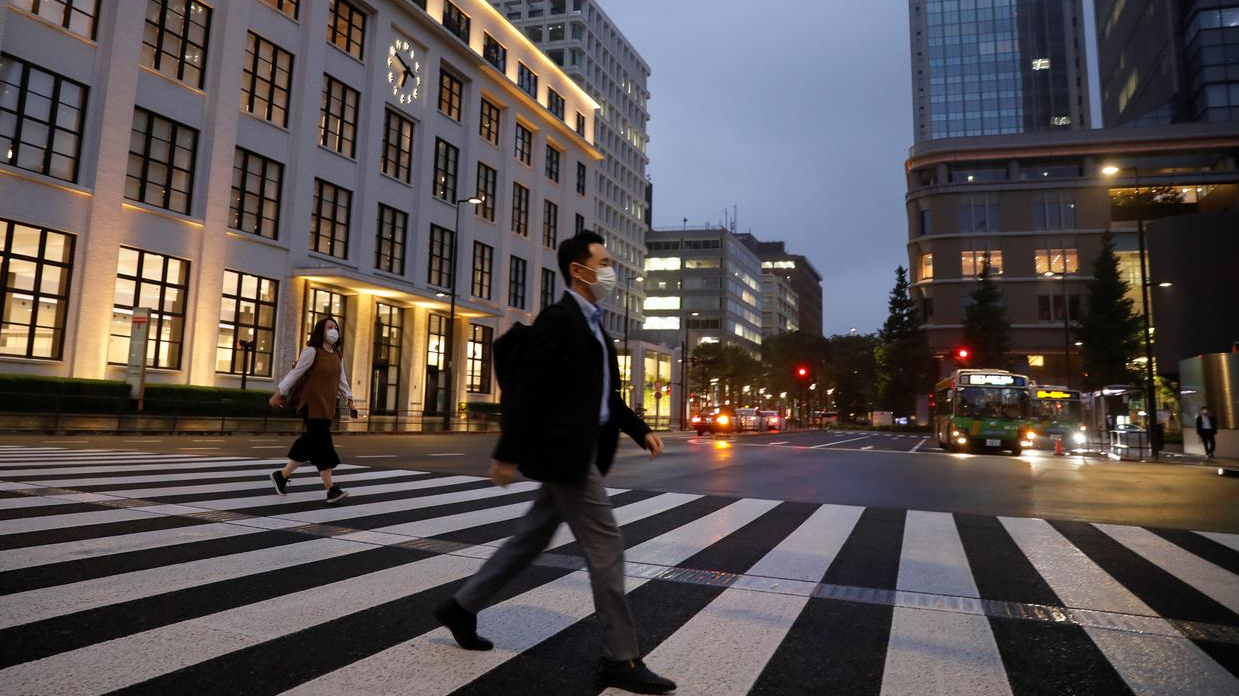 Trade protectionism remains a risk for Japan's economy. The upcoming U.S. presidential election will drive the Trump administration to speed up its protectionist policies towards Japan and China.

To a certain extent, it will have a negative impact on economic and trade relations, industrial chains and supply chains in East Asia. The Japanese economy is heavily reliant on overseas markets, so it may suffer a lot.

The exit of Abenomics?

The word "Abenomics" itself will surely become a history after Abe's resignation, but the stimulus policy involved in the term will exist in the country.

Since the introduction of Abenomics in late 2012, Japan has entered an economic expansion for 71 months. The demand/supply ratio in the labor market also rose from 0.82 in December 11 to 1.63 in 2019.

Therefore, the Abenomics is effective in general, though the income level of workers has not increased significantly, and the goal of increasing GDP to 600 trillion yen under the policy has not been achieved.

Meanwhile, Japan is currently experiencing a post-industrial and aging society. It's not easy for the country to maintain its growth momentum, especially under the circumstance of declining population, but Abenomics has achieved good results, which have been accepted by the Japanese people. This is one of the important reasons why the Abe cabinet can be in power for a long time. Therefore, the basic policy of "Abenomics" is highly likely to be inherited by the next cabinet.

In addition, Chief Cabinet Secretary Yoshihide Suga, is currently supported by a majority of members of the Liberal Democratic Party (LDP). Suga said last week in an interview with Nikkei that he would like the central bank to continue its ultra-loose monetary policy as the economy is still struggling with the impact of the coronavirus pandemic.

The economic and trade relations between China and Japan will remain basically stable in the post-Abe era. However, uncertainties remain.

Japan is currently facing political instability with Yoshihide Suga, Shigeru Ishiba, and Fumio Kishida racing for the crown within the LDP. There is still a possibility that the future of China-Japan economic and trade relations to be affected by the struggle of political powers.

Read more: Japan's next PM: Who's in the frame to succeed Abe?

Meanwhile, the U.S. threats about "decoupling" from China and its calling for allies to follow the same policy also add uncertainties in China-Japan economic and trade relations. The Abe cabinet, though facing pressure, can basically strike a balance of policies toward the United States and China. It's hard to say whether the next runner can maintain a stable trade relation with China under the threat of the U.S.

China and Japan have achieved relatively limited results in the construction of an economic cooperation framework. The China-Japan-South Korea Free Trade Agreement and the Regional Comprehensive Economic Partnership (RCEP) Agreement have been delayed.

For the time being, Japan's attitude towards promoting the above two agreements is not positive. Especially the RCEP agreement, Japan has always tried to pull India into "partnership" in order to contain China, which is not conducive to the stable development of China-Japan economic and trade relations. The two sides will still need a long time to polish their trade relations in the future.

Under the current complex situation, holding on to the old path of Abenomics is not enough, Japan should implement drastic reforms. It should pay more attention to the expansion of overseas market as its domestic market remains weak.

For example, the country should strengthen strategic cooperation with China in the economic and trade field to jointly respond to the economic headaches under the pandemic.