China: U.S. 'opposite of international community' on COVID-19 cooperation
CGTN 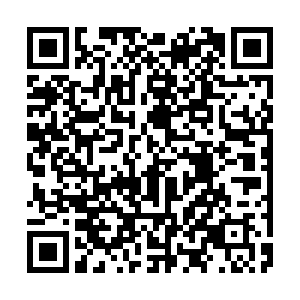 China on Monday welcomed the overwhelming approval of a wide-ranging UN resolution on tackling the pandemic at the UN General Assembly, pointing out multilateralism and cooperation have been widely recognized as the only way to tackle global challenges.

Chinese Foreign Ministry spokesperson Wang Wenbin said in response to Friday's vote that the 193-member world body adopted the resolution by a vote of 169-2. The United States and Israel are only two countries that show objection.

The resolution stated the pandemic poses "one of the greatest global challenges in the history of the United Nations," and calls for "intensified international cooperation and solidarity to contain, mitigate and overcome the pandemic and its consequences."

The overwhelming approval of the resolution, according to Wang, indicates the truth that the virus can only be defeated through unity and cooperation, which has been broadly recognized by the international community.

"A just cause has many helpers while an unjust one finds few followers," Wang pointed out, referring to U.S. failure in block the resolution, saying U.S. withdrawal from international organizations and its sabotage of international cooperation on fighting against the COVID-19 are unpopular.

China calls on ASEAN countries to rally on COVID-19 and security despite U.S. 'unilateralism'

The U.S. is standing on the opposite side of the international community, said Wang.