Exclusive with EuroCham President: Globalization is not a zero-sum game
By Wang Xiaonan 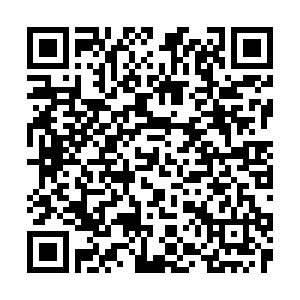 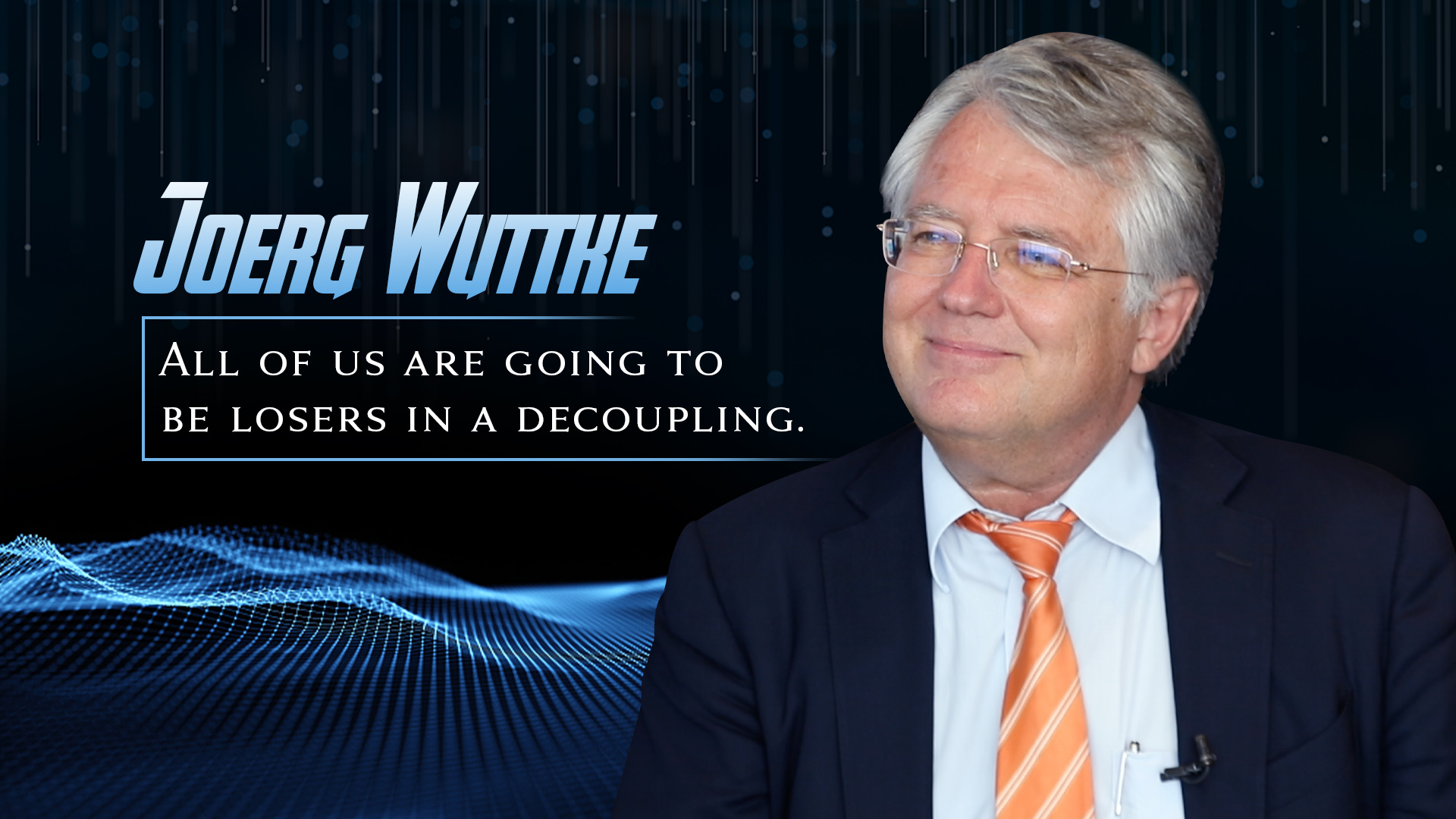 At the China-EU leaders' videoconference on Monday, trade was inarguably among the issues that topped the agenda between two of the world's three largest economies. Chinese President Xi Jinping, European Council President Charles Michel, European Commission President Ursula von der Leyen, and German Chancellor Angela Merkel in her capacity as rotating presidency of the European Council, agreed to accelerate negotiations on the slow-moving Comprehensive Investment Agreement and finalize it within the year.

Over the mileage of history since the establishment of their diplomatic ties in 1975, China has evolved to be the biggest exporter to the 27-country EU and its second largest export market after the U.S. Nonetheless, the reposeful bilateral relations have in the past couple of years been blighted by economic headwinds, market jitters, and the looming tech decoupling between Beijing and Washington. Now the world economy is largely consumed by the pandemic in its second or third wave and ensuing border restrictions. The rapprochement between China and the EU is somehow at risk with all of these obstacles.

Could China and the EU continue down their path of cooperation amid geopolitical tensions and growing anti-globalization sentiments? CGTN's Wang Xiaonan talked to Joerg Wuttke (Wuttke), president of the European Union Chamber of Commerce in China, to get his take after doing business in China for over three decades. 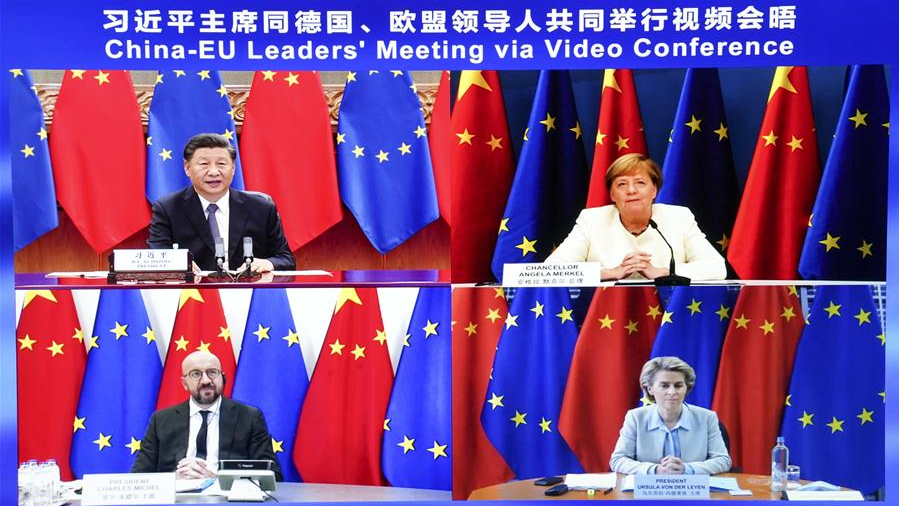 CGTN: What is the current state of China-Europe business ties?

Wuttke: The ties are very vast, very deep in a sense. China sells 1.1 billion euros (1.3 billion U.S. dollars) every day to the EU, even during the pandemic. The deep relationship of trade – one billion (Euros) going from China to Europe and 500 million (Euros) going from Europe to China – has been unbroken to a large extent. In a way it's very comforting to see our consumers like each other's products. Investment has been very, very good. You have 60,000-70,000 European companies here in China, creating a lot of jobs. We have reached a certain level where we have stepped up to the next level in order to improve market access and how we operate in China.

CGTN: Like the U.S., Europe boasts some of the most advanced technologies that China needs. However, the U.S. has cautioned Western countries to be wary of dealing with China in the hi-tech sector. How will this pressure affect cooperation between Europe and China in the tech industry?

Wuttke: I think the U.S. pressure has not really reached the decision levels in Europe. China still has complete access to the European market. But the danger is looming. It's very important how people feel about a partner. In Europe, China unfortunately is losing a bit of soft power that is needed in order to support a close relationship. China needs further reform. We are doing a decoupling study very soon to show what it does to European businesses in China if the U.S. and China go down this road of complete decoupling. But I can tell you one thing: All of us are going to be losers. 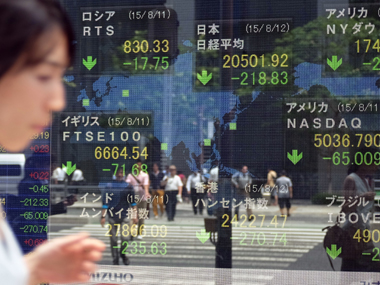 CGTN: Does China still have any advantages to offer to its EU trading partners now that its labor cost is rising and its population is aging?

Wuttke: What China has to offer to European companies is extremely demanding customers and bright people in laboratories.

I'll give you an example – the average age of a buyer in Germany is 53, and in China it's 35, primarily women. What drives many companies, including mine, to more innovation is that customers are demanding more and more. Chinese customers are gadget-rich. They want another one by the year; (this) is actually the demand of a new population that has a strong affiliation to technology. It is something we don't have in Europe. Many people underestimate the fact that when we operate in China, you learn so much that you can sell products elsewhere in the world.

The second thing is half of the PhDs in sciences and technologies around the world is Chinese from the mainland. So they are great minds to not only work in China but also the laboratories in Europe. So sometimes people see the aging, this and that, but actually the human factor is the real winning proposition of China.

CGTN: How did we get here?

Wuttke: The integration of economic superpowers is difficult. (Take) the experience in my own country of Germany in the late 19th century. In 1871, Germany was very backward and then started industrializing, had an economic super run, and urbanization took place at the same time.

How did we get here? I think it's really multiple layers of miscommunication on both sides, and expectations are possibly not fulfilled. 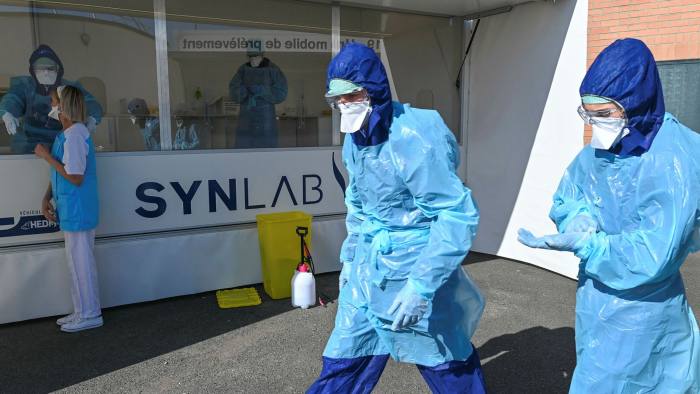 Synlab, one of Europe's largest diagnostics groups, planned in August to increase its COVID-19 testing capacity by up to 50 percent in coming months in anticipation of a potential surge in infections. /AFP

Synlab, one of Europe's largest diagnostics groups, planned in August to increase its COVID-19 testing capacity by up to 50 percent in coming months in anticipation of a potential surge in infections. /AFP

CGTN: Will this anti-globalization trend continue? If so, what steps can be taken to reverse course?

Wuttke: When you are sliding down, you can actually find a rescue path. We must stop the zero-sum thinking. You know, we negotiate, you win an argument, I feel like I lost something. I think there has to be an awareness that we are not in a zero-sum game, particularly in globalization. The cake gets bigger, we can both have a share.

CGTN: You've been in China since the 1980s, and you have witnessed the country's economic boom and also two financial crises over the past 30 years. What do you think of its performance over the course of history?

Wuttke: When I came here in 1982, I could not see this coming. I lived here since 1987 on and off and one straight since 1993. The economic development in China has humbled me in many, many ways. I remember when I was invited to see the future of Pudong in 1993, I went there and found the guys were crazy. So I was overcautious about myself being skeptical about China because China has beaten my expectations time and again. So you have that storyline. At the same time, China has gained, of course, the comfort of living, better hospitals, better schooling… Everything has improved.

What I'm a bit lacking, or nostalgic for, is the curiosity of the 1980s. They were more open-minded for different developments.