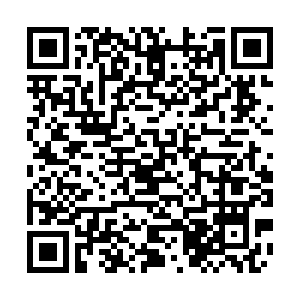 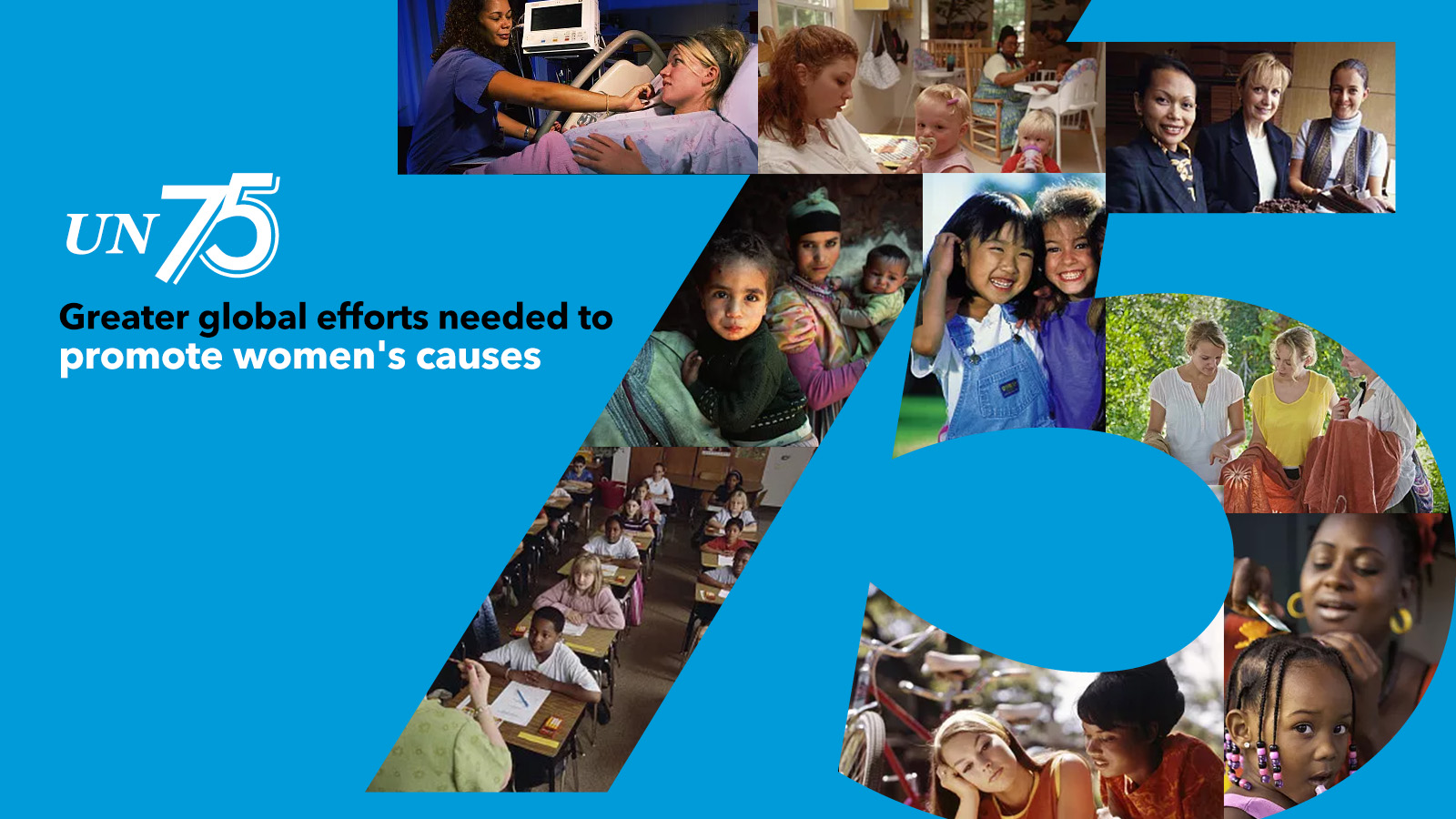 Societies benefit when women can rise to opportunities, and every step in the development of their rights has promoted the progress of human civilization.

As this year marks the 75th anniversary of the United Nations, the 20th anniversary of UN Security Council resolution 1325 on "Women, Peace and Security," and the 20th birthday of UN Women, more attention and efforts should be paid to the cause of women so as to achieve the global Sustainable Development Goals (SDGs).

"As the Chinese people pursue a happy life, every Chinese woman has the opportunities to excel in life and make their dream come true," said Chinese President Xi Jinping at the Global Leaders' Meeting on Gender Equality and Women's Empowerment 15 years ago, profoundly expounding the Chinese proposition of promoting equality between men and women and women's all-round development.

China has always attached great importance to promoting gender equality and overall development of women, and China's practices and measures in this regard have not only promoted the development of the cause of women around the world, but also set an example for other countries.

The founding of the People's Republic of China (PRC) in 1949 ushered in a new era for women in China, changing their social status from an oppressed and enslaved group in ancient times to masters of their own fate, according to the white paper titled "Equality, Development and Sharing: Progress of Women's Cause in 70 Years Since New China's Founding." 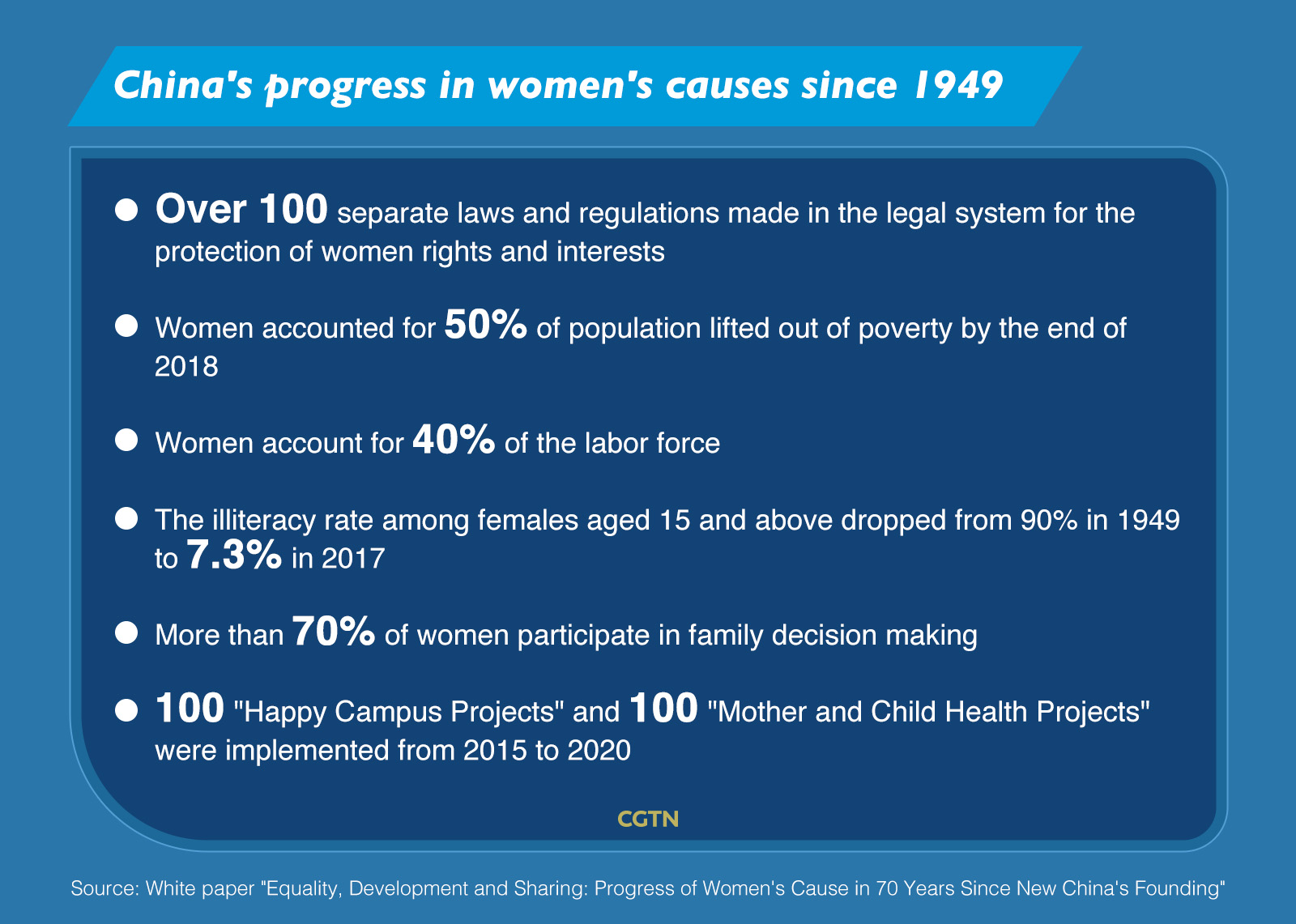 Progress has been made in areas such as the legal system for the protection of women's rights, women's role in economic and social development, women's political status, women's education level and so on.

Meanwhile, the Beijing Declaration and the Platform for Action, which are landmarks in promoting the global cause of women, laid down strategic goals and policy frameworks for promoting gender equality and ensuring the women's cause.

The conference launched in 1995 has a far-reaching and positive impact on the global cause of women's development, according to Chen Xu, China's Ambassador to the UN in Geneva.

25th anniversary of the Fourth World Conference on Women: The power of Chinese women

A quarter-century on, while much work remains to be fulfilled on the promises of the Beijing Platform for Action, it continues to be a global framework and a powerful source of mobilization, civil society activism, guidance, and inspiration, UN Women said on September 4.

There has been progress over recent decades around the world: More girls are going to school, fewer girls are forced into early marriage, more women are serving in parliament and positions of leadership, and laws are being reformed to advance gender equality.

Despite these gains, many challenges remain.

"COVID-19 threatens to undo the gains made on gender equality in the past 25 years. Women's economic security is in jeopardy, gender poverty gaps are widening, gender-based violence is resurgent, and girls' education and maternal health are threatened," UN Women's executive director, Phumzile Mlambo-Ngcuka said as she warned the world of the "reversal of women's cause."

In 2021, it is expected there will be 118 women in poverty for every 100 poor men globally, and this could rise by 2030. This would be a stunning reversal for the SDGs, she warned. 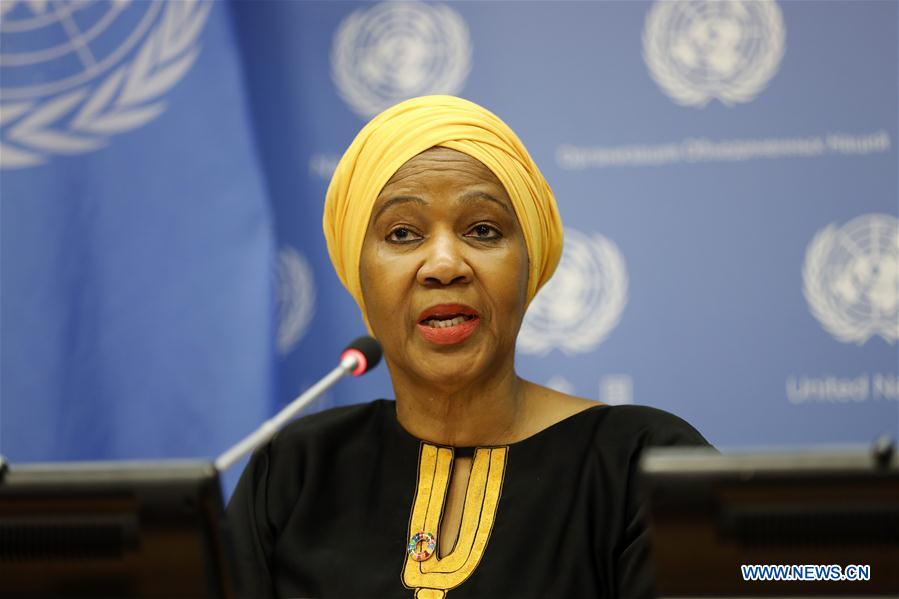 International Women's Day 2020: 10 women in Europe who drove change in the past year

"But this kind of backsliding is not a foregone conclusion. With bold policies to boost women's economic empowerment, we can shift course and accelerate progress instead," she said.

In recent years, the movement for women's rights has sprung up, and it's a good trend as young women are showing leadership, said UN Secretary-General Antonio Guterres ahead of commemoration for this year's International Women's Day.

Looking into the future, how can we prevent the reversal of women's cause? The remarks of Guterres can help find a solution – the 21st century must be a century of equality between men and women, and all should do their part to achieve this goal.