A manufacturer's woes in a fast-paced China
By Yu Jing, Hu Yiwei 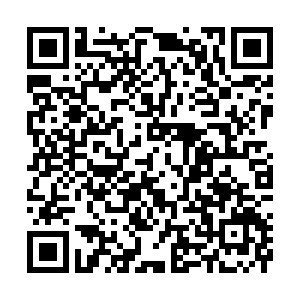 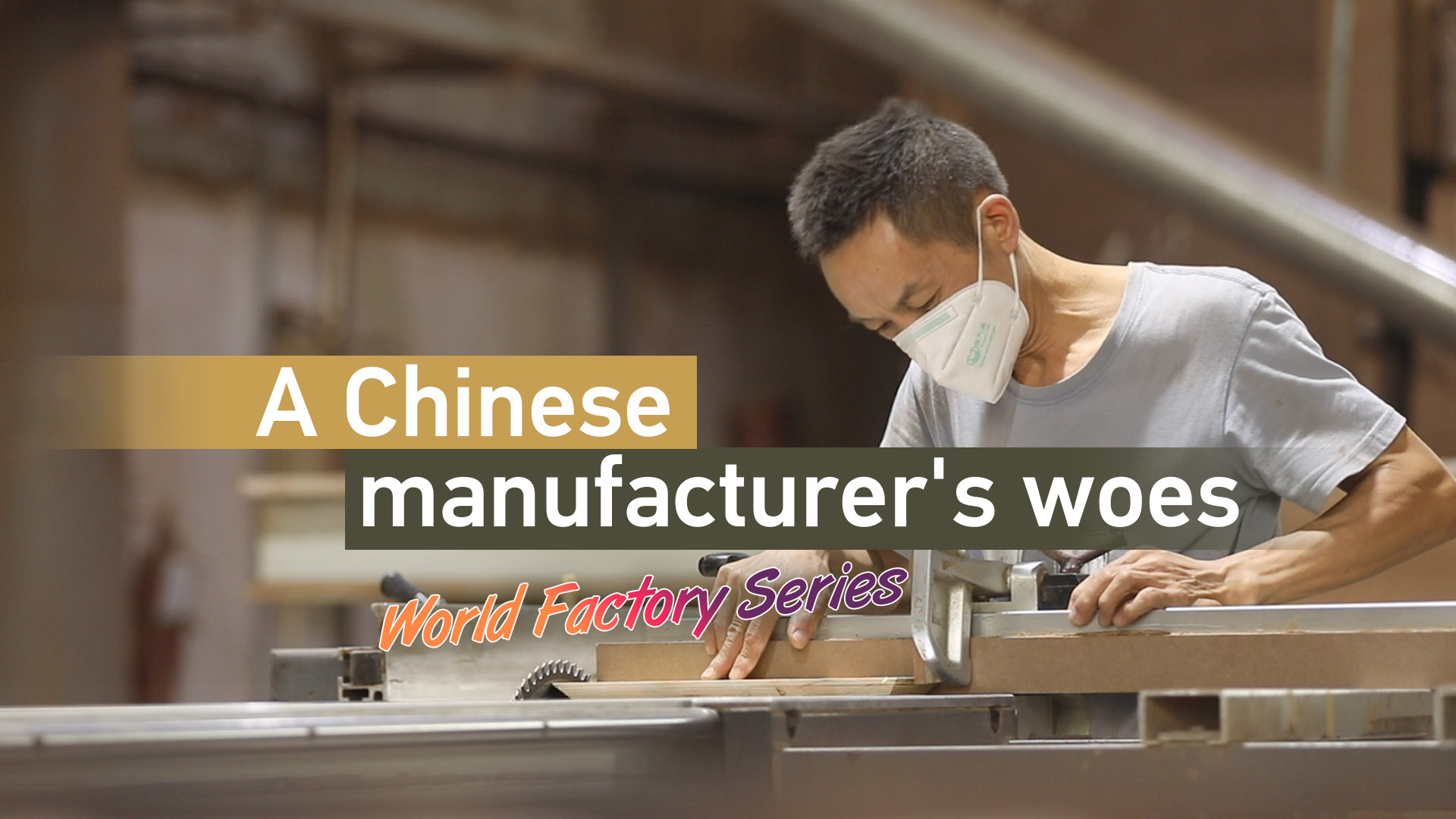 Editor's note: The story is part of our continuing World Factory series, which delves into the trajectory of China's economic growth amid a changing geopolitical landscape, the pandemic and a global economic recession. You can read the first one here, and the second one here.

At ease in the factory that he has been running for over two decades, he confesses that the worrying prospect of his business makes him anxious. Though the pandemic led to a rise in sales figures of loudspeakers, he found it hard to reinvent the business in a changing China.

Yao's factory specializes in speaker cabinets for the world's top brands. The business is labor-intensive and lacking automation because it is hard to reach a big scale production, so it's not economically feasible to automate production lines, Yao explained. 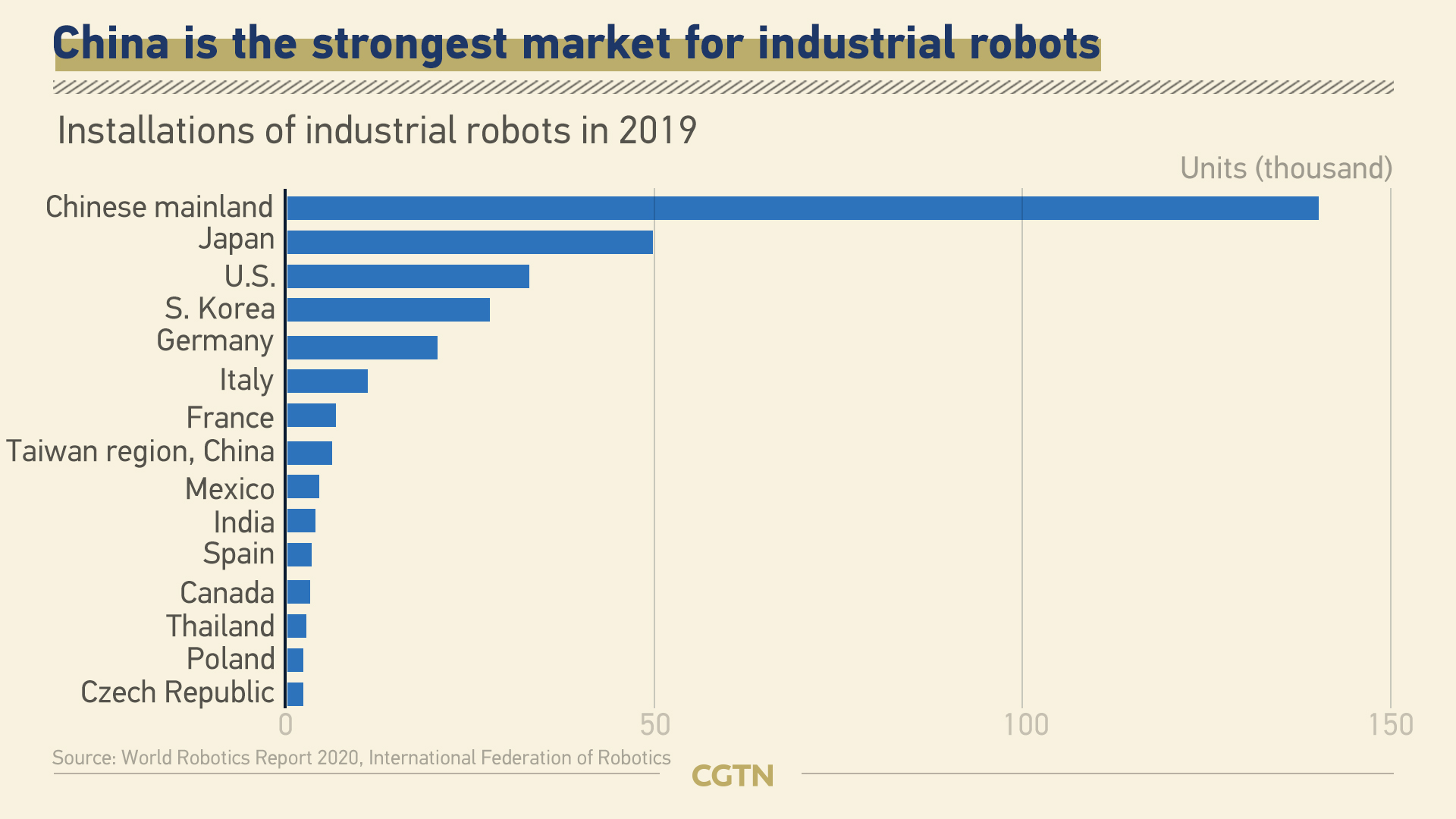 But for Yao, it is more costly to hire employees to train and manage the machines than to have workers do the job. At his factory, three big machines were not active.

The business is sensitive to rising labor costs, as well as soaring land prices. But what worries Yao the most is that the new generation of migrant workers in rural China is not willing to toil in the factory anymore. Many sought opportunities as food delivery couriers or office workers in cities.

Around China, other factories see a similar dilemma. Every year after the Spring Festival, when a new production season begins, factories try to recruit young workers with the promise of a higher paycheck and decent welfare, but many would still face a massive shortage in their labor force.

Almost all employees at Yao's factory are over the age of forty. One employee who is in charge of painting the wood boards is in his 60s, and he is exposed to all the noise and paint smell.

"I worry that one day if they retire, that would spell doom for our business," said Yao. 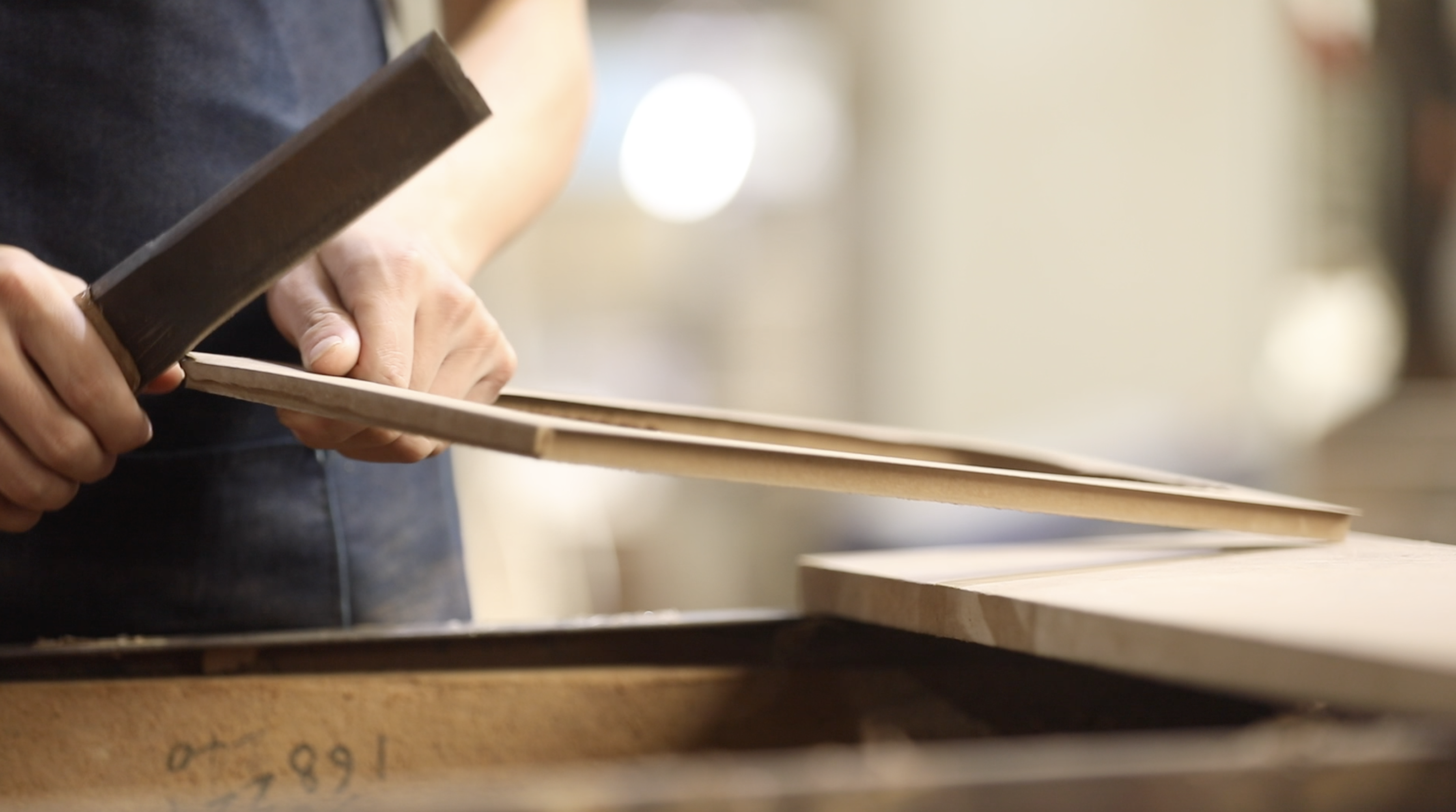 A worker cuts a wooden fragment with a saw in the factory. Shen Langlang/CGTN

A worker cuts a wooden fragment with a saw in the factory. Shen Langlang/CGTN

When competition became fierce, Yao switched to producing wooden musical instruments. That turned out to be a failed attempt in the end because his high standard of production put him at a price disadvantage.

But Yao cannot catch up with the changing consumer tastes. He tried to hire professionals to remodel his final products to be blue-tooth enabled, but because he did not have the know-how to understand the new tech, he found it hard to make that adjustment.

Asked why he could not learn about the new field, he sighed and said, "because I am getting old." 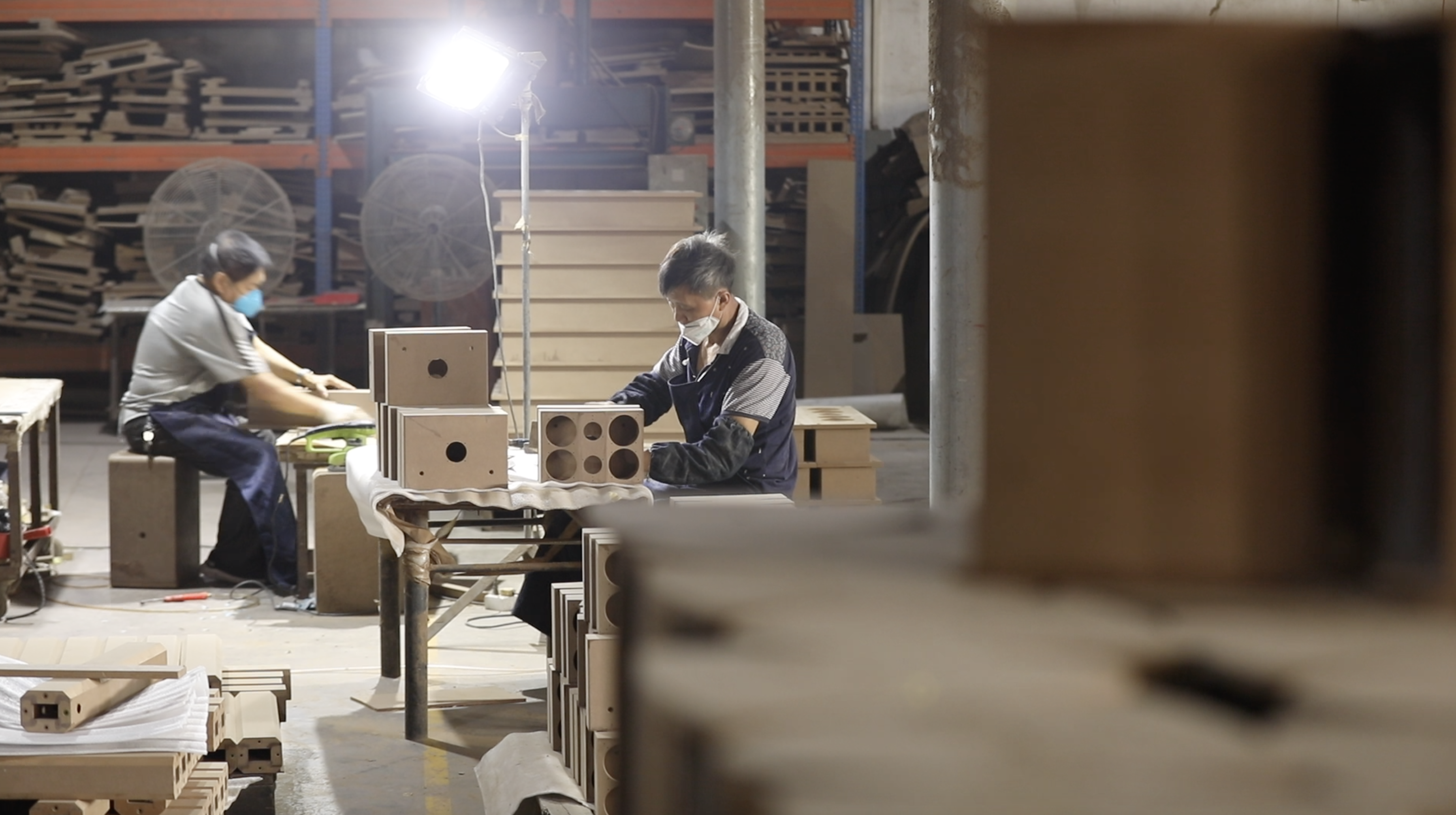 A worker in his 40s at the factory. Shen Langlang/CGTN

A worker in his 40s at the factory. Shen Langlang/CGTN

Yao is in his 40s, hardly an old man by any standard. But his frustration is a reflection of how fast things change have changed in China, and the ones that can't adapt to change might feel a perpetual sense of anxiety.

Around him, many loudspeaker producers have closed down their factories due to rising operational costs. Yao noted his business is "dragging"— it won't die in the near future but it won't experience a big revival. Market forces are out of his control.

This condition that Yao's business is suffering is hardly unique among Chinese manufacturers on the low-end value chain. As original equipment manufacturers (OEM) that do not have their own brands, with little tech know-how, and demographic dividend in decline, they have little bargaining power in the negotiation of price, or little advantage in capturing market share.

In an effort to enable companies to address those challenges, the Chinese government has been encouraging manufacturers to move up the value chain. Across provinces and municipalities, special funding is allocated for business owners who want to upgrade traditional manufacturing. 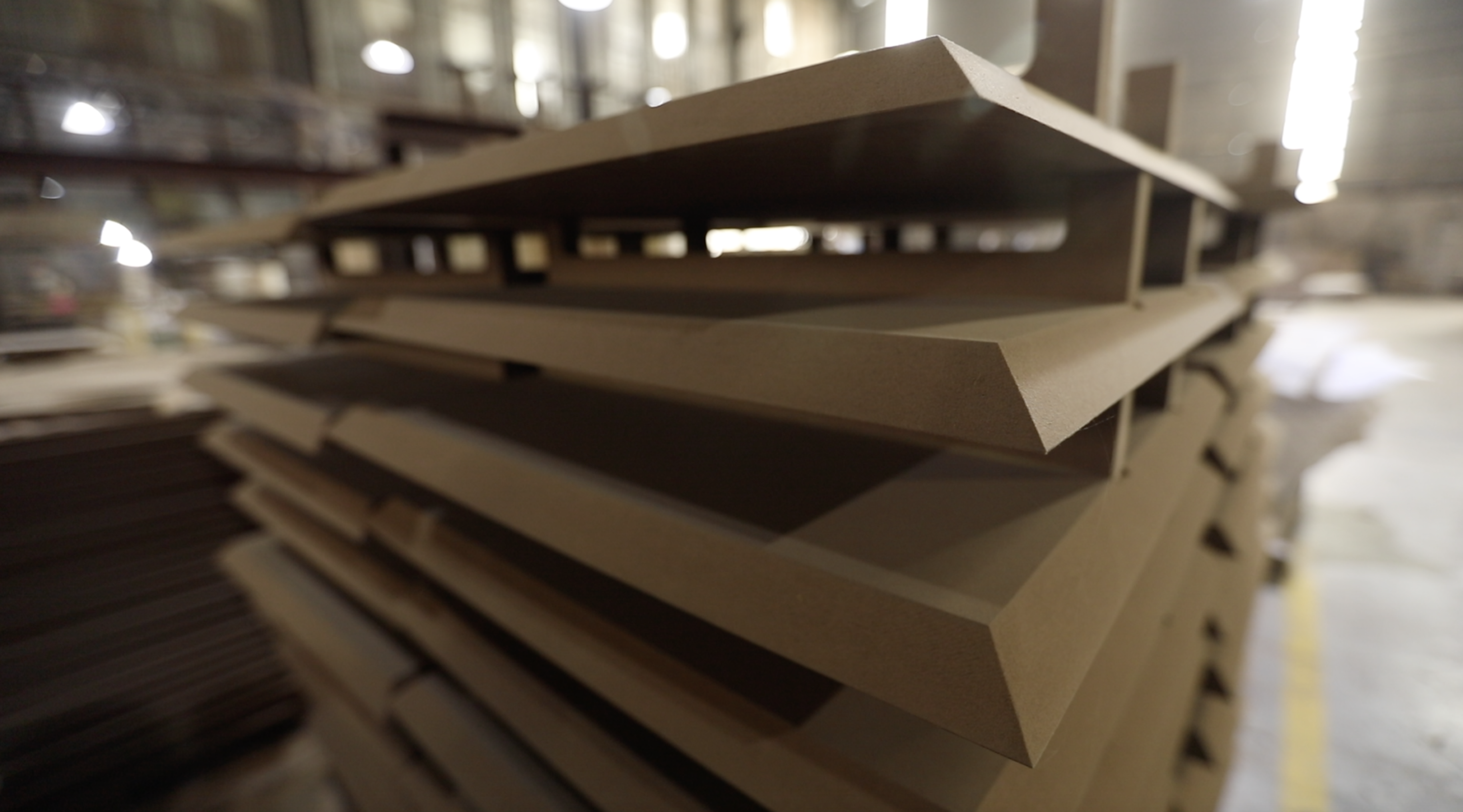 Wood frames piled up in the factory. Shen Langlang/CGTN

Wood frames piled up in the factory. Shen Langlang/CGTN

In Guangdong Province where Yao's factory is located, subsidies were granted to private businesses to promote high-quality manufacturing, and policies were introduced to ease the difficulty of taking out loans for manufacturers.

Digital technology, one of the central pillars of China's vision for upgrading manufacturing infrastructure, is now in use across factories in Guandong Province. According to data from AliCloud, the cloud computing arm of the tech giant Alibaba, more than 60,000 companies in Guangdong have combined manufacturing and cloud computing since 2015.

To assist manufacturers in the transition to higher-value manufacturing, more tech assistance can be offered, said Yao. "Because we are in such a niche market, developers don't want to design machines specifically for us and it would be great if someone can offer some assistance," he noted.

"I am all for tech transformation," he emphasized. "But I just don't know how I can be part of that process."