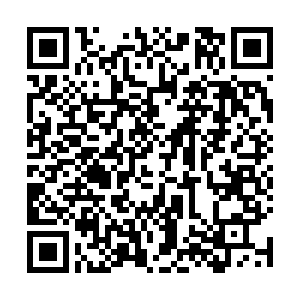 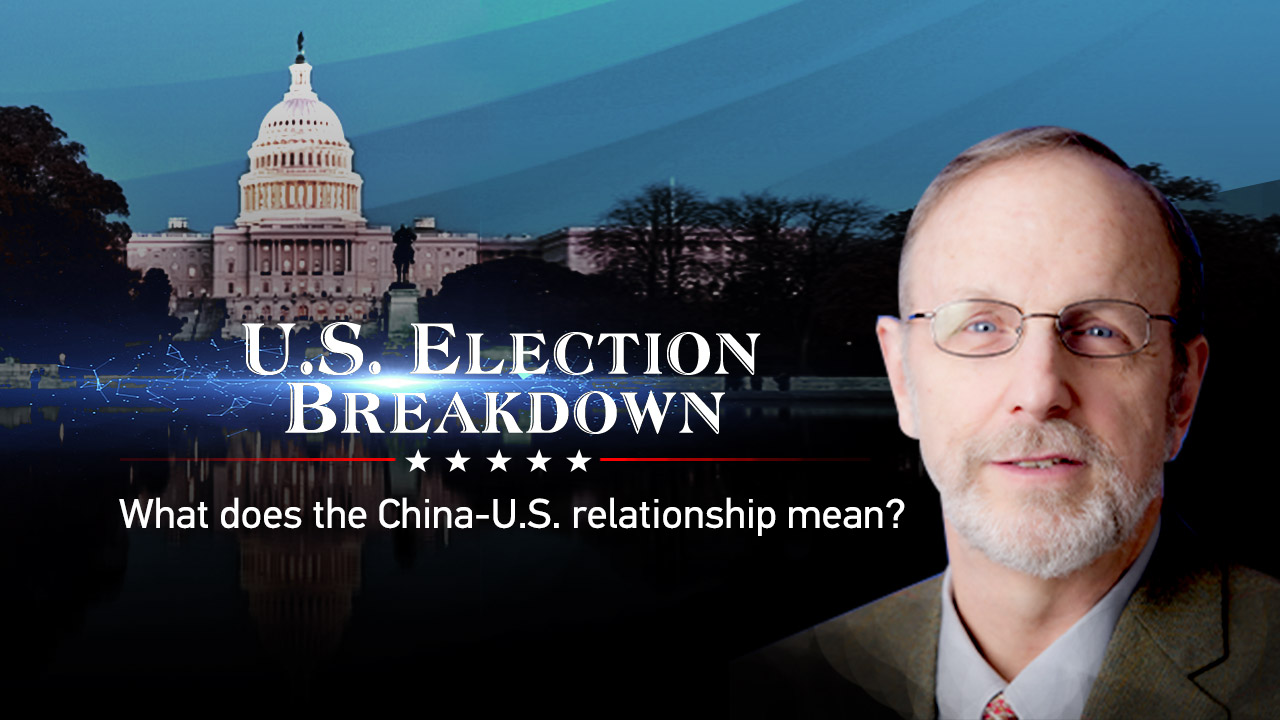 Editor's note: The 2020 U.S. presidential election is a once-in-a-lifetime event to watch. The American public and politicians are drowning in international conflicts, domestic crises, political divide and civil unrest. The U.S., and its relationship with other countries and the international system today stand at a crossroads. What's in store for us from now until November 3? What will the future look like after this crucible? CGTN is inviting scholars from U.S. think tanks and universities to break down the election and share their views on its various aspects. This is part two of the series, with Michael D. Swaine discussing China's development over the past decades and the future of China-U.S. relationship. Dr. Swaine is the Director of the East Asia Program at the Quincy Institute for Responsible Statecraft starting on October 1, 2020. He is a former senior fellow at the Carnegie Endowment for International Peace and one of the most prominent American analysts in Chinese security studies. Formerly a senior policy analyst at the RAND Corporation, Swaine is a specialist in Chinese defense and foreign policy, China-U.S. relations, and East Asia international relations. The opinions expressed here are his own, and not necessarily the views of CGTN.

Adriel Kasonta: Is it true that China's progress over the last several decades has come at America's expense and Beijing has not made enormous strides largely as a result of its opening to the outside and its adoption of market-based economic development?

Michael D. Swaine: I do not see China's opening and normalization of relations with China have been a net debit, a net negative impact for the United States or the West. I don't think that's the case at all. And I think those who argue that China has only gotten to where it is by stealing secrets from the West, or from other countries, or that China has only gotten where it is because of the American investment in China is ridiculous.

China has achieved enormous progress by opening-up and by engaging with the West and by following market incentives in its development. And the West itself has also benefited enormously through interactions with China economically and otherwise. The World Bank estimates that one-third of global growth since 2008 has been due to China.

One-third of global growth! You won't see that said by many U.S. government officials. And yet China's impact on many countries in a positive way economically is absolutely undeniable. So, China's growth has generated major benefits, and engagement has produced major benefits for the United States, for the West, and of course for China.

We need to really establish a much more fact-based, much more balanced understanding about China and about the U.S.' response to China that we have at present. That's for sure. The United States has moved to an extreme opposite in its assessment of China and its impact on the world away from what some view as the over-conciliatory stance of previous administrations – which is in many respects, I think, debatable.

But nonetheless, there has been this move away from engagement to this opposite extreme, which is way too extreme and can't be sustained over time. The pendulum is going to move back towards the center. There needs to be a more balanced middle-ground in understanding what China means for the United States and what the U.S.-China relationship means. 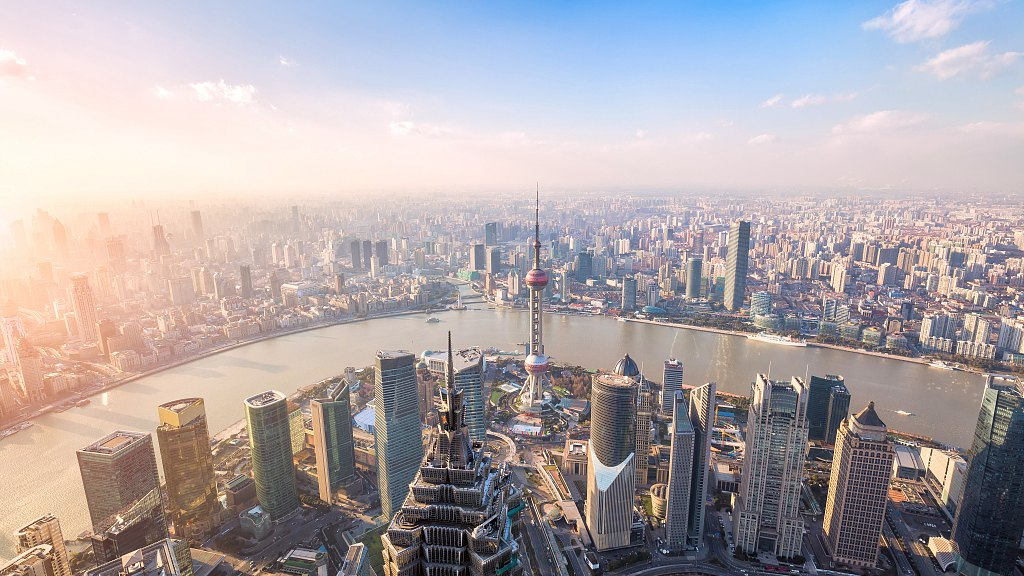 Kasonta: What would be your advice on U.S.' China policy?

Swaine: First we need to be reflective and face-based in how we look at China, and we have to also do it in the context of American domestic imperatives, because we can't compete effectively with China as long as we have the kinds of problems that we continue to have within the United States, in terms of income inequality, in terms of the stagnation in many ways of the middle-class, in terms of the failure to invest in infrastructure and research & development in many hi-tech areas – and I mean government investment. As long as we have some serious deficiencies in all these areas, we will continue to be less than capable in some respects in competing with China.

So I would say, a major aspect of a policy towards China is to understand the importance of the United States improving its domestic situation. And secondly, I would say that the United States needs to start thinking about what a stable balance of power would look like in the Western Pacific, as I've said before. And this discussion must begin at home, and then it has to be extended to friends and allies, and only then to the Chinese.

There has to be an understanding within American leadership and within, and among, American allies and friends about where we want to go in the region, and where we would like to see the region end up over time, something that is relatively free, again, of the exclusionary zero-sum types of thinking that so dominate now American thinking. 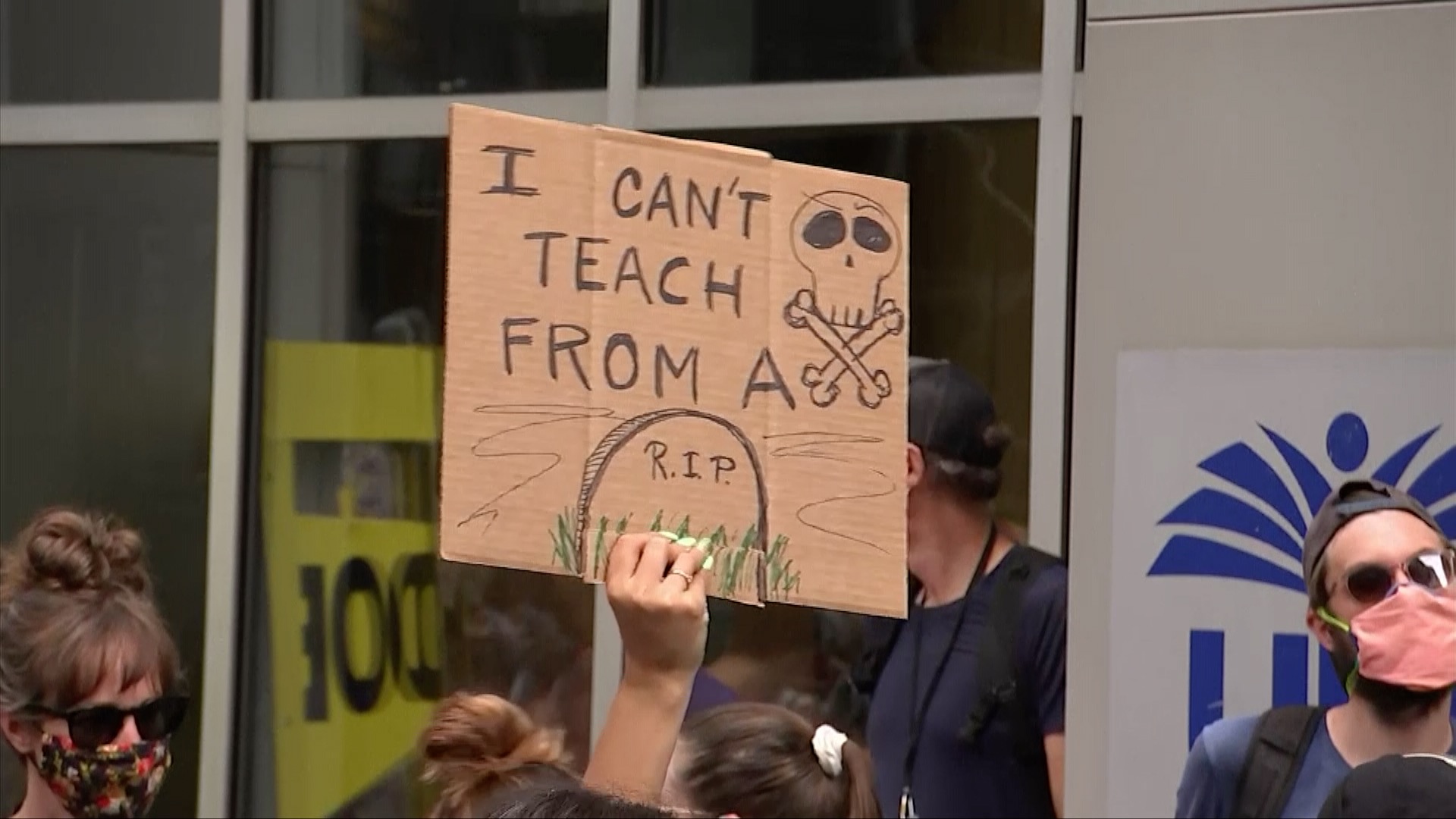 So, we must have a shift in that direction as well. And I think also the United States needs to start really putting a lot of support behind multilateral structures and institutions. The World Trade Organization, some version of a Trans-Pacific Partnership, the RCEP (Regional Comprehensive Economic Partnership) concept, which is moving forward without the United States as is the TTP at present. And climate change and the importance of strengthening the climate change regime is an absolutely essential objective for the United States, and then arms control and resistance against further proliferation of weapons of mass destruction (WMD), and dealing with the Korean Peninsula. We need to establish a clearer road map, with the Chinese, about how we are going to get to a more stable Korean Peninsula over time. That again has to be done in tandem with American friends and allies in the area.

So in all these areas, the United States needs to start thinking through what its objectives are and how it's going to meaningfully achieve them, with a clear understanding of the facts of the matter and the resources available, or likely not available, to the United States, and the importance of dealing with American friends and allies in all of these areas.

I think what is required is a broader-based set of initiatives. If we don't do this, we'll have a continued deterioration of the China-U.S. relationship, I believe, and a deterioration of the climate in Asia (and most likely beyond). And nobody wants that. I mean nobody is prepared to back a zero-sum contention between the U.S. and China indefinitely. U.S. allies don't want it, other countries around the world don't want it, I don't think many Americans want it, and I don't think many Chinese want it. Kasonta: How would the outcome of U.S. 2020 presidential election influences the China-U.S. relationship? Do you believe that Washington will be seeking to contain China or decouple it from the global economy? And if successful, will it be in the interest of the U.S., and other global economy participants?

Swaine: I think the first thing is that in the United States, there has emerged in the last several years a bi-partisan consensus of sorts that China represents a greater challenge or a threat than had been previously thought. And that therefore there needs to be more deliberate efforts made, more systematic efforts made, to deal with that problem effectively.

Now, this judgment, this consensus, has within it all kinds of issues that can be challenged or qualified in some ways. I think that the response has been over the top in many kinds of ways, both by Republicans and Democrats, and cries out for a much more sophisticated understanding of the complex nature of China's challenge.

But that said, I think that Biden, if he's elected, will probably, despite this consensus, soften the rhetoric that has been used by the Trump administration with regard to China. He will work to improve bilateral relations with China where cooperation is clearly required – something that the Trump administration barely acknowledges and really uses as a throwaway line: "Oh, we will co-operate where we can, but really we have to focus on the fact that China's threatening us." But I think Biden will recognize that this is a totally inadequate stance to take, and that there needs to be a more significant basis for cooperation established between the two countries – given the major challenges that they both face in a variety of different venues and arenas: Climate change, pandemics, the global financial order, counter-terrorism, WMD non-proliferation etc.

There are clearly many issues over which China and the United States must cooperate. And I think that the Biden administration will recognize that. It will also, I think, stop alienating America's friends and allies, and will listen more to them, rather than lecturing them and trying to tell them what they should be doing in response to China, as Secretary of State Mike Pompeo seems to do on a very frequent basis. Now, if he really listens to what others say, I think Biden will step away from the zero-sum demonizing that has dominated the Trump era towards China and start developing more balanced policies that place limits on rivalry, strengthens the U.S. capacity to compete, develops more clearly and narrowly defined tools for defending the U.S. interests regarding China, and build multilateral structures for cooperating and dealing with their economic and financial, and other, differences.

I think that if Trump is re-elected, he gives every sign of continuing with his current, chaotic, zero-sum, worst-case policies that are designed to restrain Chinese development and to decouple the two economies and technology spheres. This will more likely result in the U.S. isolating itself, given the dense and deepening economic and technological linkages between China and many other countries. And the resulting fact that these countries ultimately don't show much inclination of a desire to entirely decouple from China, and to contain Chinese development the way the Trump administration is arguing.