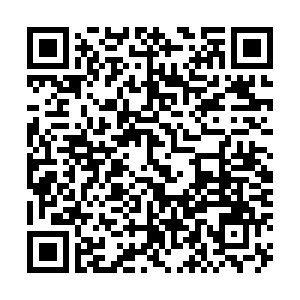 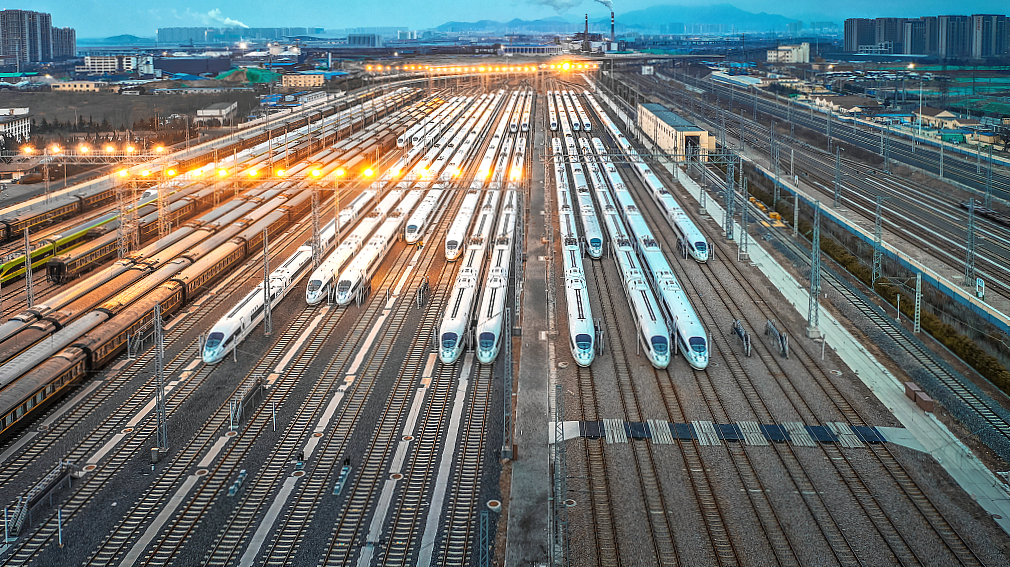 China has seen over 10 million daily railway trips during the National Day and Mid-Autumn Festival holiday with a new daily record of 15.09 million trips on October 1, according to the country's railway operator.

Tens of millions of travel-starved Chinese started to hit the roads on Wednesday, as China celebrates its 71st birthday and the first major holiday since the coronavirus pandemic was brought under control in the country.

About 12.02 million railway trips were made across the nation on October 2, with railway transportation running safely, stably, and orderly, the China State Railway Group said on Saturday.

The national railway network saw a travel rush begin on September 30 with 12.39 million daily trips ahead of the Mid-Autumn Festival, which fell on October 1 this year, coinciding with the National Day. 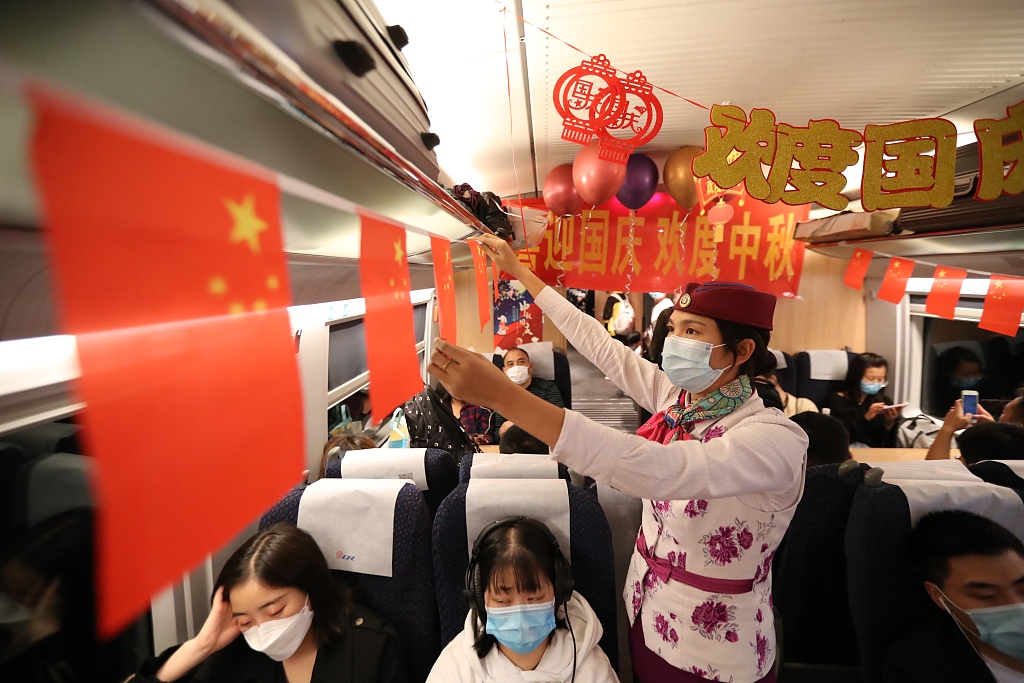 A staff is decorating the carriage on a train in Chongqing North Railway Station in southwest China's Chongqing City, September 30, 2020. /CFP

A staff is decorating the carriage on a train in Chongqing North Railway Station in southwest China's Chongqing City, September 30, 2020. /CFP

The peak of railway transport appeared on the first day of the National Day holiday as the number of passenger trips reached 15.09 million, marking a new daily record since the onset of the COVID-19 outbreak.

It is estimated that about 11.4 million railway trips will be made on Saturday as the travel rush continues, said the railway authorities, who are putting 570 more trains into operation to handle a spike in trips involving tourism and family visits.

A total of 108 million train trips are expected to be made from Monday through October 8, with a daily average of about 9.82 million trips, China State Railway Group said earlier this week. 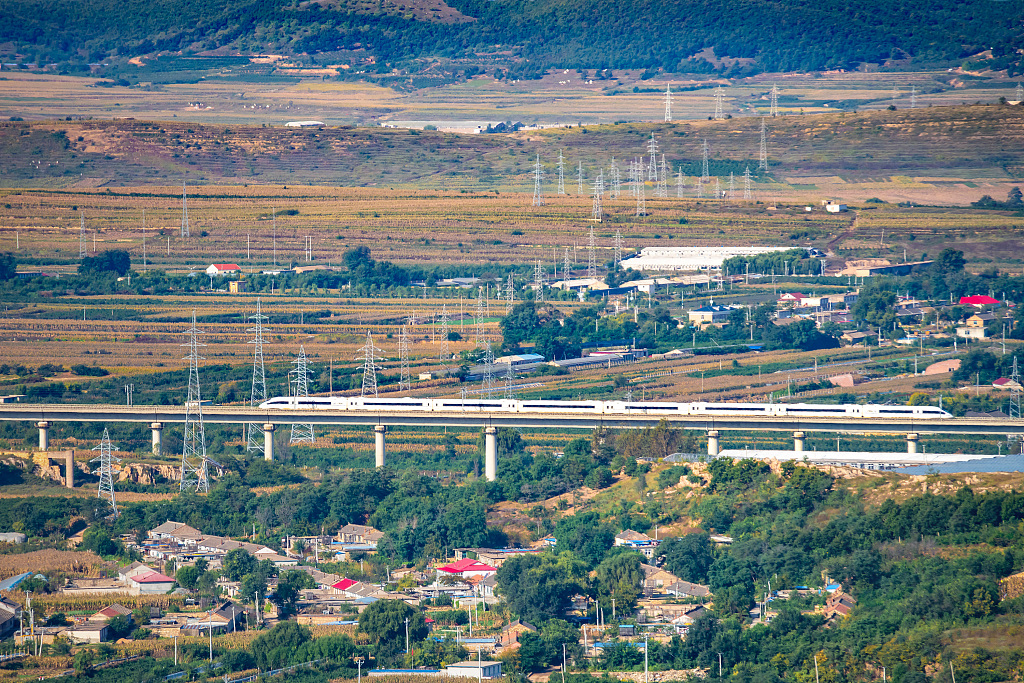 The tourism industry has seen a vibrant recovery amid effective COVID-19 epidemic control, the company said, adding that the robust travel demand is fueled by the "golden week" holiday being extended to eight days as Mid-Autumn Festival overlaps with the National Day holiday, which is usually seven days.

Chinese tourists are heading to domestic destinations this year due to global COVID-19 travel restrictions. Some 600 million tourists – about 40 percent of the population – are likely to travel within the country during the eight-day holiday that began Thursday, according to Ctrip, China's online travel agency.

Inside the driver's cabin of China's Fuxing bullet train