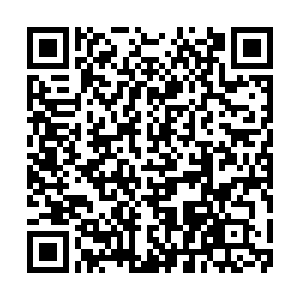 Editor's note: This is the 101st article in the COVID-19 Global Roundup series. Here is the previous one. 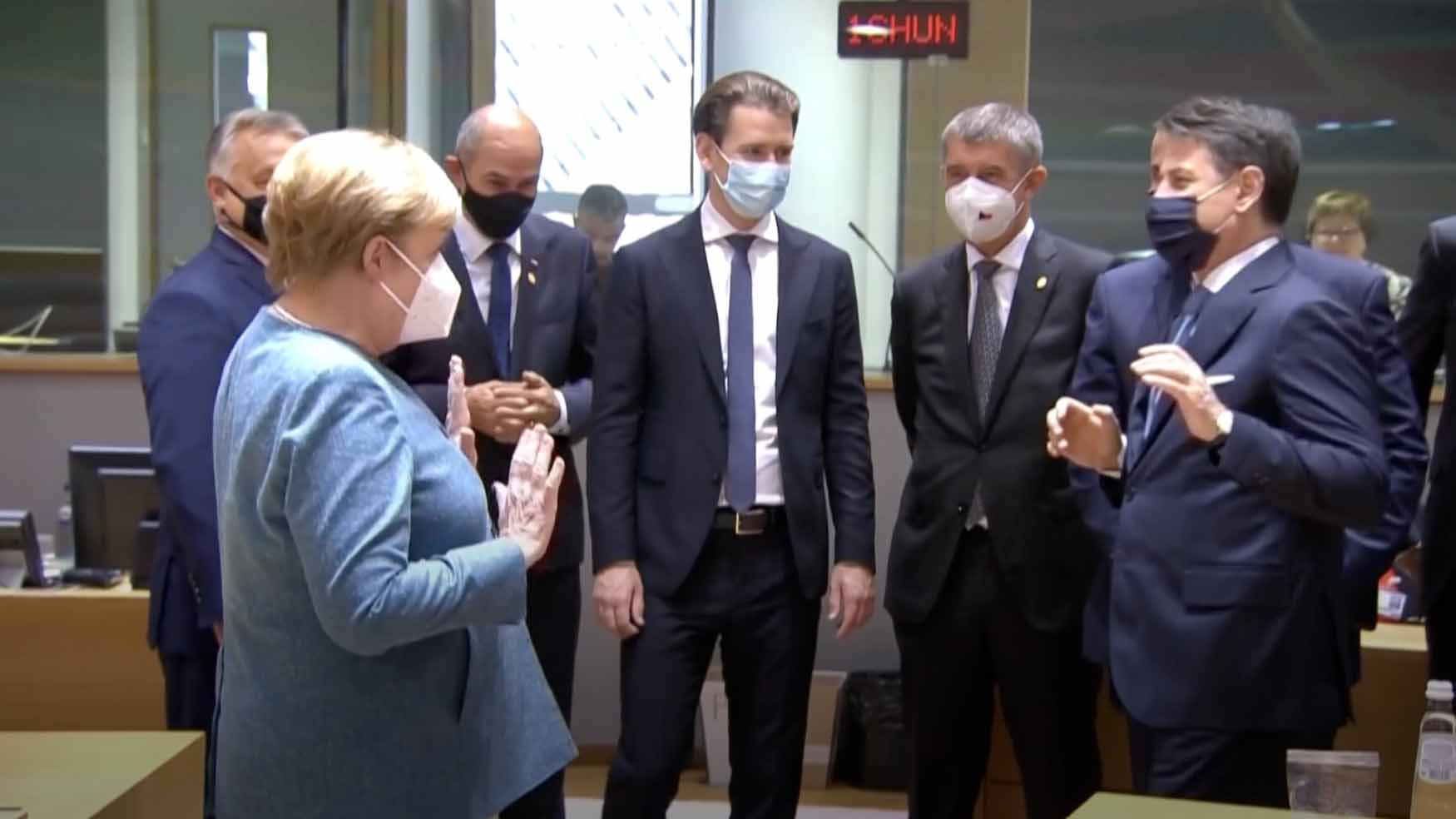 During the past week, European Union officials have urged member nations to move quickly to slow the latest wave of COVID-19 infections in Europe to avoid a repeat of the broad lockdowns that paralyzed the continent's economy in the spring this year.

EU health commissioner Stella Kyriakides said the most recent risk assessment showed that some countries are reporting more cases now than they did during the earlier pandemic's peak in Europe.

"We are at a decisive moment. All member states must be ready to roll out control measures, immediately and at the right time, at the very first sign of potential new outbreaks. This might be our last chance to prevent a repeat of last spring."

So far, more than 3.5 million cases have been reported in Europe and UK since the beginning of the year, including 191,576 deaths, according to figures from the European Center for Disease Prevention and Control. 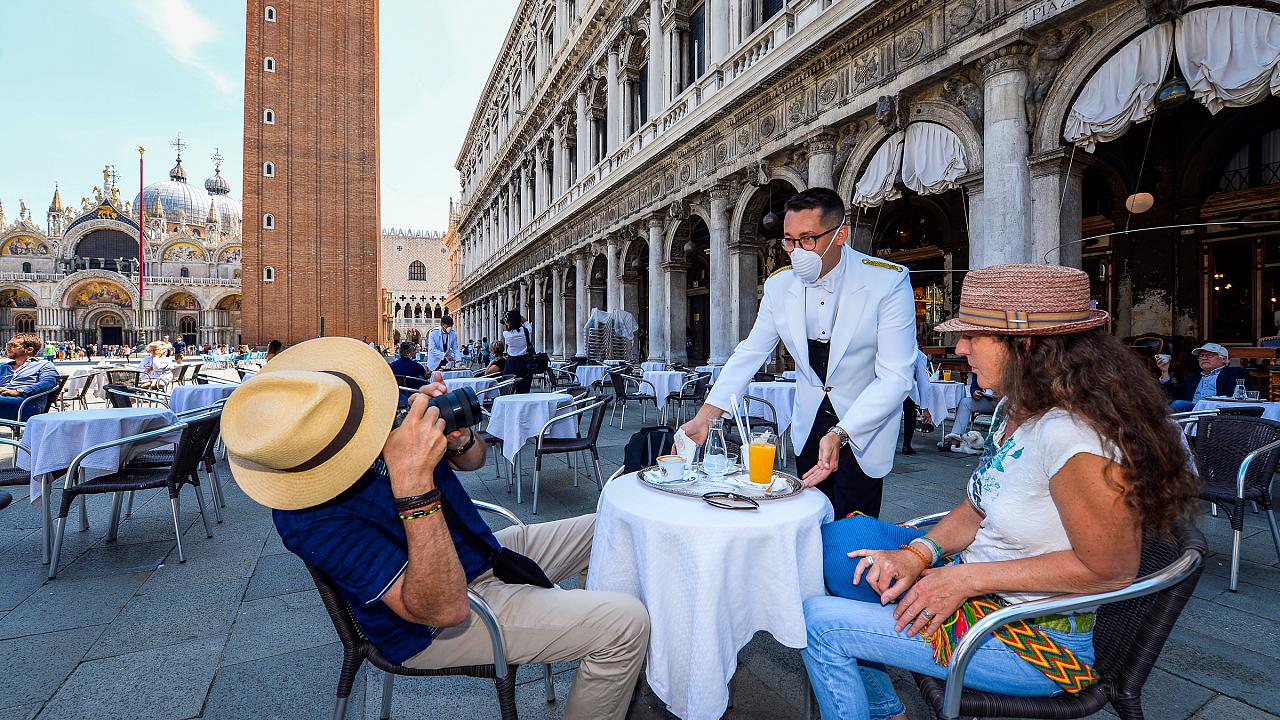 A terrace on St. Mark's Square in Venice reopened after the three-month lockdown amid the COVID-19 pandemic, June, 2020. /AFP

A terrace on St. Mark's Square in Venice reopened after the three-month lockdown amid the COVID-19 pandemic, June, 2020. /AFP

British Prime Minister Boris Johnson said on Sunday he expected the next few months of the COVID-19 pandemic to be bumpy in the UK, but that things would look radically different in the spring.

As Britain has suffered Europe's worst death toll from the virus, many areas including major cities such as Manchester and Glasgow are currently subject to local restrictions. Many people were furious over perceived inconsistencies and confusion surrounding the local measures, and the government is seeking to strike a balance between public health and the wider needs of society and the economy.

"In these areas, I appreciate the fatigue that people are experiencing, but we have to work together, follow the guidance and get the virus down whilst keeping the economy moving, that's the balance we're trying to find," Johnson said in a TV interview.

He also believes people need to understand that there is hope and they will "get through this very well."

Britain's death toll from COVID-19 stands at over 42,300. The daily number of new infections jumped to a record 12,872 on Saturday, which the government blamed on a reporting delay that would raise numbers in coming days. Johnson ascribed the jump to "a computing issue."

Ireland is likewise seeing a "significant escalation" in COVID-19 infections, the acting chief medical officer said on Saturday. With the highest number of daily cases since late April reported, Ireland has seen a steady increase in infections since the end of July, and has tightened restrictions as a result which indulged banning all indoor restaurant dining and most trips in and out of the capital city. The 613 new cases was the highest daily total since Ireland was in a full lockdown. Ten more people died, bringing the total number of virus-caused deaths to 1,810.

In France, Paris and neighboring suburbs will be put under maximum coronavirus alert on Monday, French prime minister's office announced on Sunday, with the city's iconic bars to close as alarming COVID-19 infection numbers appeared to leave the French government little choice. The city's Mayor Anne Hidalgo will outline further specific measures on Monday, which will come into effect on Tuesday and will last for 15 days.

France reported 16,972 new coronavirus cases on Saturday alone, the highest daily number since the country began widespread testing. Figures from the regional health agency ARS show new coronavirus cases remaining above 250 per 100,000 people in Paris, a threshold triggering the maximum alert protocol which has already hit the southern cities Aix-en-Provence and Marseille and their surroundings, as well as the French overseas territory of Guadeloupe.

Interior minister Gérald Darmanin acknowledged that the looming closure of bars and  would be "tough" for everyone concerned: "We are French, we love to drink, to eat, to live, to smile and to kiss each other."

Other large French cities including Lille, Lyon, Grenoble and Toulouse are also hovering near the maximum alert threshold and similar measures as in the capital could be in store for them, too. Last week, restaurants and bars were shut down for a fortnight in Marseille, the southern city at the epicentre of the second wave, prompting protests and an unsuccessful legal challenge. 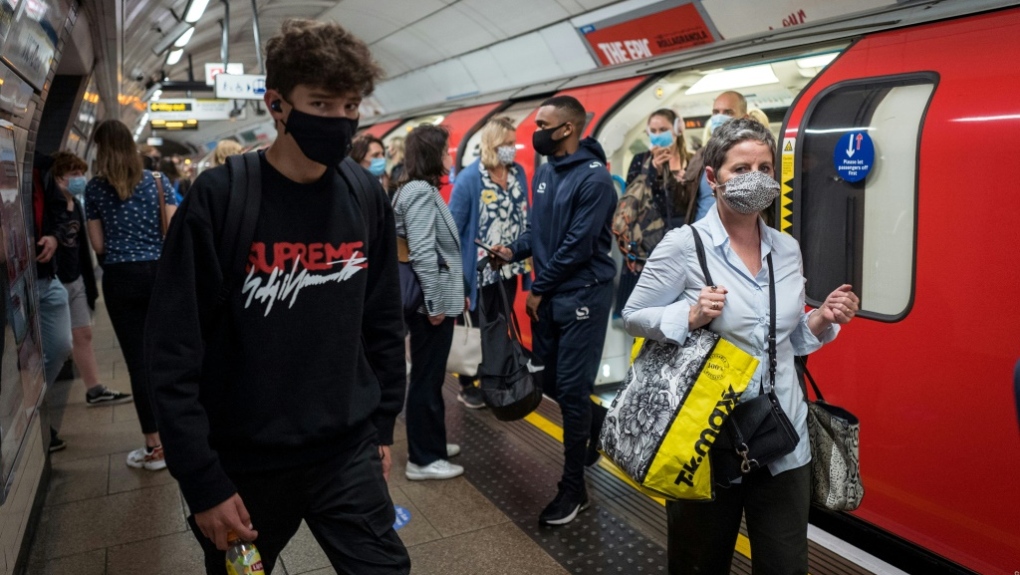 UK experts warn coronavirus is out of control; commuters get off a train in London. /AFP

UK experts warn coronavirus is out of control; commuters get off a train in London. /AFP

In south Europe, Italian government will also likely impose new restrictions on the country in the coming week to try to beat back rising numbers of coronavirus cases, according to its Health Minister Roberto Speranza.

The country's cabinet is due to meet on Tuesday to decide how to respond to an increase in infections, with southern Italian regions for the first time looking vulnerable to the disease. As people realized the battle isn't over, Italy saw a phase of significant growth of cases. The measures under review include making the wearing of masks obligatory outdoors across the whole country and re-introducing curbs on social gatherings.

Italy registered 2,844 new cases on Saturday, the highest number since the end of April, when the country was under a nationwide lockdown. Officials are alarmed by flare-ups in the south, with the region of Campania, centred on Naples, seeing more than 400 new infections a day for the first time.

To help keep control and ensure social distancing rules are respected, the interior ministry said on Saturday that soldiers might be deployed alongside police in some hotspots. 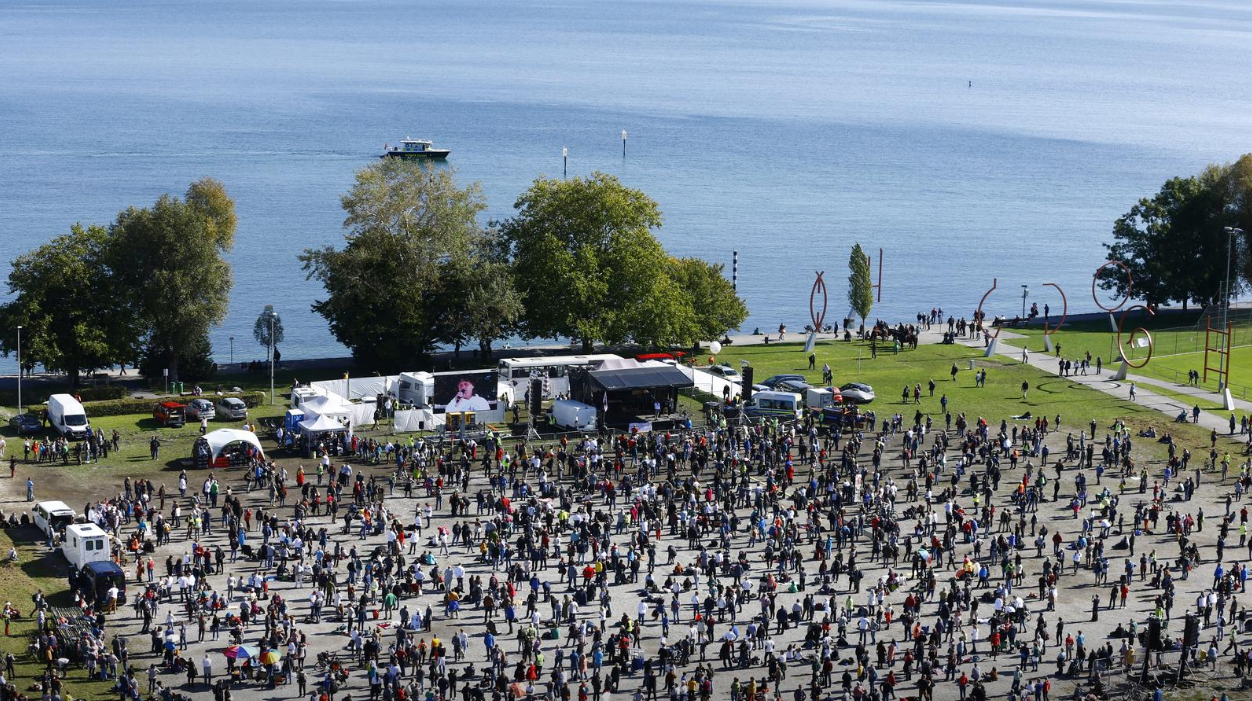 People gather during the protest in south Germany. /Reuters

People gather during the protest in south Germany. /Reuters

In another major EU country, the number has been rising in the past few weeks in Germany. On Thursday, Germany reported 2,503 daily cases – the highest since April – and 12 more people died. The increase has concerned German Chancellor Angela Merkel, who has warned that if it continues, in the next three months, numbers could rise to 19,200 per day.

"If the doubling time remains the same, it leads to very high numbers. This underlines the urgency for us to act," Merkel told media, after a meeting with state leaders at which new restriction measures were announced.

Tensions also took place in some areas in Germany. On Sunday, thousands of demonstrators protested against coronavirus restrictions police in southern area around Lake Constance, although organizers failed to mobilize enough people for a planned human chain around Lake Constance.

Thousands of counter-demonstrators in Constance also turned out to show support for the government's measures to contain the coronavirus while also protesting against right-wing supporters in the other group, local police said.

Germany so far has managed the COVID-19 pandemic relatively well by keeping infections and deaths low compared to other European countries during the first wave in spring. But infection numbers are rising again and authorities are mulling further restrictions which could limit public life and slow down the economic recovery after Germany suffered its worst recession on record in the first half of the year.