Reporter's Diary: Wuhan, the city moving on from COVID-19
By Zhou Minxi 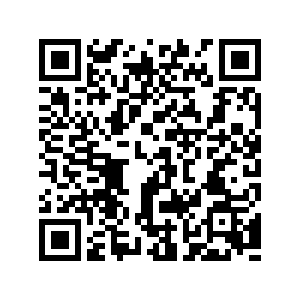 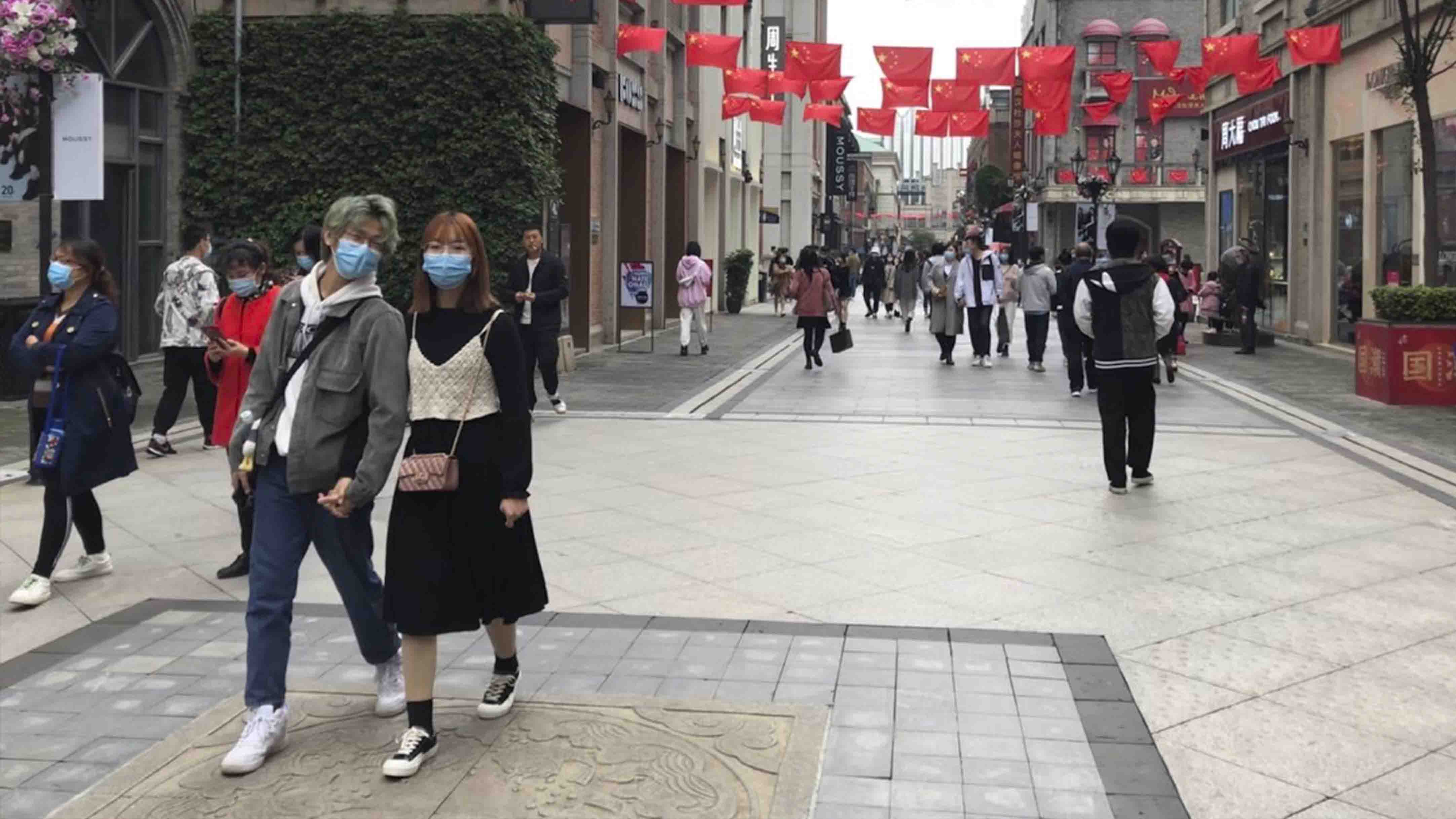 It is that time of year when an autumn chill descends in central China. A jolly mood filled the air as people across the country tried to make the best of the week-long National Day holiday, one of the country's busiest travel periods.

Before arriving in Wuhan, I had some idea of what to expect. The city has been in the headlines for a while, attracting unprecedented global attention as the earliest epicenter of the novel coronavirus outbreak, and its name always associated with the COVID-19 pandemic.

It is also the hometown I haven't been able to return to, until now.

In late January, I had to cancel my trip back home for the Chinese New Year, two days before Wuhan was completely sealed off, the first and probably strictest lockdown in the world over COVID-19. No one knew how bad it could get at that time, or when and whether life pre-epidemic would return. Nine months later, when I could finally make the trip south after the virus subsided, the world as we know it has changed.

Having followed the news of the pandemic closely as a journalist, I have been watching the city I grew up in through the eyes of an onlooker, my mind bombarded with images of hardworking medical workers in protective suits and empty streets during the 76-day lockdown.

But as soon as I stepped out into the familiar damp air, I was no longer the journalist curious to find out how "normal" people's lives are these days, but one of them. I came home. 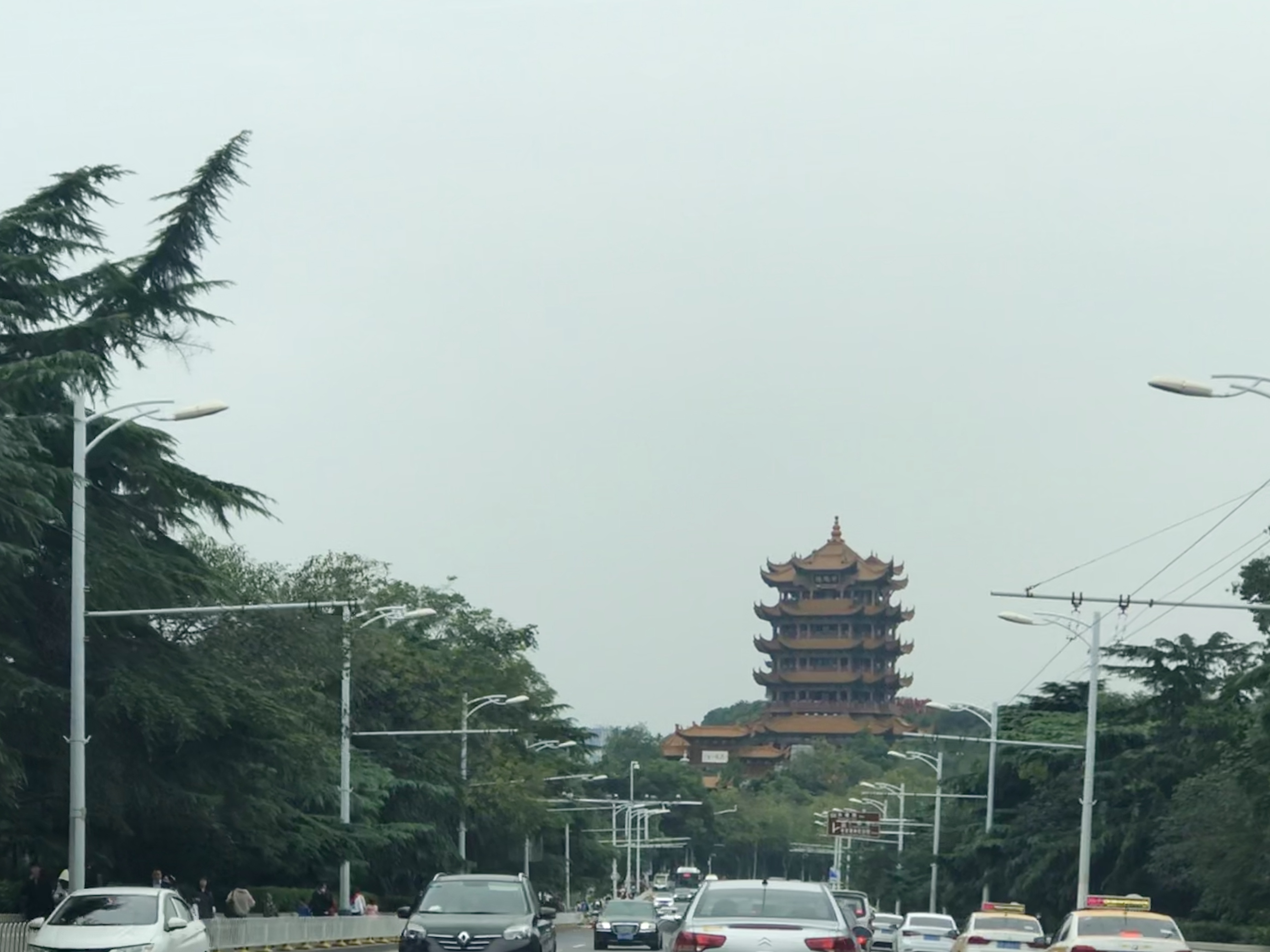 The roads in Wuhan are crowded with traffic during the National Day holiday, October 5, 2020. /CGTN Zhou Minxi

The roads in Wuhan are crowded with traffic during the National Day holiday, October 5, 2020. /CGTN Zhou Minxi

The train station was busy as usual but orderly. A staff member kept telling the queue exiting the barrier to hurry up so it could move faster. There was no extra checking except for a notice and a loudspeaker asking foreign nationals to produce their nucleic acid test results upon arrival. From that moment, it is clear that for the people in Wuhan, the only risks now come from outside China.

The festive spirit was hard to miss driving along Wuhan's busy roads lined with red Chinese flags. A reported 40,000 flags were put up around town, a number some residents believe was supposed to represent the more than 40,000 medical workers coming from all over China to help Wuhan fight the epidemic in February. Now, the city's gratitude fits appropriately into the occasion of National Day with a display of patriotism. 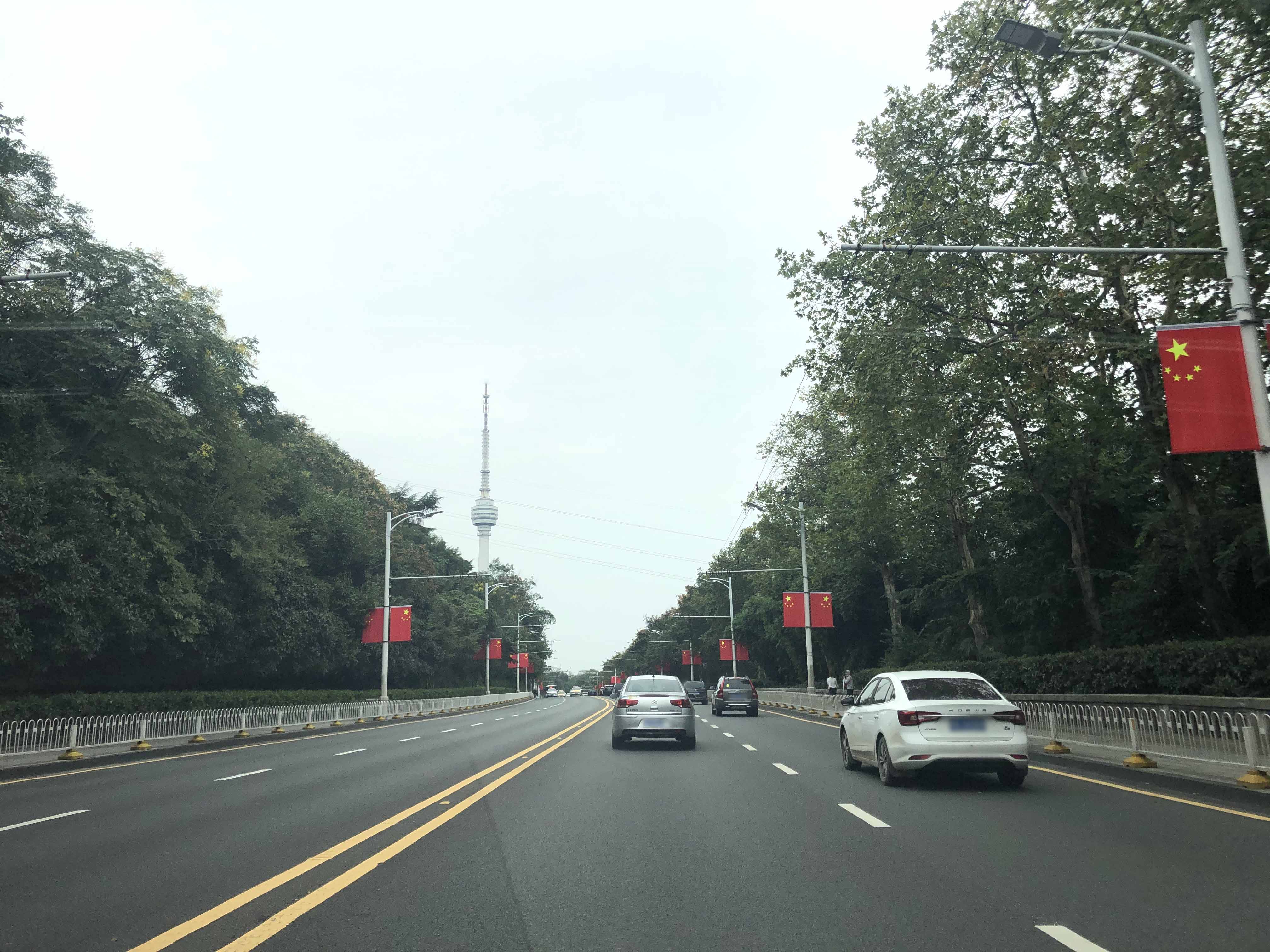 The roads are jammed with traffic and people flocking into stores and restaurants again. Wuhan today is a world away from the disease-stricken city in late January, gripped by fear in full view of the world. At this time, were it not for the majority of people wearing face masks in public, it would be hard to imagine that many in the city had recently experienced profound trauma. 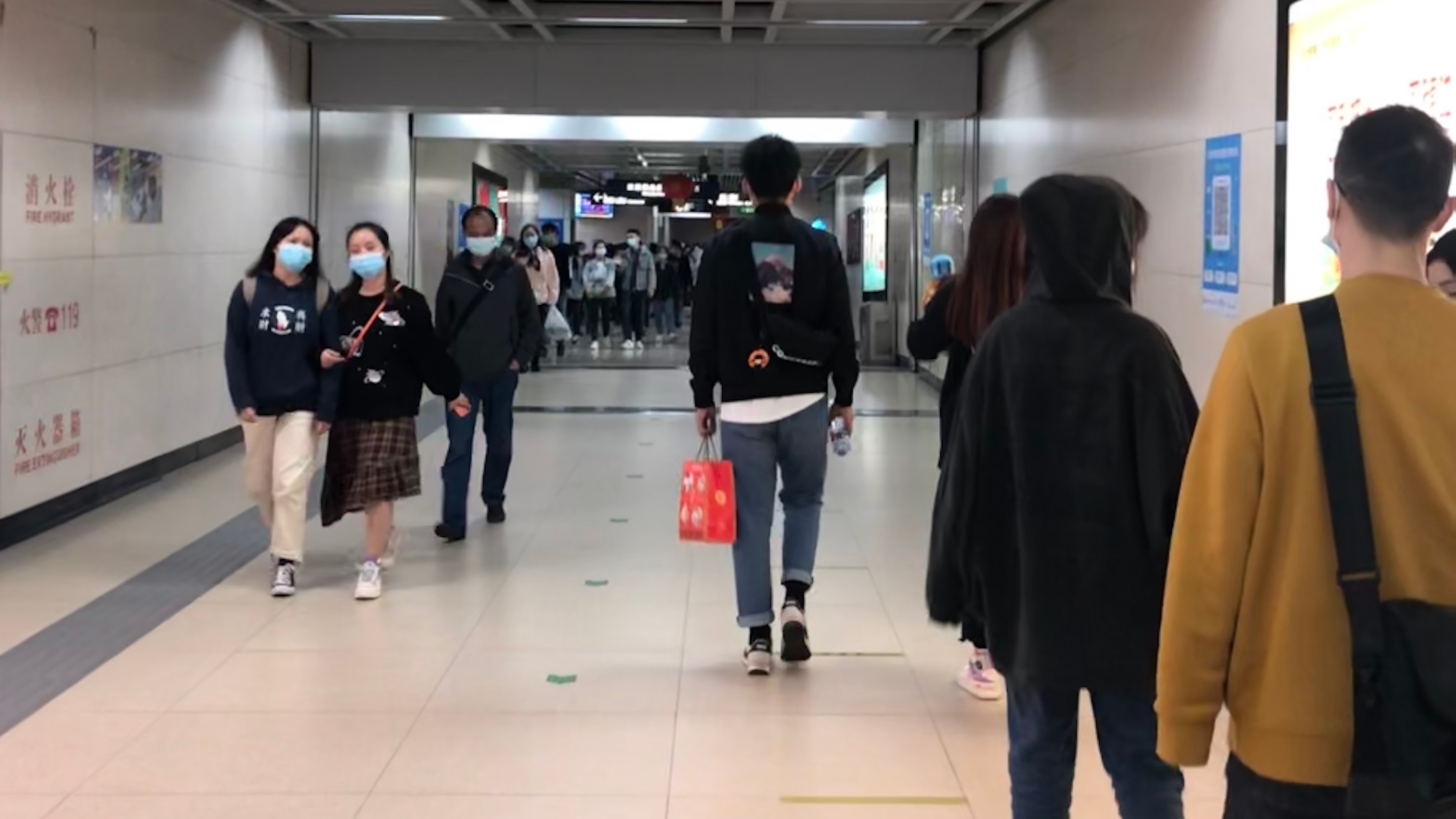 The recovery did not happen overnight. After the lockdown was lifted in April, most businesses remained shut and residents remained nervous about venturing outside. In late May, Wuhan carried out a massive operation of blanket testing nearly 10 million people for the coronavirus within two weeks, finally bringing back peace of mind and a level of normalcy rarely seen anywhere in the world now.

The sense of relief from having the virus under control is compounded by a consensus in China about how badly some other countries, particularly those in the West, have handled it. While people in Wuhan are out and about like they usually are during the holiday, the biggest news everyone was talking about in the past week was the U.S. president being hospitalized by COVID-19 and how that might affect the American election next month. Meanwhile, in the bustling commercial streets lined with foreign retailers, there was not a non-Chinese person in sight. 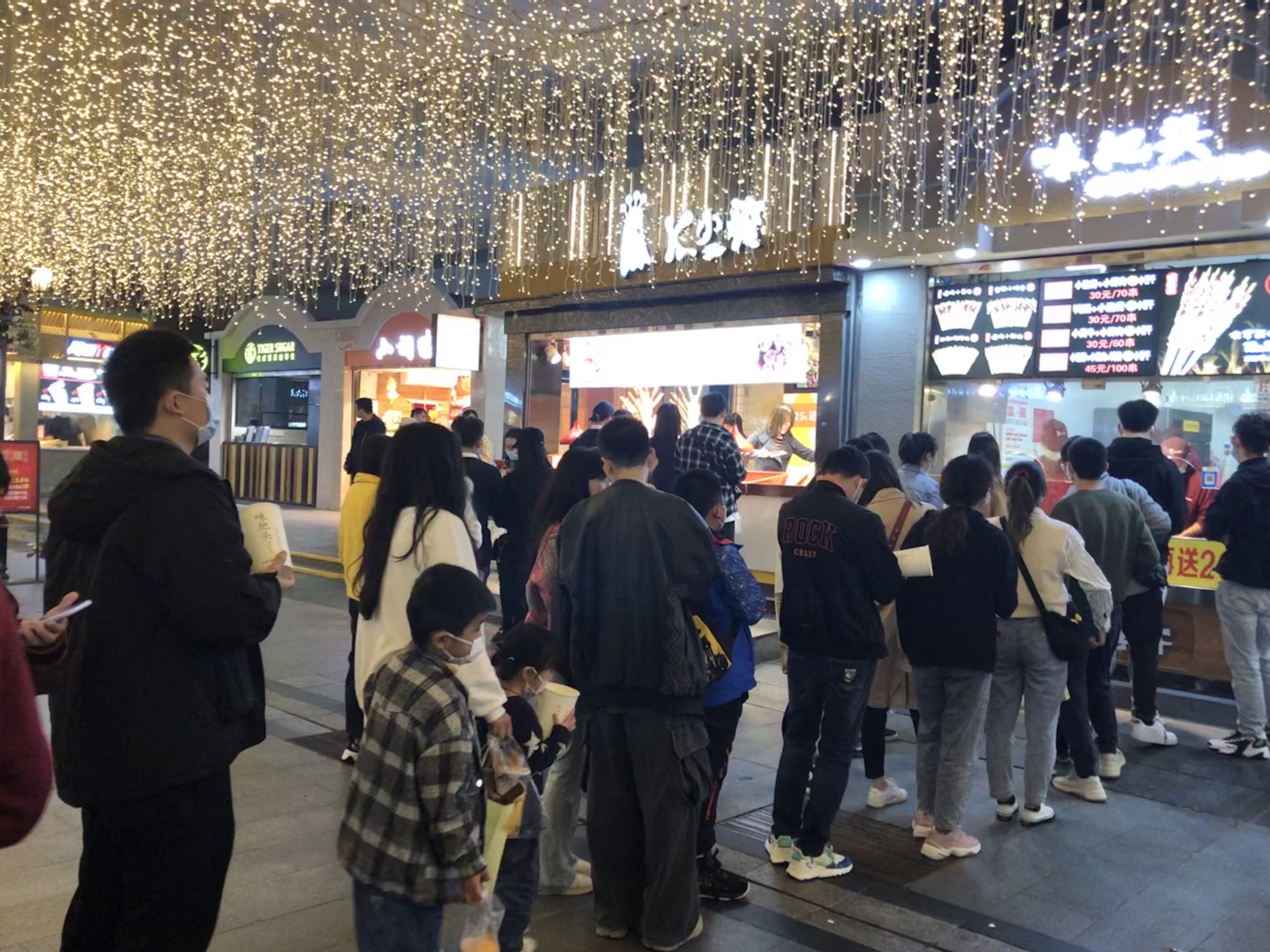 After brief exchanges with acquaintances and strangers, it soon occurred to me that many people are simply happy to have their old lives back – if not all of it – and with a renewed appreciation for small and "normal" things. A neighbor I ran into by the package collection shelves, set up during the lockdown, was praising the timely services of delivery workers, while being less concerned about going months without a visit to the hairdresser.

The first real feeling of change hit me when I learned that a local fish vendor which my family frequented for years had closed down for good. No one knew what happened to them or tried to find out about it, because too many shop keepers like this have vanished after the economy reopened. The only other explanation, as a resident from the area plainly put it, is that the owner is gone. I never knew them personally, but the thought of that made me sad.

In China, Wuhan has been called a "heroes' city" for enduring and overcoming the worst of the epidemic in the country. Almost every person here directly or indirectly knows somebody who has been affected by COVID-19 in some way. 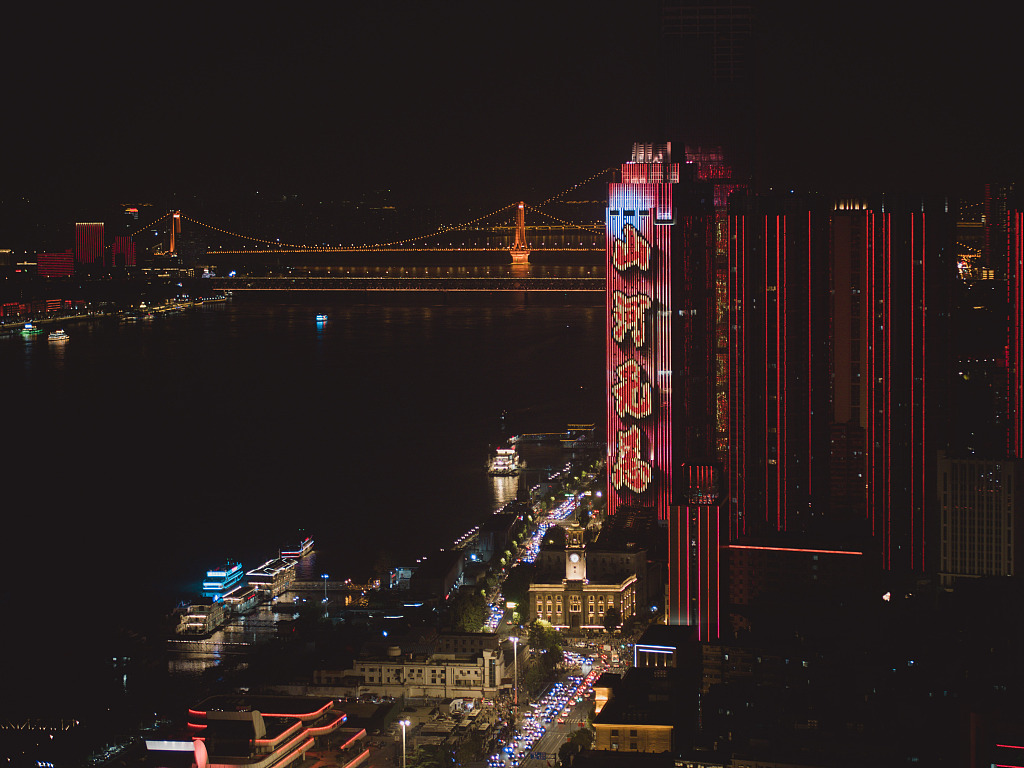 Despite everything, the city is moving on as a whole. While you still hear the occasional complaints about Wuhan being stigmatized abroad over the pandemic, for the average person there, who lived through this time without being adversely impacted, the awareness of other people's tragedies, along with the fact that life may be forever changed, only compels them to focus on the positive while helping each other heal.

Is life back to normal in Wuhan? Certainly. Is it the same as before? At least that's how it seems. But then again, looking deeper, nothing is quite the same.