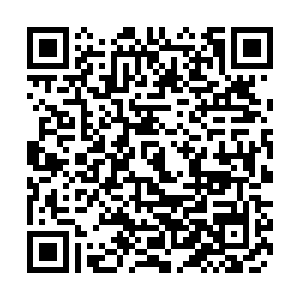 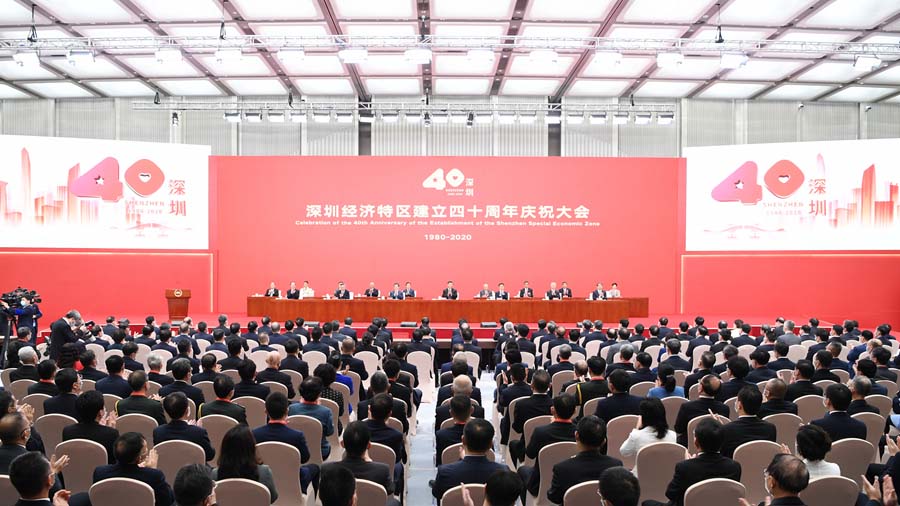 China on Wednesday vowed to unswervingly expand the all-around opening-up of its economy as it held a grand gathering marking the 40th anniversary of the establishment of the Shenzhen Special Economic Zone (SEZ) in this boomtown in southern Guangdong Province.

On August 26, 1980, China's national legislature approved the establishment of special economic zones in Shenzhen, Zhuhai and Shantou in Guangdong Province and Xiamen in Fujian Province. Over the past four decades, Shenzhen has been transformed from a small fishing village into a modern metropolis with a permanent population of over 13 million. 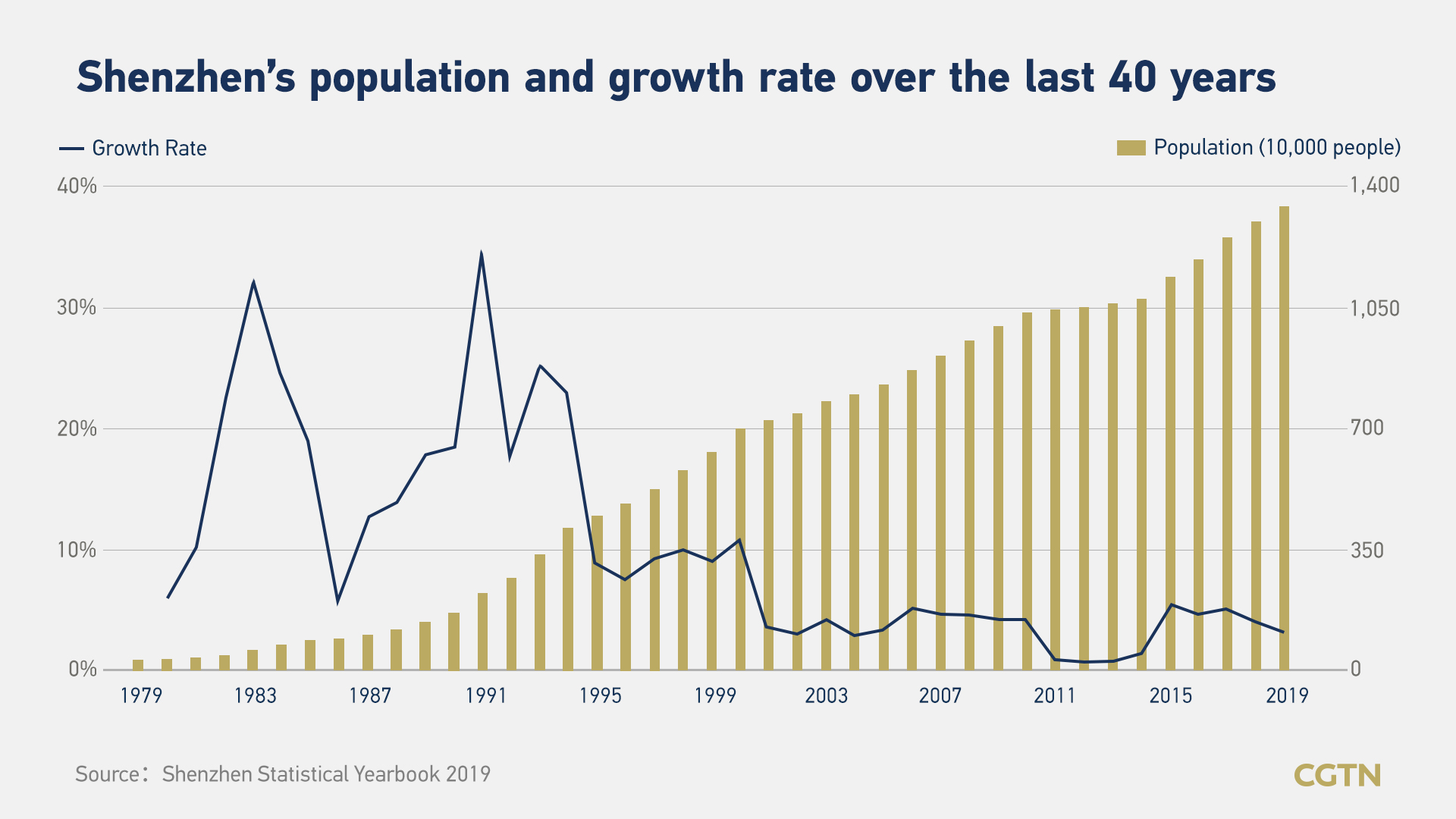 "The world economy is currently facing complicated challenges. By no means should we be stopped by the reversing trends and tides. We should choose the right side of the history to unswervingly expand opening-up in an all-round way, and promote the building of an open world economy and the building of a community with a shared future for mankind," Chinese President Xi Jinping told the gathering.

At a time when the global economic recovery has been complicated by the COVID-19 pandemic and anti-globalization sentiment, China in May this year brought to the table a new development pattern. Known as "dual circulation," it takes the domestic market as the mainstay while letting domestic and foreign markets boost each other.

"The new development pattern is not a closed domestic circulation, but an open domestic and international dual circulation," Xi, also general secretary of the Communist Party of China Central Committee and chairman of the Central Military Commission, stressed in the speech.

He pointed out the need to explore a more flexible policy system and a more scientific management system in domestic and international trade, investment and financing, fiscal and tax affairs, financial innovation and border entry and exit.

Shenzhen, a miracle in world development

Shenzhen is a brand-new city created by the CPC and the Chinese people since the country's reform and opening-up and its development over the past 40 years is a miracle in the world development history, Xi said.

Shenzhen at 40: A snapshot of landmarks over the years

One small step for Shenzhen, one giant leap for China 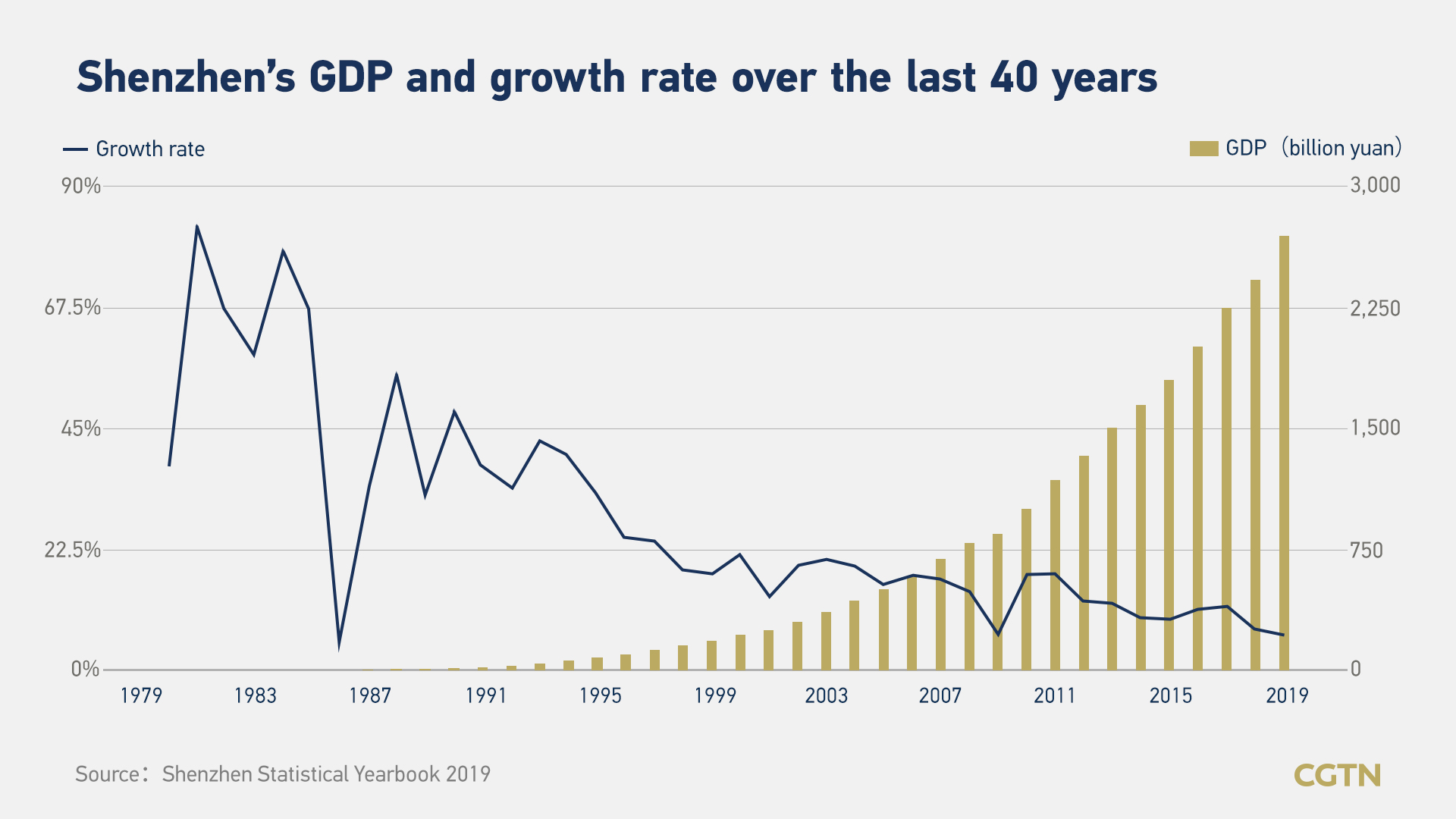 Its total imports and exports climbed from $18 million in 1980 to $431.5 billion in 2019, an average annual growth rate of 26.1 percent, contributing to an all-around opening up, Xi summarized.

People's livelihoods have also greatly improved in Shenzhen, with tremendous advancements in education, medical care, housing and other areas. Its per capita disposable income skyrocketed to 62,500 yuan ($9,272) in 2019, a 31.6-fold growth compared to that of 1985.

Xi stressed the valuable experience from the development miracles of the special economic zones (SEZs) including Shenzhen.

Below is some of the advice offered by the president:

-- adhere to the concept that development is of paramount importance, insist on the practices of daring to try and daring to be the first, and pursue reform breakthroughs through creative thoughts.

-- remain committed to opening-up on all fronts and continuously enhance the attractiveness of "bringing in" and the competitiveness of "going out."

-- take innovation as the primary driving force and win the upper hand in global technological revolution and industrial transformation.

-- ensure scientific legislation, strict law enforcement, judicial impartiality and universal law-abiding to make rule of law an important guarantee for the development of the SEZs.

-- carry out the philosophy of "lucid waters and lush mountains are invaluable assets" to achieve sustained development of economy and society as well as ecology and environment in a comprehensive and coordinated way.

-- implement the fundamental principle of "One Country, Two Systems" in a comprehensive and accurate way, and promote the integrated development of the mainland and Hong Kong and Macao.

-- give full play to the leading and exemplary role of the SEZs while making overall plans for the country, so that they can contribute more to national development.

Hailing Shenzhen as an "engine" for the Guangdong-Hong Kong-Macao Greater Bay Area (GBA)'s development, Xi asked Shenzhen to take active moves to further promote the construction of the area and called for efforts to synergize economic rules and mechanisms in the three regions.

The GBA Initiative was first mentioned in China's 13th Five-Year Plan (2016-2020) and aims to combine the three regions in order to turn it into one of the world's top bay areas and world-class city clusters. 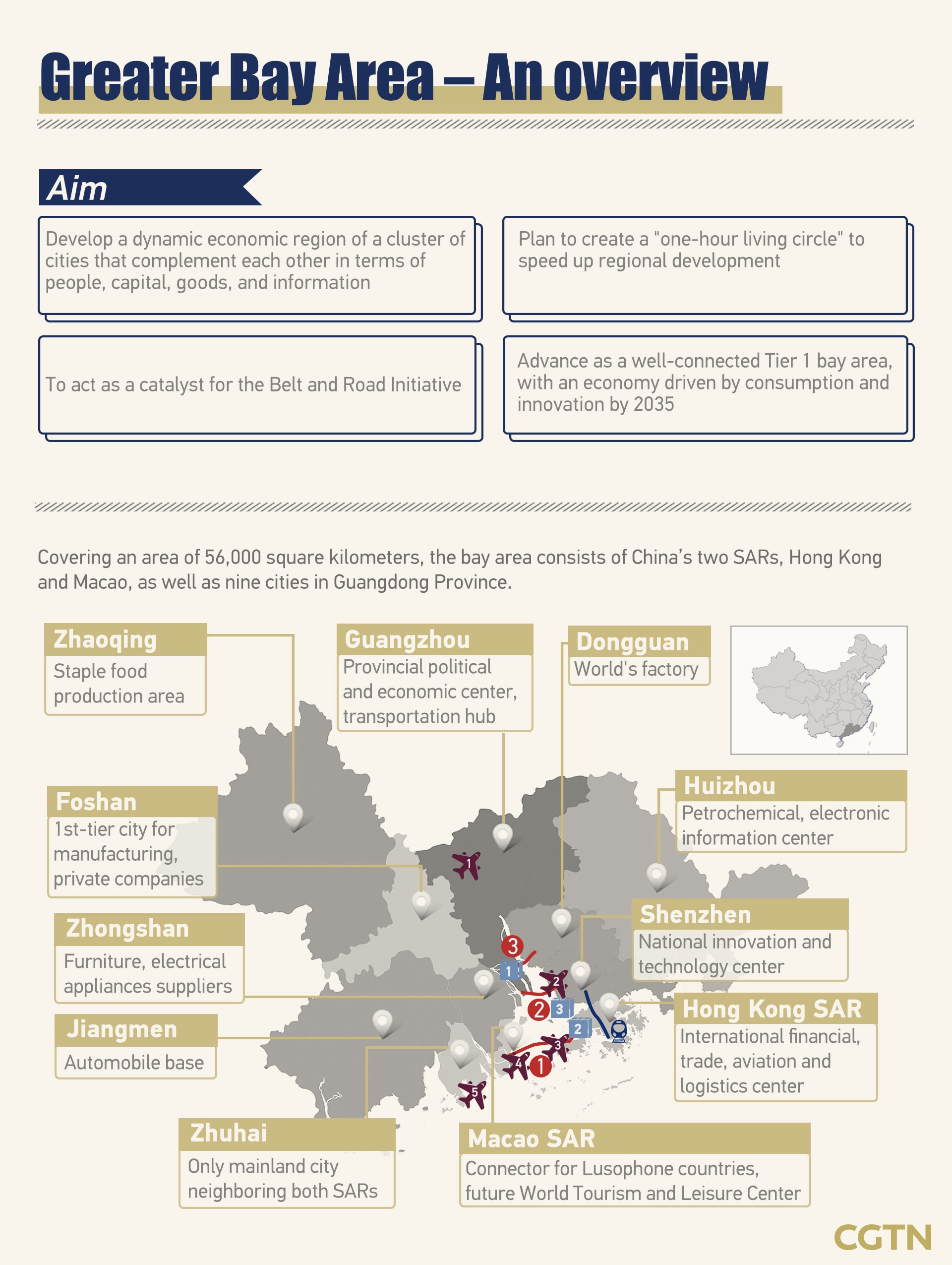 The country will deepen the reform and opening-up of the Qianhai-Shenzhen-Hong Kong pilot cooperation zone and speed up the construction of a comprehensive national science center in the GBA to enhance coordination and cooperation with Hong Kong and Macao.

The GBA's platform should be fully utilized to attract more young talents from Hong Kong and Macao to come to the region to study, work and build a life, providing them with a deeper and wider level of communication and understanding of each other, the president continued.

He said foreign participation has been indispensable in building the economic zones over the past 40 years, assisting in the creation of vast development opportunities and offering development benefits for foreign countries.

Shenzhen, the best example for the need of further opening-up: experts

Continuous reform and wider opening-up were key terms in President Xi's speech at the grand gathering, or as some experts pointed out, the southern Chinese city is the best example that shows the need for further opening-up.

"As China's first special economic zone and through the launch of a market-driven scheme that supported the attraction of a large number of foreign investments, the city has become instrumental in making China a prominent player in today's global economy," commented Matteo Giovannini, a Beijing-based finance professional.

The city is home to various leading Chinese tech companies, including telecoms giant Huawei and technology conglomerate Tencent, two of the major companies that the U.S. has been putting pressure on in the most recently souring China-U.S. ties. Some say President Xi's trip "soothes their nerves."

"Xi's visit to Shenzhen and the unveiling of the plan are aimed to encourage the development of the tech industry," Chief Economist for Hang Seng Bank Dan Wang told South China Morning Post.

According to Giovannini, the trip also shines a light at China's continuous determination to open its arms to the international community.

"(His trip) represents an opportunity to emphasize China's uninterrupted commitment to further domestic integration and market opening-up to the rest of the world," he said.