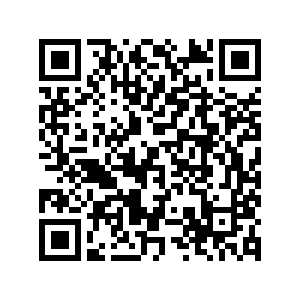 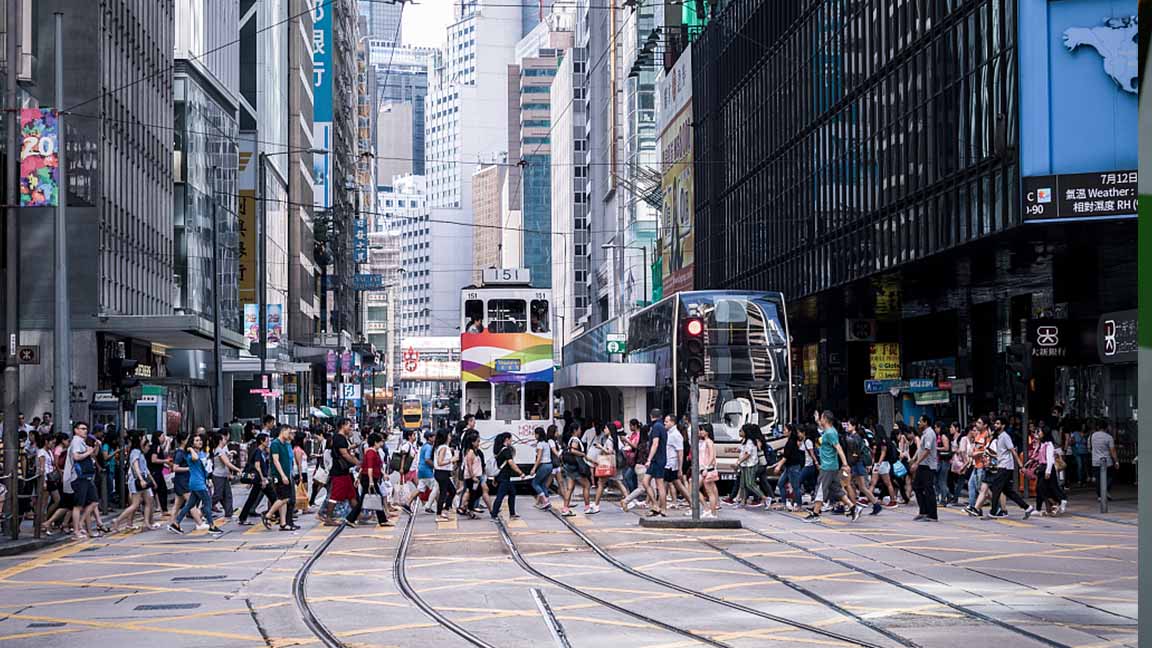 China's consumer price index (CPI), a key gauge of retail inflation, rose by 1.7 percent from a year earlier in September, contracting by 0.7 percentage points from August, due to moderating prices of vegetables and pork, the National Bureau of Statistics (NBS) said on Thursday. 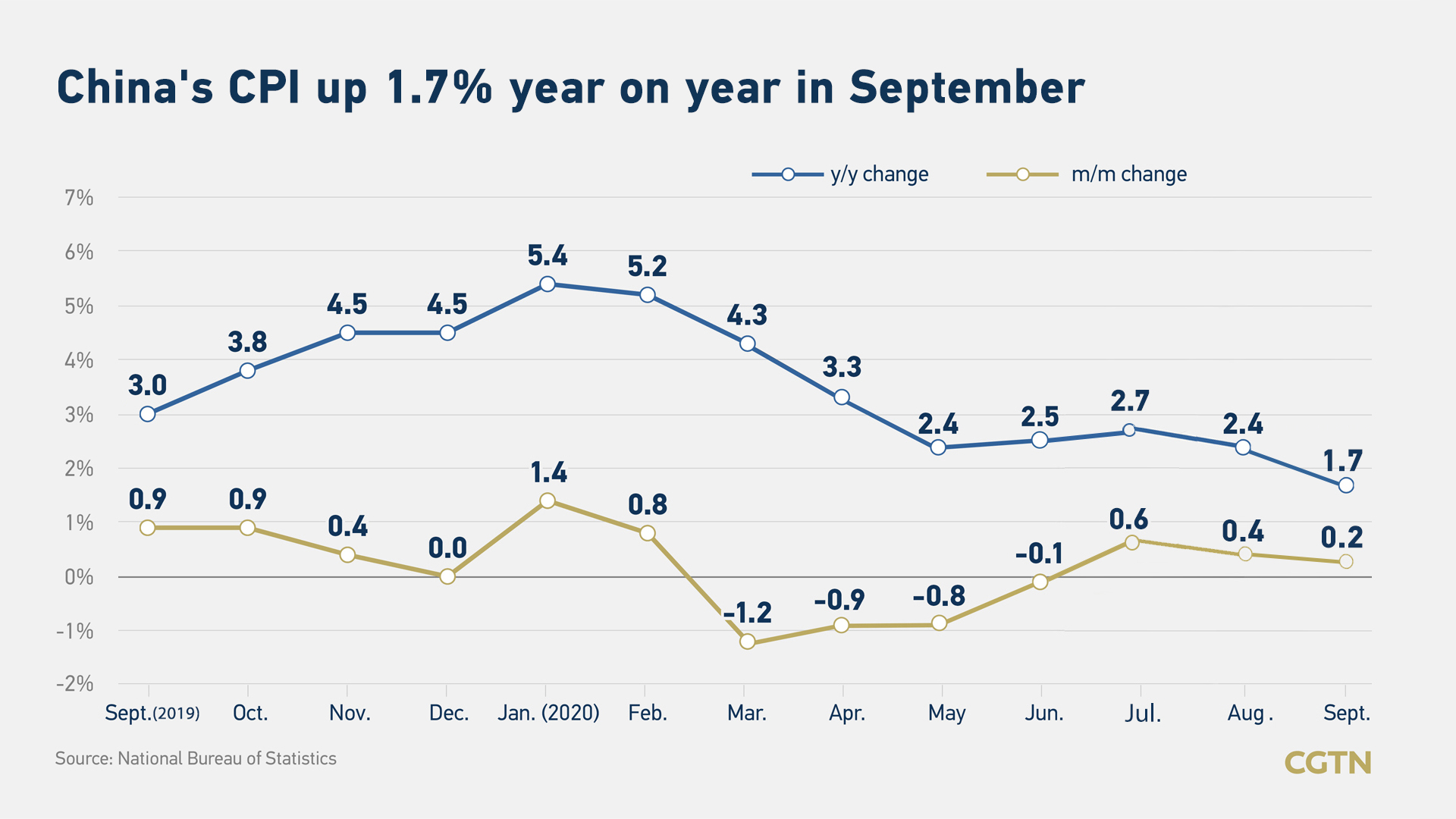 The country's producer price index (PPI), which measures costs for goods at factory gate, edged down to 2.1 percent in annual terms for the eight straight month in September, according to NBS. The decline slightly widened from a 2-percent dip in August. 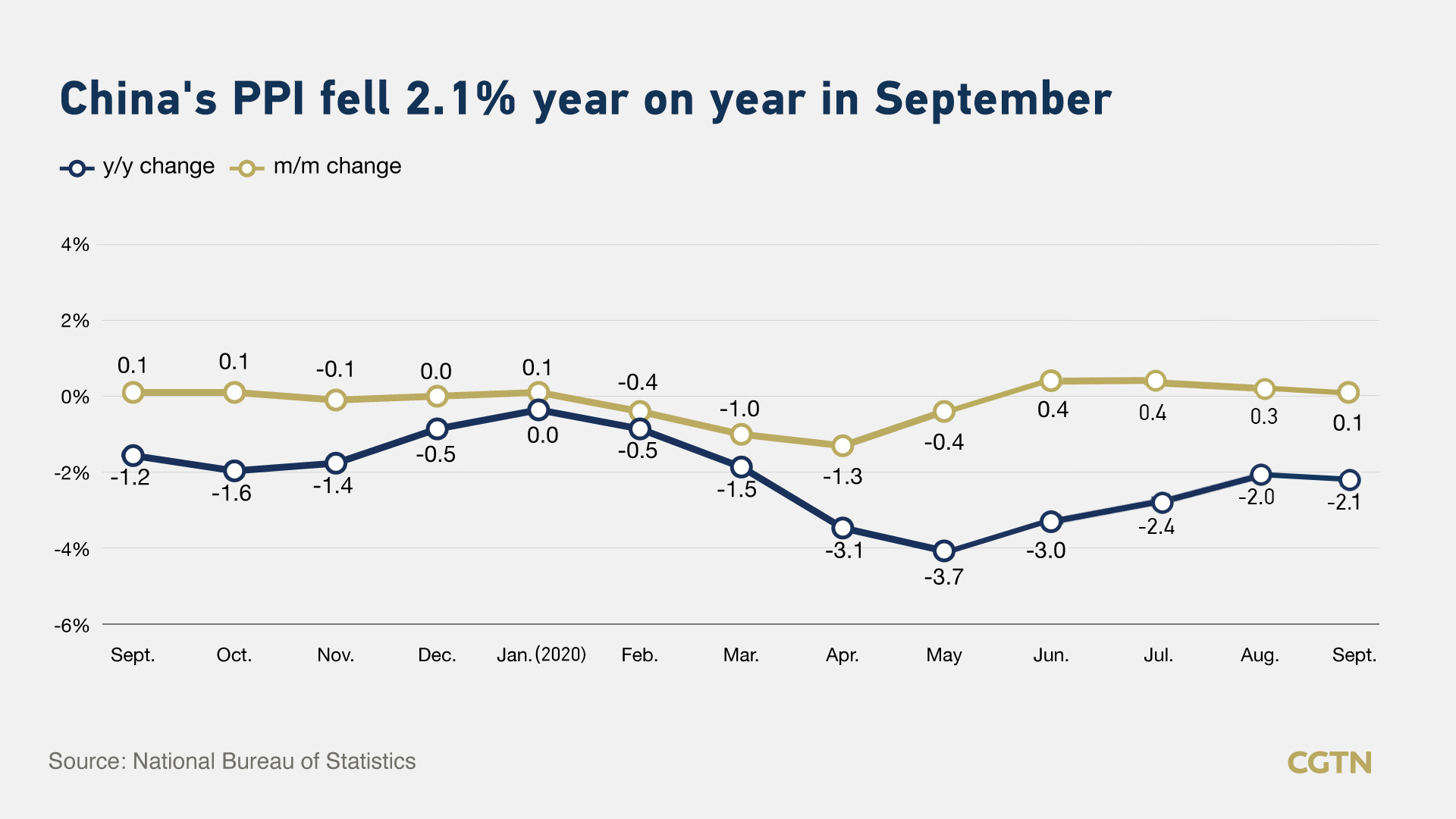 The consumer inflation came in slightly below market expectations, compared with a 1.8-percent forecast by Reuters and Nomura. The PPI inflation was more than the 1.8-percent contraction tipped by a Reuters poll and 1.9-percent fall by Nomura.

"The fall in CPI was mainly led by plunging pork price inflation, a high base and an increase in pork's weighting in the CPI basket, while the moderation in PPI reflects continued weakness in prices of oil and other commodities," Nomura's Chief China Economist Lu Ting said in an email to CGTN.

The core CPI – which excludes more-volatile food and energy prices and may better reflect long-term inflation trends – remained unchanged from August at 0.5 percent year on year in September, and Lu said this is thanks to the ongoing recovery in domestic demand.

"Factory gate prices continued to contract, due to cheaper raw materials," Wang Dan, chief economist with Hang Seng Bank China told CGTN. "The pressure of deflation is rising as the non-food inflation has fallen to zero in September," she added.

The labor market showed signs of weakness, reflected by lower rental prices, according to Wang. Migration flow are mostly halted nationwide, despite the occasional spikes during major holidays, Wang said.

Dong Lijuan, a senior statistician with the NBS, said the market supply and demand was generally stable in September, as local governments have actively implemented stability on the six fronts and security in the six areas, and epidemic control has been normalized.

Pork prices grew 25.5 percent year on year in September, slowing from a 52.6-percent increase in the previous month. Pork price inflation eased as hog production recovered and the government increased sales of frozen pork from national reserves, according to Dong.

Derek Deng, Partner at Bain & Company, told CGTN that a strong rebound in consumption during the just-concluded eight-day holiday is 'definitely a positive trend' and 'a good indication of demand recovery.'

"I think it sort of gives us confidence in our recovery. But again, we need to see longer period data to see whether the recovery will be sustainable," Deng said, adding "I think the next few months will be critical, with Double 11 shopping spree, New Year, and Chinese New year, I think the data will tell us if that recovery is sustainable."

China's economy returned to growth at 3.2 percent in the second quarter of this year, and recent indicators have pointed to a sustained recovery, as COVID-19 comes under control and policymakers announced stimulus packages.

The country continues to be the only economy in the world to show positive growth in 2020 as its GDP is predicted to expand 1.9 percent this year, according to the latest economic outlook released by the IMF on Tuesday.

China to be the only economy with positive growth in 2020, says IMF report

Lu expected the CPI inflation to fall to around 1.3 percent year on year in October and then to close to zero at year end, due mainly to the higher base from surging pork prices last year.

He said PPI inflation could stay around negative 2.0 percent year on year through the rest of this year given still-weak energy and commodity prices after some initial recovery.

Wang has different outlook, "We expect producer prices to pick up as urbanization related construction starts and fiscal stimulus kicks in, which will drive up demand for factor inputs."

Monetary policy is likely to marginally relax in the coming months to counter the deflation pressure as well as the yuan appreciation, according to Wang. Inflation for 2020 will nonetheless sit comfortably below the official target of 3.5 percent, Wang predicted.