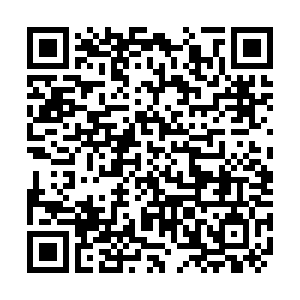 Kyrgyz President Sooronbai Jeenbekov resigned on Thursday, saying he wanted to prevent clashes between security forces and protesters who have demanded his removal from office, the country's Kabar News Agency reported.

"I do not want to go down in the history of Kyrgyzstan as a president who allowed bloodshed and shooting on its people. I have taken the decision to resign," said Jeenbekov in the statement released by his office.

Jeenbekov also urged Sadyr Zhaparov, the newly appointed prime minister and other politicians to withdraw their supporters from the protests, "returning peaceful life to the residents of Bishkek."

On Wednesday, Jeenbekov accepted parliament's choice of Zhaparov to be the country's prime minister.

"The current situation is close to a two-sided conflict. On the one hand, the protesters, on the other, the law enforcement agencies," Jeenbekov said.

"Military personnel and law enforcement agencies are obliged to use weapons to protect the residence of head of state. In this case, blood will be shed. It is inevitable. I urge both sides not to succumb to provocations."

Kyrgyzstan has been in turmoil since the October 4 vote, which the opposition rejected after Jeenbekov's allies were declared the winners.

Meanwhile, the United Nations has urged the Kyrgyz to uphold the rule of law and continue to exercise restraint while the political situation in the Central Asian country remains unclear.

"We remain concerned about developments in the Kyrgyz Republic, where no clear political agreement has been reached since protests erupted last week in the aftermath of the Oct. 4 parliamentary elections," said a press release sent to journalists by the UN spokesman's office on Wednesday, urging all Kyrgyz to uphold the rule of law, continue to exercise restraint and refrain from violence.

According to the press release, the Special Representative of the Secretary-General for Central Asia, Natalia Gherman, is due to arrive in Bishkek, the capital and largest city of Kyrgyzstan, on Thursday evening "to engage with relevant actors."