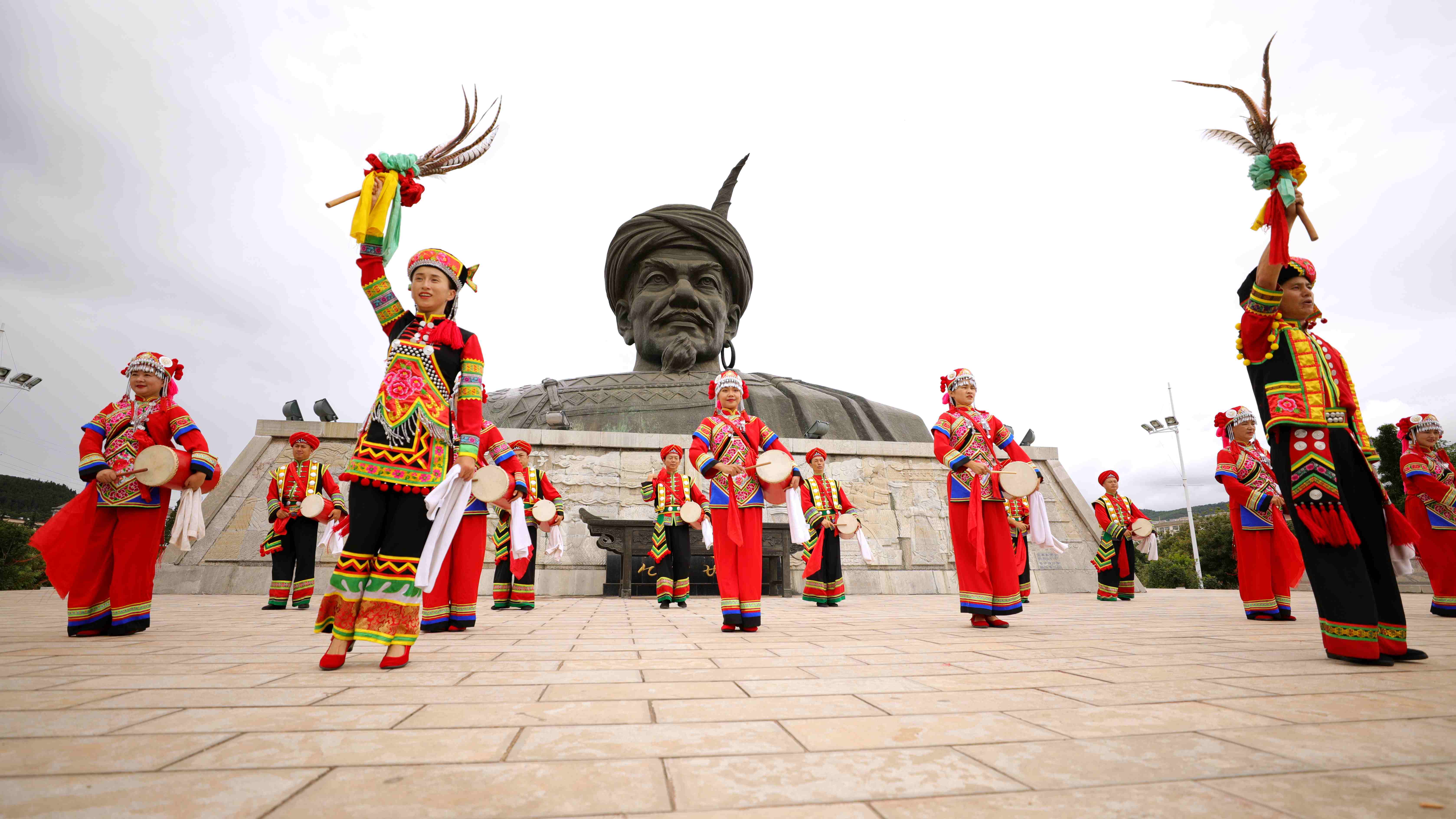 There is a popular saying among people of the ethnic Yi minority group, "The sound of flower-drums in every village shakes the mountain. Once you don't dance anyday, your feet will miss it."

Flower-drum dance is a traditional folk performing art that integrates music and dance. Eshan Yi Autonomous County in southwest China's Yunnan Province is believed to be the hometown of this dance.

It was first introduced to Eshan in 1898, late Qing Dynasty (1644-1911), and was popularized throughout the county during the first half of the 20th century. Nowadays, there are more than 1,000 flower-drum performing troupes in 537 villages across the county.

The dance was originally performed at funerals and sacrificial ceremonies, and later on at weddings, before and after building a new house and worshiping deities and ancestors. It is now also used as a guest-greeting performance.

(Cover is a screenshot from the video. Video filmed by Liu Yang and Liu Ming, edited by Liu Guihu.)