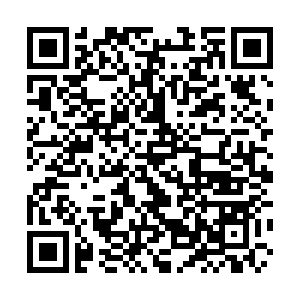 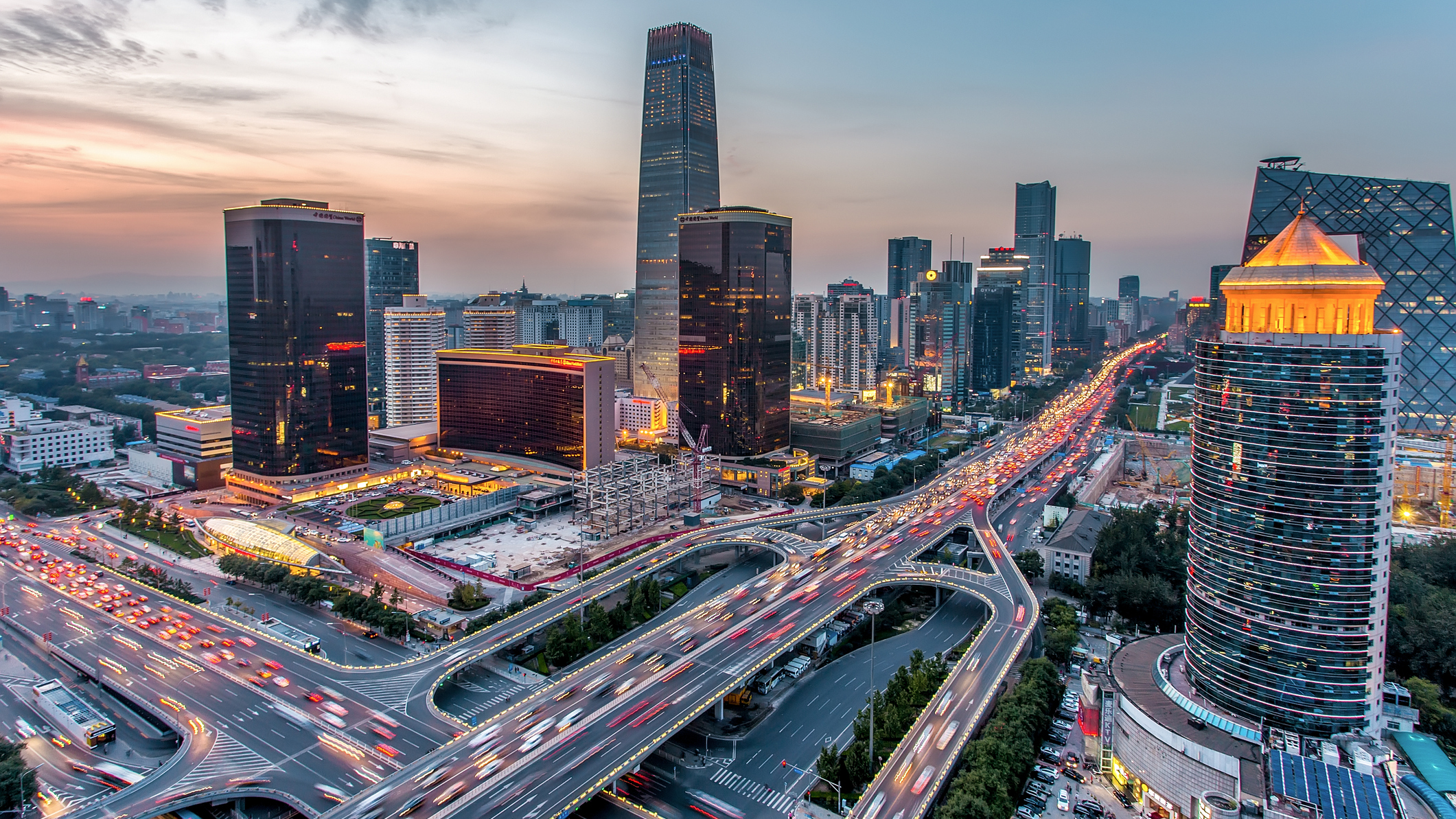 Although the weather is gradually turning cold now, the panic over COVID-19 in China is easing, with the solid and efficient actions taken by the Chinese government. The recent cluster of infections in Qingdao was terminated within weeks as the local government tested nearly 10 million people in five days.

With the termination of the COVID-19 threat in China, the economy is recovering and growing, as recent economic data has indicated. For the third quarter of 2020, China's economy grew by 4.9 percent compared with one year ago. Taking all three quarters together, the Chinese economy grew by 0.7 percent compared with 2019, a growth rate that is the fastest among the major economies in the world.

Generally speaking, there are three major drivers of the economy: international trade, consumption, as well as investment and industries.

For the first three quarters, the biggest contributor to GDP growth was clearly investment and industrial production. In the third quarter, China's value-added industrial output grew by 5.8 percent year on year – a pretty good number and much higher than the GDP growth rate. The service industry also grew by 4.3 percent in the third quarter. For the first three quarters, total fixed income investment in China reached 4.3 trillion yuan ($643.1 billion).

With a strong injection of investment, as well as the industrial growth it brings, China has been able to counter the negative impact of the pandemic.

The second largest contributor to GDP growth comes from international trade. International trade grew by 7.5 percent in the third quarter alone, much higher than the GDP growth rate. Taking all three quarters together, the total amount of China's trade, including both export and import, reached 2.3 trillion yuan ($344.0 billion), or 0.7 percent higher than 2019. 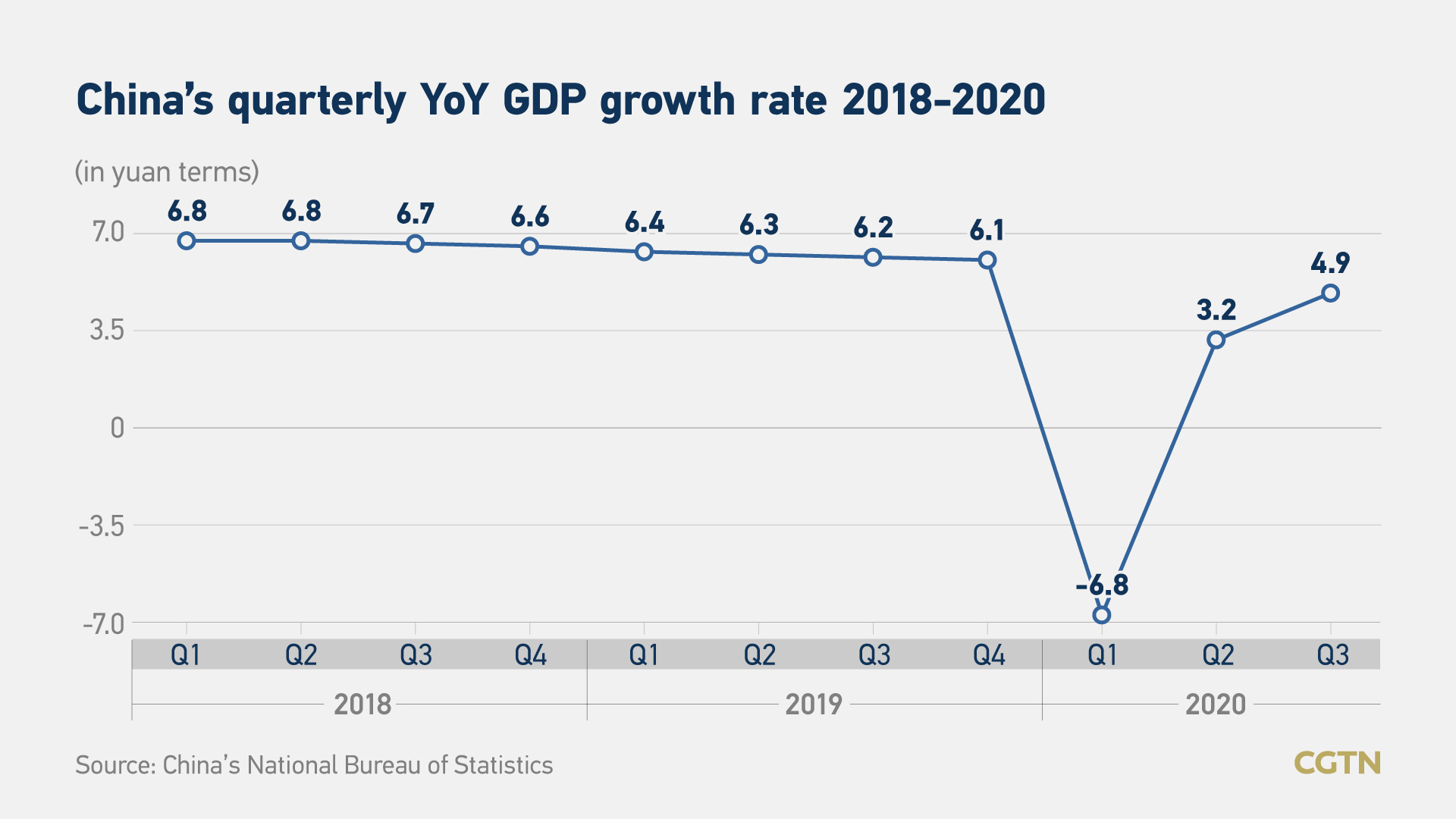 Trading growth has certainly provided drive to China's economy. For this data, we have to remember that it is achieved when the global economy is slowing down and trading protections are employed by some countries. This incredible growth of China's international trade also shows the competitiveness of China's products is still strong in the global market.

The sector that contributed the least to GDP growth is the consumption sector. Social consumption only increased by 0.7 percent in the third quarter, while total GDP grew by 4.9 percent. This is because COVID-19 has been hitting consumption sectors particularly hard, such as films, restaurants, tourism, etc.

One of the reasons behind this fast-developing internet-based consumption is the development of new technologies in China. As China has realized that technology is the key to quality economic development, the country has been investing heavily in new technologies.

With the rising level of technology, as well as the rising market share of domestic technology, partly due to the blockade that the current U.S. government is conducting, the development of the Chinese economy is becoming increasingly promising.

With the gradual easing of COVID-19 measurements, China's consumption industry is about to rebound and will possibly make very large contribution to the economy in the coming months. As the consumption impulse of people has been suppressed in the past few quarters, once the consumption market returns to normal, a bounce-back of the consumption sector can be expected.

Generally speaking, China's economy has achieved remarkable results in 2020. The growth of the Chinese economy is enviable, as COVID-19 has been devastating to many economies worldwide.

With the containment of COVID-19 in China and in the rest of the world in the future, we can expect an even better economic situation in the coming quarters.