Beijing calls Sweden's ban on Huawei, ZTE unfair, says nothing to do with national security
CGTN 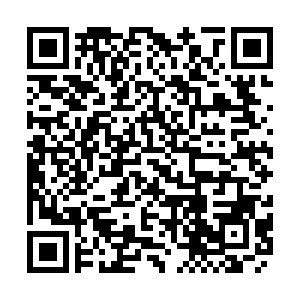 "Huawei Technologies and ZTE Corp. have been strictly abiding by local laws," said Chinese Foreign Ministry spokesperson Zhao Lijian on Wednesday. "With no single piece of evidence, they (Sweden) are just suppressing Chinese telecom companies under the excuse of [threatening] national security."

Stockholm announced the decision ahead of the spectrum auction scheduled for next month. According to the Swedish Post and Telecom Authority (PTS), the setting of the licence conditions followed assessments by the Swedish Armed Forces and security service, which has called China "one of the biggest threats against Sweden."

The Swedish authorities gave companies in the auction a deadline of January 1, 2025 to remove Huawei and ZTE equipment from their existing infrastructure.

"The ban leaves network operators with less options and risks slowing the roll out of 5G in markets where competition is reduced," said Ben Wood, chief of research at leading research mobile communication company CCS Insight, as quoted by Reuters.

Sweden company Ericsson could benefit from the ban

Sweden-based telecommunications giant Ericsson, Huawei's biggest rival in 5G technology, may likely be one of the beneficiaries.

British political and international relations analyst Tom Fowdy questioned the legitimacy of the move. Specifically, he pointed out that Swedish products have been widely valued and put in use in China, "one must question whether it is fair that Sweden is banning Huawei and ZTE. Is this the reciprocity on market access that Europe keeps asking for?"

"China is opening its markets, but as seen by the new entity list and export control laws, it is also equipping itself with tools to deal with countries that are not playing fairly," Fowdy wrote in a CGTN opinion piece.

On Tuesday, the Chinese Embassy in Stockholm also rejected accusations that Huawei and ZTE posed threats to Sweden's national security.

"We urge the Swedish government to abide by the market principles of open development and fair competition, and reconsider the relevant decision," the embassy wrote on its website.

"We are resolutely opposed to abusing the concept of 'national security' and … rejecting specific enterprises from specific countries," it added.