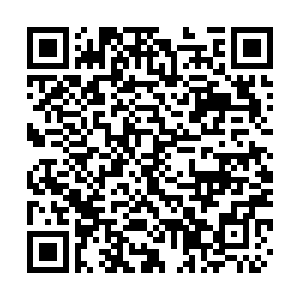 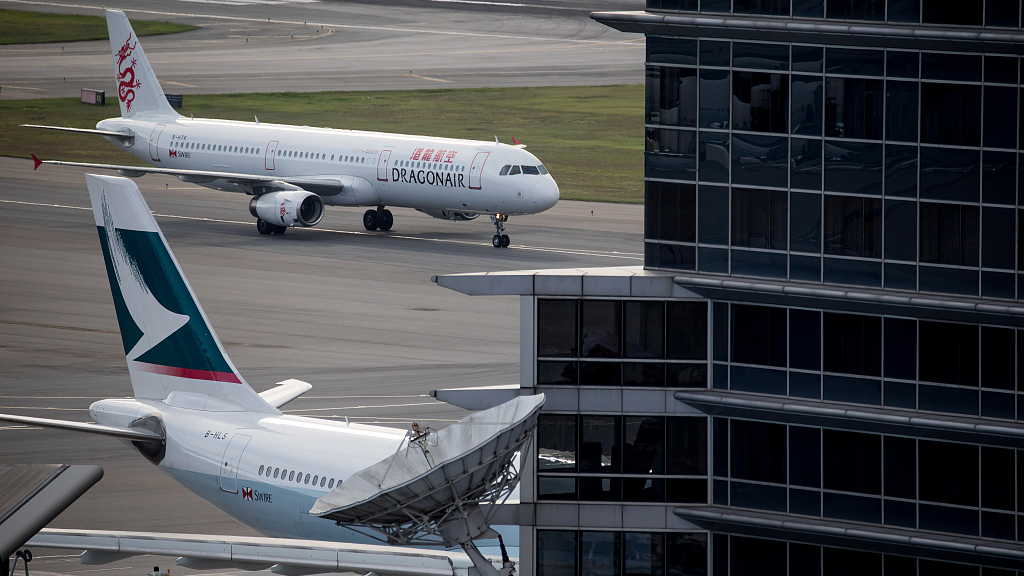 Cathay Pacific Airways Limited will close its wholly-owned subsidiary Cathay Dragon and eliminate approximately 8,500 positions across the Cathay Pacific Group, said the carrier in a stock exchange filing on Wednesday.

The Hong Kong flagship airline said it intends to seek regulatory approval for transferring the majority of Cathay Dragon's routes to the company and its other wholly-owned subsidiary, Hong Kong Express Airways Limited.

The estimated 8,500 positions to be eliminated account for around 24 percent of the Group's established headcount of 35,000. Among them, 5,300 Hong Kong-based employees and 600 overseas employees will "be made redundant in the coming weeks," said the filing.

Due to the COVID-19 impact, Cathay lost $1.27 billion in the first half of this year, and its capacity was down 65.7 percent compared to the same period in 2019, according to Cathay's latest interim report.

The restructuring will cost approximately HK$2.2 billion ($284 million), and a deferred tax asset of HK$1.3 billion will be impaired, said the company.

"The global pandemic continues to have a devastating impact on aviation, and the hard truth is we must fundamentally restructure the Group to survive," CEO Augustus Tang said in a statement.

"We have to do this to protect as many jobs as possible and meet our responsibilities to the Hong Kong aviation hub and our customers."

Cathay is based in China's Hong Kong Special Administrative Region (HKSAR), with frequent flights in and out of the Chinese mainland and also a large number of routes to Europe and the United States that pass through that airspace.

The airline's largest shareholder is Swire Pacific Ltd., with a 45 percent stake, followed by China's flagship carrier, Air China Ltd., which owns 30 percent, according to the airline.

As of noon break on Wednesday, Cathay's stock prices surged 4.02 percent to HK$5.95. The airline's shares have dropped 40 percent from the beginning of the year due to the bad performance. 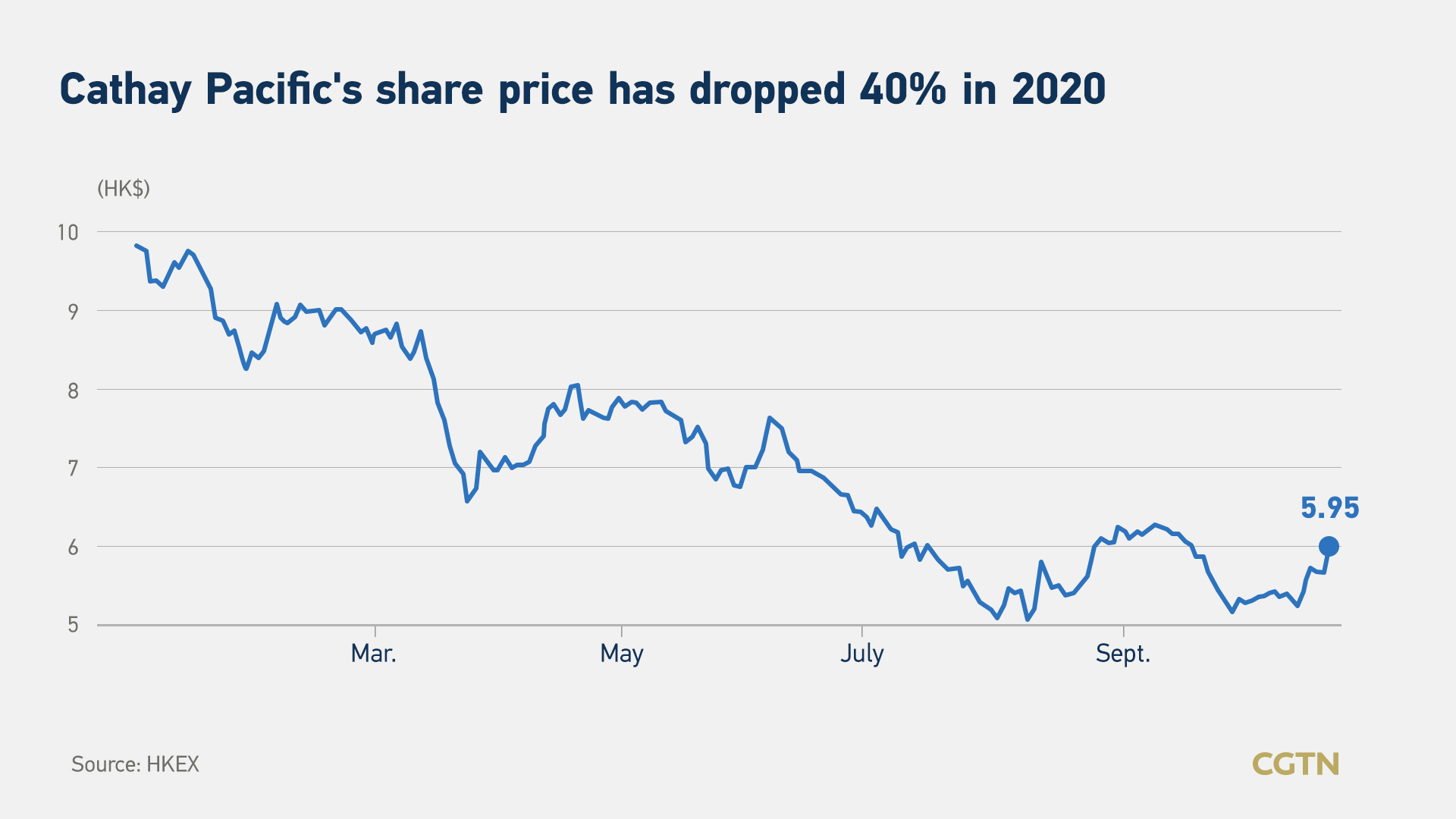 Airline revenues plunged 80 percent in the first six months of the year, according to industry body IATA, but they still had fixed costs to cover – crew, maintenance, fuel, airport levies and now aircraft storage.

Repeated efforts to reassure passengers that air travel is safe have failed to make much of a difference, and government restrictions, including quarantines of up to 14 days for returning passengers, have only added pressure. Dozens of major airlines have slashed jobs in response. Cathay has grounded most of its planes because of falling demand amid novel coronavirus-related travel curbs, flying only cargo and a skeleton passenger network to major destinations, such as Beijing, Los Angeles, Singapore, Sydney, Tokyo and Vancouver.

Even before the pandemic, Cathay Pacific was in a tight spot. Months of protests in Hong Kong last year led to a plunge in customers, especially from the mainland market.

The airline was also embroiled in controversies regarding protests, with former CEO Rupert Hogg and some staff openly supporting the riot.

By the time the pandemic hit at the start of 2020, Hong Kong was already in recession and Cathay Pacific in the red.

Cathay obtained a near HK$40 billion bailout package in August, with the HKSAR government contributing HK$27.3 billion to prevent its collapse.

Tang said the airline was currently burning through up to HK$2 billion in cash each month during the pandemic.

"This is simply unsustainable. The changes announced today will reduce our cash burn by about HK$500 million per month," he said.

There is scant hope on the horizon. In a note to investors on Monday that detailed its most optimistic scenario, Cathay Pacific said it expected to run at half its 2019 capacity next year.

The airline is set to give more details in a press conference on Wednesday at 1 p.m. local time.