Back to 38th parallel: A war never to forget
CGTN 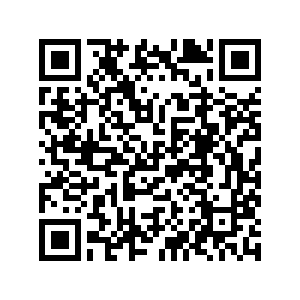 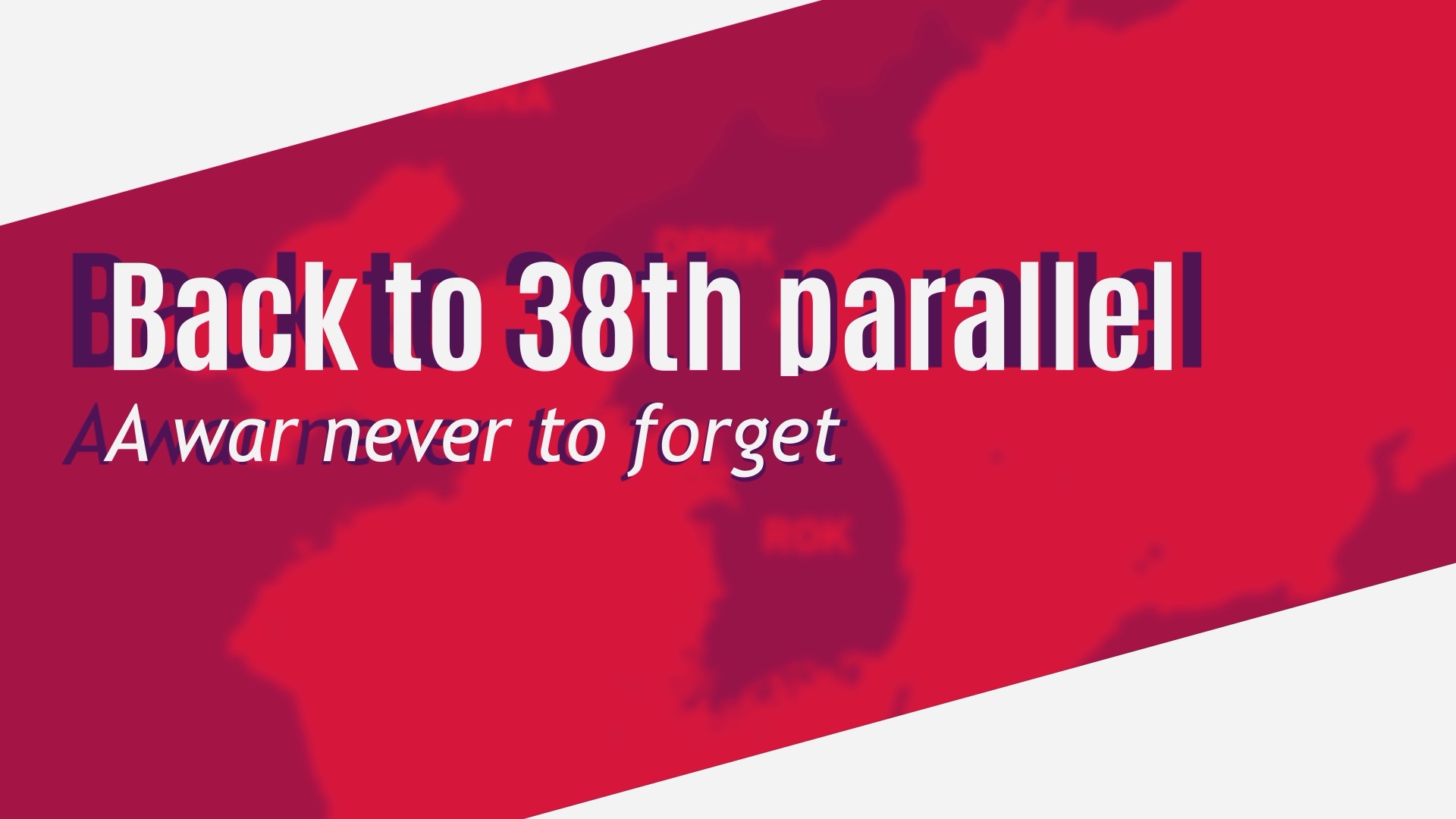 It started at the 38th parallel north.

Within two days, the U.S. government ordered troops to invade the DPRK and sent its Seventh Fleet into China's Taiwan Straits.

On July 7, the United States manipulated the United Nations (UN) Security Council to adopt a resolution on dispatching a UN force that it led to the Korean Peninsula.

The United States mobilized a third of its army, half of its navy and a fifth of its air force to join the war. Its peak troop strength topped 300,000.

On September 15, the U.S. forces conducted the Incheon Landing, forcing the DPRK forces to retreat. Meanwhile, U.S. military planes intruded into China's airspace, bombing airports and infrastructure along its border with the DPRK.

Do not step across the 38th parallel, China repeatedly cautioned. 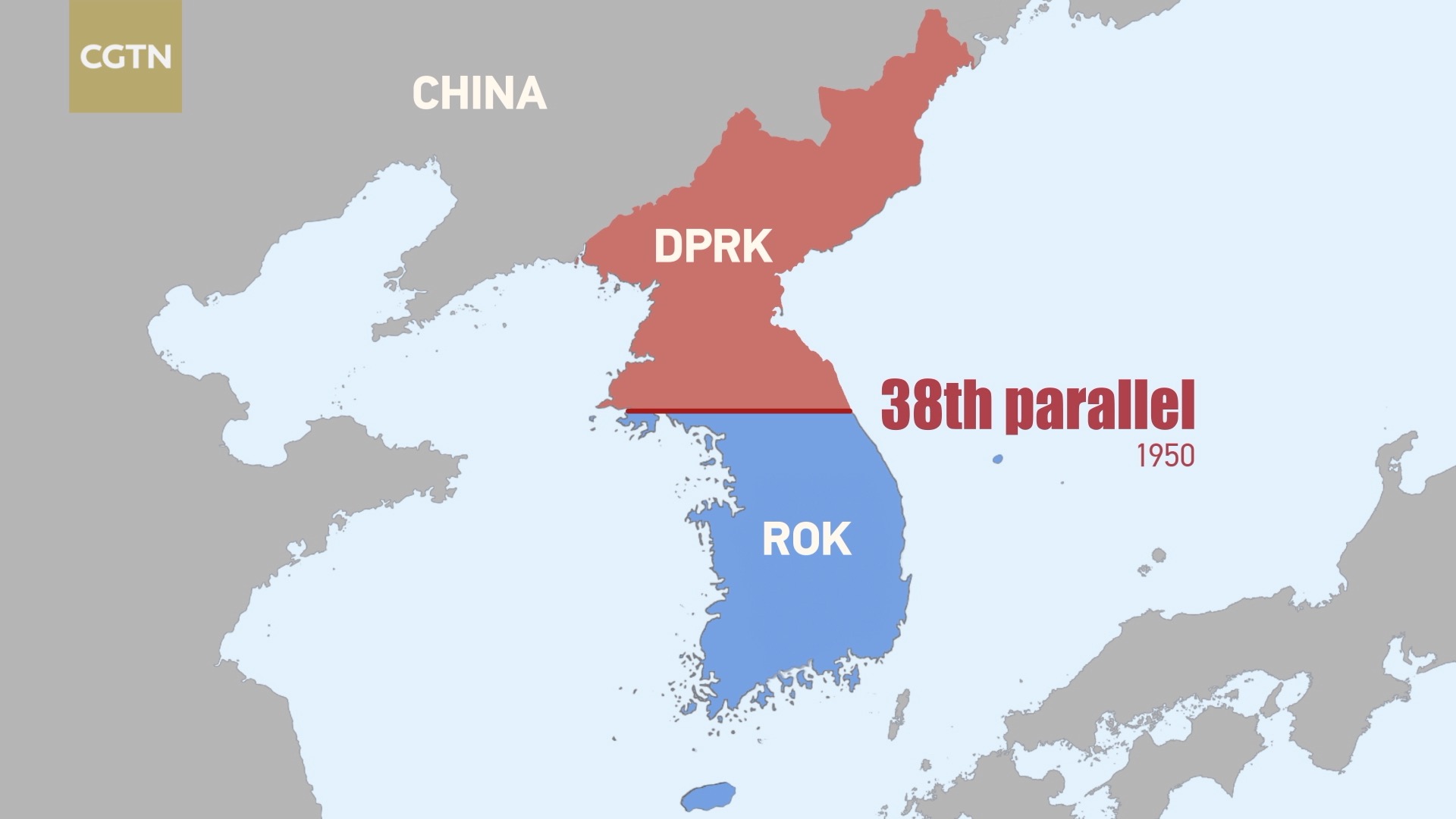 But the United States ignored the warning. Its army poured across the line on October 7 and pressed on towards the Sino-Korean border.

The next day, at a time when China's national security was threatened and upon receiving then DPRK leader Kim Il Sung's urgent request for aid, the Chinese People's Volunteers (CPV) was formed.

On October 19, the CPV crossed the Yalu River to fight together with the DPRK army.

During the war, the U.S. military used all the latest weapons (other than nuclear), while the CPV mainly relied on infantry and limited artillery.

The two sides were heavily mismatched in weapons, equipment, logistics and food supplies. But what happened next was beyond expectation.

On October 25, the CPV launched the first battle, driving back the enemy forces to the Chongchon River.

On November 7, the second battle started, ending with the U.S.-led army retreating to the south of the 38th parallel.

Up to June 1951, the CPV launched five major battles in seven months that inflicted heavy losses on the UN force led by the United States, and essentially fixed the front around the 38th parallel. 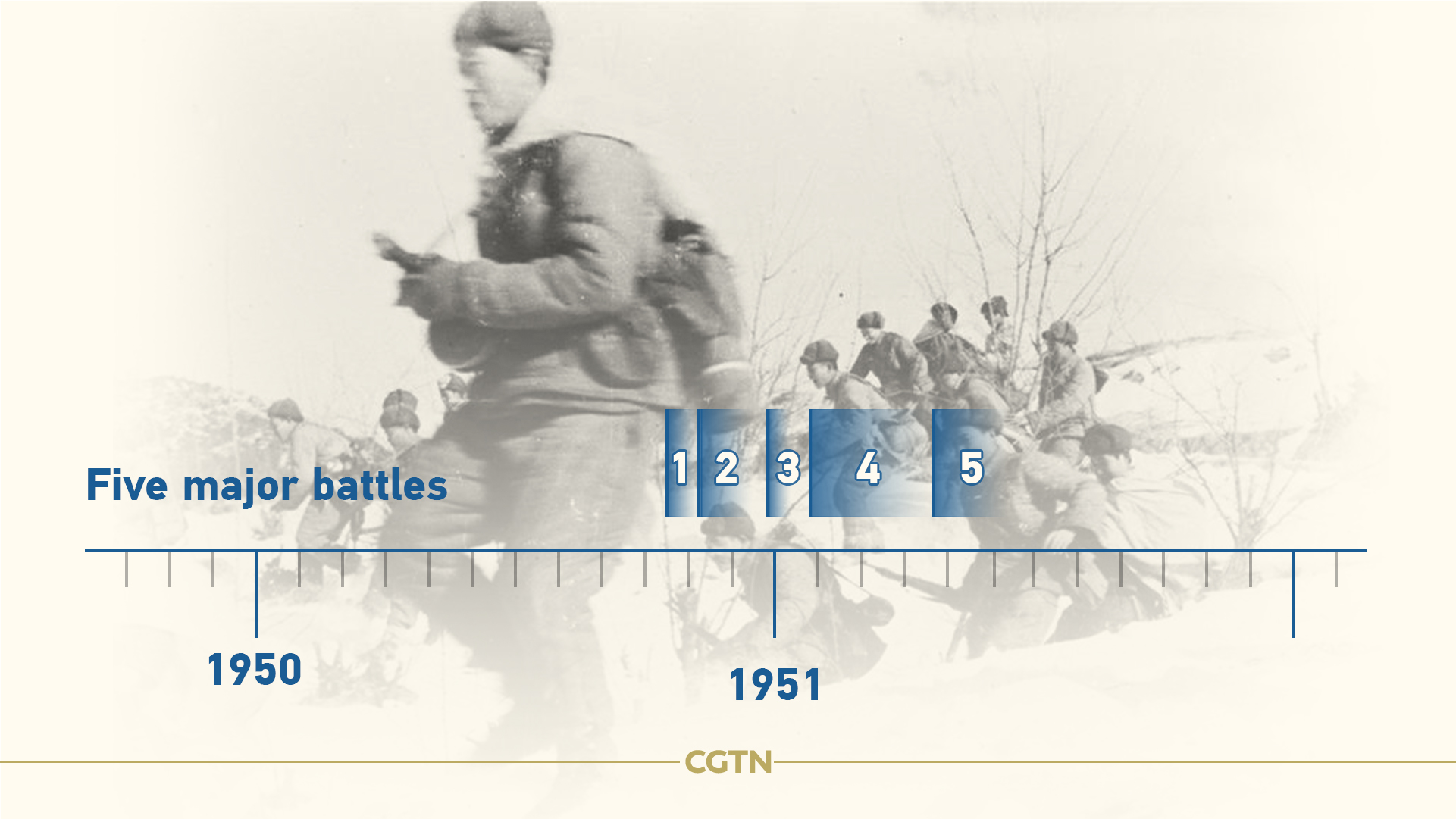 For the next two years, the Korean War continued as a stalemate – both negotiations and combat went on.

On October 14, 1952, the Battle of Triangle Hill began. It was a hill covering 3.7 square kilometers.

The United States had planned to seize the area with two battalions in five days at the expense of 200 casualties – but it ultimately cost 60,000 troops, 43 days and 25,000 casualties before the battle ended. 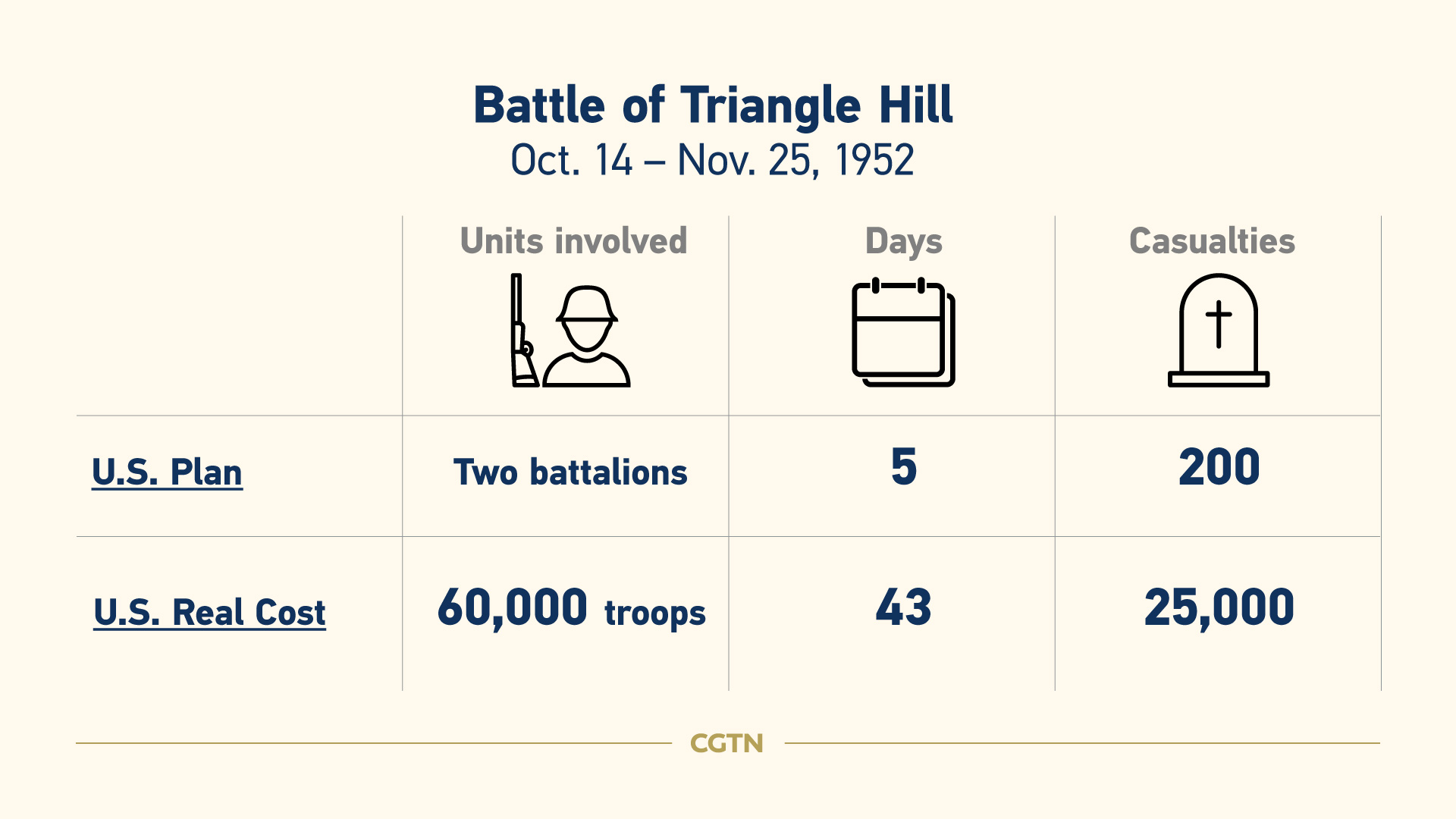 Over 11,000 CPV soldiers were wounded or killed in the battle.

On July 27, 1953, the Korean Armistice Agreement was signed in the village of Panmunjom, ending the 33-month War to Resist U.S. Aggression and Aid Korea.

According to China's official release, more than 1.093 million enemy combatants were killed, wounded or captured. In the United States, the Korean War has been called "the Forgotten War."

To protect their motherland, a total of 2.9 million CPV soldiers entered the battlefield and 197,653 sacrificed their lives, according to the latest data.

For China, history will never be forgotten, and the heroes will be remembered.