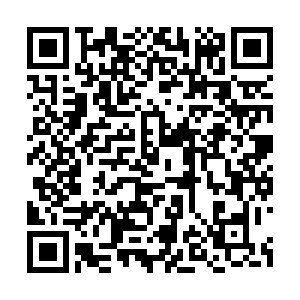 The announcement was made at a press briefing by the Ministry of Agriculture and Rural Affairs before the end of 2020, the last year of the country's 13th Five-Year Plan period.

Per capital disposable income of rural residents has grown at a faster rate than urban residents for 10 years in a row, said Vice Minister Liu Huanxin. The ministry has worked to enable people to eat better, by promoting green, mechanized and efficient agriculture, Liu added.

Science and technology contributed to the agricultural progress, with 70 percent of crop cultivation and harvesting activities achieving mechanization, according to Liu.

To mitigate the pandemic's influence on investment in agriculture and rural areas, Liu said his ministry has been working to expand fundraising channels.

Liu also revealed that the ministry is currently preparing for the 14th Five-Year Plan (2021-2025), and is actively planning a number of basic, long-term and strategic agricultural projects, focusing on high-standard farmland, storage and cold chain logistics facilities, digital agriculture, etc.

It is expected that the construction of warehousing and cold chain logistics facilities will make great progress during the next five years.

China's grain production remained steady in the last five years, ensuring food security for its citizens, the Ministry said at the press briefing.

Liu said that the country's annual grain output has stood at about 650 billion kilograms for six years, a steady increase from the previous five-year plan period, guaranteeing each citizen 470 kg of grain on a yearly basis.

According to Liu, the country is capable of producing more rice and wheat than is consumed by its people, as well as 95 percent of all the corn needed. Supplies for meat, fruits, vegetables and other agricultural products also remained stable.

Data released by Liu also show that the country currently has kept its permanent cropland at 1.55 billion mu of permanent cropland land (about 1.03 million square km), compared with the 1.546 billion mu target by the end of 2020 set in 2018 to reserve sufficient arable land for grain production.