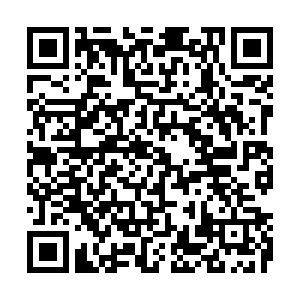 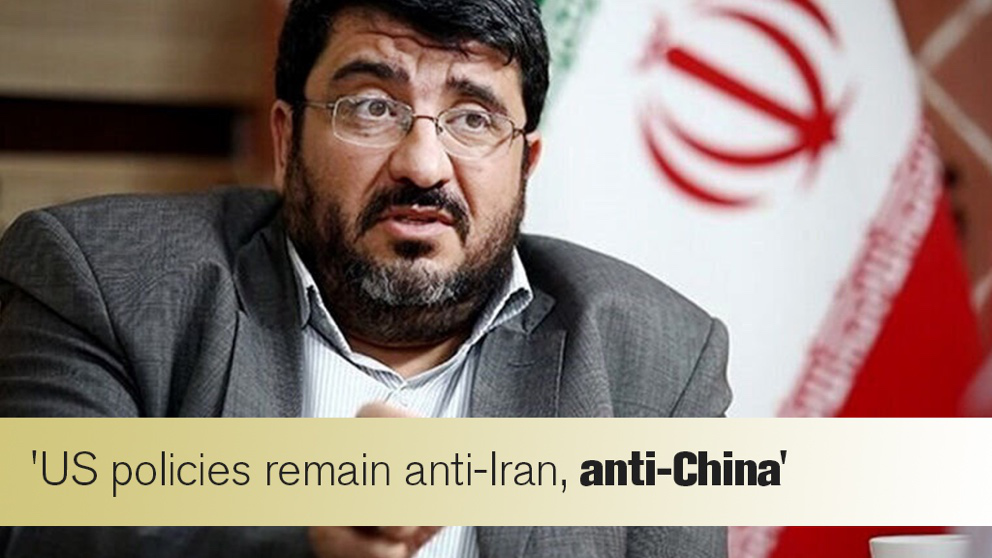 Iran has been at the receiving end of the U.S. foreign policies for decades, and if one is to go by the vicious bipartisan anti-China rhetoric displayed during the ongoing U.S. presidential election campaign, Beijing will confront challenges similar to the ones that Tehran has faced from a hostile administration in Washington, no matter who wins the election, according to an Iranian geopolitical expert.

"There is this anti-China attitude in both parties – Republican and Democratic. In the presidential debates, this idea of anti-China policy was very much evident. Both the presidential candidates are competing with each other to prove who is more anti-China," Foad Izadi, associate professor of American studies at the Faculty of World Studies, University of Tehran, told CGTN Digital in a video interview from Tehran.

The U.S. presidential election campaign this year has been singularly unique for its anti-China rhetoric with both, Republican President Donald Trump and his Democrat challenger Joe Biden, refraining from pulling their punches against Beijing.

But now that the campaign nears its end with the election just a week away, can we expect a cooling down of political attacks against China and will a Biden presidency be more lenient than Trump's? Will a Democrat win lead to some relief for Iran, which has faced constant U.S. threats, unilateral sanctions and provocative military action from the Trump administration?

Izadi, who has lived and studied in the U.S. for a number of years and holds a PhD in mass communication from Louisiana State University, responded in the negative for both the hypotheses and placed his arguments on the Iranian experience.

"The experience that Iran has had with Democratic presidents is not really that great. You may remember that the first major anti-Iran law in the U.S. was in 1996, when Bill Clinton (a Democrat) was the president. And then during the first Obama term, we had lots of sanctions coming from the United States," he recalled.

"So, whether you have a Democratic or a Republican president, the general attitude in U.S. foreign policy establishment is anti-Iran and now increasingly anti-China. I think China is going to experience a similar problem that Iran has been having for quite some time," he remarked.

While the Iranian geopolitical analyst hoped that a Democratic presidency might see the U.S. re-joining the multilateral Iran nuclear deal, formally known as the Joint Comprehensive Plan of Action (JCPOA), from which Trump unilaterally withdrew in 2018, he didn't appear hopeful of a thaw in bilateral ties.

"Fundamentally, the two parties differ in terms of tactics. They share similar goal of pressuring Iran, no matter what, but in terms of tactics, they differ. We had the Trump administration leaving the nuclear agreement, and the Democrats were opposed to doing this. So, they may go back to the nuclear agreement, but they do want new concessions out of Iran," he explained.

"The fact that these two political parties have been hostile towards Iran for many, many years, I don't think having a Biden presidency is going to resolve any problems with Iran… This issue of Iran-U.S. relations is not going to get resolved anytime soon," he added. 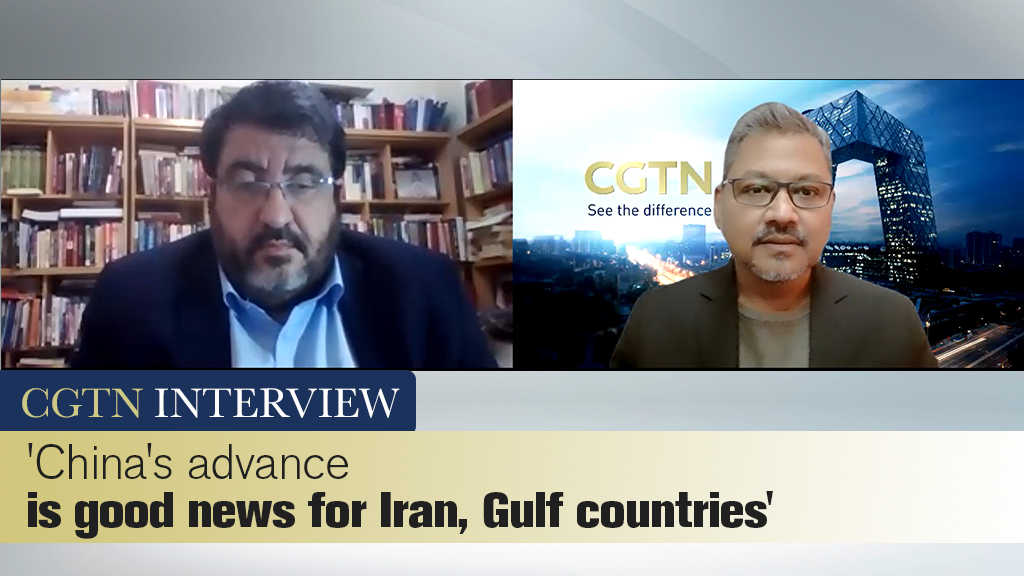 Watch CGTN Interview: Time for an 'Asian NATO' to prevent Western interference in the continent

Izadi, however, maintained that China is gradually replacing the U.S. as the major world power and that's good news for Iran, the Gulf region and most of Asia, and called for the formation of an "Asian NATO" led by Asian powers such as China, Russia and Iran to prevent Western interference in the continent's affairs.

"The fact that an Asian country (China) with a history of being peaceful and of being cooperative is actually advancing internationally is good news for other Asian countries, especially countries that have been on the receiving end of the U.S. foreign policy malpractices," he said.

He noted that the recent normalization of ties between Israel, Iran's arch-rival in the Middle East, and Tehran's neighbors across the Gulf, the United Arab Emirates (UAE) and Bahrain, is a sign of Washington's fading influence and an impediment to regional security.

"Gulf countries like the UAE and Bahrain have been dependent on outside powers, especially the U.S., for their [security] needs. Given the fact that the U.S. is becoming less of a power and losing its superpower status as time passes, they realize the fact that in times of difficulties, the U.S. may no longer come to their rescue. So, they are trying to find another outside power for help and think the Israelis may fill that gap, which is a very foolish idea," he said, snubbing Israel's growing closeness with the Gulf Arab countries.

"At the end of the day, Israelis are going to use these [Gulf Arab] countries for economic or military benefits. And having Israelis as your main protector is not going to end up well for these countries... So overall, I think countries like UAE or Bahrain or Saudi Arabia who are moving towards Israel are actually getting closer to the cliff. And given the fact that the rulers of these countries are not that confident in terms of realizing what's good for them, they may actually jump off the cliff," he remarked.

In this context, a regional multilateral dialogue platform as envisioned by Chinese Foreign Minister Wang Yi will go a long way in avoiding conflicts, Izadi felt.