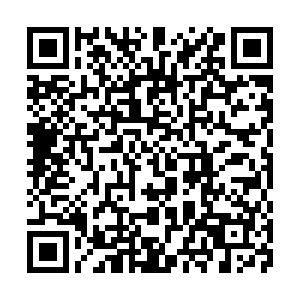 China is gradually replacing the United States as the major world power and that's "good news" for Iran, the Gulf region and most of Asia, Iranian geopolitical analyst Foad Izadi told CGTN Digital in an exclusive video interview from Tehran while asserting the need for an "Asian NATO" led by Asian powers that could protect the security interests of the continent without any interference from Western powers.

"The fact that an Asian country (China) with a history of being peaceful and of being cooperative is actually advancing internationally is good news for other Asian countries, especially countries that have been on the receiving end of U.S. foreign policy malpractices," said Izadi, who serves as an associate professor of American Studies at the Faculty of World Studies, University of Tehran.

"The U.S. and some of the European countries have had a history of colonialism and imperialism and a history of interference in Iran's domestic affairs and orchestrating coup d'états in Iran," noted the Iranian analyst who has lived and studied in the U.S. for a number of years and holds a PhD in mass communication from Louisiana State University.

Izadi welcomed Chinese State Councilor and Foreign Minister Wang Yi's recent proposal of building a multilateral dialogue platform for the Gulf region to minimize the risk of conflicts and encourage peace and stability.

"Iran has historically welcomed the initiatives that would improve peace and security in the Persian Gulf. Iran has had incentives of its own like the Hormuz Initiative which is similar to the Chinese proposal aimed at providing a platform for the countries of this region to talk to each other and resolve differences that may exist and improve relations," Izadi said.

The Chinese proposal came at a United Nations (UN) Security Council meeting on the Gulf region after a decade-long UN arms embargo on Iran expired on October 18. Concurring with China, Russia also called for collective security in the Gulf while the U.S. continued to call for punitive actions against Iran.

'We need an Asian NATO'

Stressing that Iran is used to the constant threats and rhetoric from the U.S., for decades, Izadi felt that a multilateral regional platform along with a security mechanism for Asian countries similar to NATO but backed by Asian powers will go a long way in preventing U.S. and Western influence in the region.

"We actually need an Asian NATO. Chinese President Xi Jinping has also talked about having security and military alliance throughout Asia to resolve some of the common problems. I am calling it Asian NATO to have some proximate in terms of what we are talking about," he said.

"Basically, I think the major Asian countries like China, Russia and Iran, can develop arrangements to protect their own interests, and also the interest of the neighborhood and the continent. If we have such a military and security infrastructure, if there is any problem in any part of Asia, we don't need Western countries coming in with the pretense of fixing the problem while actually causing more problems for us," he remarked citing previous history of conflicts in the region, including Iran.

"Iran is used to U.S. foreign policy misjudgments and atrocities. The U.S. has invaded our neighboring countries, both Afghanistan and Iraq. Washington's foreign policy activities have resulted in death and destruction throughout history," he said. "So having security arrangement, not just for the Persian Gulf, but for the whole continent, it's going to be important to have a mechanism similar to what Europeans did with NATO," he reiterated.

Izadi said that China will play an increasingly important role in the Gulf in times to come, particularly in the region's post-COVID recovery plans. "Other countries in the Persian Gulf also realize the growing influence and importance of China. And that has helped to achieve some of the goals that the Chinese government has with regard to making sure that this part of the world stays peaceful."

"We understand the fact that China receives about 60 percent of its energy needs from the Persian Gulf. So it's only natural and logical for China to be concerned about the security of this part of the world. And China can play an important role to make sure that that happens," he added.

The Iranian professor dismissed speculations that Iran will go on an arms-buying spree following the expiry of the UN arms embargo, saying the claims are evidently "inaccurate both in theory and practice.”

"In practice, it's inaccurate because Iran manufactures arms internally. So, we don't need to buy huge number of weapons from outside with the exception of a few cases, but generally Iran provides for its own security needs. In theory, it's inaccurate because Iran's defense posture is very different from the defense posture of some other countries in our neighborhood," he said, pointing to the other Gulf Arab states.

"One reason you see some of our neighboring countries buying a lot of arms, it's not because they need all these arms, but it's because that's the way of paying back for outside powers for backing the rulers there who may not have popular support. Iran is a republic and derives legitimacy from its own people. Iran's government is legitimate and has a huge popular support, so our defense policies are very different from the neighboring Gulf countries," Izadi argued.

Chinese Foreign Minister Wang Yi, during his remarks at the UN Security Council, expressed a desire to see Gulf transform into what he said, an "oasis of security in the region". But considering that the Gulf region has a lot of complexities, and is already engaged in many different conflicts spanning from Yemen, Iraq, Syria and Lebanon to Israeli-Palestinian unrest, that looks like a distant dream.

However, Izadi appeared to be buoyant about the future of the region. "Having peace and security in this part of the world is achievable," he said emphatically.

"Historically, the countries in this region have lived with each other peacefully. It is with the presence of colonial powers, creation of the occupation of Palestine, and the policies that looked at the Middle East as a gas station of the world, that we started having these security problems," Izadi elucidated.

"It is possible to go back to a region that's more peaceful, that does not need this type of policies that we have seen in the last number of decades. It's not going to be easy to achieve these goals," he added.

"But I'm generally optimistic because as we go forward, we realize that the U.S. and some of the Western countries that have caused a lot of difficulties for this part of the world are declining. And as this decline advances, sooner or later, this part of the world would get rid of foreign interference and then, as that materializes, we are going to have a more peaceful and more prosperous future," he concluded with genuine optimism.