Analysis: China is betting on science and tech like never before
Gong Zhe 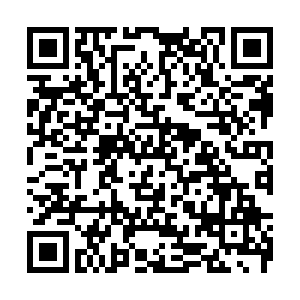 Lenovo buys chips from Intel and assembles Thinkpads. The Chinese government see those laptops as "made in China."

Xiaomi buys chips from Qualcomm and assembles Mi smartphones. The Chinese people see the products as "made in China."

But things are changing now. More and more Chinese people have realized that "made in China" doesn't mean their country is competitive in the world.

The "world factory" nickname used to be perceived in China as a compliment. But now it sounds more and more sarcasm – you can only put parts together, while foreigners get most of the profit because they hold the core tech.

That's why people are cheering as Huawei designed their own world-leading Kirin smartphone chip series and buy every flagship phone they make.

Huawei is now controlling about half of the smartphone market in China, edging out Samsung, the company that offers the closest products.

But Huawei is still far from being internationally competitive. The U.S. sanctions, however irrational they are, have almost brought the Shenzhen-based smartphone giant to its knees.

That's when the Chinese people realized they have to build everything from scratch in order to survive the Western tech siege.

The Communist Party of China (CPC) – the party that swears to represent the ultimate interest of the people in the country – is drafting plans for the next five to 15 years. And they put science and technology (S&T) as one the main jobs to do.

The CPC have long believed in S&T. "Science and technology are the primary productive forces" is a comment made in 1980s by Deng Xiaoping that received almost universal acceptance across the country.

China learned to build A-bombs to secure itself from foreign invasions, and mastered hybrid rice to feed its people – now it's time for China to research the most sophisticated S&T areas to compete with the most advanced countries in the world.

S&T development now weighs a specific chapter in the party's proposal for China's 14th Five-year Plan. The party also mentioned "sci-tech independence" for the first time in such documents.

Click here to hear the latest comments from high-rank CPC members about the importance of S&T.

Check here for the specific areas that China have been planning to work on.