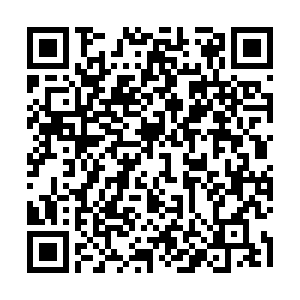 The full text of the Communist Party of China (CPC) Central Committee's proposals for mapping out the blueprint for China's development in the next 15 years was made public on Tuesday.

China will strive to make new strides in economic development during the period, the proposals said. With new steps to be taken in reform and opening up, China will further improve its socialist market economy and basically complete the building of a high-standard market system. China's social etiquette and civility will also be further enhanced, and the people will embrace the core socialist values.

China will also maintain long-term prosperity and stability in its Hong Kong and Macao Special Administrative Regions (SARs), according to the document, which highlighted the full and faithful implementation of the policies of "One Country, Two Systems," "the people of Hong Kong governing Hong Kong," "the people of Macao governing Macao," and a high degree of autonomy for both regions.

Support will be given to the two special administrative regions in enhancing their competitive edges and integrating their own development into the overall development of the country, said the document.

Drawn up every five years since 1953, the Five-Year Plan (FYP) is a major feature of China's governance system, setting growth targets and defining economic and social development policies to ensure national strategies keep pace with the times.

This year is the final year of China's 13th FYP period (2016-2020). The 14th FYP is of particular significance, as 2021-2025 will mark the first five years of China's new journey toward fully building a modern socialist country and marching toward its second centenary goal.

The CPC has set two centenary goals: to complete the building of a moderately prosperous society in all respects by 2021 when the CPC's celebrates it centenary and to build a modern socialist country that is prosperous, strong, democratic, culturally advanced and harmonious, by 2049 – the centenary of the People's Republic of China.

The released document is composed of 15 parts, which can be divided into three broad sections.

The first section is a summary that mainly elaborates on upcoming goals and the decisive achievements made in building a moderately prosperous society in all respects. The second section outlines key tasks for social and economic development during its 14th FYP period. The third section calls for strengthening Party leadership and improving the formulation and implementation mechanism for the plan.