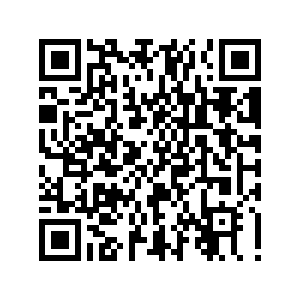 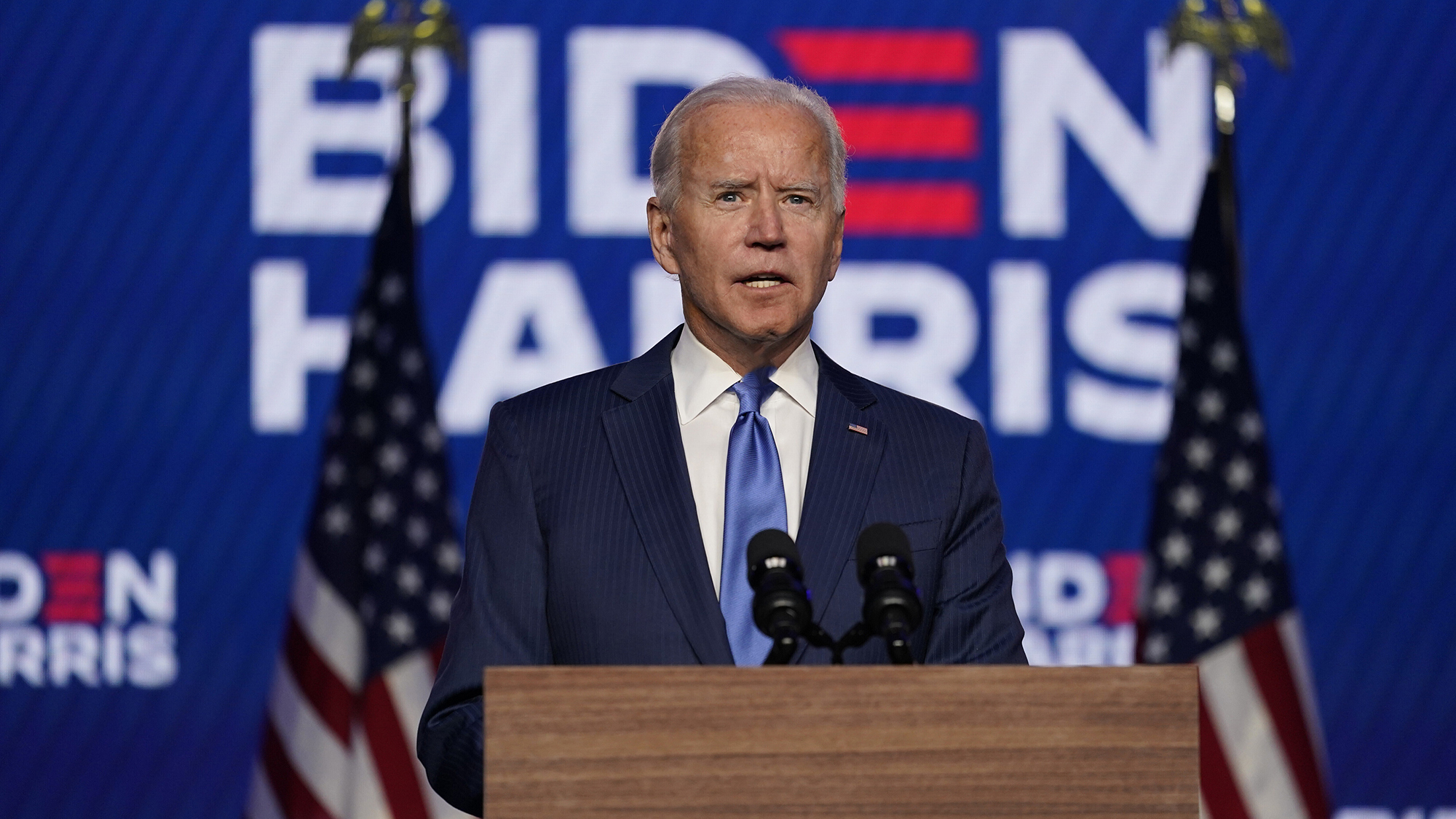 Joe Biden said Friday as he closed in on winning the U.S. presidency that he would waste no time in addressing the COVID-19 pandemic on taking office.

"I want everyone, everyone to know on day one we're going to put our plan to control this virus into action," Biden said in a late night address from his hometown Wilmington, in Delaware.

He expressed confidence that he would defeat President Donald Trump as vote counting dragged on from Tuesday's election but stopped short of declaring himself the winner. He pledged to unite a bitterly divided nation. "It's time for us to come together as a nation to heal," Biden said. 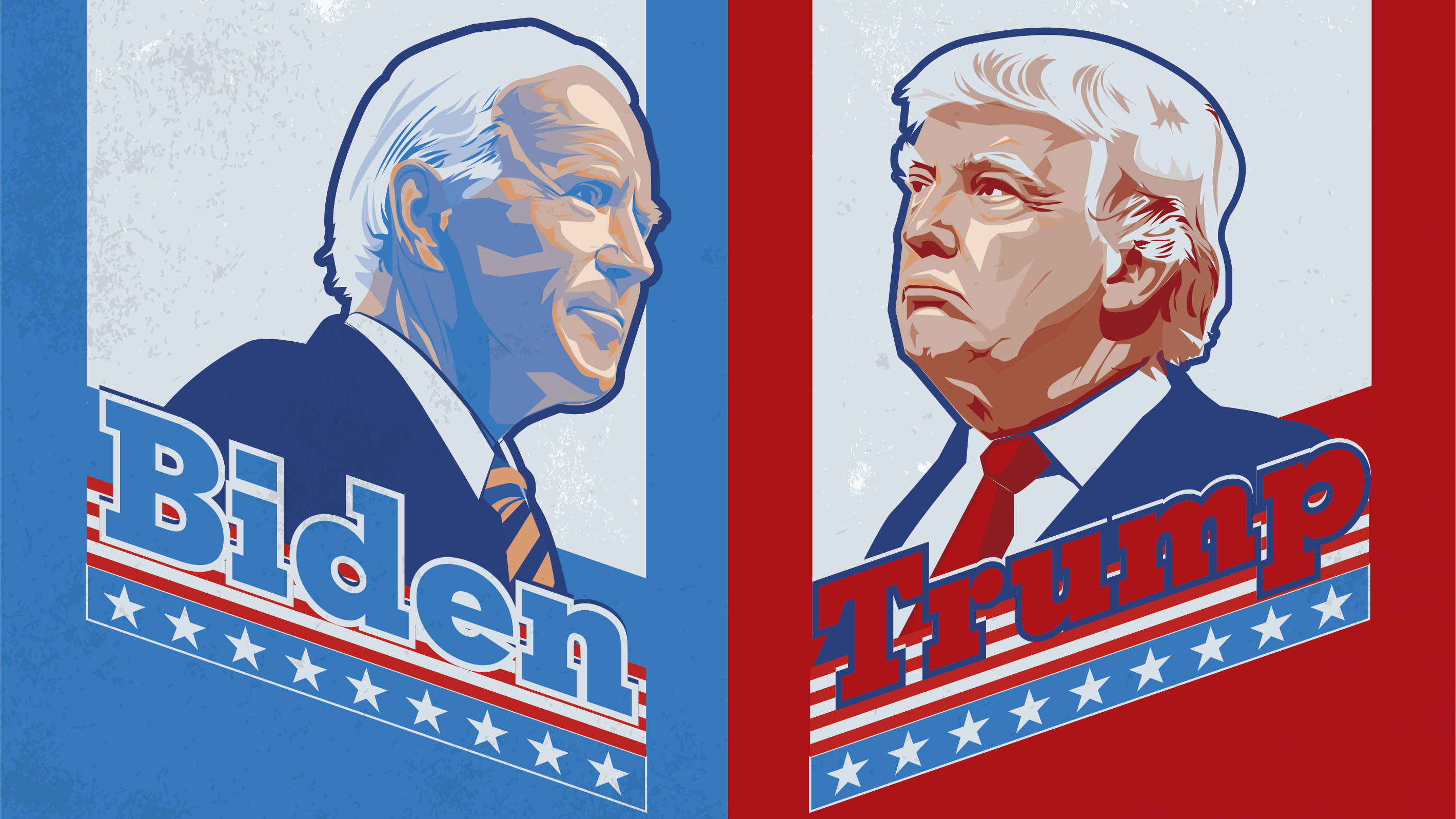 A U.S. Supreme Court justice on Friday denied a request by Pennsylvania's Republicans to immediately halt the counting of ballots arriving after Election Day – referring the challenge to the full court for a ruling on Saturday.

Samuel Alito ordered Pennsylvania in the meantime to continue keeping the late-arriving ballots separate, affirming a decision already made by the state's top elections official. The last-ditch petition for an emergency injunction – filed as Democrat Joe Biden solidified his lead and was poised to defeat President Donald Trump – targeted thousands of ballots. Most are believed to favor Biden, and Republicans say they should be disqualified under Pennsylvania state law.

Follow live: Latest in the race for the White House

According to projections from the Associated Press, Biden is currently at 264 electoral votes to Trump's 214 in pursuit of the 270 needed to win a nail-biting U.S. presidential election.

In Georgia, which has 16 electoral votes, Biden had a narrow edge over Trump with a lead of 1,579 votes by Friday morning. "With a margin that small, there will be a recount," Georgia Secretary of State Brad Raffensperger said during a press conference in the morning.

Trump campaign released a statement Friday afternoon, pledging an ongoing legal fight over ballot counting in several battleground states. A campaign lawsuit was rejected in Nevada by a state court earlier this week, Nevada's attorney general Aaron Ford said on social media on Friday, reaffirming the state has seen no irregularities in the presidential election.

Meanwhile, the United States Special Counsel has begun a Hatch Act investigation against Trump for allegedly using the White House as a "war room" for his reelection campaign. 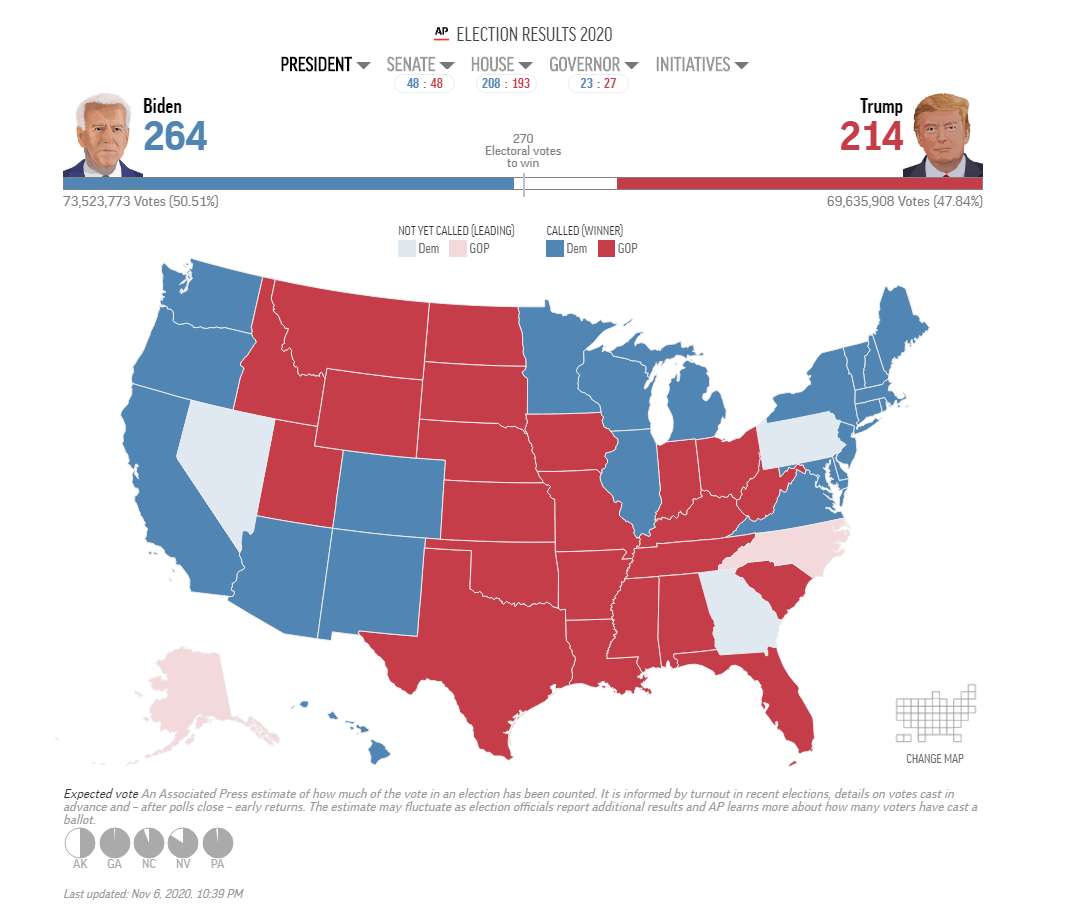 Trump on Thursday evening falsely claimed "if you count the legal votes, I easily win" and without evidence accused the Democrats of trying to "rig" the election, before alleging there was "historic election interference from big media, big money and big tech.”

Biden, who called for calm in a speech on Thursday, has flipped Michigan and Wisconsin from the president, while the AP has also called a knife-edge race in Arizona for the Democrat, putting him six votes short of the 270 needed to win the presidency, according to the AP tally.

Several networks however have yet to call Arizona, where, along with Nevada, Trump is eating into Biden's lead as the final votes are counted. Without Arizona, the former vice president would need 17 more votes for victory. 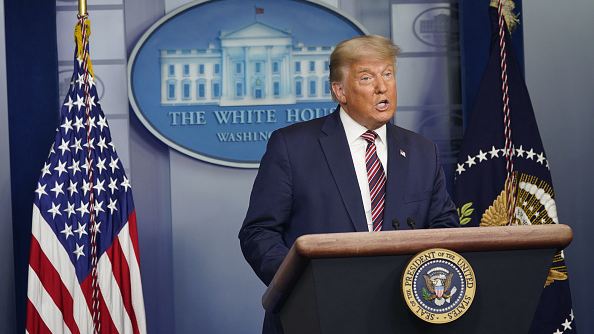 The former vice president has taken the lead in Pennsylvania and Georgia, while the Republican continues to hold a commanding lead in Alaska.

Why the Senate could make or break the next president

The battle for control of the Senate – crucial to whoever wins the White House – remains in the balance, with the parties tied at 48-48, one contest heading to a runoff and three yet to be called. 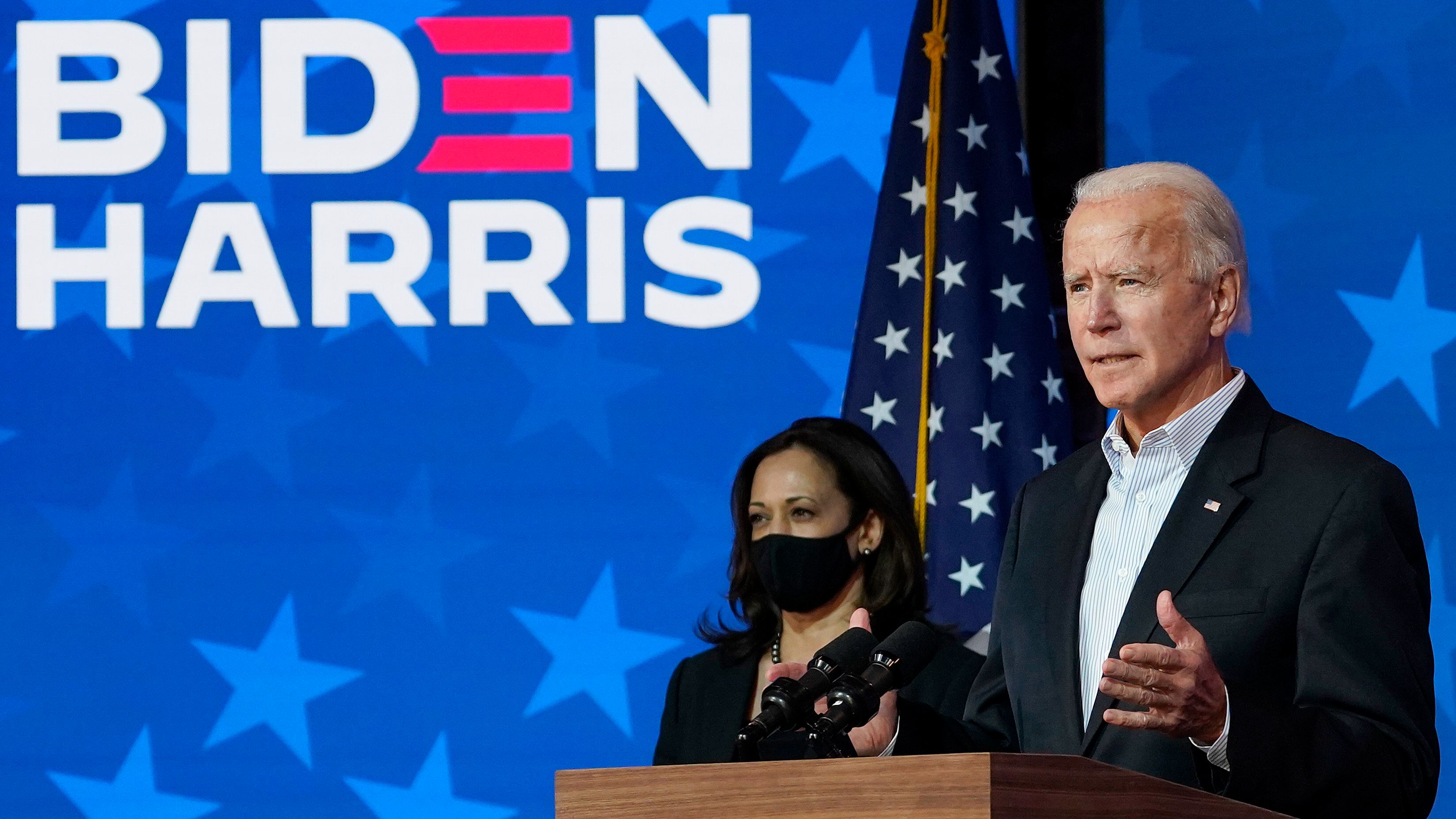 Biden, who has won over 73 million votes, more than any previous presidential candidate, said at a news conference on Thursday afternoon that he has "no doubt" he will win the presidency when all the votes are counted, and he called on voters to stay calm and patient.

"I ask everyone to stay calm. The process is working," said the former vice president. "It is the will of the voters. No one, not anyone else who chooses the president of the United States of America."

Trump, who is pursuing a wave of legal action with little success, meanwhile claimed that the U.S. electoral process was "a corrupt system" and made a series of allegations about electoral misconduct in an address from the White House.

The Trump campaign has called for a recount in Wisconsin and launched legal action in Pennsylvania, Georgia, Michigan and Nevada, a clear indication the president will not give up without a fight.

What would a Biden presidency mean?

What would Trump's reelection mean?

With votes still being counted in key battlegrounds, the Republican claimed he had "already decisively won many critical states, including massive victories" in Florida, Iowa, Indiana and Ohio, and promised further legal cases.

The incumbent president also contended there were "suppression polls" ahead of the election, alleging that opinion polls intentionally inflated the Biden lead to put Trump supporters off coming out to vote.

Trump won 29 electoral-college votes from Florida, 38 and 18 from Texas and Ohio respectively, according to AP, and is maintaining a narrow lead in North Carolina.

In Nevada and Arizona, Biden is the one with the slight lead.

While the former vice president is ahead in the race for the presidency, the picture is less rosy for Democrats down ballot – the party looks to have won a reduced majority in the House of Representatives and has struggled to pick up seats in the Senate.

If the Republicans retain control of the Senate, it could severely hamstring a potential Biden administration.

With the parties tied on 48 Senate seats each, two seats are trending towards the Republicans and another two – both in Georgia – look likely to head to runoff elections on January 5.

The Democrats need a net gain of four seats to take control and have flipped seats in Colorado and Arizona, with John Hickenlooper and Mark Kelly winning, while Gary Peters has retained his seat in Michigan.

The Republicans won back Alabama, with Tommy Tuberville defeating Doug Jones, and incumbents Joni Ernst and Susan Collins held on in Iowa and Maine respectively.

The Democrats have retained their majority in the House of Representatives, but are likely to win fewer seats.

Eleven gubernatorial elections also took place, with only the governorship in Montana changing hands, flipping from the Democrats to the Republicans.