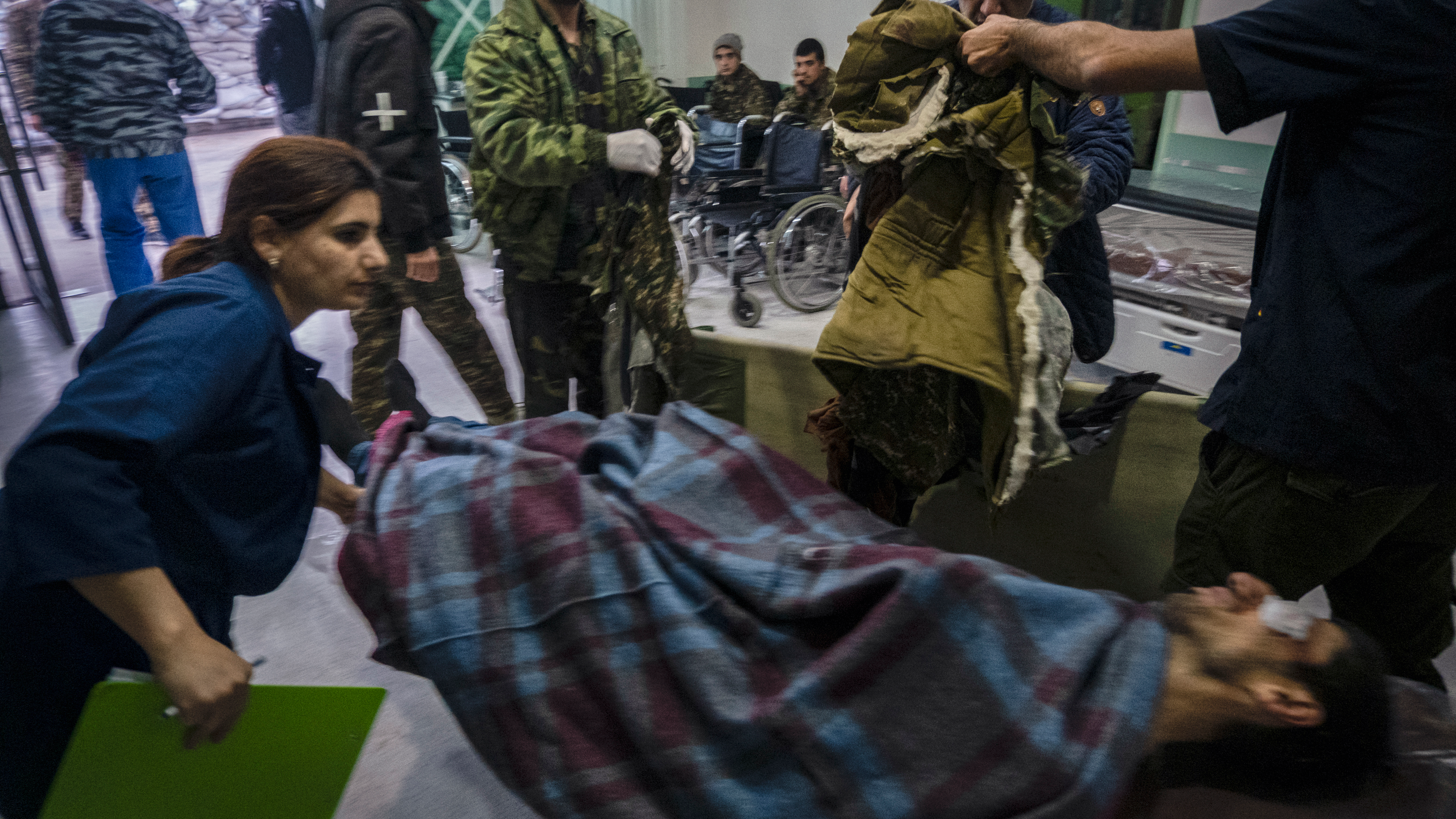 A soldier is taken into a hospital after being wounded at the front-line in the outskirts of Stepanakert, Nagorno-Karabakh, on November 6, 2020. /AP

A soldier is taken into a hospital after being wounded at the front-line in the outskirts of Stepanakert, Nagorno-Karabakh, on November 6, 2020. /AP

"The fighting continues in Shushi, wait and believe in our army," Armenian defense ministry official Artsrun Hovhannisyan said on Twitter, using the Armenian name for the town, shortly after Azerbaijani President Ilham Aliyev announced its capture.

Shushi, which Azerbaijan calls Shusha, is of cultural and strategic importance to both sides and is located 15 kilometers south of the enclave's largest city Stepanakert.

At least 1,000 people have died in nearly six weeks of fighting in and around Nagorno-Karabakh, a mountainous enclave internationally recognized as part of Azerbaijan but populated and controlled by ethnic Armenians.

"(This day) will become a great day in the history of Azerbaijan," Aliyev said, announcing that Baku's troops had taken Shushi.

In Baku, Azeris gathered in large numbers to celebrate, waving flags and chanting slogans, while drivers sounded their car horns.

"Shushi remains an unattainable pipe dream for Azerbaijan. Despite heavy destruction, the fortress city withstands the blows of the enemy," the Nagorno-Karabakh Rescue Service said.

Armenia's defense ministry said that heavy fighting for the strategic site continues, while the Defence Army of Nagorno-Karabakh said they had repelled multiple attempts by the Azeri side to advance on the town. 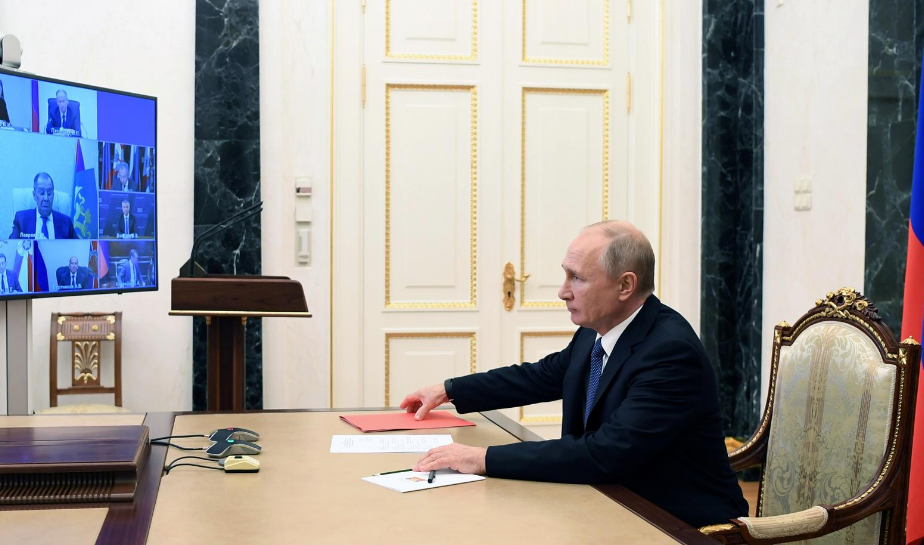 Putin talks to Macron, Erdogan over the clashes

Russian President Vladimir Putin discussed the conflict in Nagorno-Karabakh in a telephone call with his French counterpart Emmanuel Macron, the Kremlin said on Saturday.

The two leaders expressed serious concern over the large-scale clashes between ethnic Armenian and Azeri forces in the region and the involvement of fighters from Syria and Libya in the conflict. Putin informed Macron of the steps Russia had taken towards implementing a ceasefire and ensuring the sides negotiate a solution to the crisis. He also expressed the desire to continue coordinated mediation efforts, including through the OSCE Minsk Group, set up in 1992 to mediate a peaceful resolution.

Meanwhile, Turkish President Tayyip Erdogan told Vladimir Putin on Saturday that Armenia must be convinced to negotiate in the Nagorno-Karabakh conflict with Azerbaijan and called for a peaceful resolution. In a statement, the presidency said Erdogan told Putin that Armenia must withdraw from Azeri lands it is occupying and "stated the Armenian leadership must be convinced to sit down at the negotiating table." 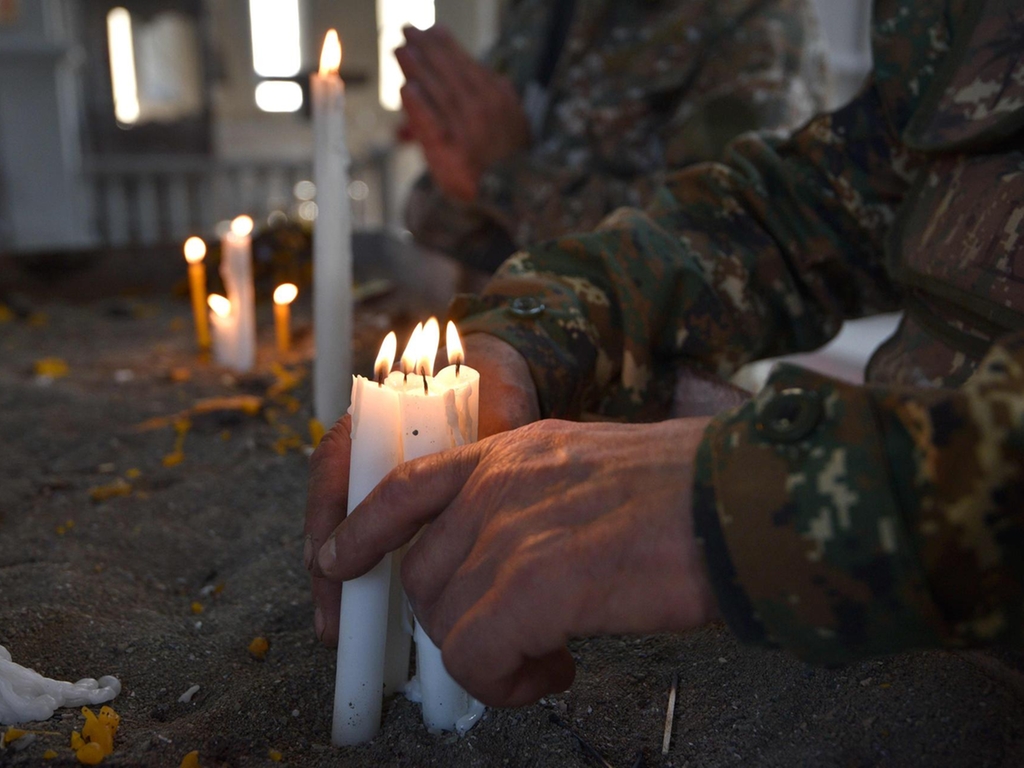 Military volunteers pray in the damaged Ghazanchetsots Cathedral in the historic city of Shushi./AFP

Military volunteers pray in the damaged Ghazanchetsots Cathedral in the historic city of Shushi./AFP

At least 1,000 people have died in nearly six weeks of fighting in and around Nagorno-Karabakh, a mountainous enclave internationally recognized as part of Azerbaijan but populated and controlled by ethnic Armenians.

The conflict has underlined the influence of Turkey, an ally of Azerbaijan, in a former Soviet region long dominated by Moscow, which has a defense pact with Armenia. It also threatens the security of Azeri oil and gas pipelines.

Erdogan has previously said Turkey and Russia could work together to solve the conflict.

In a separate statement, the Kremlim said Putin had informed Erdogan about his phone calls with the leaders of Azerbaijan and Armenia, adding "these exchanges were focused on finding options for a swift cessation of hostilities and a political and diplomatic settlement."

"A mutual readiness to cooperate in order to achieve a peaceful resolution to the conflict was confirmed," it said.

Three ceasefires have failed to halt the bloodiest fighting in the South Caucasus for more than 25 years. Both sides accused each other of launching attacks within hours of the agreements.