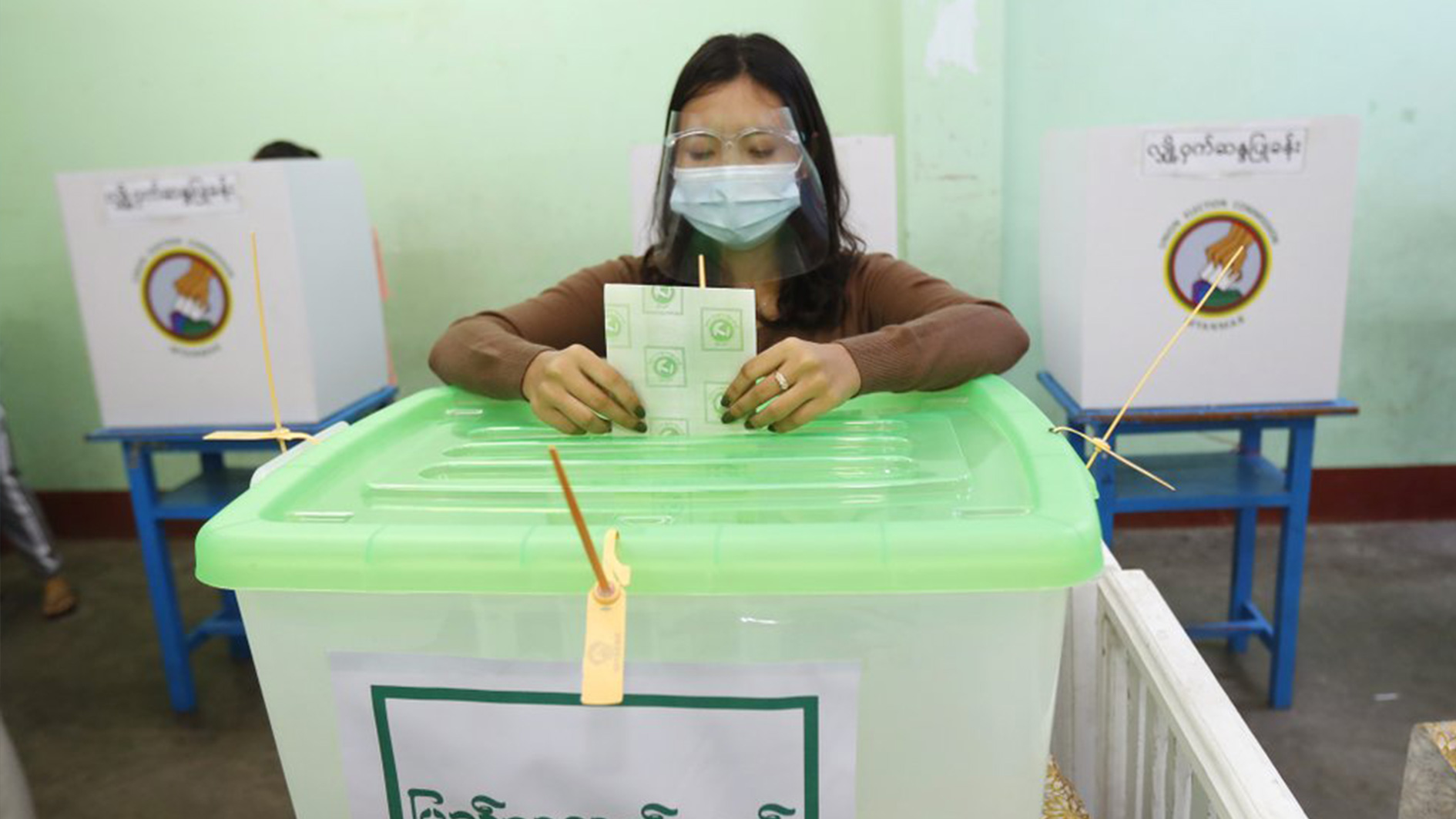 Millions across Myanmar waited in long lines Sunday to vote in an election expected to return to power the government of Aung San Suu Kyi, who remains a hero at home despite her reputation being tainted over her controversial handling of the Rohingya crisis.

Suu Kyi's National League for Democracy party won the last elections in 2015 in a landslide, ending more than five decades of military-dictated rule in the country, but later entered an uneasy power-sharing agreement with the still-mighty military.

This time, the civilian leader – in a bid to maintain an absolute majority – has implored citizens to overcome their coronavirus fears to turn out and cast their ballots.

"The voter turnout here is more than we expected," Zaw Win Tun, a neighborhood administrator and official at Yangon's Pho Myae polling station, told the AP. "I think people are excited to vote, as they would like to escape from the political struggles."

Coronavirus cases have spiraled upwards in recent months in Myanmar, sending swathes of the country into lockdown and largely forcing campaigns online, where hate speech between rival factions has flourished.

But Suu Kyi refused to postpone the polls.

In Mandalay – Myanmar's second-largest city and a hotspot for infections – people crowded into a polling station outside the city's ancient palace.

"I have my concerns" about the lack of social distancing, schoolteacher Hnin Wut Yee, 23, told AFP. "We're all watching each other with suspicion."

Voters across the country wore compulsory face masks at polling stations, but social distancing rules were not strictly followed with crowds bunched together in some lines. 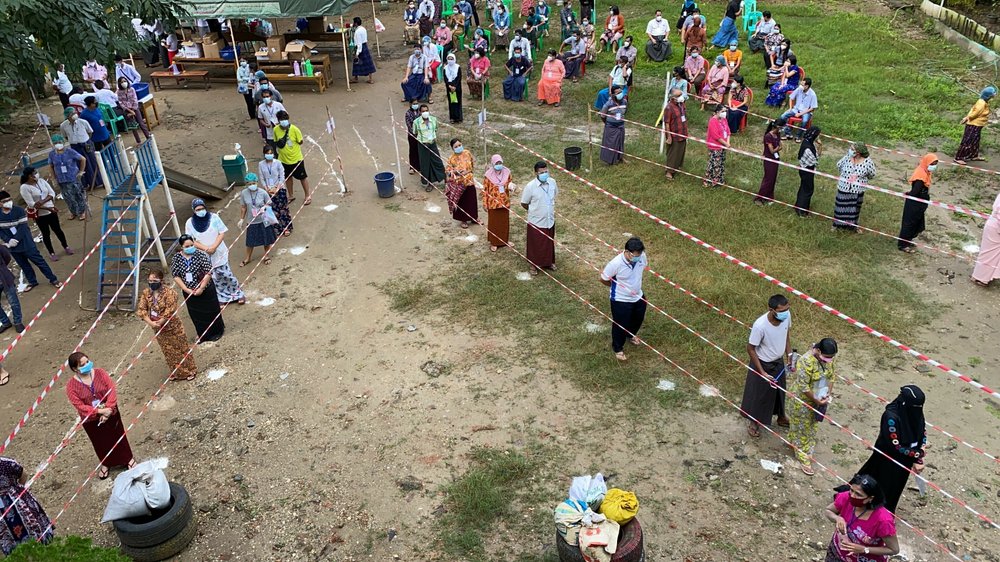 More than 90 parties are competing for seats in the lower and upper houses of Parliament, while there were also elections at the state levels. More than 37 million people are eligible to vote, including five million first-timers.

Suu Kyi, who is the nation's leader with the title of state counsellor, remains Myanmar's most popular politician. But her government has fallen short of expectations, with economic growth doing little to alleviate widespread poverty and a failure to ease tensions among the country's fractious ethnic groups.

"There is no major party really putting an alternative, a credible alternative, forward," Yangon-based political analyst Richard Horsey said, explaining part of the reason Suu Kyi's side has a winning hand in Myanmar's heartland, where its ethnic Burman majority lives.

Even more important for the ruling party's prospects, he said, is "the personal support, even love, that many people have for Aung San Suu Kyi herself, almost irrespective of how the government administration performs, how the economy performs and so on."

One such fan is 32-year-old voter Mee Mee, a business owner. She said she was excited because in her travels around the country she could see changes and development initiated by Suu Kyi's government putting the country on the right track.

"I like Auntie Suu. She's good," said Mee Mee, referring to Suu Kyi by how she is popularly known. "I believe in her and what she's doing."

Her party's main challenger, as it was five years ago, was the military-backed Union Solidarity and Development Party, which has led the opposition in Parliament.

The Election Commission said it would begin to announce results Monday morning. But it may take up to a week to collect all the votes, some of which will come from remote jungle areas.