Symbols of Shanghai: Pearl of the Orient
Cui Xingyu 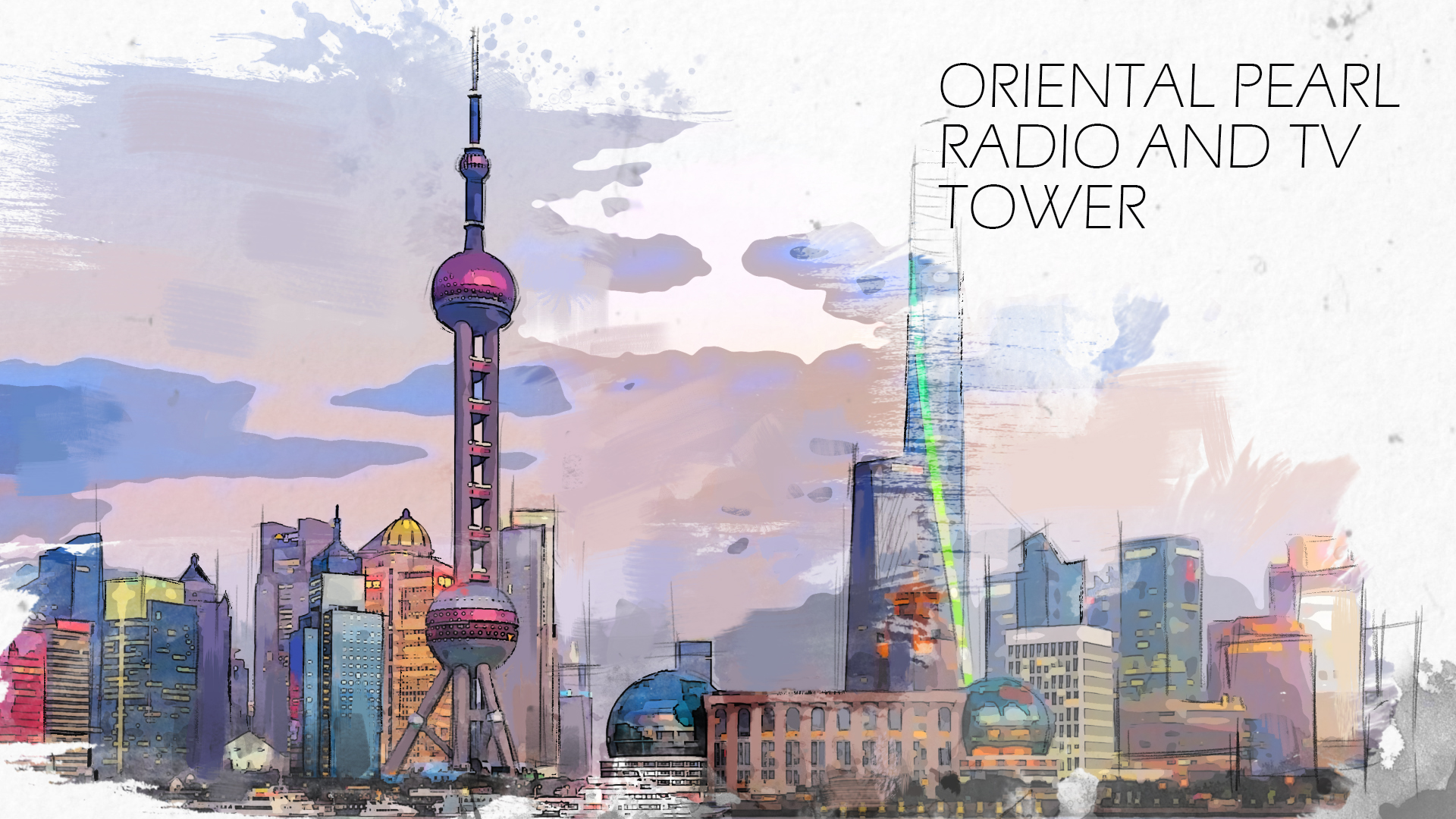 It was once the tallest structure in China and it's still considered the most iconic building in Shanghai. It epitomizes Pudong New Area's path to modernization.

It is the Oriental Pearl Radio and TV Tower.

Standing at the tip of Lujiazui by the side of Shanghai's largest river, Huangpu River, the architectural landmark bears witness to Pudong's tremendous transformation over the last decades since its development and opening-up project initiated in 1990. 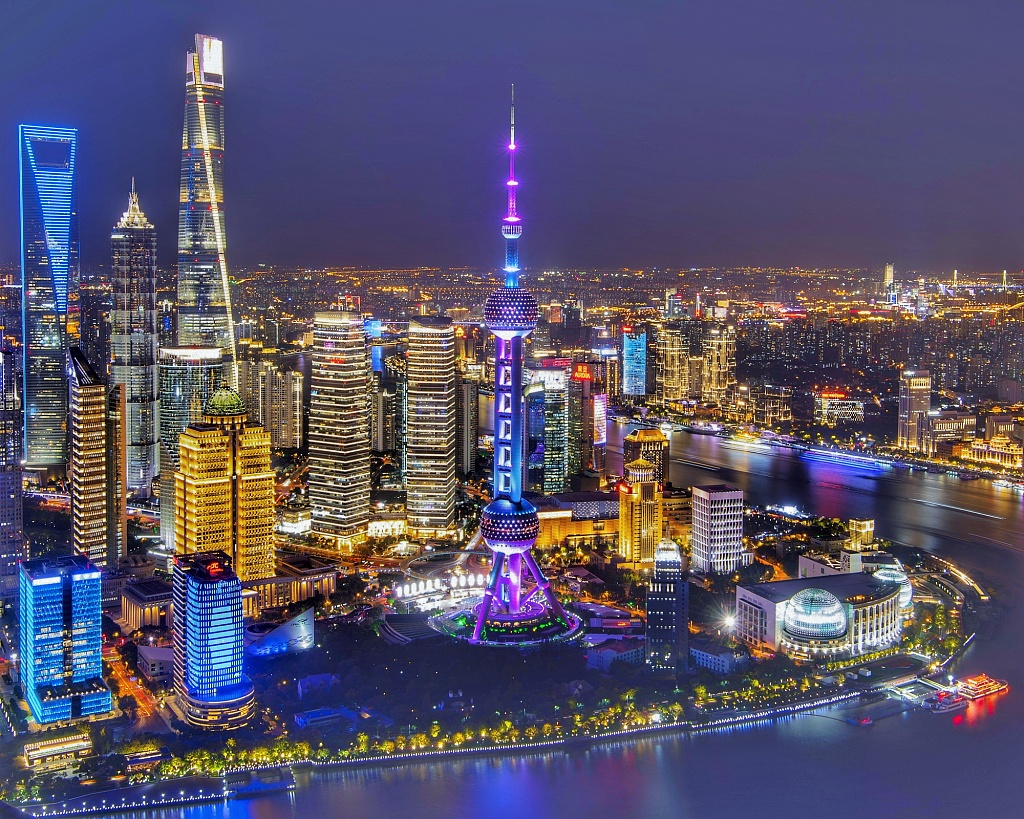 The illuminated Oriental Pearl Radio and TV Tower and other high-rise buildings light up the night in Shanghai, November 4, 2020. /CFP

The illuminated Oriental Pearl Radio and TV Tower and other high-rise buildings light up the night in Shanghai, November 4, 2020. /CFP

From design to construction: Making the impossible possible

With a total of 11 spheres of different sizes linked by giant pillars, the structure of the Oriental Pearl Tower, soaring to a staggering height of 468 meters, is definitely not a common sight in the history of Chinese architecture.

Jiang Huancheng, chief designer of the tower, started the project of building a television tower in 1986. With the idea of creating something that can serve as a symbol of Shanghai's modernization and development in mind, Jiang and other fellow designers devised numerous sketches in the early stages of creation.

They strived to make a breakthrough in terms of the structure. Also, rigorous calculations were taken into account so that the tower could withstand earthquakes and typhoons.

Eventually, a novel structure was born – one that's unprecedented in the country back in the day. The multi-globed outline reminded many of a verse in an ancient Chinese poem that goes "pearls, large and small, falling on a jade plate."

However, the proposal almost got rejected as the construction companies unanimously claimed it's impossible to complete considering the difficulties the unusual structure imposes. Despite a series of hardships and challenges, the design team ultimately was able to turn what people could not possibly imagine into reality.

The construction started in 1991, and officially opened to the public in November, 1994, bringing not only a visual shock, but also a huge step forward in the architectural history of China. 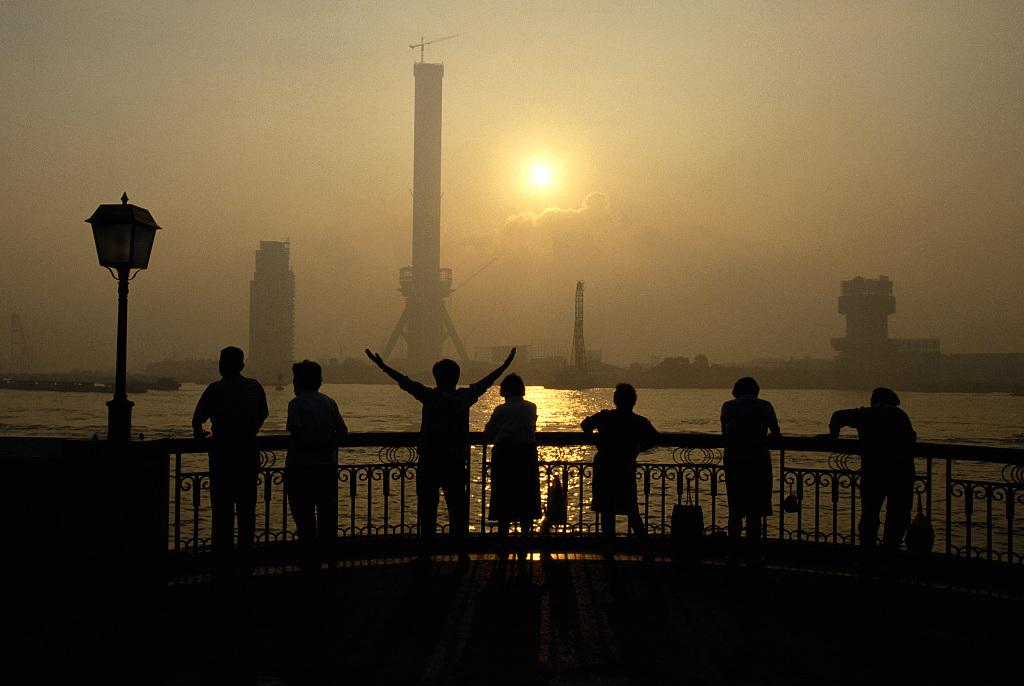 People work out in the dusk on the Bund in 1993 when the Oriental Pearl Tower across the river is still under construction. Tom Stoddart/CFP

People work out in the dusk on the Bund in 1993 when the Oriental Pearl Tower across the river is still under construction. Tom Stoddart/CFP

Today, the Oriental Pearl Tower has become a must-visit spot especially for newcomers to Shanghai. Listed as a 5A-level national tourist attraction – the highest level in the country's categorization of scenic spots – it provides a wide range of services, covering sightseeing, catering and accommodation, as well as shopping and leisure entertainment.

Also check out the previous episode of the series: the Lujiazui skyline.