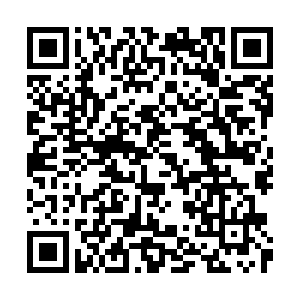 A Chinese mainland spokesperson on Wednesday reiterated China's opposition to any form of official and military contact between the Taiwan region and the United States.

Zhu Fenglian, spokesperson for the Taiwan Affairs Office of the State Council, made the remarks in response to a reporter's question about the leader of the Democratic Progressive Party (DPP) in the region seeking contact with U.S. officials.

Asked if cross-Strait relations will change if the projected winner of the U.S. presidential election Joe Biden becomes the next president, Zhu said the mainland's stance on Taiwan affairs has been clear and consistent.

More specifically, the mainland will always adhere to the one-China principle and uphold the 1992 Consensus and oppose "Taiwan independence," she said.

In response to a question from a reporter of a Taiwan media outlet, she said recent actions by the Chinese People's Liberation Army (PLA) Air Force were "necessary moves" to safeguard China's sovereignty and "stern responses" to the DPP authority's provocative behaviors.

Zhu warned that the DPP authority and separatist forces seeking "Taiwan independence" should not underestimate the determination and will of the people on both sides of the Strait to safeguard the country's sovereignty and territorial integrity.

Moreover, the spokesperson said national reunification and peaceful development of future cross-Strait relations are set as main goals and tasks as stated in the recently released proposals for mapping out the blueprint for China's development in the next 15 years.

The proposals have said that China will make new strides in economic development during the period, emphasizing a new development pattern that "takes the domestic market as the mainstay while letting internal and external markets boost each other."

She said the mainland is willing to continue carrying out and improving beneficial policies and expanding room for Taiwan compatriots' development while at the same time leaving no room for "Taiwan independence" activities.

The document, the Communist Party of China (CPC) Central Committee's proposals for formulating the 14th Five-Year Plan (2021-2025) for National Economic and Social Development and the Long-Range Objectives Through the Year 2035, was adopted at the fifth plenary session of the 19th CPC Central Committee, which closed on October 29.