In the Spotlight: The Squad is back, bigger than before
By Sim Sim Wissgott 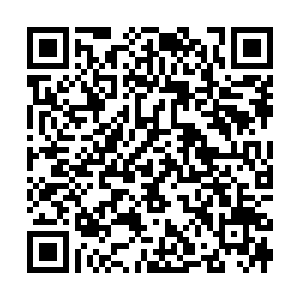 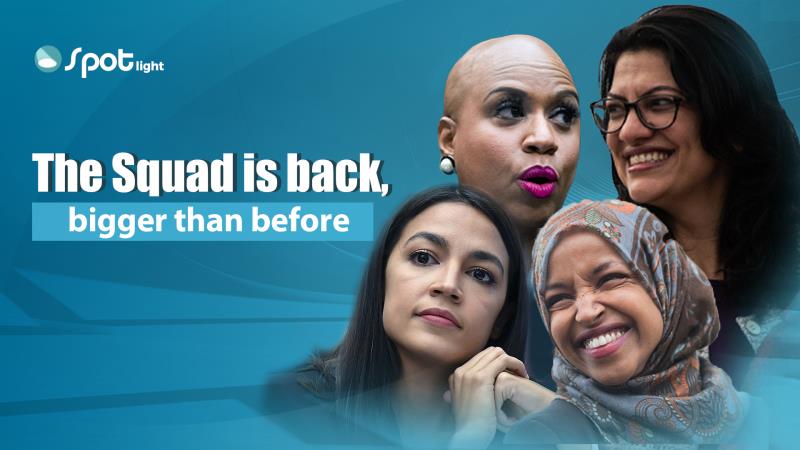 They rose to prominence after the 2018 U.S. midterm elections and quickly became known as the Squad: four women from diverse backgrounds, some with little political experience, but all eager to bring about change.

Alexandria Ocasio-Cortez, Ilhan Omar, Ayanna Pressley and Rashida Tlaib were all re-elected to their seats last week, and they will be joined by new young and diverse voices in the next Congress.

But these progressive wins are already causing friction within the Democratic Party and presage internal clashes in the weeks and months to come.

What is the Squad?

Ocasio-Cortez – now one of the most recognizable Democratic faces, often referred to just by her initials "AOC" – was re-elected to her New York seat in the House of Representatives with 68.8 percent of votes, according to the Associated Press. Pressley won in Massachusetts with over 87 percent, Tlaib in Michigan with 77.9 percent and Omar in Minnesota with 64.5 percent.

Over the past two years, the quartet have formed a tight alliance on the left of the Democratic Party.

They have pushed progressive issues such as Medicare for All, a Green New Deal to tackle the climate crisis and racial justice, and have advocated for working families.

Vocal about policies close to their hearts and active on social media, they have positioned themselves as representatives who understand people's struggles because they have been there themselves.

Ocasio-Cortez, who is of Puerto Rican descent and grew up in the Bronx, was a waitress and bartender before she became the youngest woman ever elected to Congress at age 29. Omar came to the U.S. as a Somali refugee before being naturalized as a U.S. citizen, and Tlaib is the daughter of Palestinian immigrants. They were the first two Muslim women to enter Congress, while Pressley was the first Black woman elected to Congress by Massachusetts.

A New York Times op-ed in August 2019 called them "the future of politics." 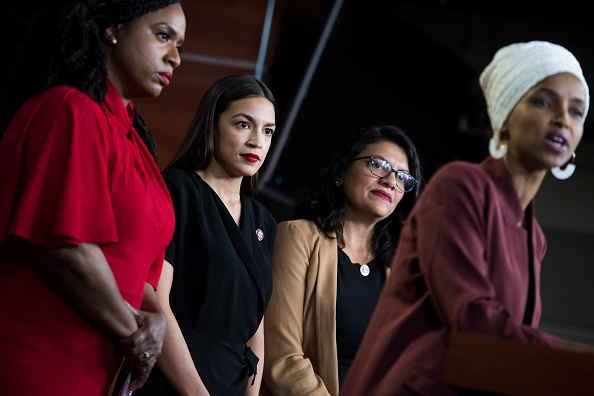 Part of the "pink wave" of women who won congressional seats and governorships in 2018, they have focused their energy on rebuilding communities and shaking up Washington, D.C.

US midterms: The winners making history

As such, they have often butted heads with the more moderate, conservative wing of the Democratic Party, less pleased by their uncompromising stance and what they see as radical, left-wing policies.

Far from the only progressives in Congress, they have nevertheless become the most visible ones, alongside Vermont Senator Bernie Sanders, appealing to a more youthful, dynamic voter base.

Ahead of this year's elections, the four women were out on the streets campaigning, raising support and knocking on doors to encourage people to vote.

The Squad has made a point about reaching voters who are otherwise ignored by traditional campaigns and interacting more directly with their constituencies. 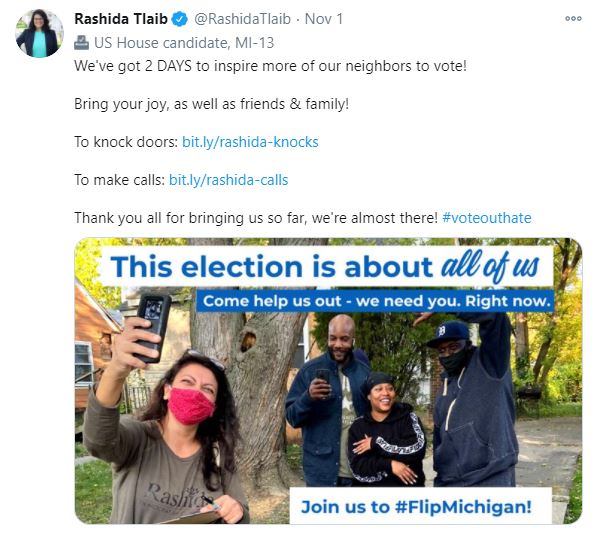 Ocasio-Cortez joined an online video game on Twitch last month in a bid to mobilize young voters, and her livestream gained record viewers. Omar also tuned in for the fun.

Pressley was meanwhile spotted dancing with others outside a Boston polling station on election day as voters queued to cast their ballot.

Ocasio-Cortez has amassed over 10 million followers on Twitter, not far behind Sanders' 13.6 million, guaranteeing maximum visibility and interaction with online users. A united front, Squad members also routinely retweet each other and highlight each other's work on social media.

These tactics paid off and not only were the Squad members re-elected in their districts, they will be joined by more progressives voices in the new Congress. Cori Bush from Missouri, and Jamaal Bowman and Mondaire Jones from New York, especially, have been tagged as future Squad members.

"The Squad is growing!", Omar tweeted after their wins. "Can't wait to cause good trouble and make huge progress in Congress with @CoriBush, @JamaalBowmanNY, @MondaireJones and all of our new progressive members!" 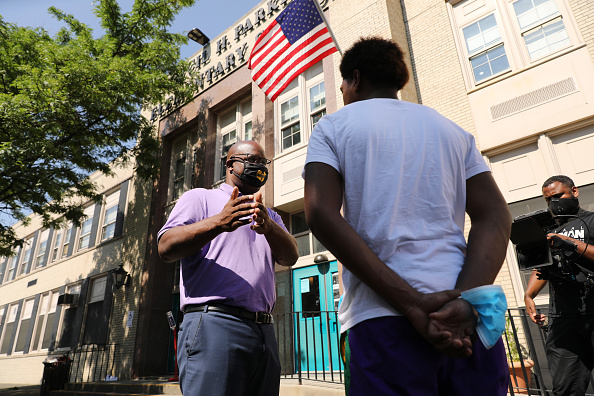 Bush, a nurse and single mother who helped organize protests in Ferguson following the police killing of Michael Brown in 2014, has spoken of being uninsured and of having to sleep in her car. Bowman, a public school principal, grew up in a housing project. Jones, an attorney and activist, will be one of the first two openly gay Black men elected to Congress.

All three, and others, ran on a progressive platform -- calling for universal healthcare, affordable housing, criminal justice and police reform, access to education and immigrants' rights -- and had endorsements from Sanders, the Squad and Elizabeth Warren, another prominent progressive in the Senate.

On their way to victory, they also defeated Democratic incumbents with decades in public office -- and backing from the party leadership -- signaling a generational change.

"I do think that our policy-making is informed by our lived experiences and that we get better policy outcomes when we have more people in office for whom policy is personal," Jones told CNN earlier this year.

Cracks were already appearing in the Democratic Party when Sanders ran for president in 2016, but after a disappointing election which will see the party's majority in the House shrink, the rift between moderates and progressives -- who had united behind Joe Biden during the presidential race in an effort to unseat Donald Trump -- is showing again.

Within days of the election, moderates were accusing the progressive wing of scaring off voters with talk of universal healthcare and defunding the police, costing them several seats. Trump himself repeatedly highlighted these issues during the campaign, railing about the "socialist" policies pushed by Sanders and his supporters and claiming they were "destroying the Democrat party."

Ocasio-Cortez quickly hit back: "Every single swing seat member that co-sponsored Medicare for All won their re-election, and so the conversation is a little bit deeper than just saying anything progressive is toxic," she told CNN, blaming moderate candidates instead for failing to campaign effectively online and in person, and blasting critics for "pouring gasoline" on tensions within the party.

Amid calls for Democrats to unite and progressives to fall in line, the Squad and their supporters have pointed out that efforts by people like Tlaib and Omar to boost turnout helped Biden win the presidency. 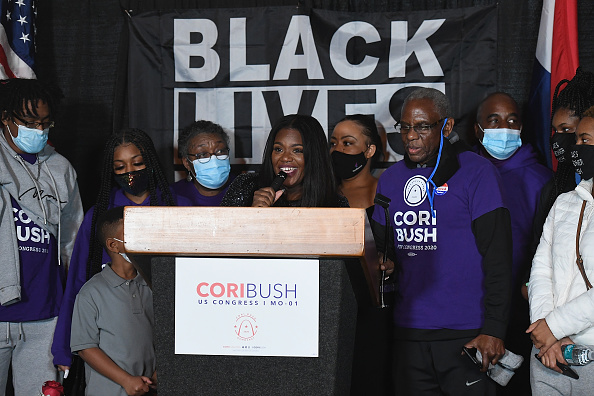 Now the priority for the incoming president should be not only to reach across the aisle and compromise with Republicans, but also to listen to the left wing of his own party and the voters they represent, they say.

"What we understood in this election was that we had one job, that one job was to get rid of Trump and to give ourselves the opportunity and the privilege to lobby the new administration on the policies that we know resonate with so many people," Omar told CNN over the weekend.

Voters approved ballot measures legalizing marijuana and raising the minimum wage, and polls have shown a majority of the population supports government-run healthcare and climate action.

"To me, this sends a message... to this upcoming administration that our policies are resonating with the American people. And if our big tent Democratic party wants to govern on behalf of all Americans we should have a seat at the table," said Omar.

Freshly-elected Cori Bush put it more bluntly: "We've waited on you to make a difference... But now we're saying, look, maybe you need a push," she told NPR. "I'm not going to back down on what I believe my community needs."