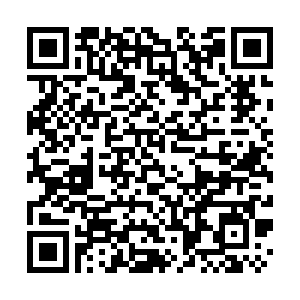 Public office holders pledging allegiance is a common practice adopted worldwide and the European Union (EU) should abandon double standards, said a spokesperson of the Chinese Mission to the EU on Friday.

The spokesperson made the remarks when replying to a question concerning comments by EU High Representative for Foreign Affairs and Security Policy Josep Borrell, who issued a statement on Thursday criticizing China for adoption of the decision on the qualification of members of the Legislative Council (LegCo) of the Hong Kong Special Administrative Region (HKSAR).

"No country, including those in Europe, will permit their public office holders, including lawmakers, to violate oath or betray their country. Those who break law must be held accountable. This is the fundamental principle of any society under the rule of law," said the spokesperson.

The Standing Committee of the National People's Congress (NPC) adopted the decision "in accordance with the relevant provisions of the Constitution of the People's Republic of China, the Hong Kong Basic Law and the Hong Kong national security law," said the spokesperson.

Stressing that it is a necessary step to uphold and improve the "One Country, Two Systems," implement the Basic Law and the Hong Kong national security law, and maintain the rule of law and constitutional order in the HKSAR, the spokesperson said the disqualification of certain lawmakers declared by HKSAR government in accordance with law based on the decision of the NPC Standing Committee demonstrates justice and sanctity of the rule of law.

"What I want to reiterate is that Hong Kong is a Special Administrative Region of China," said the spokesperson, stressing the issue of the qualification of HKSAR LegCo members is purely an internal affair of China, and that the EU should genuinely observe international law and basic norms governing international relations, respect the rule of law, abandon double standards and stop interfering in any format in China's internal affairs, including Hong Kong affairs.