The BRICS strengthens economic ties in the post-pandemic era
CGTN The 12th BRICS summit will be held virtually on Tuesday. The bloc is forging economic cooperation at a time when the COVID-19 pandemic has devastated the world economy.

The bloc set up the New Development Bank (NDB) in 2015 to finance infrastructure projects in the developing world. The Shanghai-headquartered bank has offered much needed assistance in reliving pandemic-induced economic pains.

"Given the fiscal constraints faced by most BRICS countries, the NDB, alongside other multinational development banks, has become a key instrument to complement the governments' limited resources to fight the pandemic," Maasdorp commented in a July blog post.

NDB repurposed its lending program in helping BRICS members fight the pandemic. The bank announced a $10 billion emergency assistance program, which allows fast track disbursements for COVID-19-related loans made as bullet payments within a month of approval. The loan would usually take several months to be disbursed for an infrastructure project.

More than 60 companies from the BRICS bloc showcased their products at the third China International Import Expo (CIIE), taking up exhibition area of nearly 4,000 square meters.

South African President Cyril Ramaphosa congratulated China for hosting the third CIIE, terming it an important event at a time when the world is embarking on the road to economic recovery. 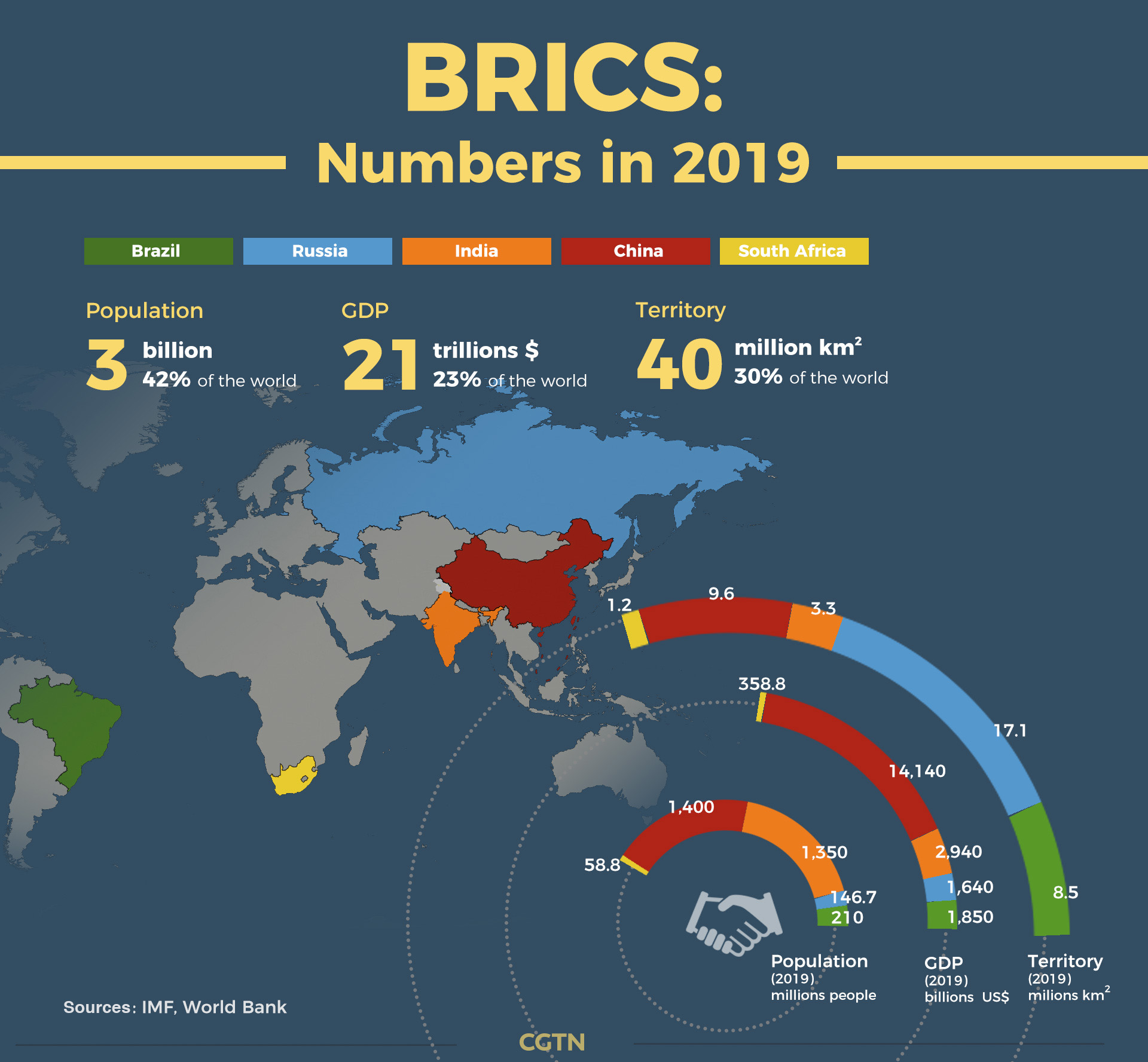 China reiterated that it will continue to open its vast consumer market to the world despite the pandemic. The country is embracing "Double Development Dynamic" strategy, indicating an economic development pattern that takes domestic development as the mainstay, with domestic and international development reinforcing each other.