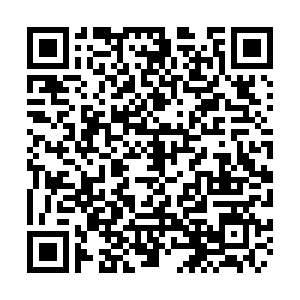 World leaders have sent out floods of congratulations to Joe Biden, projected winner of the 2020 U.S. Presidential election, 10 days after the Democratic candidate declared victory. On Wednesday, two allies of incumbent President Donald Trump joined the list: Indian Prime Minister Narendra Modi and Israeli Prime Minister Benjamin Netanyahu, despite the fact that Trump has yet to concede defeat.

Netanyahu had a "warm conversation" with Biden, according to a statement of Netanyahu's office. "The two agreed to meet soon to discuss the many issues that are pending and reaffirmed the need to continue to strengthen the strong alliance between the United States and Israel," the Israeli statement read.

Biden also spoke to India's Modi via phone call, in which the former vice president said he hoped to cooperate with Modi on common challenges including the COVID-19 pandemic, regional security, climate change and, in a delicate choice of words, on "strengthening democracy at home and abroad."

The Indian Foreign Ministry said Modi, for his part, called for cooperation on promoting access to affordable vaccines and also conveyed greetings to project vice president-elect Kamala Harris, whose mother was born in India.

Across the world in the Africa continent, South African President Cyril Ramaphosa - who's also the current chairman of the African Union - also extended his best wishes. We "are hopeful of a strong partnership between the United States and the African continent in promoting peace and stability in international relations and advancing multilateralism," Ramaphosa's office said in a statement late Tuesday.

The new round of calls signals the world's acceptance of a new U.S. leader, at a time when the sitting president is still pursuing a flurry of lawsuits challenging the election results.

Last week, Biden called Trump's refusal to concede "an embarrassment." "We're going to be going, moving along, in a consistent manner, putting together our administration, the White House, and reviewing who we're going to pick for the Cabinet positions, and nothing's going to stop that," he said last Tuesday.

Regardless of whether President Trump takes the result or not, Biden moves on. On Tuesday, the former vice president announced that he has appointed nine close campaign aides to key White House positions less than a week after naming his chief of staff Ron Klain, who is expected to be a key figure in the future Biden administration's response to the COVID-19 health crisis.

"America faces great challenges, and they bring diverse perspectives and a shared commitment to tackling these challenges and emerging on the other side a stronger, more united nation," Biden said in a statement.

The new appointees – some of the first among hundreds that Biden will name to the White House in the coming months – including his 2020 campaign manager Jen O'Malley Dillon being named deputy chief of staff. 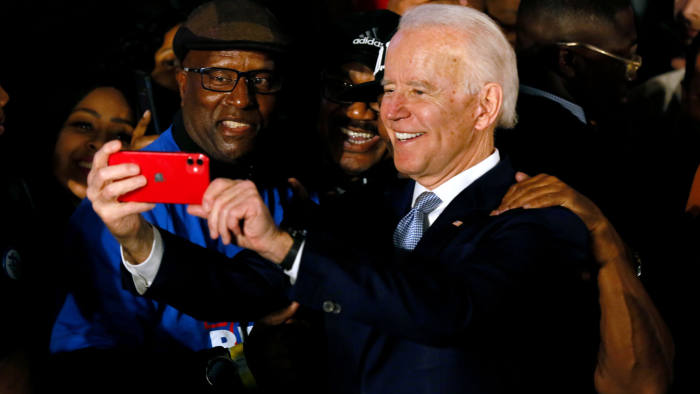 Biden takes a photo with a supporter in Columbia, South Carolina, February 29, 2020. /Reuters

Biden takes a photo with a supporter in Columbia, South Carolina, February 29, 2020. /Reuters

Biden has paid little public attention to Trump's unsubstantiated claims of voter fraud ever since he declared victory, and instead focusing on transition issues as he prepares to be sworn in on January 20.

Biden clinched victory last Saturday as he won a series of battleground states to exceed the 270 electoral votes needed in the state-by-state Electoral College that determines who wins the presidency. Biden also was winning the national popular vote by more than 5 million ballots, with a few states still counting votes.