On Wednesday, foreign ministers from Australia, Britain, Canada, New Zealand and the United States criticized the move, saying China's central government was trying to silence critics in Hong Kong and called on Beijing to reverse course.

They also said the move harms the "One Country, Two Systems" and violates the Sino-British Joint Declaration.

The Commissioner's Office of the Chinese Foreign Ministry has voiced strong opposition to the claims and denied curbing rights and freedoms in Hong Kong.

The office said requiring politicians to be loyal to their country is not unique to China or the HKSAR and is a recognized international practice common to all countries.

It also said the NPC Standing Committee's stands by its decision is to defend "One Country, Two Systems" and better implement the principles of "the people of Hong Kong governing Hong Kong" and a high degree of autonomy.

It urged these countries to stop the double standards and interfering in China's domestic affairs. 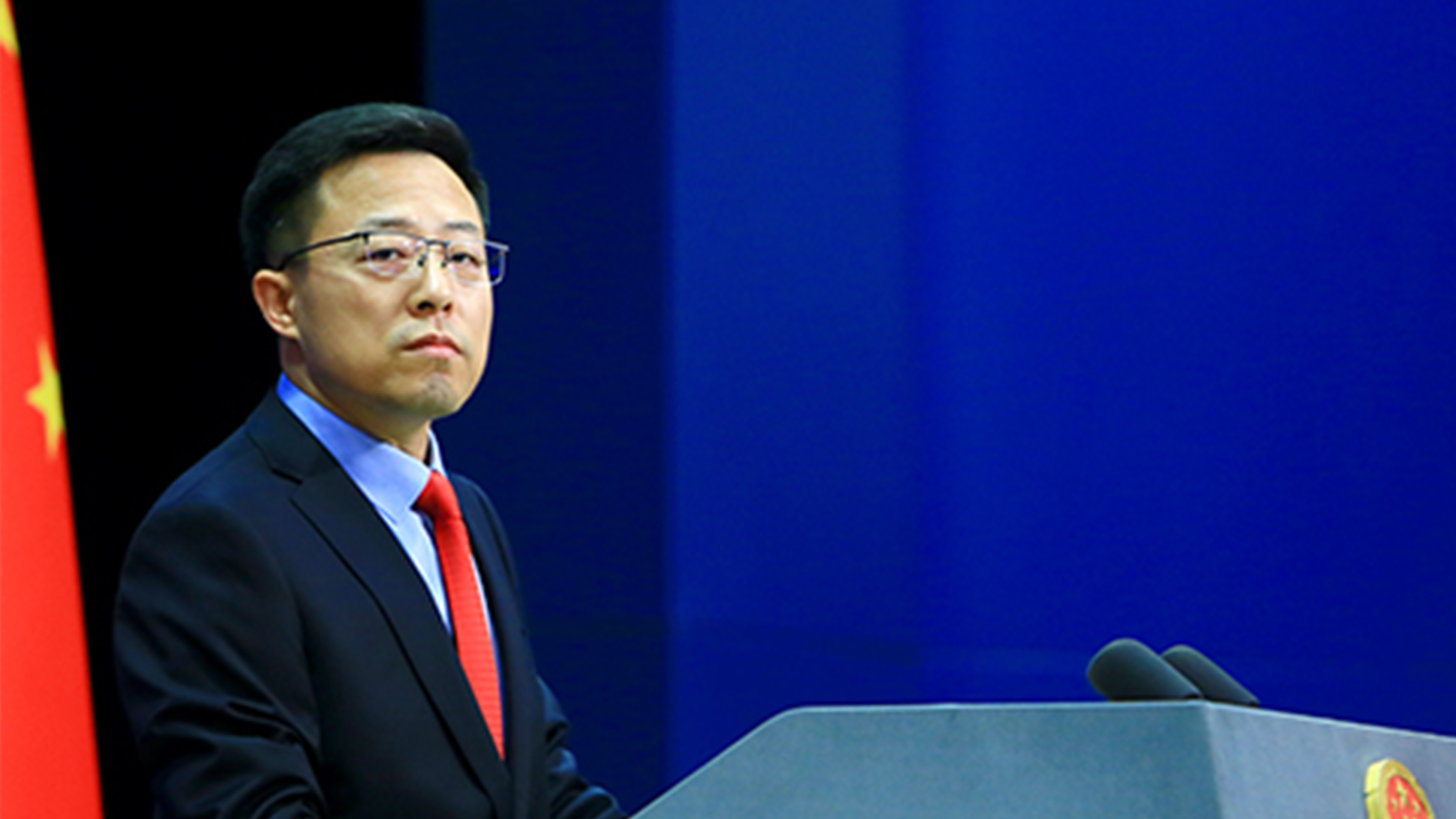 "We have repeatedly stated China's position on the relevant issues," Zhao said, accusing the five countries of interfering in China's domestic affairs.

The NPC's decision on the qualifications of the Hong Kong lawmakers is in accordance with the relevant provisions of the Constitution, Hong Kong's Basic Law, and the National Security Law for Hong Kong, he said

"This is necessary in order to uphold and improve 'One Country, Two Systems,' and it is also necessary for the maintenance of the rule of law and the constitutional order in Hong Kong. This is legal and reasonable and cannot be challenged," said Zhao.

In the UK, Foreign Minister Dominic Raab last week issued a statement describing China's action as a "clear breach" of the Sino-British Joint Declaration, an agreement reached between the two countries before Hong Kong's return to China. He promised to work with other countries to hold China to what he described as its "obligations."

China's embassy in the UK responded with a statement of its own accusing the UK of following a Cold War and anti-China agenda.

"It is completely wrong for a few countries, including the UK, to take the Sino-British Joint Declaration as an excuse time and again to accuse China of 'not fulfilling its international obligations,'" the statement said.