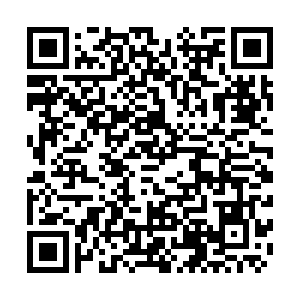 The International Monetary Fund (IMF) warned of a slowing momentum in global economy recovery as infection rates are still high in many parts of the world.

"While global economic activity has picked up since June, there are signs that the recovery may be losing momentum, and the crisis is likely to leave deep, unequal scars," said the IMF in a report for the November 21-22 G20 Leaders' Summit.

High unemployment rate and social distancing measures will continue to hold back momentum in the service sector, and surge in debt will add to challenges down the road, according to the report.

The report said policies should be focused on ending the crisis quickly and supporting a strong recovery through multilateral collaboration on the development, production, and distribution of therapies and vaccines, as well as extensive monetary and financial policies.

IMF Managing Director Kristalina Georgieva said in a blog that the resurgence in infections in many economies shows just how difficult and uncertain this ascent will be, and called for continued strong policy action.

She also said there is room for further fiscal support next year beyond what is currently budgeted. "For countries with limited fiscal space, it will be critical to prioritize and reallocate spending to protect the most vulnerable."

The IMF forecast a 2020 global contraction of 4.4 percent last month, and said China is the only economy in the world expected to see positive growth this year.

The IMF chief said they expect a partial and uneven recovery next year, with growth at 5.2 percent.

Although there have been major advancements in vaccine development, the speed of it still cannot keep up with the spread of the virus, which will lead to a series of crises, Liu Ying, Research Fellow of Chongyang Institute for Financial Studies, Renmin University of China, told CGTN.

The first crisis is the epidemic itself, the source of other crises. They include the economic crisis caused by disruptions in the industrial chain and supply chain, debt crisis (such as those in the travel and film industries), possible financial crisis triggered by economic and debt crisis – signaled by the four circuit breakers in U.S. stock market – as well as aggravated food, social and geopolitical crises, Liu said.

Liu said, for the next year, the economy recovery will be differentiated for countries around the world, which depends on the control of the coronavirus pandemic.

There could be a group of countries that enjoy positive growth if they quickly extinguish the second wave of the pandemic. For example, China has sustained rapid growth. The signing of the Regional Comprehensive Economic Partnership (RCEP) is also expected to drive regional economic growth for ASEAN countries. Otherwise, there would be downside risks for some countries, Liu said.

The upcoming G20 Summit provides a platform for countries to strengthen macroeconomic coordination, so fiscal and monetary policies targeted at pandemic control would be significant, Liu added.