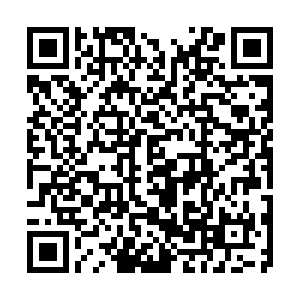 Later that day, the U.S. Department of Defense said the department received confirmation from the GSA Administrator in a statement on the website, and will "begin immediately implementing our plan to provide support in accordance with statute, DOD policy and the memorandum of agreement between the White House and the Biden-Harris team."

Biden's team welcomed the formal start of the transitional process.

"In the days ahead, transition officials will begin meeting with federal officials to discuss the pandemic response, have a full accounting of our national security interests, and gain complete understanding of the Trump administration's efforts to hollow out government agencies," Biden transition executive director Yohannes Abraham said in a statement.

The letter is the first step for the Trump administration to concede, more than two weeks after Joe Biden was declared the winner of the election.

In response, Trump tweeted that he was recommending Murphy and her team to "do what needs to be done with regard to initial protocols," and that he'd told his team to do the same.

He also mentioned that Murphy had been "harassed, threatened, and abused," implying that the letter was not written on her own accord.

Later, Trump made sure on tweet that his team is still working on legal cases to overturn the election results, and stressed he's not about to concede the election. 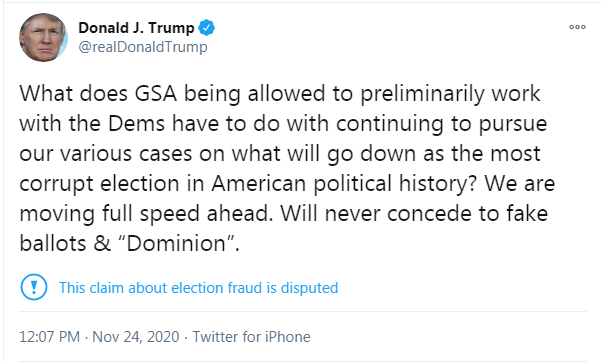 Murphy stressed that there is no pressure from the White House to delay the formal transition and she did not make a decision "out of fear or favoritism."

"Please know that I came to my decision independently, based on the law and available facts," Murphy wrote. "I was never directly or indirectly pressured by any Executive Branch official – including those who work at the White House or GSA – with regard to the substance or timing of my decision. To be clear, I did not receive any direction to delay my determination."

The move will allow the transition to officially begin, permitting current administration agency officials to coordinate with the incoming Biden team, and providing millions in government funding for the transition.

The ascertainment now opens Biden's team to government data, especially the COVID-19 vaccine distribution plans. The team now also has access to $6.3 million in government funding for the transition.

The Biden team has not waited for the formal transition process to begin preparing for the presidency, as Biden has announced several Cabinet picks over the past two days. 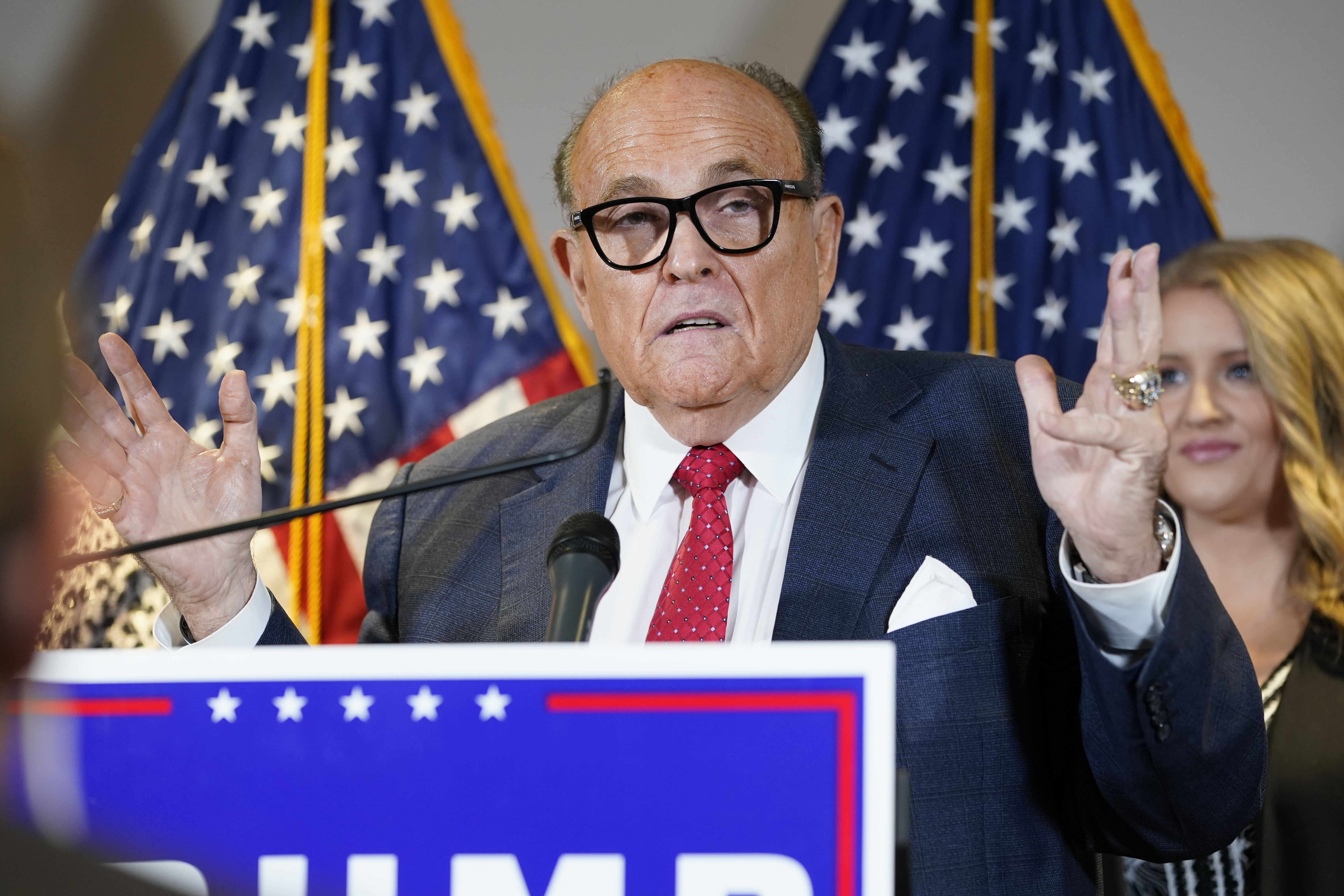 The administrator's letter came as Biden's victory in the state of Michigan was officially certified, a major blow to Trump.

This signals an end to Trump's languishing efforts to circumvent the outcome of the election, led by Rudy Giuliani.

Trump's legal team hasn't fully given up on reviving the long-shot challenge to the election result.

On Monday, Trump's legal team said it would continue its legal strategy to challenge the results of the 2020 presidential election after Michigan officials certified results showing that Biden had won their state.

"Certification by state officials is simply a procedural step," said Jenna Ellis, a legal adviser to Trump's 2020 campaign, in a statement. "We are going to continue combating election fraud around the country as we fight to count all the legal votes. Americans must be assured that the final results are fair and legitimate.”

In Georgia, another recount of votes will begin on Tuesday at 9 a.m. EST (1400 GMT), in response to a request from Trump's campaign, a state official said.

But the new recount is not expected to alter certified results that show Biden won the election, according to Gabriel Sterling, the Georgia official who oversees voting systems. The recount will be conducted by electronic scanners and ends on December 2.

Meanwhile, the campaign is appealing a scathing decision on Saturday from a lower court judge who rejected its claims of widespread problems with mail-in ballots in Pennsylvania.

In a filing with the third U.S. Circuit Court of Appeals in Philadelphia, the campaign said it never got a chance to litigate its "serious and well-founded claims" that Democratic officials schemed to ensure Biden's victory by counting potentially tens of thousands of defective mail ballots.

The campaign said U.S. District Judge Matthew Brann should review additional allegations it had dropped from the case.

It also said if it cannot prevent Pennsylvania's vote from being certified, the state's Republican-led legislature should choose the state's electors.

Even if Trump were ultimately awarded Pennsylvania's 20 electoral votes, he would still need to capture electoral votes in at least two other states that Biden won to claim a second term.