Crested ibis are again thriving in the wild
Zhao Ying 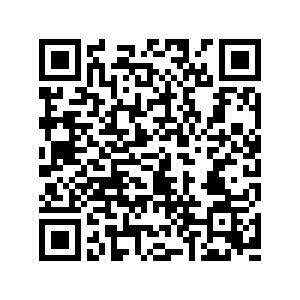 For conservationists, their greatest wish is to see the endangered species they protect thriving in the wild again. For China's guardians of crested ibis, their dream has come true in recent years. 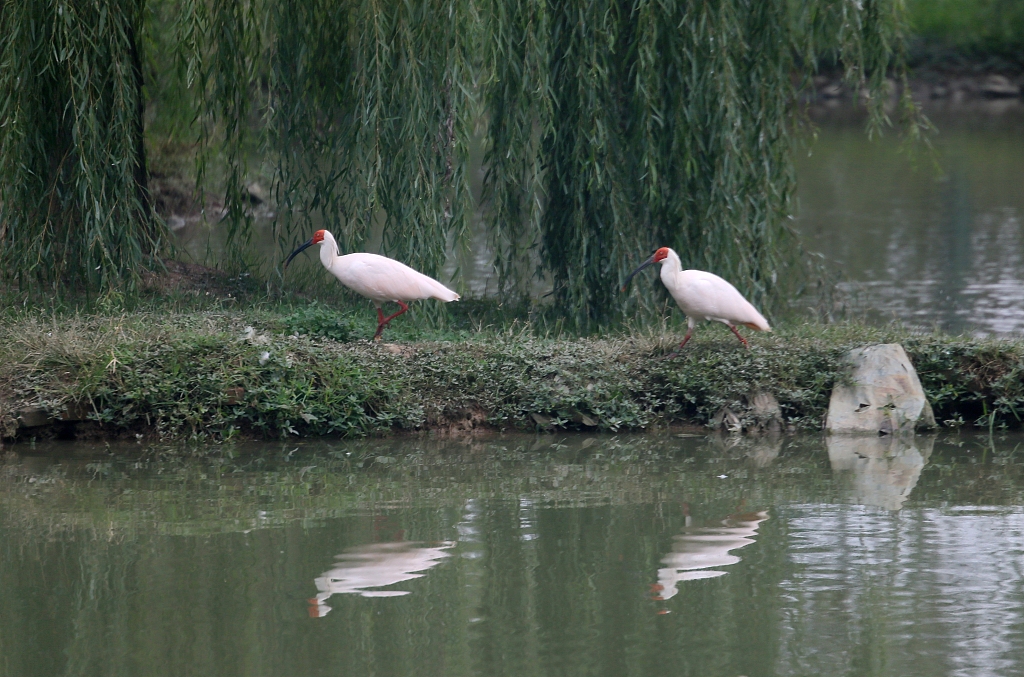 Ningshan County was the first to come to mind. The county in northwest China's Shaanxi Province was just about 100 kilometers away from Yangxian and has a similar environment. In the early summer of 2007, 26 captive-bred crested ibises were released into the wild for the first time outside the hometown.

A year later, the result was bittersweet. Six of them went back to the breeding base to receive more training due to their poor survival capacity. Five birds died in the wild due to attacks or natural disasters, and three disappeared. The rest, about only a half, became the first captive-bred group living independently in the wild.

The good news was that one couple in the group gave birth to three new lives in February 2008. Staff at the protection station treated these three cuties with great care, feeding and protecting them from falling off the trees and being eaten. After 25 days, the fledglings got a band as their "ID card" and had their own profile. 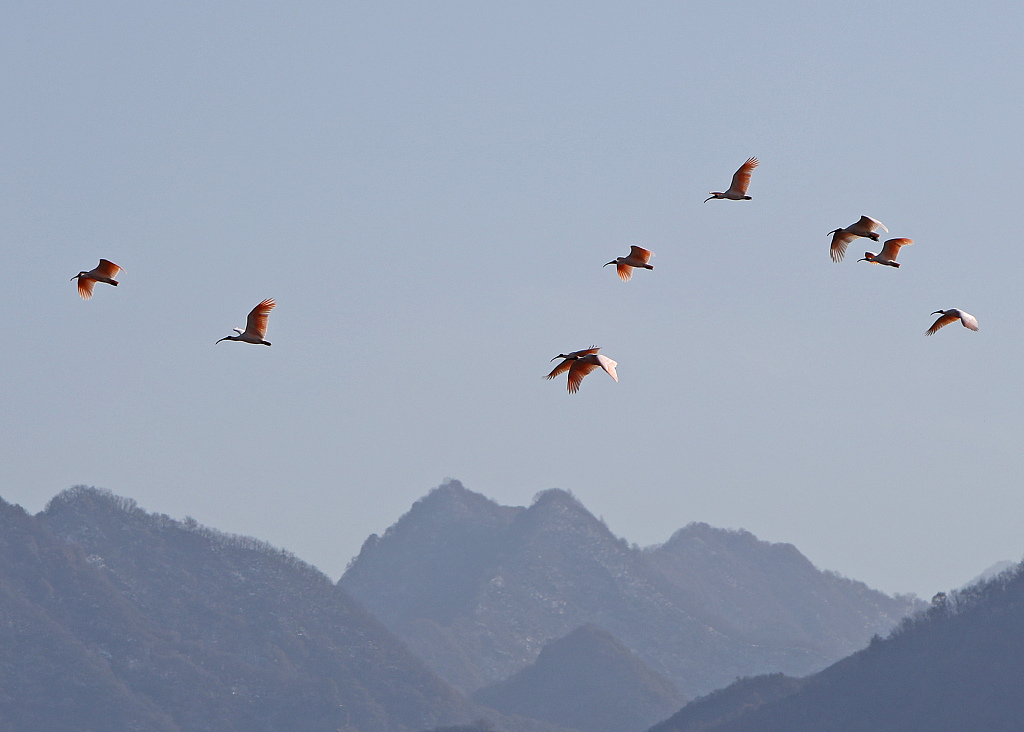 In December 2019, a flock of crested ibises were flying over the northern foot of the Qinling Mountains. /VCG

In December 2019, a flock of crested ibises were flying over the northern foot of the Qinling Mountains. /VCG

To make sure the released captive-bred group had enough space to expand its population, scientists suggested that the next release site should be at least 300 kilometers away from Yangxian County. In 2013, Tongchuan County in Shaanxi Province was chosen.

Though it is known as a "coal city," Tongchuan County has clear waters and open wetlands. Numerous lofty trees can be ideal places for crested ibises to build a home. The only worry for scientists was that the winter in Tongchuan was much colder than that in Yangxian. The frozen river would make birds short of food. The blizzards were also deadly.

No matter what obstacles laid ahead, bold scientists gave it a go. In April 2013, they built a "school" especially for training the crested ibises to get accustomed to life in the wild. Three months later, 32 crested ibises were released in Liulin forestry station, and 30 more in 2015. Up till now, the population of crested ibis in Tongchuan has grown from 62 to 105, passing the test of the chilly winter. 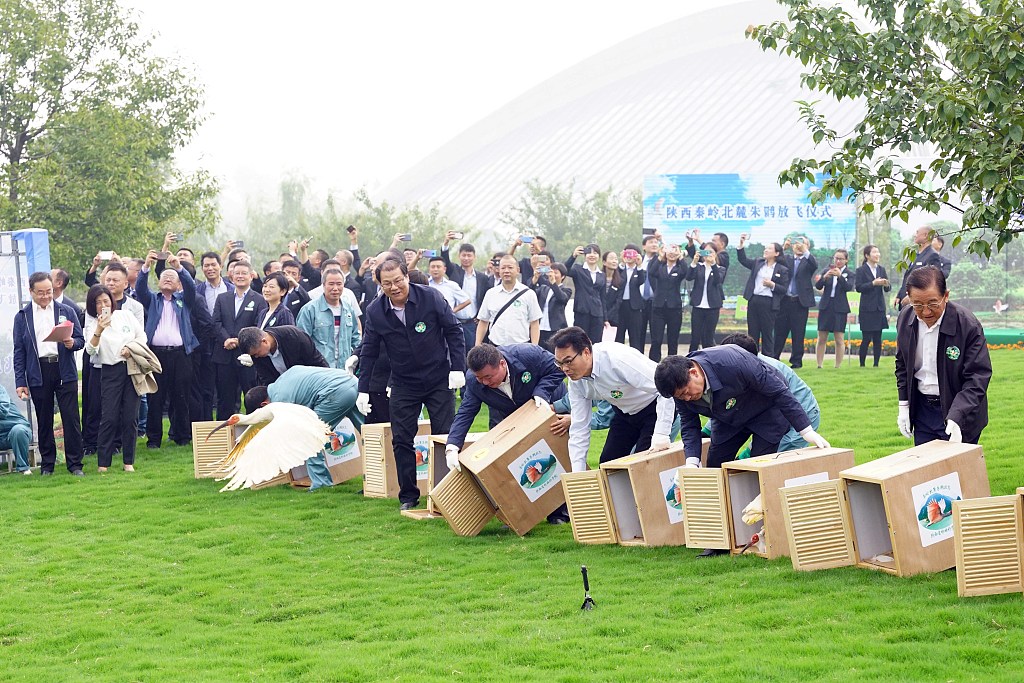 After persistent efforts of these guardians, the home range of the crested ibis has increased from less than five square kilometers in the 1980s to 15,000. The captive-bred group can not only be seen in Shaanxi Province, but also in Henan, Zhejiang, Sichuan provinces, and even in Japan and South Korea.

Many species on Earth went extinct because of environmental changes, evolutionary problems, habitat loss, or human activity. The disappearance of species from Earth is ongoing, but some species are lucky to survive thanks to conservation efforts. In this series, CGTN will guide you through the journey of saving these creatures from extinction.

From 7 to 4,400: The crested ibis conservation success story

A remarkable comeback: The captive breeding program of crested ibis

A man's story with the last seven crested ibises