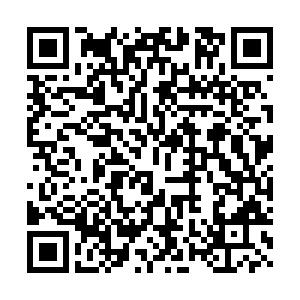 China's Chang'e-5 lunar probe successfully completed its second braking at 8:23 p.m. Sunday (BJT), entering a circular lunar orbit 200 kilometers above the moon and getting ready for the landing operation, according to the Lunar Exploration and Space Program Center of China National Space Administration (CNSA).

This follows its first braking one day earlier, which took place at a position about 400 kilometers above the moon and enabled it to be captured by the moon's gravitational field and fly in an elliptical lunar orbit.

The second braking brings it closer to the moon. Over the next week, the probe, composed of four parts – the orbiter, lander, ascender and Earth re-entry module – will perform multiple complicated tasks on a tight schedule.

The four parts will separate into two pairs. The lander and ascender will head to the moon and collect samples, while the orbiter and Earth re-entry module will continue to fly around the moon and adjust to a designated orbit, getting ready for the docking with the ascender.

The landing operation is expected in three days. Once touched down on the lunar surface, the lander will collect two kilograms of lunar sample.

It will shovel some surface material, drill a two-meter-deep hole and extract the soil from inside it, which will act as an archive of the moon, with the bottom recording information from a billion years ago, and the top more closely reflecting the present day.

Once the samples are secured, the ascender will take off from the lunar surface to transfer the moon samples to the re-entry capsule waiting in lunar orbit, which will then carry them back to earth.

The sampling work and the take-off of the ascender from the lunar surface need to be completed within 48 hours, according to Liu Jiangang, chief of the command team in Beijing.

This is China's first sample return mission and one of its most complicated and difficult space tasks by far. Only two other countries, the U.S. and the former Soviet Union, have brought samples back from the moon. If everything goes smoothly, it would be the world's first unmanned sample return in 40 years.

Launched at 4:30 a.m. on Tuesday, the Chang'e-5 probe has flown for five days. It completed orbital corrections on Tuesday and Wednesday, respectively, so as to keep on the right track.