OECD: Global GDP projected to rise by 4.2% in 2021, China to account for over a third of that growth
By Wang Tianyu 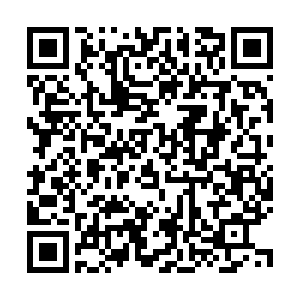 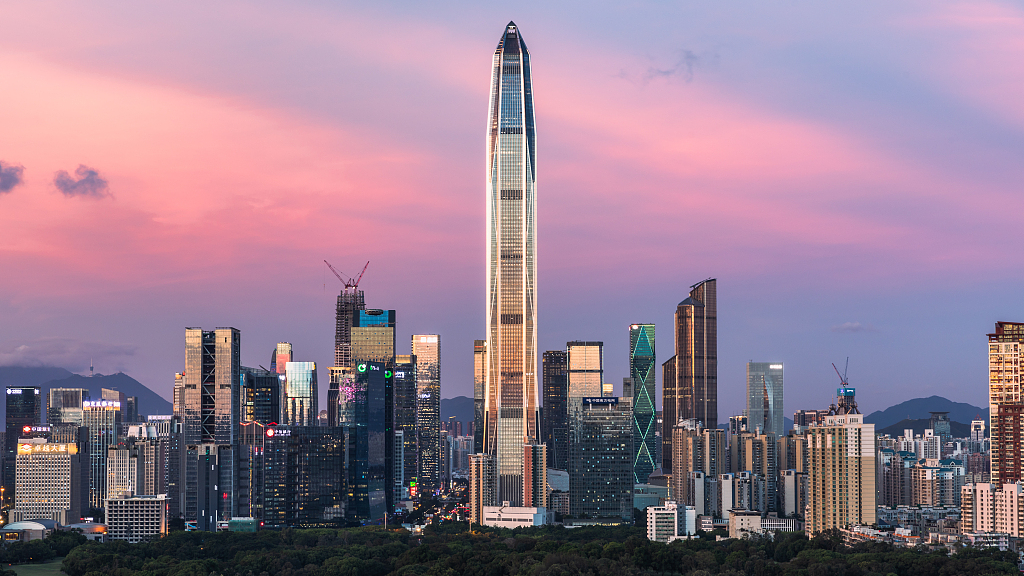 The global economy is projected to grow 4.2 percent next year with China expected to account for over a third of the growth, said the Organisation for Economic Co-operation and Development (OECD) in its latest Economic Outlook report on Tuesday.

After a second wave of infections knocked on Europe and the United States, the OECD downgraded the global economic growth again after it forcasted a 5-percent recovery in its interim report in September and 6 percent in its last economic outlook in June.

However, as Asian countries lead the global recovery and hope of vaccine rises, the Paris-based organization lowered the estimation of global contraction to 4.2 percent from 4.5 percent in September.

Read more: UK approves Pfizer-BioNTech's vaccine for use, first in the world

According to the report, China will be the only country to see a growth this year, at 1.8 percent, and will speed up to 8 percent in 2021. Its strong recovery will lead the overall global gross domestic product to pre-pandemic levels by the end of next year, said OECD in its report.

Last month, the International Monetary Fund also predicted that China would be the only economy in the world to show positive growth in 2020. 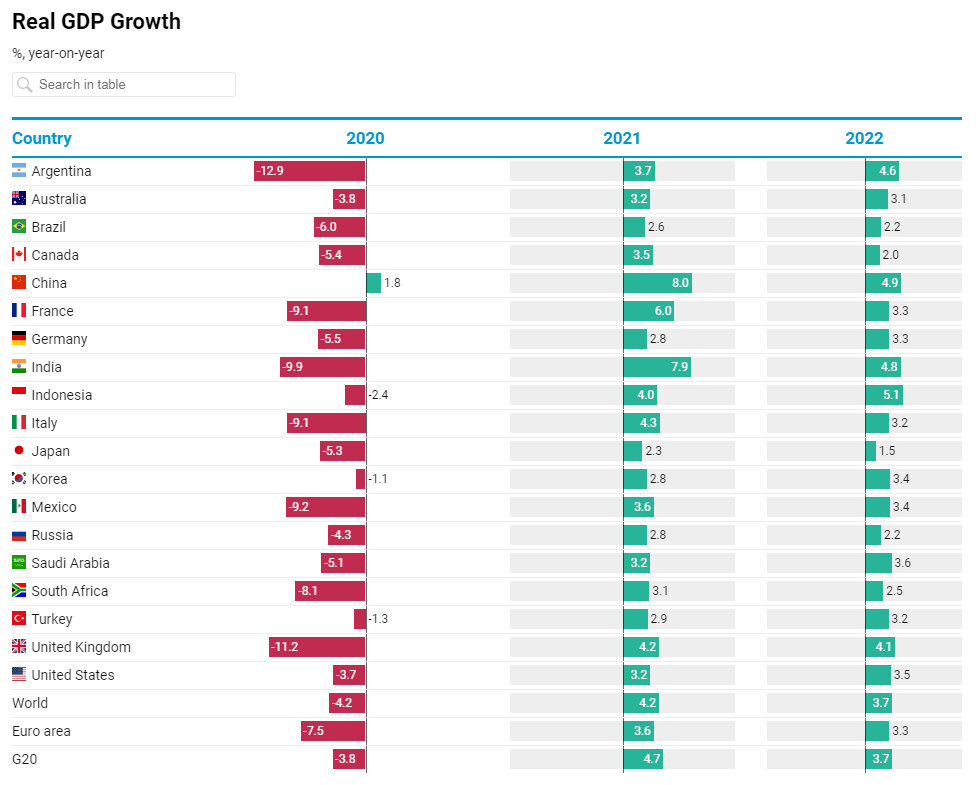 Among all the countries covered by OECD's research, Argentina and the UK are countries with the biggest economic downturns, seeing a double-digit decrease this year with negative 12.9 and negative 11.2 percent respectively.

All the countries will see a positive growth next year, and India will see a strong recovery of 7.9 percent, similar to China.

Output in many economies is expected to remain about 5 percent below pre-crisis levels in 2022, with China's easing to 4.9 percent. But Indonesia will catch up with the highest 5.1 percent growth.

Overall, OECD's outlook for the global economy is improving, but the "recovery will be gradual."

"We're not out of the woods. We're still in the midst of a pandemic crisis, which means that policy still has a lot to do," said OECD chief economist Laurence Boone. 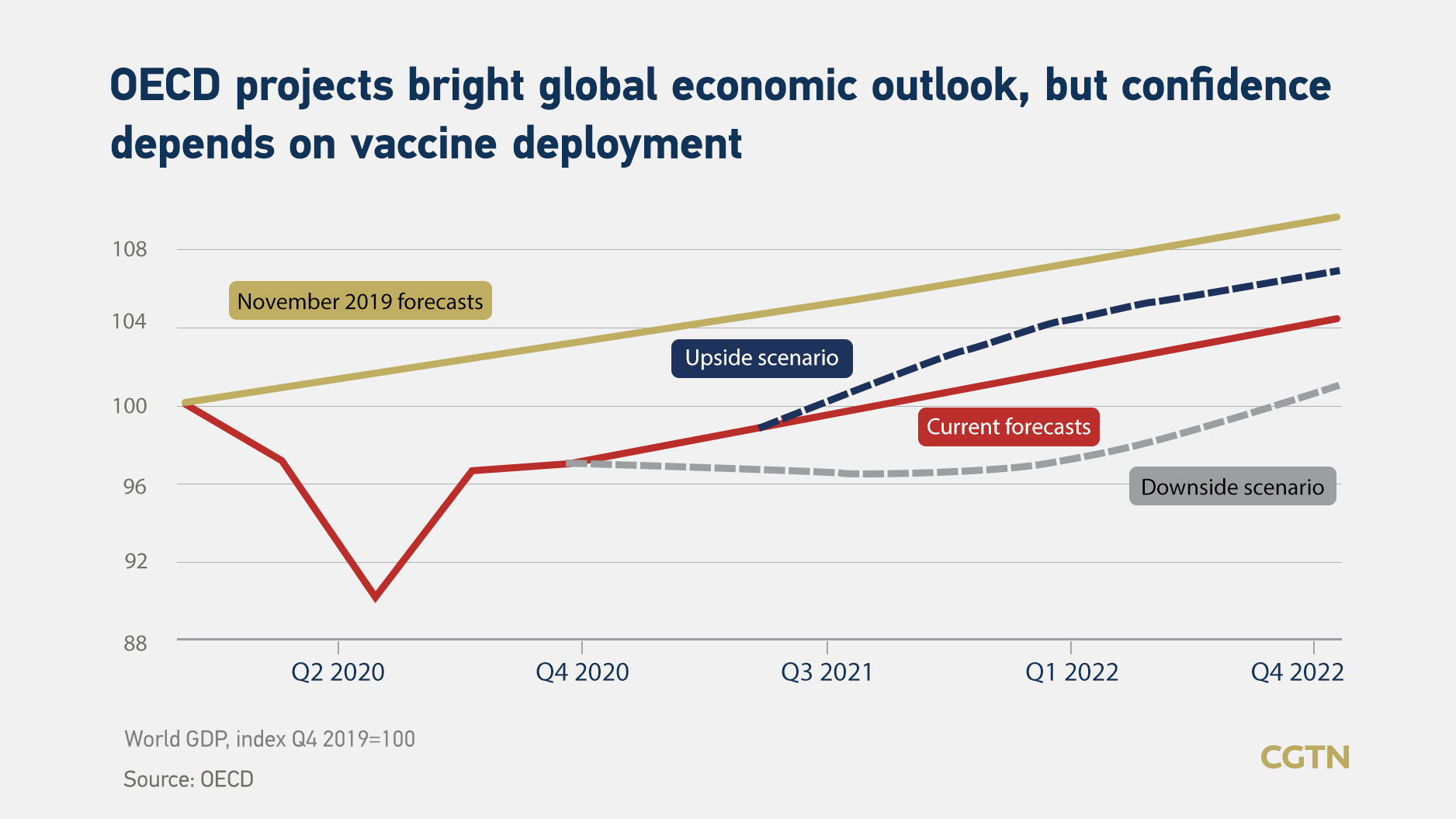 The risks might come from delays to vaccination deployment, difficulties controlling new virus outbreaks, and failure to learn lessons from the first wave, said the report.

The release of pent-up demand and accumulated savings may strengthen the rebound in the condition of vaccines becoming available faster and more widely, which will bring up the global growth to around 5 percent in 2021, per the OECD. While, on the other side, the global growth would be lowered by 2.75 percentage points.

"There is hope, but that hope needs to be turned into reality," said OECD's Secretary-General Angel Gurría while presenting the outlook with Boone. "The pandemic is a global problem. International co-operation is needed now more than ever."