Biden's 'diverse' foreign policy team, and what it means for China
Zeng Ziyi 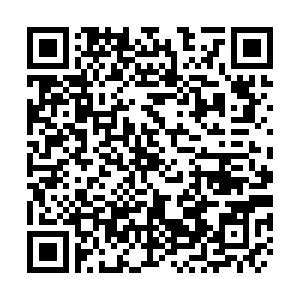 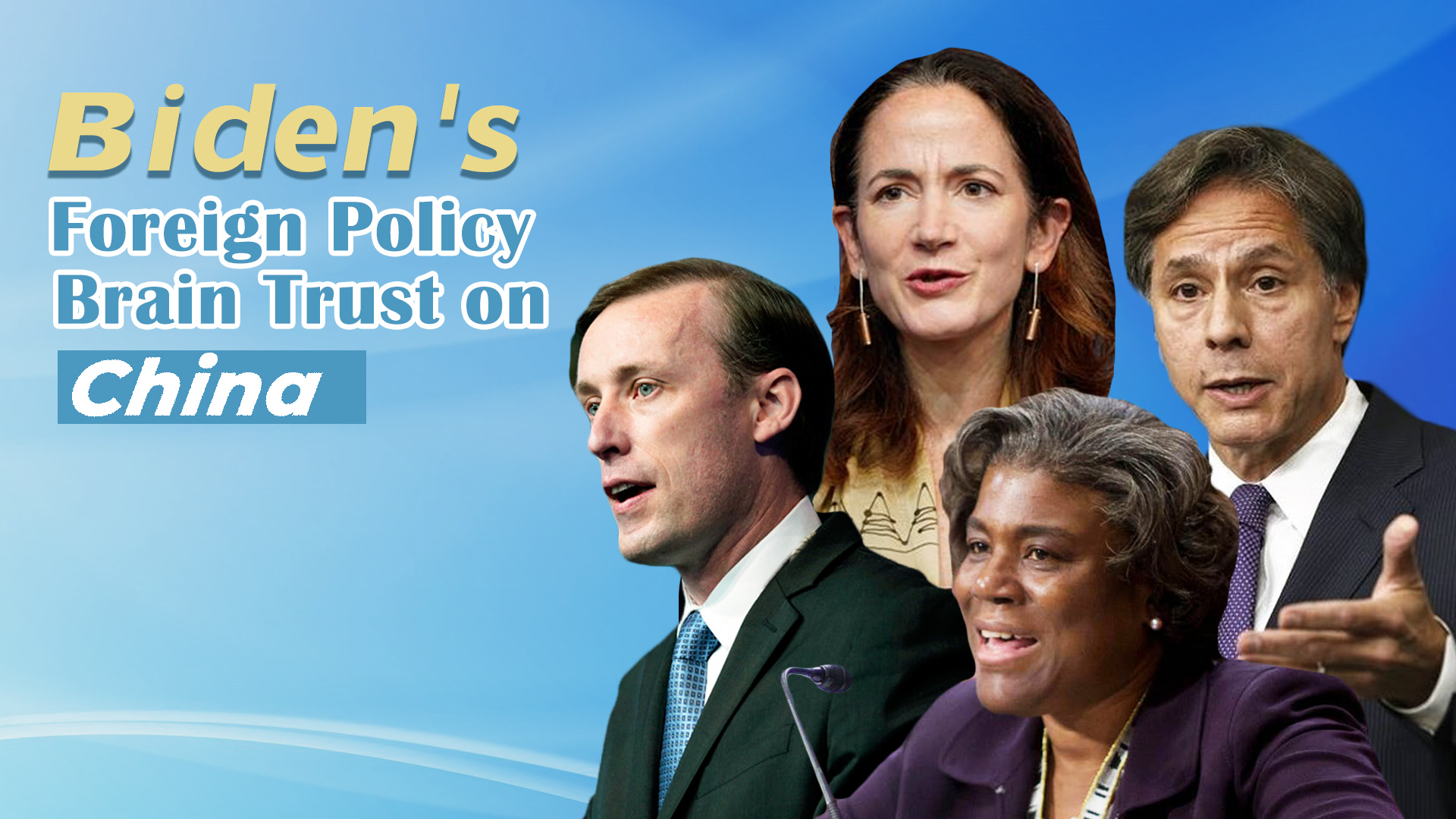 As the world anxiously watches the eventful wind down of Donald Trump's one-term presidency, a new U.S. administration under President-elect Joe Biden is quietly taking shape.

By December, Biden has announced several key Cabinet members who will likely wield considerable influence in setting the direction of U.S. foreign policy for the years to come. This band of elite policy makers includes Antony Blinken as secretary of state, Jake Sullivan as national security advisor, Avril Haines as director of national intelligence, and Linda Thomas-Greenfield as U.S. ambassador to the United Nations.

The pool of nominees, while still waiting to be confirmed by the U.S. Senate, has been lauded for its focus on diversity as in includes an unprecedented number of women and minorities.

Yet, the team is united by their understanding of China as a strategic rival and sees containing its rising influence as a priority. All four have served under President Barack Obama in various capacities and witnessed the implementation of the "rebalancing to Asia and Pacific" strategy which reallocated U.S. strategic resources to the region to counter China's rise.

Despite the considerable challenges they will likely pose to China, Chinese analysts see Biden's team as a pragmatic and experienced band whom Chinese leaders could work with. 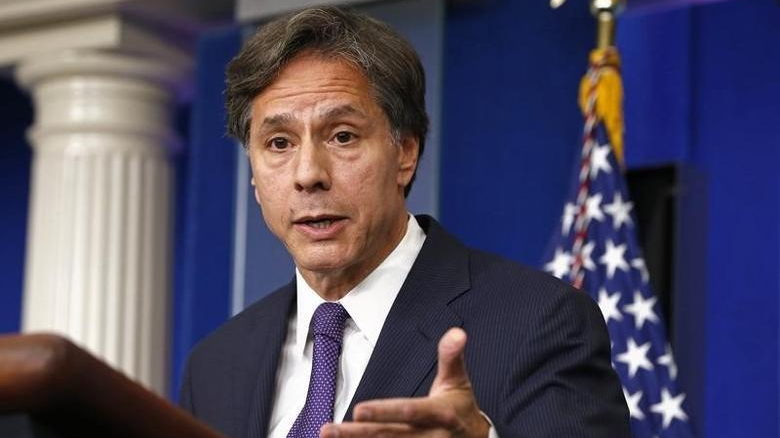 Antony Blinken for secretary of state

Blinken has served as Biden's foreign policy advisor for nearly 20 years, since his time as chair of the Senate Foreign Relations Committee.

As part of the Democratic foreign policy establishment throughout his career in government, he has shown liberal inclinations on social issues but hard interventionist tendencies when it comes to foreign policy. Blinken was enthusiastic about the U.S.' role in Iraq, Libya and Syria.

Chinese analysts see Blinken as more mature and experienced than incumbent U.S. Secretary of State Mike Pompeo, whose hardcore Cold-War mentality has caused bilateral relations to dip to the lowest point in history.

He has called President Trump's trade negotiations with Beijing a "debacle" and said fully decoupling with Beijing, as pushed by the current president, "unrealistic."

"With Blinken being secretary of state, there is room for cooperation on climate change, public health and in containing the COVID-19 pandemic, while competition exists between the two nations in setting regional and international orders," said Wang Yong, director of the Center for American Studies at Peking University in Beijing. 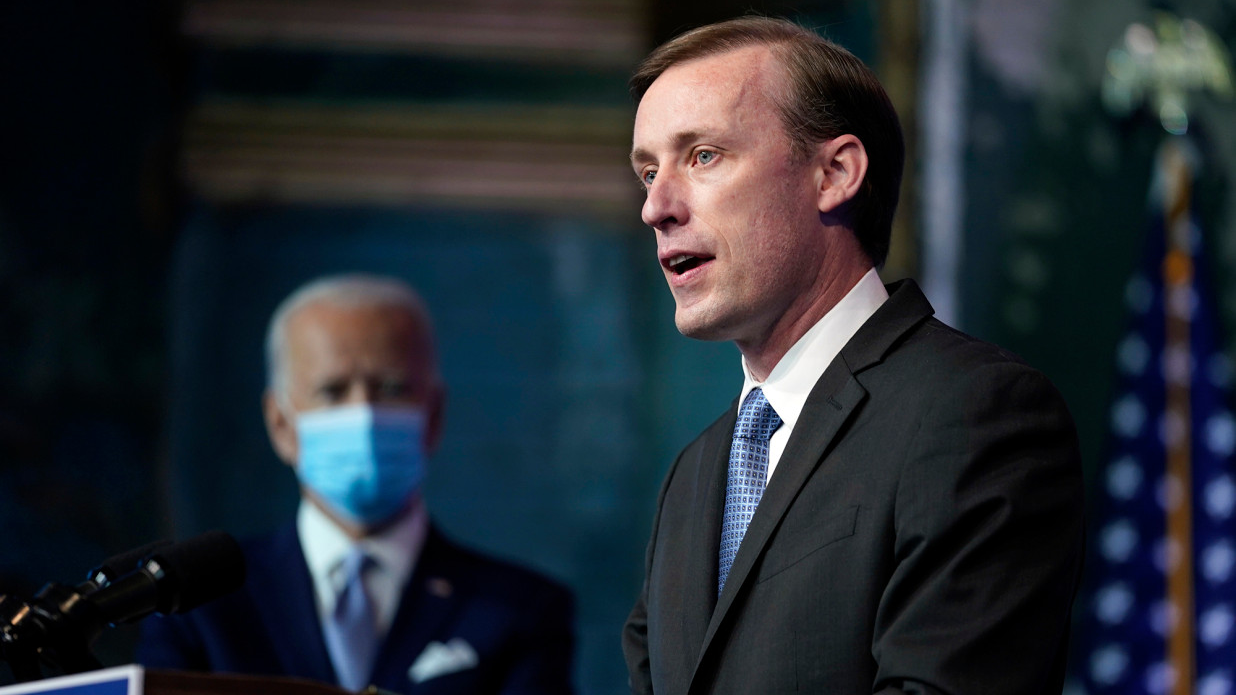 As top foreign policy official to Hillary Clinton and Barack Obama, Sullivan's most notable work experience include working the back channels with Iranian officials in the Iran nuclear negotiations.

This experience could serve as very useful in his role as national security advisor especially in dealing with China, according to Lyu Xiang, a research fellow on U.S. affairs at the Chinese Academy of Social Sciences in Beijing.

In an analysis published in May, Sullivan laid out two paths that China could take to "contest America's global leadership." The first is to build regional primacy as a springboard to global power, which is similar to the journey that the U.S. itself once took. The other focuses on "outflanking" the U.S. alliance system by developing economic and political influence on a global scale.

Regardless of which road China might take, U.S. foreign policy architects must realize the the very high possibility that the runner-up is looking to place first in the years to come. To counter this, Sullivan has taken a hardline view that focuses less on engagement.

"We should premise our policy not on our expectation or hope that China's going to change its domestic policy, but rather on what we need to do irrespective of the decisions in Beijing," Sullivan said in late 2019 during an episode of the "China Talk" podcast. 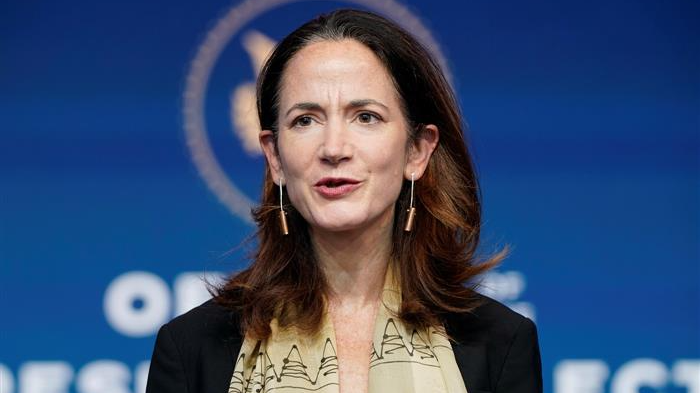 Like Blinken, Haines is a veteran in the Democratic Party's foreign policy establishment and worked as the deputy national security advisor under Obama.

"I hope that the United States is capable of exercising the kind of leadership that allows us to cooperate with China where we should, to push back where we should but also for China to grow in a place that makes sense for China," Haines said during a web forum hosted by the Columbia Business School in May.

"There should be some mutual respect in this context, and that is the future I'd like to see." 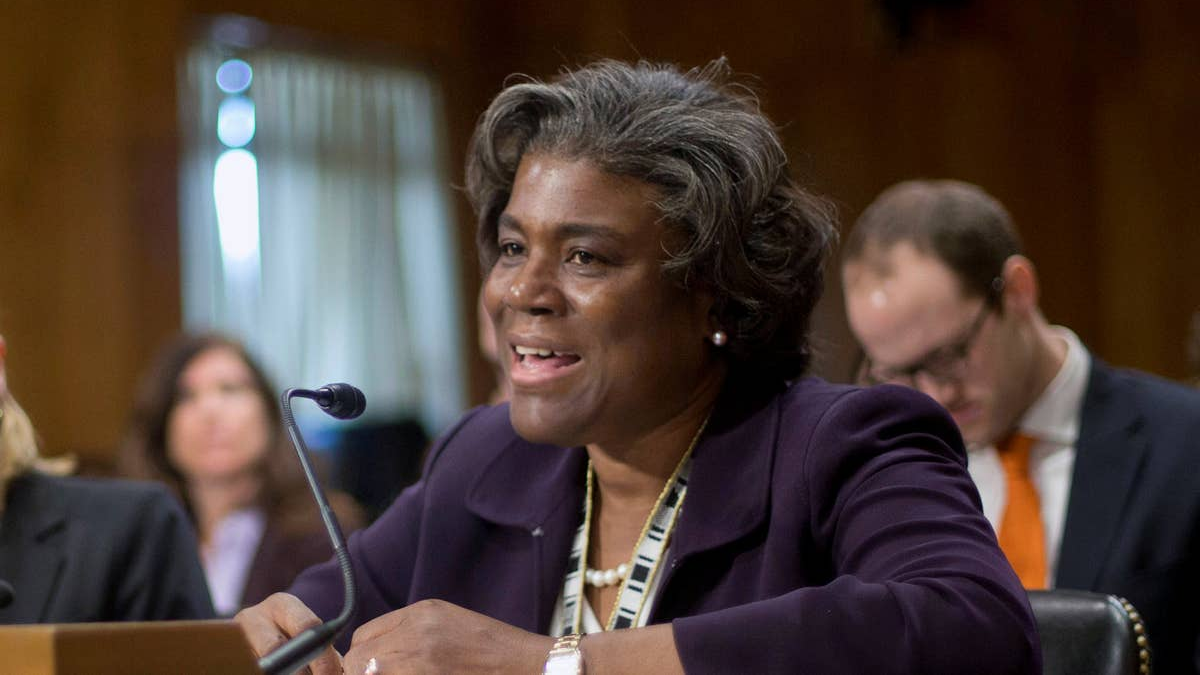 As experts have pointed out, Biden is sending a clear signal of reengagement with international institutions by picking Thomas-Greenfield.

If confirmed, she would be the first African American to head the U.S. mission to the United Nations.

"America is back. Multilateralism is back. Diplomacy is back," Thomas-Greenfield said after her appointment.

Thomas-Greenfield, a veteran diplomat, could use the UN as leverage to pressure Beijing on a range of issues including international disputes such as the one in the South China Sea. 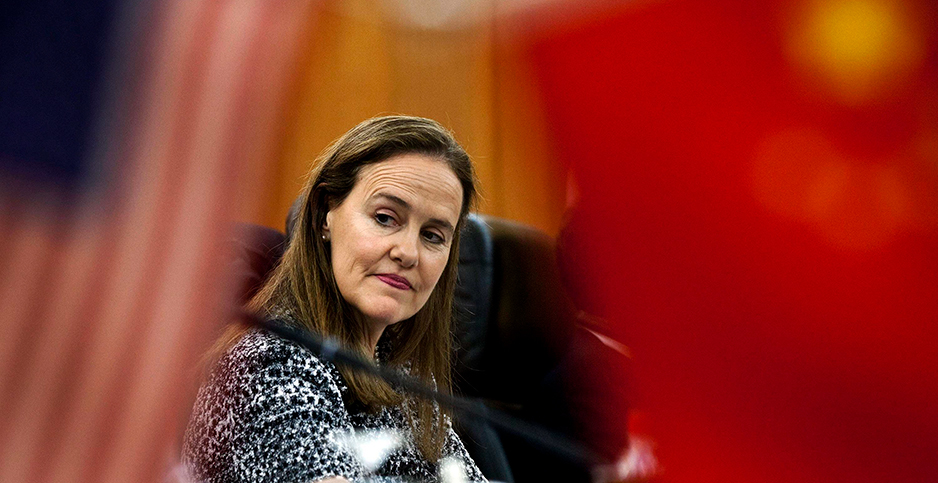 Still yet to be announced is Biden's pick for secretary of defense.

Michèle Flournoy, who served as under-secretary of defense under Obama, has been regarded as the leading contender.

When it comes to opinions on China, Flournoy does not hide her hawkishness.

In an article published in Foreign Affairs magazine in June, Flournoy floated the idea of sinking "all of China's military vessels, submarines, and merchant ships in the South China Sea within 72 hours."

"The fact that Biden has not made up his mind suggests that he has second thought about Flournoy," said Lyu. He added that her extensive connections with U.S. weapons manufacturers and her hostile attitude toward China could jeopardize her chances of being selected.