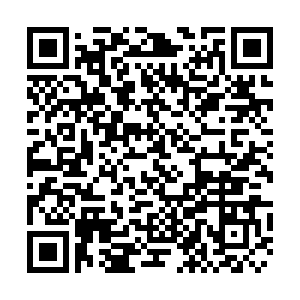 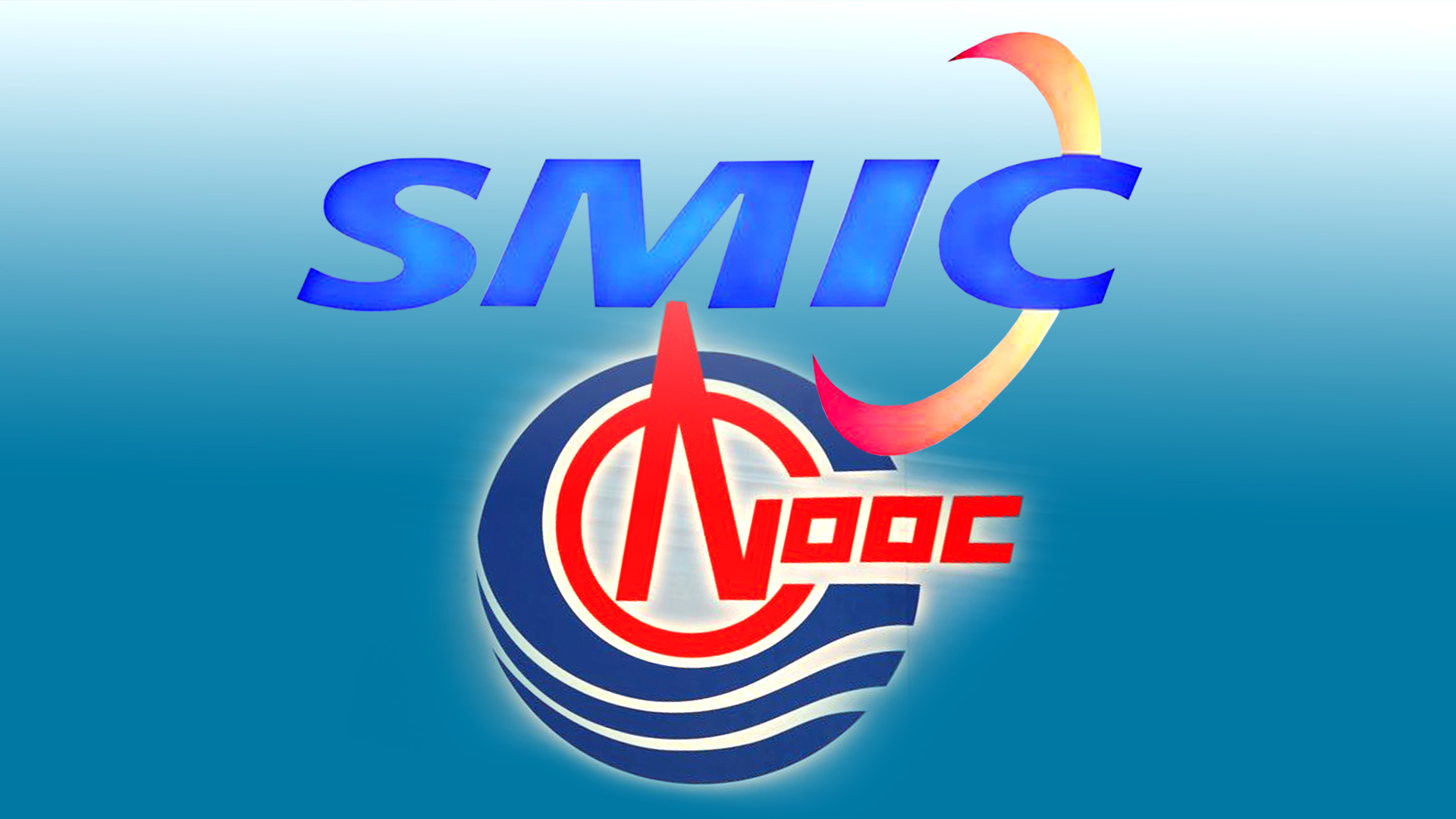 China on Friday strongly opposed the United States to unprovoked oppression of its companies and asked America to stop abusing the concept of national security after the Trump administration added SMIC and CNOOC to a defense blacklist.

"What the United States has done seriously violates the market competition principles and international economic and trade rules," foreign ministry spokeswoman Hua Chunying told a regular briefing, adding that "It will severely harm the U.S. interest and image."

The move brings the total number of companies blacklisted to 35. While the list did not initially trigger any penalties, a recent executive order issued by U.S. President Donald Trump will prevent U.S. investors from buying securities of the blacklisted firms starting late next year.

In a stock market statement, SMIC said it strongly opposed the decision, which reflected a fundamental misunderstanding by the U.S. administration of the end-uses of its business and technology.

"The Company's services and product are all for civilian and commercial end-uses and are not involved in any military application," SMIC clarified in its statement.

The company also said there was no major impact from its addition to the list. Its Hong Kong shares closed Friday down 5.4 percent after having resumed trading in the afternoon following a suspension.

CNOOC Ltd, the listed arm of CNOOC, said in an exchange filing that it is assessing the impact of the situation on the group and will closely monitor relevant follow-up developments. 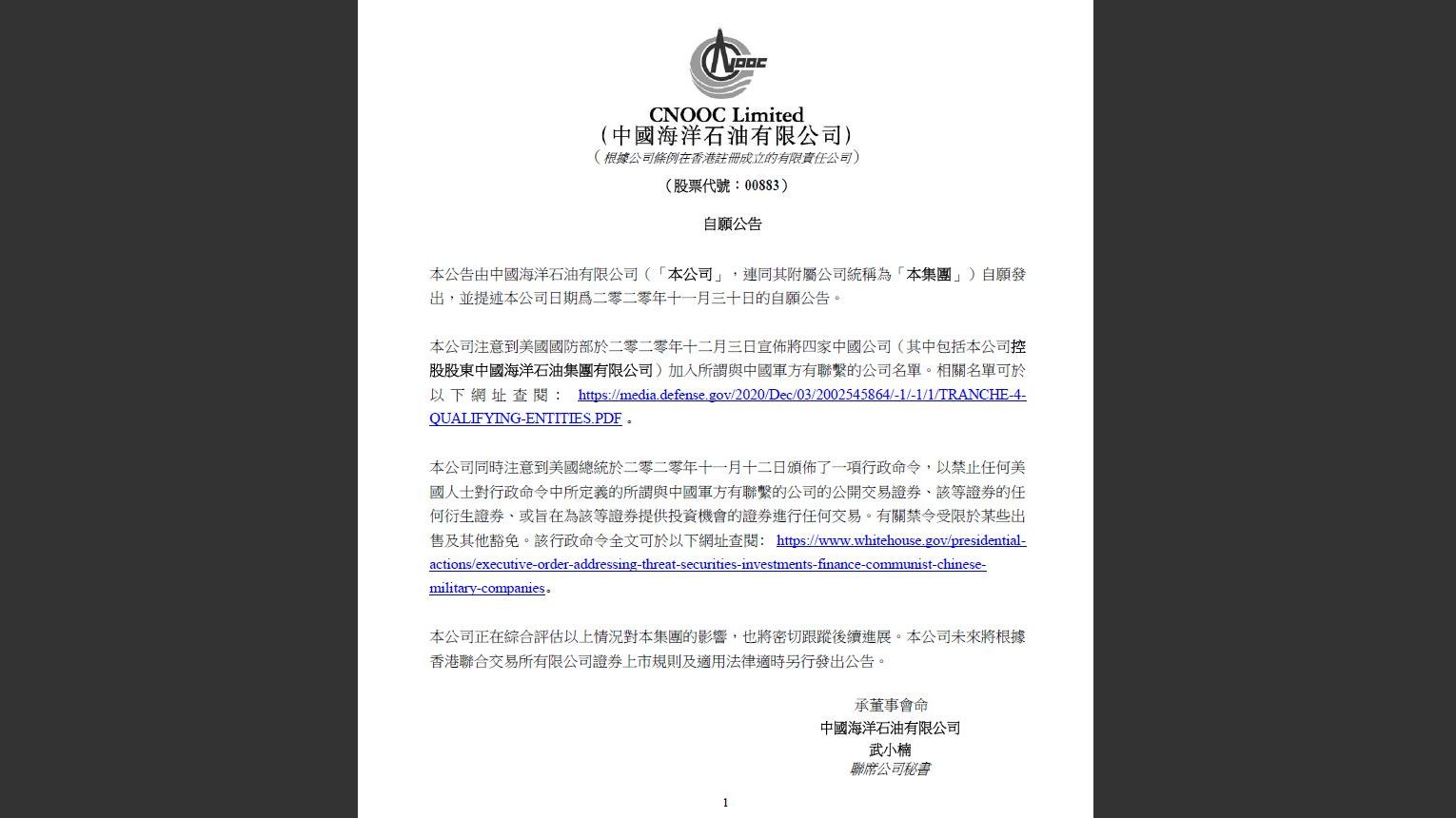