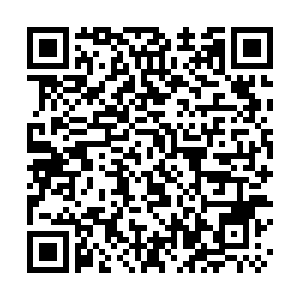 Global Political Calendar for the coming week: The 14th ASEAN Defence Ministers' Meeting (ADMM) and the seventh ADMM Plus will be held online, the world marks the World Human Rights Day, and the EU holds a two-day summit.

Another chance for ASEAN countries in cooperation

Member states of the Association of Southeast Asian Nations (ASEAN) will hold the 14th ADMM and the seventh ADMM Plus via video, with main topics to address enhancing practical defense cooperation and fighting against COVID-19 among ASEAN member states.

Vietnam said that the meetings are the most important events among the regional defence-military activities during the ASEAN Chairmanship Year 2020 and other activities such as a ceremony marking the 10th anniversary of the ADMM Plus. The hand-over of the ADMM and ADMM Plus Chairmanship to Brunei will also be held during the occasion.

The ADMM is the highest defence consultative and cooperative mechanism in ASEAN and the ADMM-Plus is a platform for ASEAN and its eight Dialogue Partners, namely Australia, China, India, Japan, New Zealand, ROK, the Russian Federation and the United States, to strengthen security and defence cooperation for peace, stability, and development in the region.

Practical cooperation in the ASEAN defence sector has grown steadily since its inception in 2006 in the areas such as maritime security, counter-terrorism, peacekeeping operations, humanitarian assistance and disaster relief, military medicine, and defence industry.

December 10 marks World Human Rights Day, and the United Nations has declared the theme this year to be "Standing Up for Human Rights."

Human Rights Day is observed every year on 10 December — the day the United Nations General Assembly adopted, in 1948, the Universal Declaration of Human Rights. Human rights are at the heart of the UN's Sustainable Development Goals.

Human Rights Day, 70 years of standing up for the rights of all

This year's theme relates to the COVID-19 pandemic and focuses on the need to re-build by ensuring human rights are central to recovery efforts.

"10 December is an opportunity to reaffirm the importance of human rights in re-building the world we want, the need for global solidarity as well as our interconnectedness and shared humanity," the UN said on its website.

Tuesday: Liberia holds its constitutional referendum along with special senatorial election and two by-elections for the House of Representatives simultaneously.

Saturday: United Nations Secretary-General Antonio Guterres marks the fifth anniversary of the signing of the Paris agreement by convening a global climate summit with Boris Johnson.

Sunday: China marks the 83th anniversary of Nanjing Massacre on the National Day of Remembrance.