What's going on in space besides China's Chang'e-5 mission?
CGTN 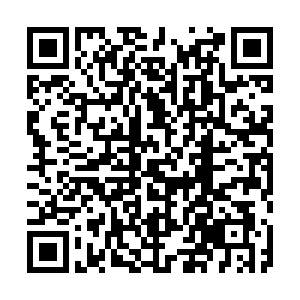 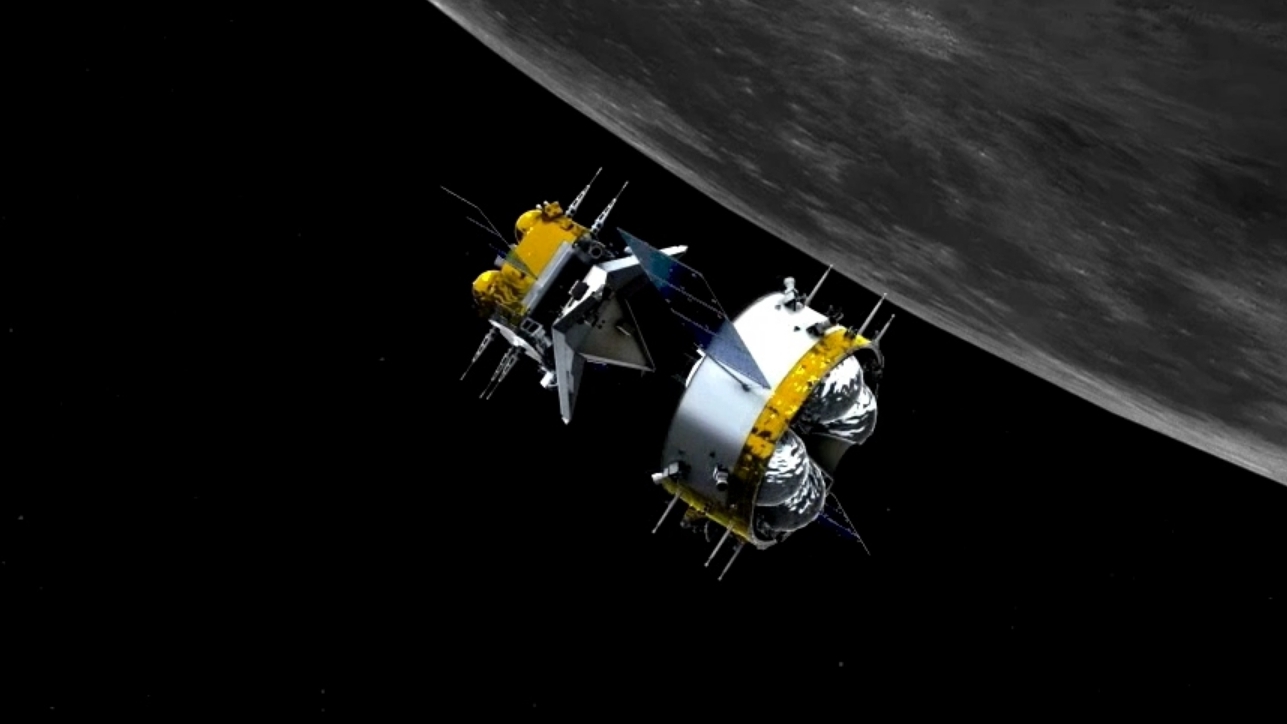 After the orbiter-returner of China's Chang'e-5 probe separated from the ascender on Sunday, the returner is expected to return to Earth with lunar samples in the middle of this month.

Launched on November 24, the probe successfully landed on the near side of the moon after about a week's flight. The mission has carried out the country's first unmanned rendezvous and docking in the lunar orbit.

Once completed, the probe will become part of the world's first unmanned sample return mission from the moon in 40 years.

In addition the much-anticipated Chang'e-5 mission, space programs across the world are also reaching new heights. 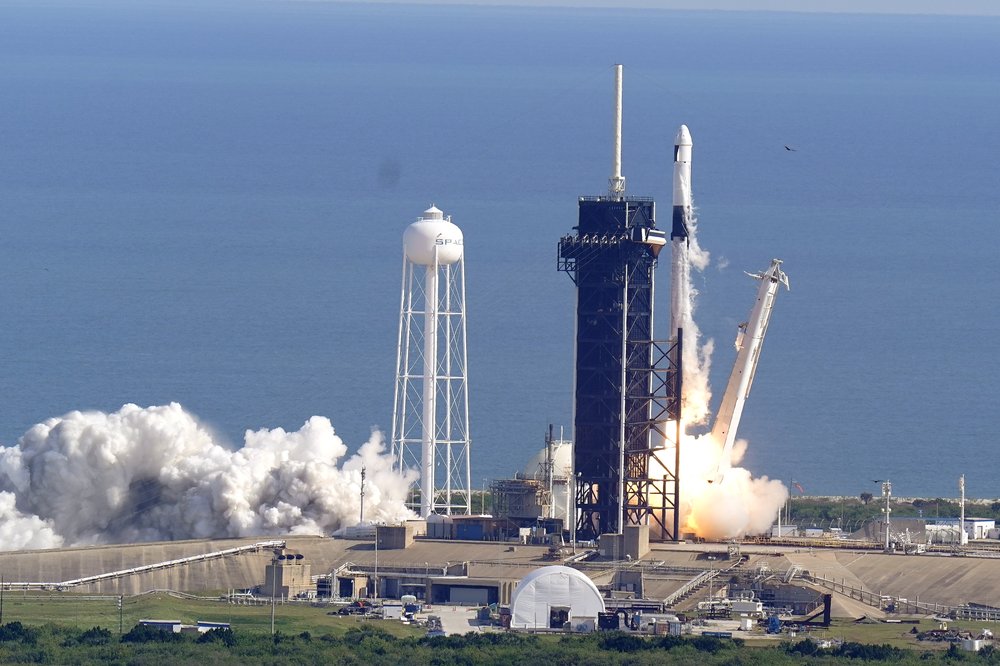 A SpaceX Falcon 9 rocket on a resupply mission to the International Space Station lifts off from pad 39A at the Kennedy Space Center in Cape Canaveral, Florida, December 6, 2020. /AP

A SpaceX Falcon 9 rocket on a resupply mission to the International Space Station lifts off from pad 39A at the Kennedy Space Center in Cape Canaveral, Florida, December 6, 2020. /AP

SpaceX launched a newer, bigger version of its Dragon supply ship to the International Space Station on Sunday, marking the first time the company has two capsules in orbit at the same time.

Packed with Christmas treats and presents, the Dragon was launched onboard the company's Falcon 9 rocket from the Kennedy Space Center. It should reach the space station on Monday, joining the Dragon that delivered four astronauts last month.

With NASA's commercial crew program officially under way, SpaceX expects to always have at least one Dragon capsule at the space station.

The 6,400-pound (2,900-kilogram) shipment includes billions of microbes and crushed asteroid samples for a biomining study, a new medical device to provide rapid blood test results for astronauts in space, and a privately owned and operated chamber to move experiments as big as refrigerators outside the orbiting lab. Forty mice also are flying for bone and eye studies, two areas of weaknesses for astronauts during long space stays.

This updated cargo-carrying model – as large as the SpaceX crew capsule – will dock to the orbiting lab by itself. Previous SpaceX cargo ships needed the station's robot arm for anchoring.

The capsule will remain at the space station for about a month as usual before undocking with experiments and old equipment, and splashing into the Atlantic. That's another change from SpaceX's older cargo ships, which parachuted into the Pacific. Returning closer to Cape Canaveral will save recycling time.

This is SpaceX's 21st station supply run for NASA since 2012, and the 68th successful booster landing by SpaceX.

The rival of Space X – Jeff Bezos' space company Blue Origin, is aiming at sending the first woman to the lunar surface with its BE-7 engine, the billionaire said on Friday as NASA nears a decision to pick its first privately built lunar landers capable of sending astronauts to the moon by 2024.

The BE-7 engine, which Blue Origin has been developing for years, has tallied 1,245 seconds of test-fire time and will power the company's National Team Human Landing System lunar lander.

The company leads a "national team" as the prime contractor that it assembled in 2019 to help build its Blue Moon lander, and is competing with SpaceX and Dynetics to win a contract to build NASA's next human lunar landing system to ferry humans to the moon in the next decade. 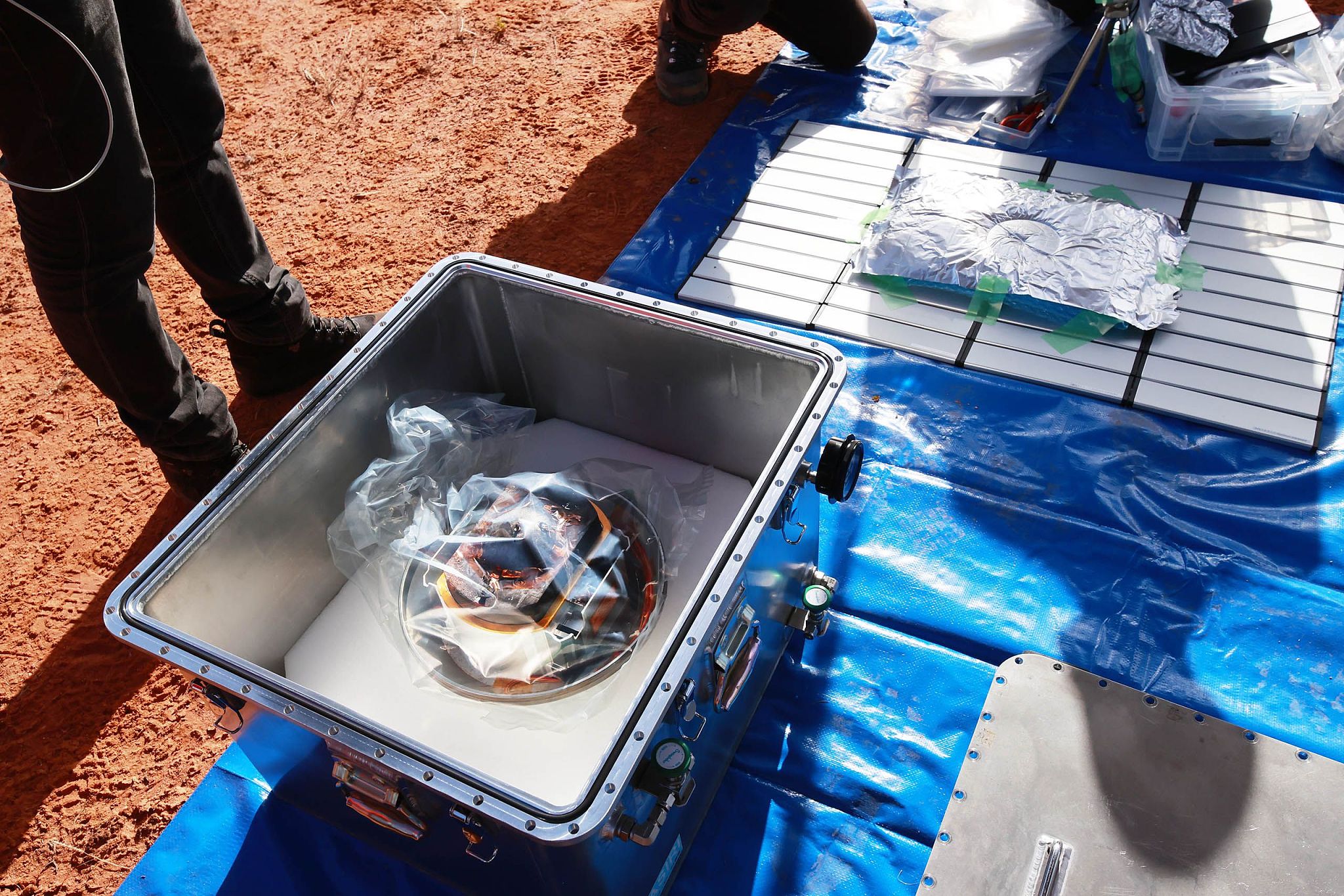 The recovered capsule carrying samples collected from a distant asteroid after being dropped off by Japanese space probe Hayabusa-2. /CFP

The recovered capsule carrying samples collected from a distant asteroid after being dropped off by Japanese space probe Hayabusa-2. /CFP

The capsule of Japan's asteroid probe Hayabusa2, which landed safely in the remote Australian outback on Sunday, has brought back what scientists hope to be samples from the ancient Ryugu asteroid that could help explain the origins of life.

These are also the world's first asteroid subsurface samples returned to Earth.

The spacecraft, launched from Japan's Tanegashima Space Center in 2014, took four years to reach the asteroid Ryugu before taking a sample and heading back to Earth in November 2019.