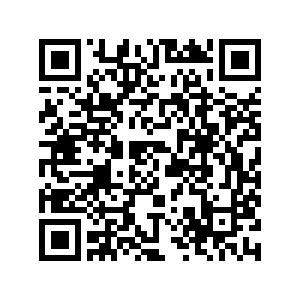 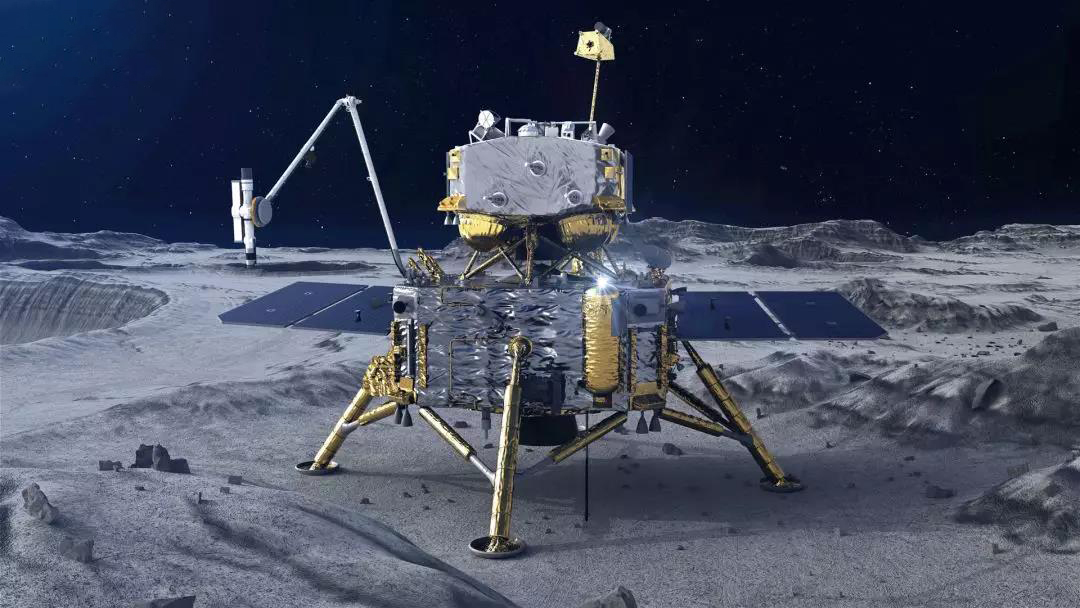 The Chang'e-5 probe successfully landed on the near side of the moon to collect samples, the China National Space Administration (CNSA) announced on Tuesday.

With the space probe's ascender on top, its lander made a touchdown at around 11 p.m. BJT, becoming China's third probe that has successfully made a soft landing on the moon. It has sent back footage of the moment it landed.

Footage of the landing moment sent back by Chang'e-5

Footage of the landing moment sent back by Chang'e-5

The Chang'e-5 probe, launched on November 24, includes a lander, ascender, orbiter and returner. After the spacecraft entered the designated circular lunar orbit, the lander-ascender pair separated from the orbiter-returner group and descended.

When the lander-ascender combination reached a position about 15 kilometers above the lunar surface, a 7500N engine started to work and gradually slowed its descending speed from about 1.7 km/s to zero. The process took 15 minutes and the two vehicles steadily landed at the designated site on the moon.

"The most difficult part of the landing is for the modules to hover above the lunar surface," CNSA engineer Wang Qiong told CGTN. "The modules' engine thrust must counteract the lunar gravity so that the modules can hover there and evaluate the situation of the landing site before touching down on the surface," he added.

The landing site is located in the Ocean of Storms, a region in the northern hemisphere of the near side of the moon with flat terrain, ideal temperature, light and communication conditions. This is an untouched place that has never been visited by human being or spacecraft, which means samples from here can offer new information, according to CNSA.

In the next two days, the lander will collect about 2 kilograms of lunar samples.

The lander will shovel some surface material and also drill a 2-meter-deep hole and scoop up the soil from inside it, which will act like an archive of the moon, with the bottom recording information from a billion years ago and the top more closely reflecting the present day.

Getting hold of samples would allow scientists to confirm the age of the rocks and compare them with other cratered areas on major rocky bodies in the solar system.

Then, at the proper time, the returner will separate from the orbiter and carry the samples back to Earth, finally landing in north China's Inner Mongolia.

Tech It Out: Chang'e-5, China's most complex space mission ever

Once completed, the Chang'e-5 probe will become part of the world's first unmanned sample return mission from the moon since 1976, and will make China the third country in the world to bring back lunar samples after the U.S. and the former Soviet Union.

Chang'e-5 is one of China's most complicated and challenging space missions so far, and will contribute to scientific studies in fields such as the formation and evolution of the moon.