Download
Why is China moving to digital RMB?
Cartoon 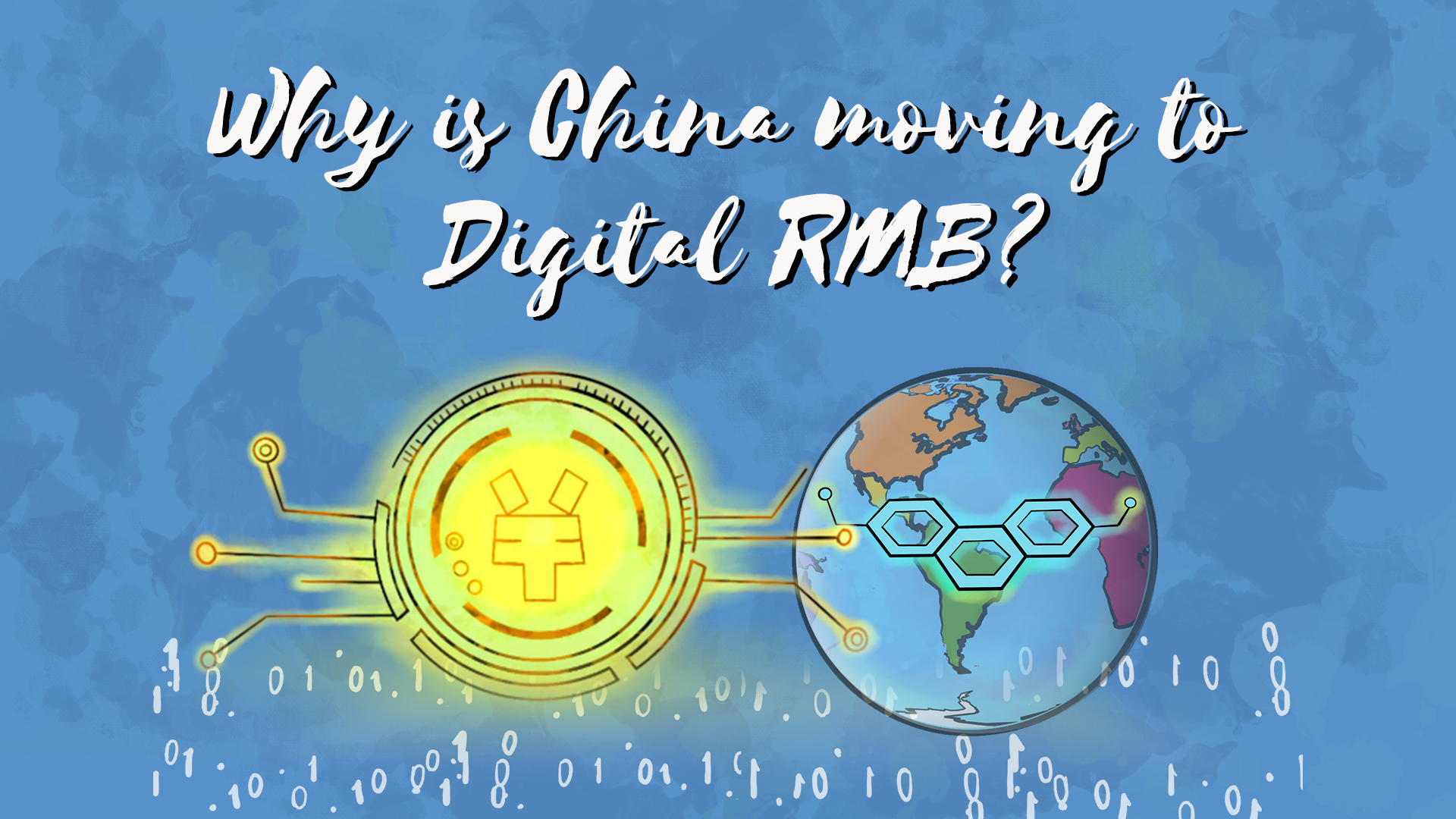 China's idea of introducing a digital renminbi (RMB) took the world by surprise. Pilot programs have so far been launched in four cities and at 2022 Winter Olympics venues in the country. This is one of the building blocks of China's move towards "world market" status and greater involvement in setting the framework of the global economy.

What is the digital RMB?

It is simply a digital form of China's physical currency. Powered by blockchain technology, it is distributed by China's central bank to second-tier providers including state-owned banks and online payment providers, such as Alipay and WeChat Pay.

These second-tier providers are authorized to transfer digital currency to individuals and businesses that can then make payments with money in their digital wallets.

Why move to a digital RMB?

This is a logical development because China already leads the world in digital transactions, accounting for 44 percent of the global digital payments' total transaction value. It's the world's first sovereign digital currency and so China will have full control over the currency's circulation.

What are the advantages?

Unlike China's hugely popular Alipay and WeChat Pay, transactions using the digital RMB can be done without the internet. It also won't require a bank account to access funds, so it will be of great benefit to the 20 percent of adults in China without bank accounts. This is a big step in helping poverty alleviation.

It allows real-time collection of data related to money creation and bookkeeping, and provides a useful reference for the implementation of monetary policies. This can improve economic planning because accurate economic information is quickly available.

Can the digital RMB be used outside China?

Yes. Even though at this stage the digital RMB is for domestic use only, in the future, individuals will be able to use it to make payments abroad. International businesses involved in China's import and export sectors can also do transactions in the digital yuan. For these businesses, the digital RMB is particularly useful because it reduces the time for trade settlements and reduces counter-party risks.

The currency also makes it easier to settle trade transactions between Belt and Road Initiative partners, who use many different currencies. They will no longer need to use a third party currency to complete the transaction.

The digital RMB therefore promotes the internationalization of the RMB and helps to reshape the current cross-border payment system.

How is the digital RMB related to China's dual circulation economy?

The digital RMB is the unifying feature of the dual circulation economy by seamlessly linking both domestic and external components so they are safe from foreign interference. A digital RMB stands by itself and does not need to use the U.S. dollar settlement system.

It is an essential part of China's innovation and digital economy, which includes AI, big data, and 5G.

Does the digital RMB mean China will isolate itself from the rest of the world?

It means the exact opposite. The digital RMB allows China to expand its engagement with global trade partners and actively participate in reforming world economic governance.